As a big part of my blog is about getting to know all of the sustainable food products out there, checking out the exhibitors is always an important aspect for me at the Weston A. Price Foundation‘s Wise Traditions conferences. It’s one of the few conferences where I don’t have to sort through the healthwashing, farmwashing, and greenwashing to find companies that sell real food. As I’d attended the conferences a few times now, I’ve gotten to know many of the frequent vendors, but there still were some new discoveries. Here are my seven favorite exhibitors which I learned about the 2018 Wise Traditions Conference. 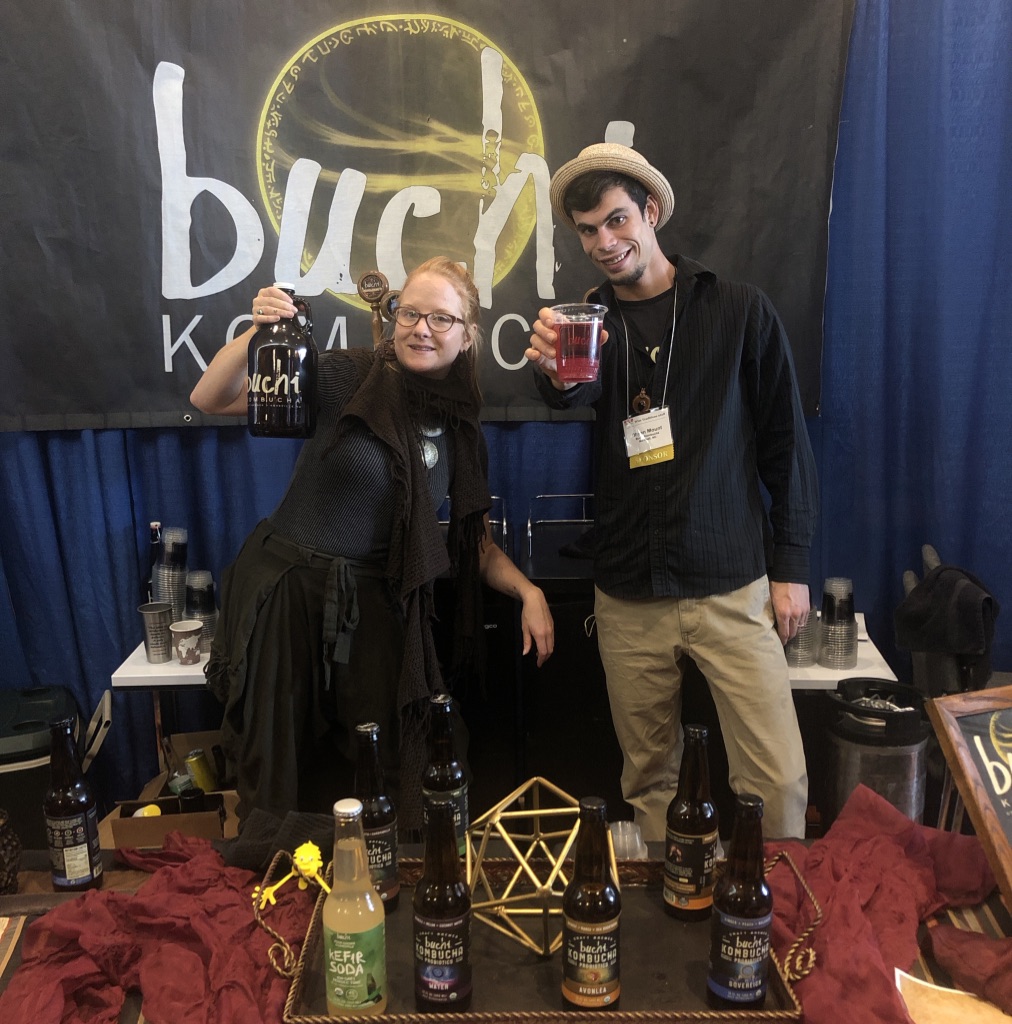 At the Wise Traditions conferences, you can always expect to see kombucha available at every meal. In addition to Buchi Kombucha being served in the dining area, they had an exhibit booth to sample all of their kombuchas and kefirs. I refer to it as doing a kombucha flight. Both the kombucha and kefirs were satisfying. Kefirs are a great natural alternative to sodas… or pop as I called it growing up in the midwest. And they had diverse variety of kombucha flavors. Unfortunately, they’re not yet available in stores in California. But those of us on the west coast can order them through Amazon. 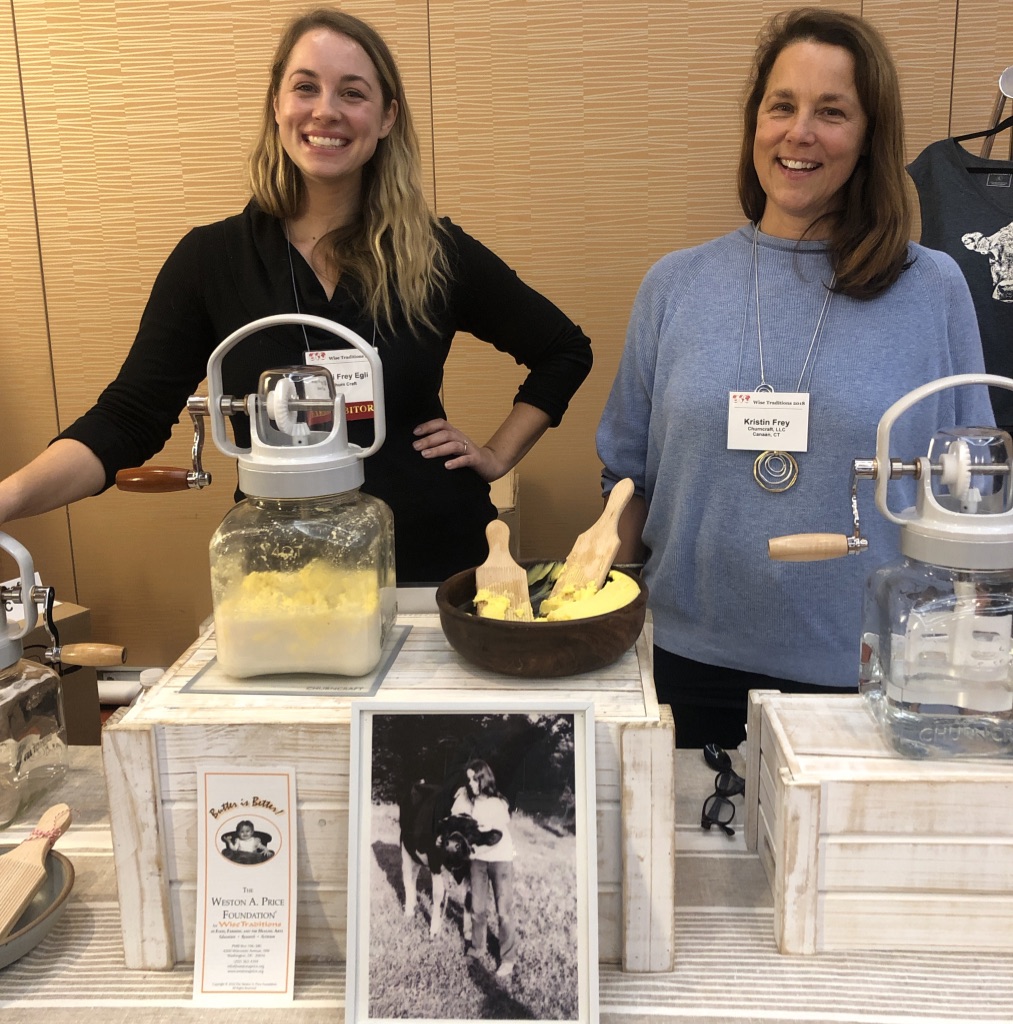 All Weston A. Price members know about butter being a great source of vitamin K2. Many of us go through butter very quickly as we use it to cook meats and veggies, bake goods, and spread it on our vegetables and breads. And with what Will Winter explained at the conference about how there’s a greater difference between grass fed and grain fed milk than between organic and conventional milk, grass fed butter can be very expensive. Enter the mother daughter team behind Churncraft. Their butter churners make two pounds of butter from two quarts of milk. And the butter they had on display at their booth was made from raw milk. 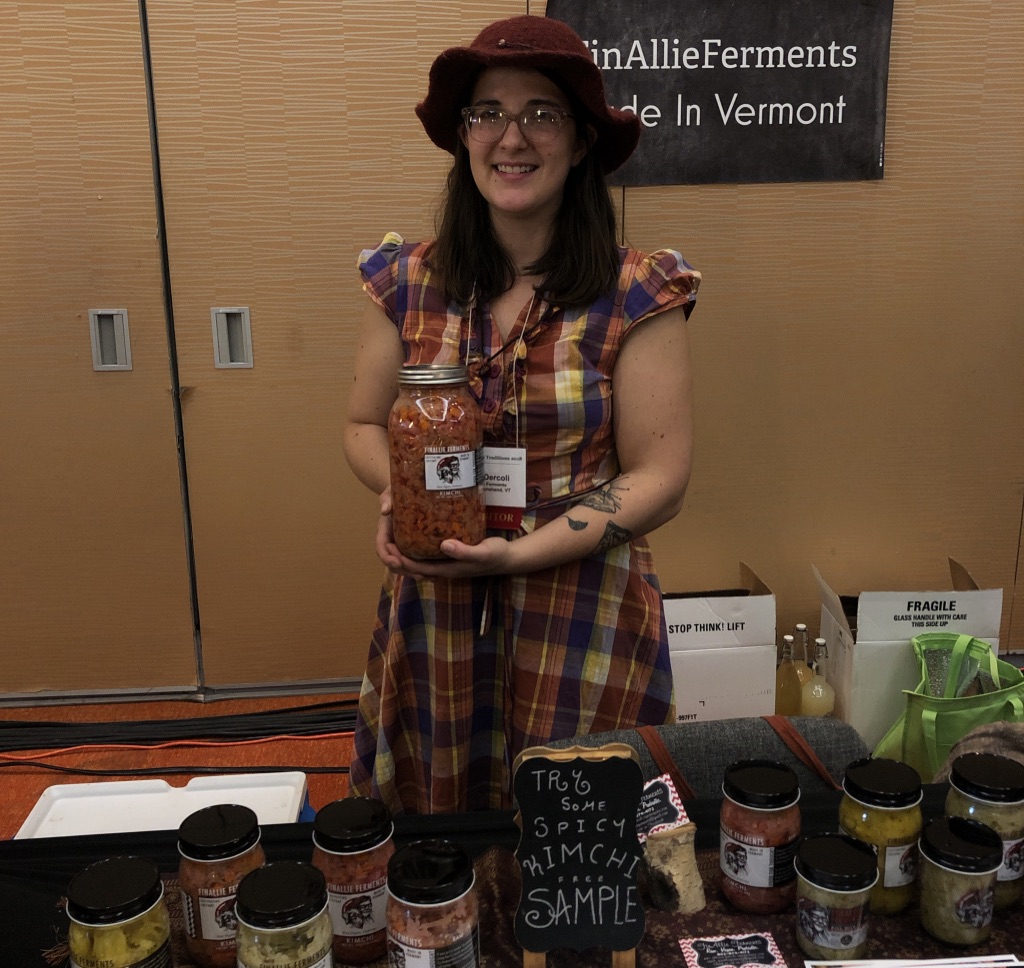 Along with kombucha, discovering new sauerkrauts at the Wise Traditions conference is also something I always look forward to. FinAllie Ferments is the team of Allie and her dog Fin, both of which are pictured on the jars. Allie has a small farm and raises a small herd of cattle. The vegetables for her sauerkrauts and kimchis come from neighboring organic farms. Her products are all fermented in oak barrels and ceramic crocks. Allie also recently began running a Weston A. Price chapter in southern Vermont with Leigh Merinoff, who spoke at the conference. 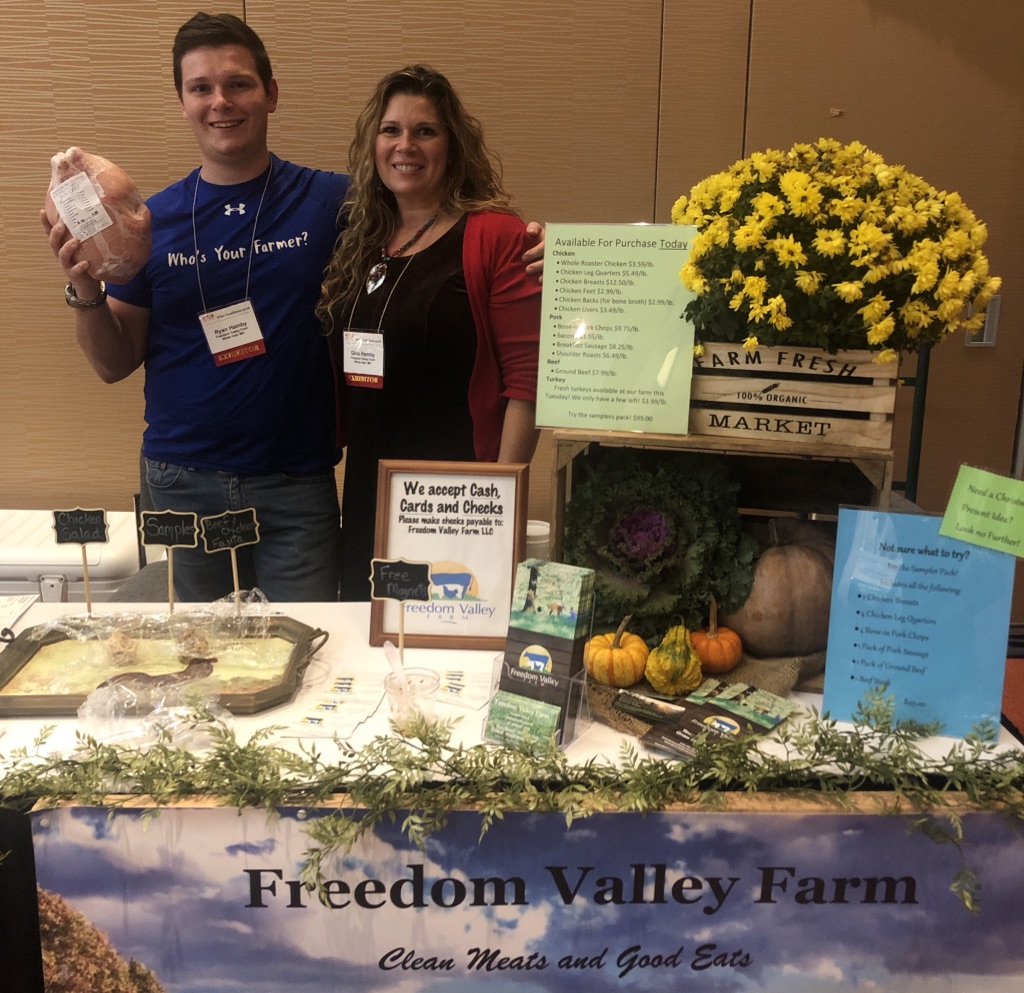 With many farmers retiring, there’s a need for more young people to go into agriculture. I know some in LA and it’s always inspiring to meet young farmers in other parts of the country. Being at the conference in Maryland, I was able to meet several young farmers in that region. And it’s hard to turn down the chance to sample so pastures meats. So the Freedom Valley Farm table immediately caught my attention. They take pride in raising their animals humanely. They don’t give the livestock any antibiotics vaccines, or hormones. 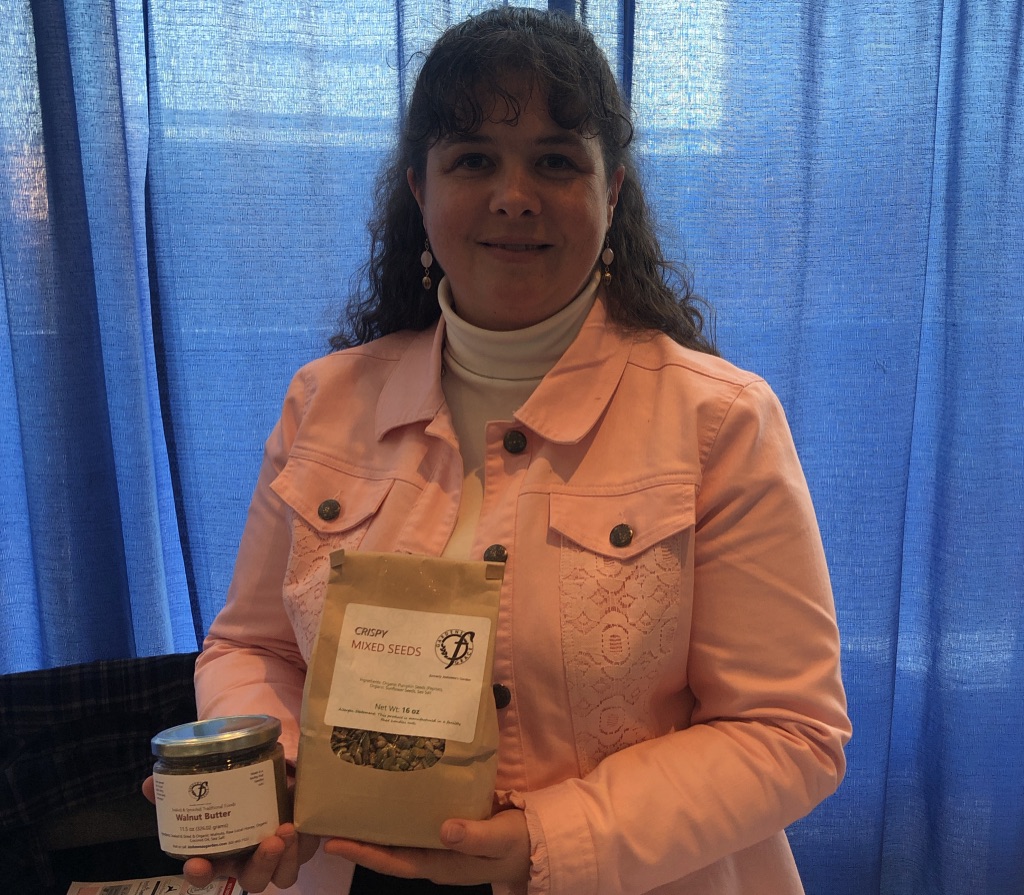 The Wise Traditions is one of the few conferences where I can find nuts that are properly prepared. Nuts need to be soaked or sprouted in order to reduce the phytic acids. Gardens of Grace has organic pre-soaked nuts. Gardens of Grace also makes nut butters from almonds, pecans, cashews, and walnuts. As many people are allergic to peanuts, nut butters make a great substitution. Gardens of Grace additionally makes pre-soaked cereals. Modern cereals, even organic ones, are a major problem food in the standard American diet. Traditionally cereals were soaked before consuming. As that took time, cereals began to be heavily extruded to speed up the process. So Gardens of Grace is one of the few companies making real cereals. 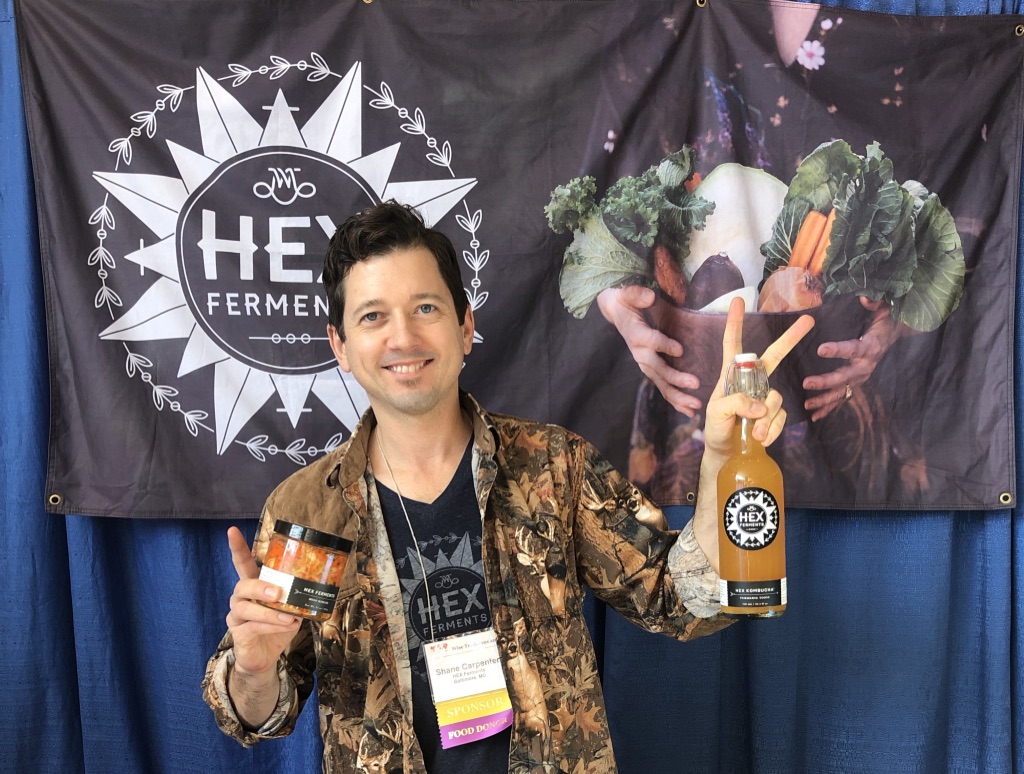 As the conference was in Baltimore, many of the exhibitors were from the east coast. Hex Ferments was from Baltimore itself. They make both sauerkrauts and kombuchas. I can never get too many of those types of vendors at conferences. Their tasty krauts and fermented vegetables were provided at many of the meals. One of the products which specifically caught my eye was a miso kimchi which using chickpeas instead of soy. Hex Ferments also recently got an organic certification. 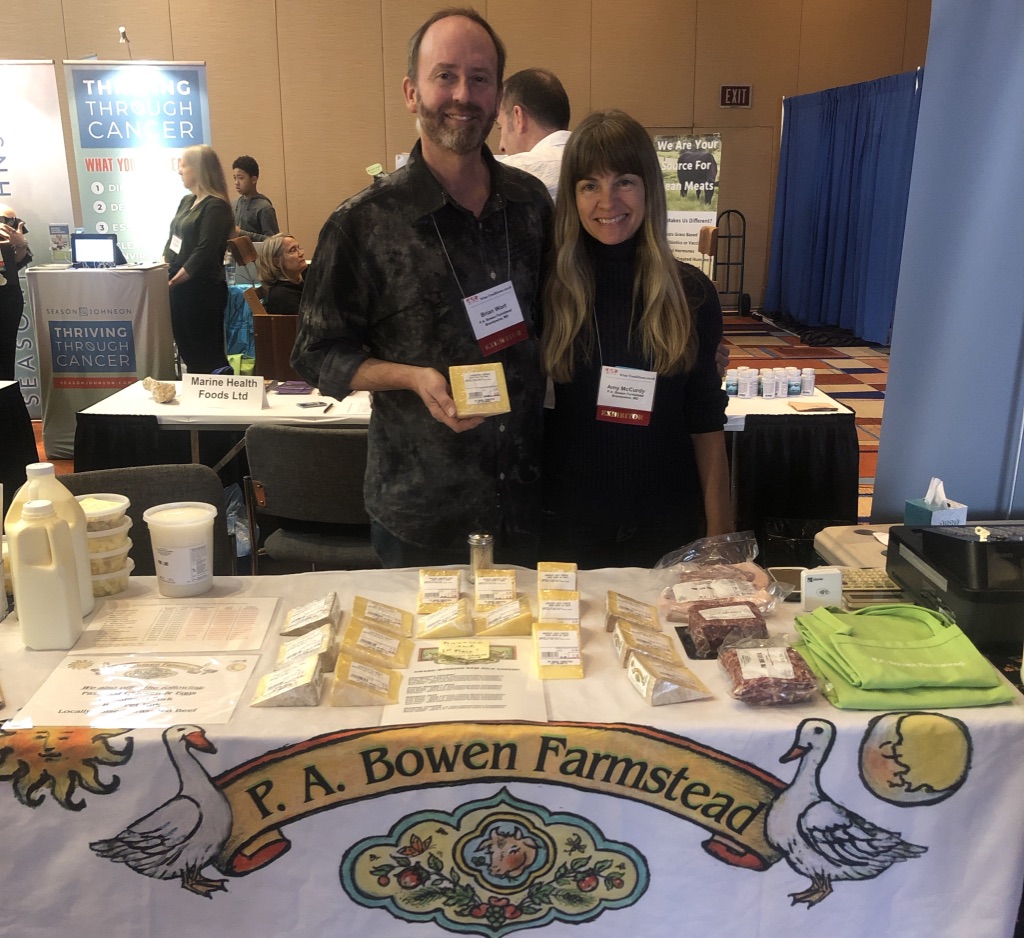 This was my first conference where I stayed a day later to attend the farm tour. I’d always wanted to do the last day of the conference. I knew I had to when I heard we’d be visiting Sally Fallon’s P.A. Bowen Farmstead. It was even better getting to meet new the farm managers in the exhibit hall a day before and tasting their raw cheeses. Husband and wife team Brian Wort and Amy McCurdy manage the farm. It was wonderful getting to meet them and learn more about all of the animals on their farm before going to visit them the next day.