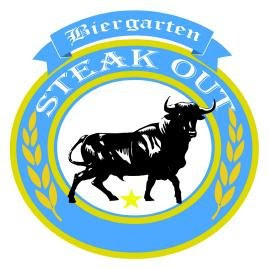 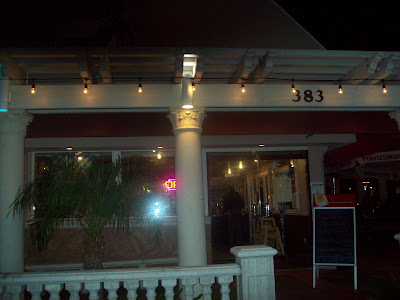 Last weekend was the Wise Traditions 2012: 13th Annual Conference for the Weston A. Price Foundation at the Santa Clara Convention Center. I discovered the Weston A. Price Foundation about a year ago and it’s made a great impact on how I’ve been eating and living my life.  A lot has happened in one year.  I’ve read up on what’s considered traditional food.  I’ve gotten involved with my local Weston Price Chapter in Pasadena.  I’ve started an Internet radio show where I’ve interviewed many of the key WAPF members.  And to top it all off, I took over running the Weston A. Price Singles Group on Facebook.
The conference in Santa Clara was my first.  As membership in the Facebook Singles Group was steadily growing, I thought it would be a great idea for the ones attending the conference to get to “meat” each other in person.  I wanted to hold a singles mixer at a bar or restaurant, but it had to be a place that served food somewhat related to the Weston Price dietary guidelines.  I took a look at San Francisco restaurants on the website Grass Fed Beef Restaurants and found there was a place about 7 miles from the Convention Center called Steak Out. 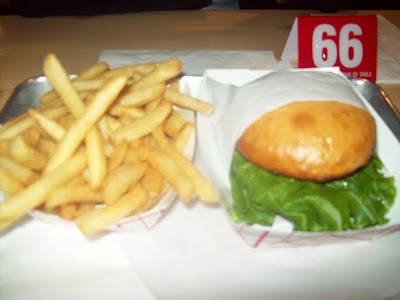 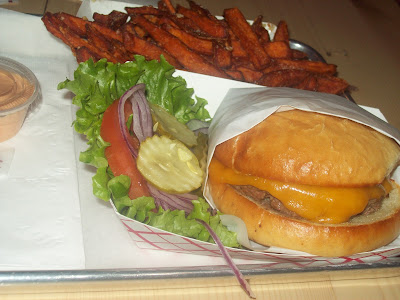 The main item Steak Out is known for is its burgers.  Any Weston Price member will appreciate that the patties are grass fed and locally sourced from Marin Sun Farms, which is in a 100 mile radius of the restaurant.  The beef is served on a potato brioche bun.  The buns could be described in Nourishing Traditions terms as a “compromise food”.  The potato starch is a more natural alternative to what buns are normally made of, but the brioche buns still consist of some white flour.
I knew about the potato buns from reading the menu, but as often is the case, nothing was said about how the fries were cooked.  I did my duty as a WAPF member and asked what they were fried in.  I was told peanut oil.  While peanut oil isn’t as stable as beef tallow or coconut oil when it comes to cooking, it’s still better than the typical fries drenched in rancid canola or soybean oil. 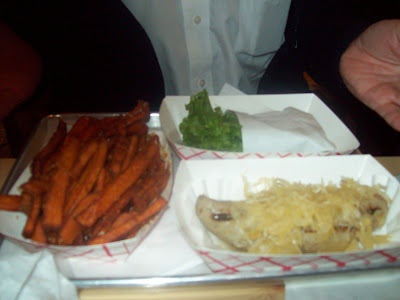 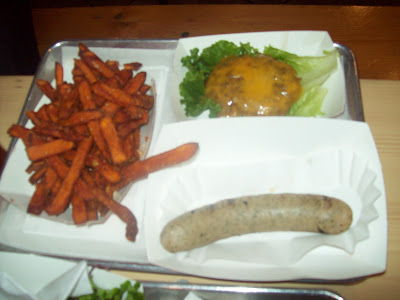 While some of us decided to treat ourselves and go for the potato bun.  Others decided to go a more traditional root and have the burgers in a lettuce wrap. 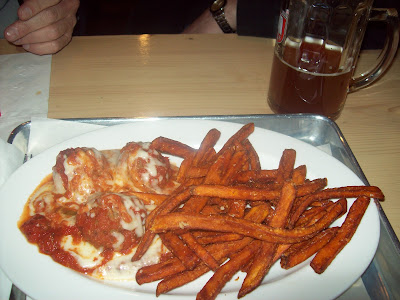 Steakout also offered meatballs.  And many went for a pint of beer.  Beer is okay to drink in moderation, but  it’s best to always go for the unpasteurized options.  The items on the beer menu were all from small craft breweries, which are typically unpasteurized as well as very sustainable in the way the beer is produced. 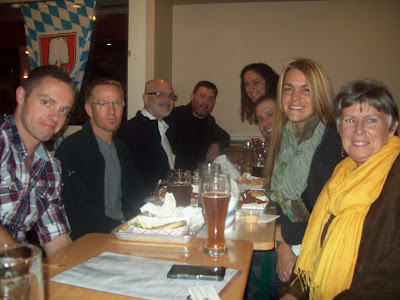 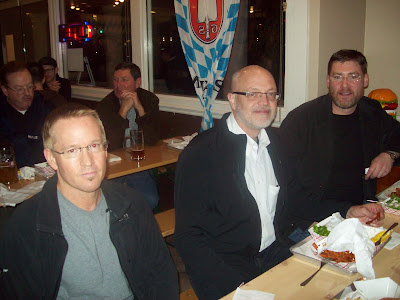 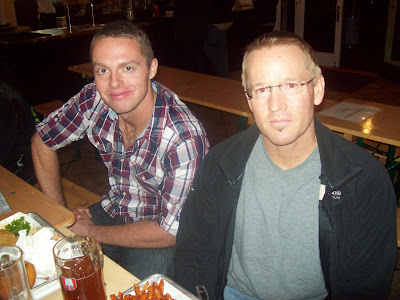 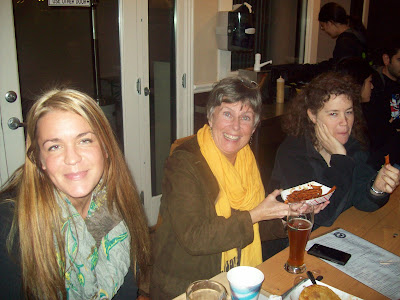 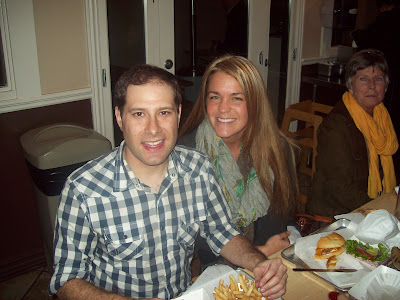 The first Weston A. Price singles mixer was a great success.  Steak Out was packed with bachelors and bachelorettes hungry for some sustainable pastured meat and ready to find other like minded individuals.  It was a great opportunity for people in the Facebook group to meet face to face and others to meet for the first time.  We got a chance to talk about what we see for the future of the Weston A. Price Foundation.  Many great connections were made and people from the group continued getting to know each other, attending presentations and meals together at the conference.

Special thanks to Colette Hory for taking many of the photos.