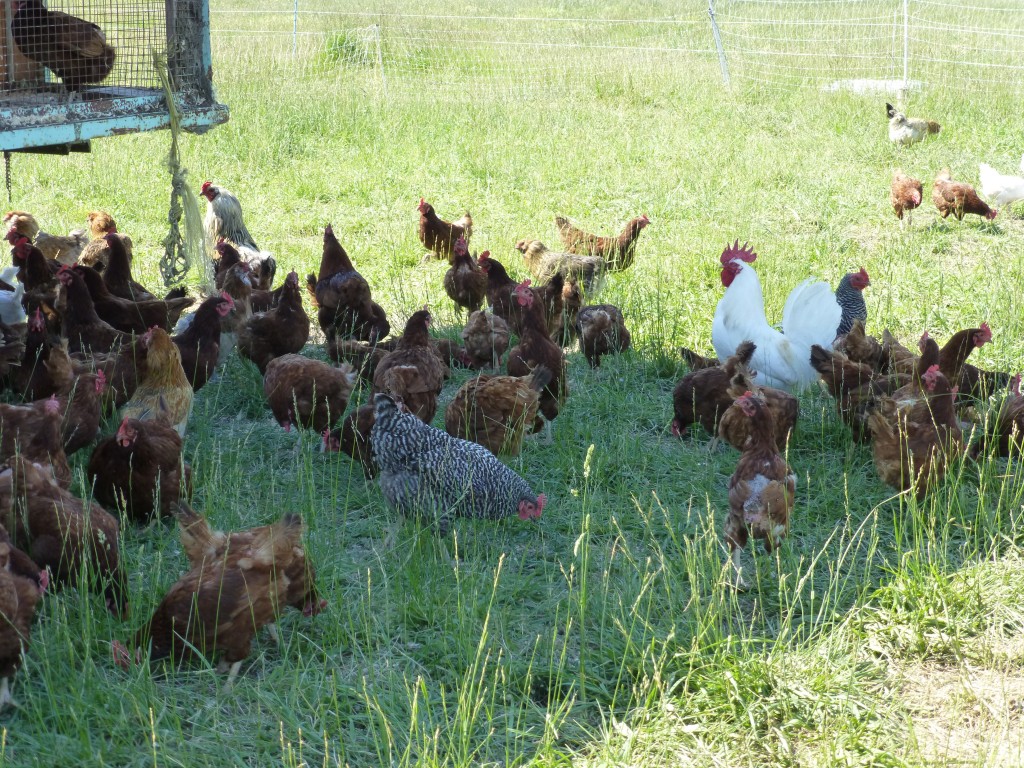 Spring is here again. And no food better represents springs than eggs. The egg has been a symbol of spring in many different cultures dating back to ancient Rome. To Romans, the egg meant new life and reproduction.

My connection with eggs and spring time is Passover. For the holiday, a roasted hard boiled egg represents a festival sacrifice that was offered in the Temple of Jerusalem. We also dip eggs into salt water, combining two of my favorite things: eggs and salt.

And eggs are well known with the holiday of Easter. To Christians, the egg means the resurrection of Jesus Christ. Additionally, egg hunts and colored eggs have become popular with the holiday in modern times.

As The Appropriate Omnivore, eggs have another special meaning to me. It’s one of the earliest foods I remember enjoying. Even before steak. Back in 2011, I learned the benefits of cholesterol and saturated fat. I then realized how amazing of a food eggs are as the yolk has the highest amount of cholesterol in any food. Eggs are also a great source of vitamins A, B, D, E, and K plus provide iron, phosphorus, potassium and calcium, choline. So I can now savor my eggs at breakfast time and not fear eating the yolks.

But as with all foods, it’s important to properly source your eggs and know the true meaning of the labels. There are many brands of organic eggs, but the organic label doesn’t say anything about whether or not the chickens where raised in confined spaces. It simply means the hens were given an organic feed. Even free range isn’t all it’s cracked up to. The only requirement for a free range label is the chickens have access to the outdoors, but they may never be let outside.

The minimum for finding nutrient dense eggs is a label of pasture raised. This means the chickens are given at least 108 square feet of pasture. However many of the eggs listed below go beyond this standard.

A great option for pasture eggs is your local farmers market. You’re buying locally and might even be able to visit the farms yourself to find out if the hens are truly pastured. For those who don’t have that option, here in alphabetical order are 10 pasture raised eggs you can find in supermarkets:

Alexandre Family Farm founders and 5th generation farmers Blake and Stephanie Alexandre began a dairy in 1988 in southern California, where Stephanie grew up. With Blake always wanting to return to northern California, they seized upon a farm was for sale in Del Norte County in 1992. This location was just two hours north of the original Alexandre farm in Ferndale. In addition to Blake returning to northern California, this was also the chance for both Blake and Stephanie to return to the practice of organic grass grazing cows like their grandparents did. More recently they’ve been certified regenerative by the Savory Institute‘s Land to Market and the Regenerative Organic Certified program. Their cows are also A2. Along with dairy, they have eggs under the label Alexandre Kids as the children helped them start the egg business back in 2005. Their children are now adults and are 6th generation farmers working for Alexandre Farms.

The company Egg Innovations is about improving animal welfare and returning to family farms. Through their subsidiary Blue Sky Family Farms, they’re able to provide pastured eggs. Their devotion to being environmental also includes putting their eggs in cartons which are made from 100% recycled post-consumer newsprint. Plus the cartons are 100% recyclable and biodegradable.

The Burroughs Family Farm is a joint effort Burroughs siblings owning and operating individual farms while connecting with the other farms by methods organic and sustainable agriculture and other shared resources to help each farm out. They also enroll their hens in a management intensive grazing system of intense grazing followed by three weeks of rest.

Originating from an Amish farmer in 1997, Farmers Hen House was born with a few farms in Kalona, IA. A few years later, Kalona local Mark Miller helped expand the farm further. The majority of it is still local farms along with some in Bloomfield, IA and northern Missouri. Many of their farms are powered by solar energy, including their processing plant.

Handsome Brook Farm is a collection of small farms who share in their values of providing acres after acres of rotated pasture. Their family farms range across six states from the east coast to the midwest.

Since 1954, the Pitman family has been raising chickens. Many people are familiar with the brand Mary’s Free Range Chickens. They also have a label Mary’s Free Range Pasture Raised Chickens, which abide by their highest standards. With their pasture raised category, shoppers can find eggs in addition to chicken meat.

The history of Pete and Gerry’s dates back to the late 1800’s and the Ward Family Farm in Monroe, NH. Robert Ward farmed dairy cattle and hens. When World War II ended, Robert’s son Les returned from the Navy and expanded the farm with his brother-in-law Rodney Stanton. When factory farmed eggs were driving small farms out of business in the 1980s, the two refused to go in that direction. The farm is now run by Les’ daughter Carol, her husband Gerry Laflamme, and Rodney’s son Peter Stanton. The Pete and Gerry’s brand was named after them and created to sell pasture raised organic eggs. Their eggs are free of antibiotics, synthetic pesticides, GMOs, or animal by products. In 2003, Pete and Gerry’s became the first Certified Humane eggs.

Raw Farm started in 1998 as Organic Pastures in Fresno, CA . Founder Mark McAfee discovered soon after opening the operations that the largest raw dairy in the world had folded. People began showing up at his ranch wanting milk which was raw and unpasteurized, so Mark began selling it after researching the principles of raw milk and seeing the benefits in it. More recently, they’ve begun selling pasture raised eggs in addition to their various dairy products.

Vital Farms starts in 2007 with a 27 acre farm in Austin, TX. When Whole Foods discovered their eggs at a farmers market, they began selling them throughout their supermarkets in the midwest. Vital Farms began working with small farmers all over the country using the Vital Farms name on their products. They’re now partnered with over 100 family farms and are sold nationwide.

Wilcox Family Farms is over 100 years old and is currently run by the fourth generation of the Wilcox family. Their organic and sustainable practices date back to when the land was purchased by the family in 1909. Being along the Nisqually River in central Washington State, the family knew they had a responsibility to not use any chemicals or pesticide which could run off into the river. They also use locally grown feed for the chickens when possible. Their eggs are now verified as coming from regenerative farms as part of the Savory Institute‘s Land to Market program.