In my first article about the Patchwork Show Edible Edition in Costa Mesa, I wrote about the vendors and speakers that were promoting real food.  Along with the vendors, a number of organizations had booths at the show and had some of their representatives speak on the panels. 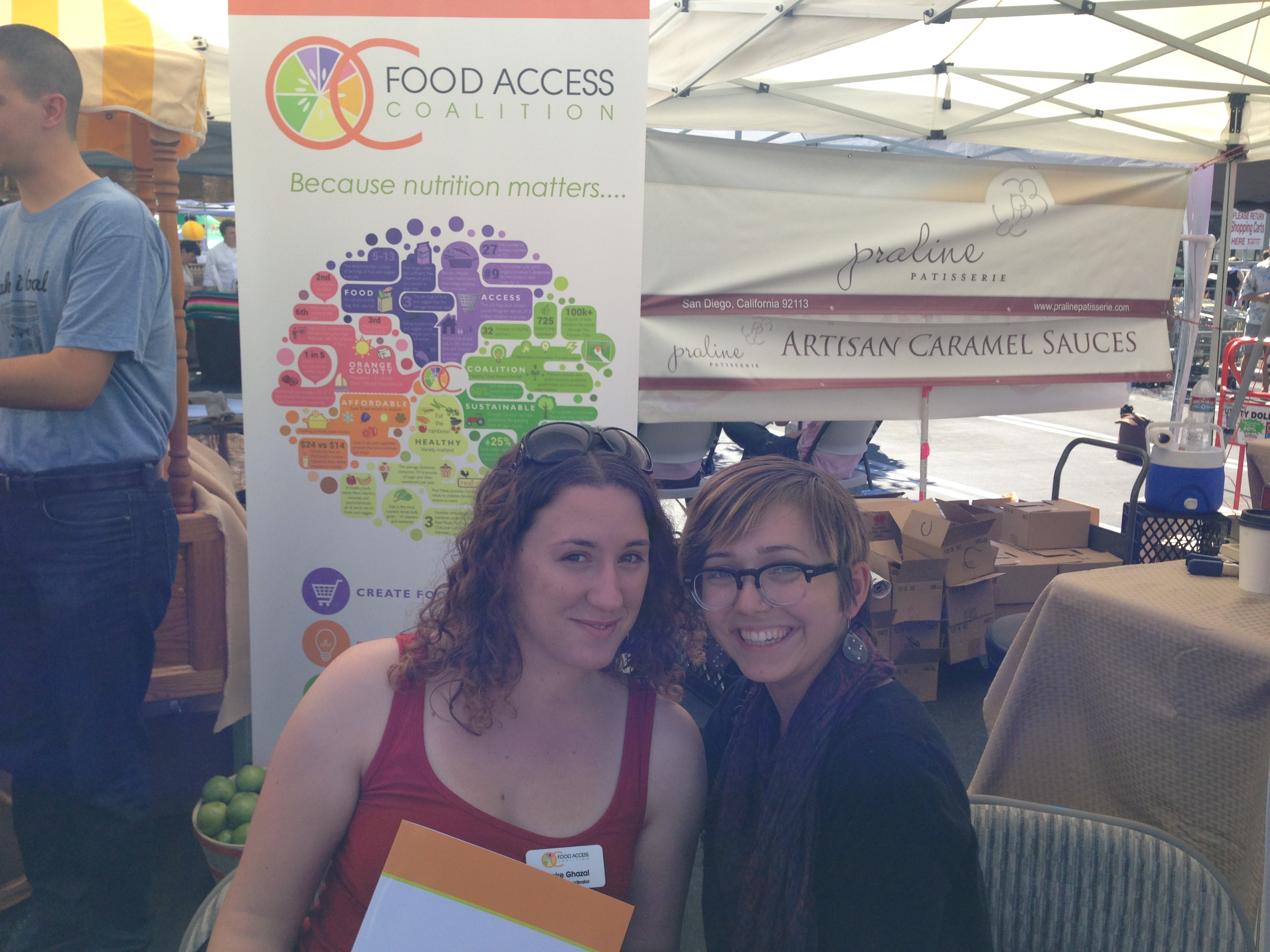 One of the exhibitors that I was extremely happy to learn about was the OC Food Access Coalition.  The OC Food Access runs various projects and is all about changing the local food system so everyone can have access to nutritious real food.  They do everything including food drives,  urban gardening, advocacy, and research.  Pictured above is Claire Ghazal, the volunteer coordinator, and Sonora Ortiz, who volunteers with the OC Food Access and also travels around doing all types of work for different farms. 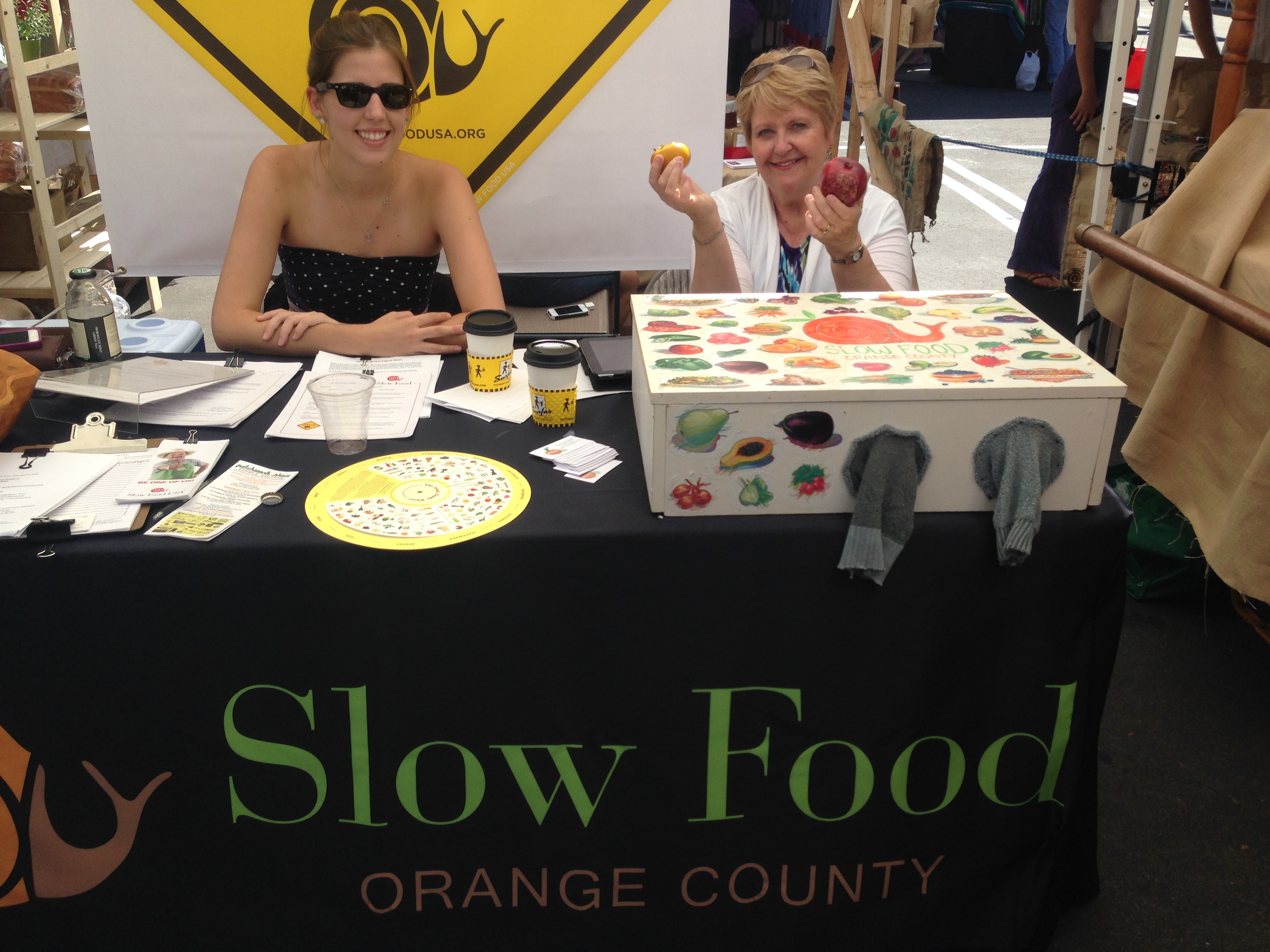 Working closely with the OC Food Access Coalition is Slow Food Orange County.  Slow Food is an international organization with chapters all over the U.S. and countries throughout the world. Slow Food’s mission is to link everyone to good, clean, and fair food.  The organization originated in Rome as a response to a McDonald’s franchise opening there.  Journalist Carlo Petrini organized a protest with the people saying “We don’t want fast food… we want slow food!”  And the movement was born.  The Slow Food network now has over 150,000 in more than 150 countries.  Their Orange County Chapter’s table was filled with information letting people know what great foods are in season now and what’s available all year round. 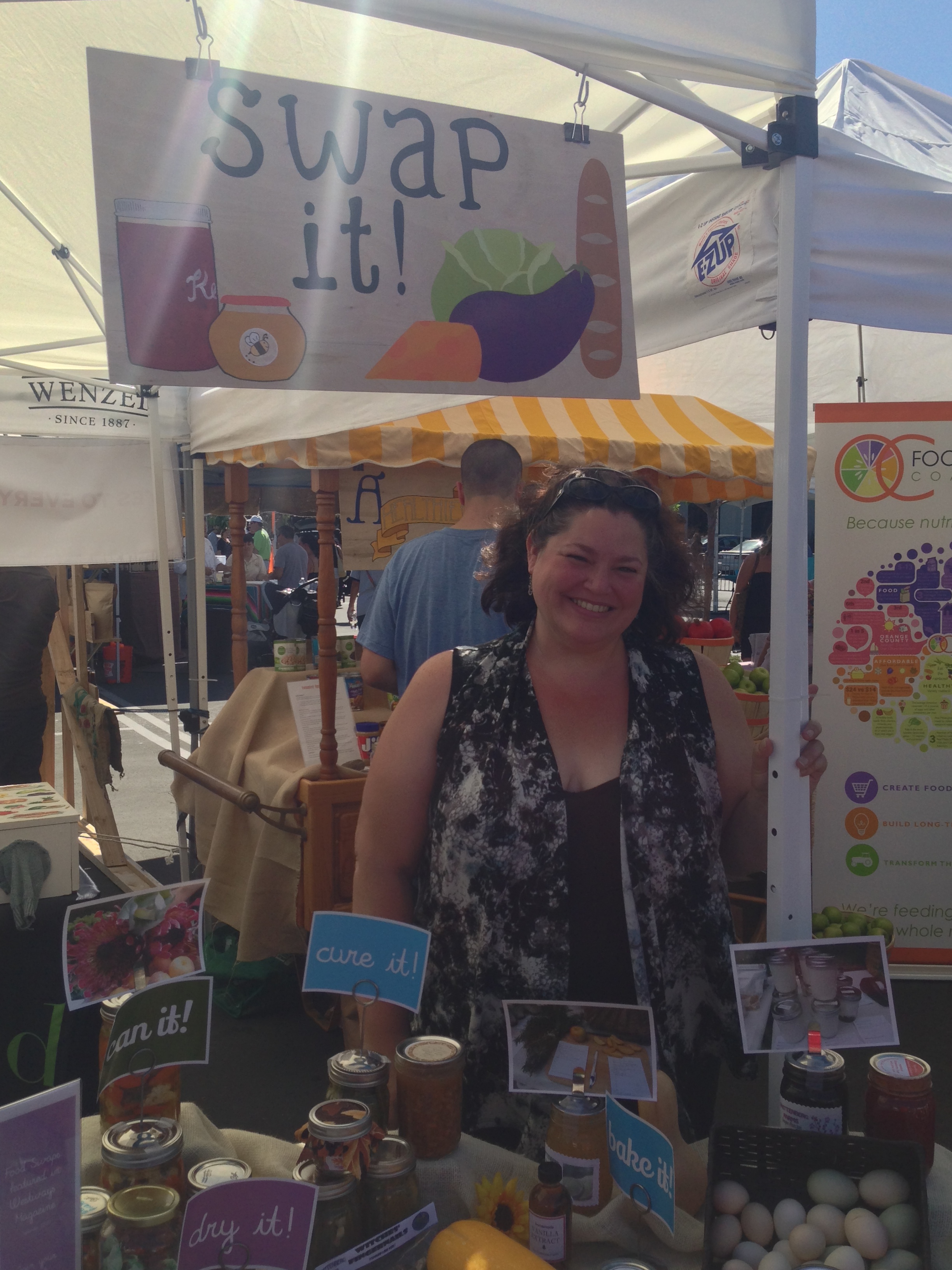 In addition to the OC Food Access, another group that works with Slow Food Orange County is the Central OC Food Swap.  Food swaps are a growing movement across the U.S. where anyone can bring goods that they’ve grown, made themselves, or even foraged and traded with others.  Farmer and journalist Sarah Wittenberg had a table filled with all types of foods that people can find at the swaps ranging from backyard eggs to fermented foods to baked treats. 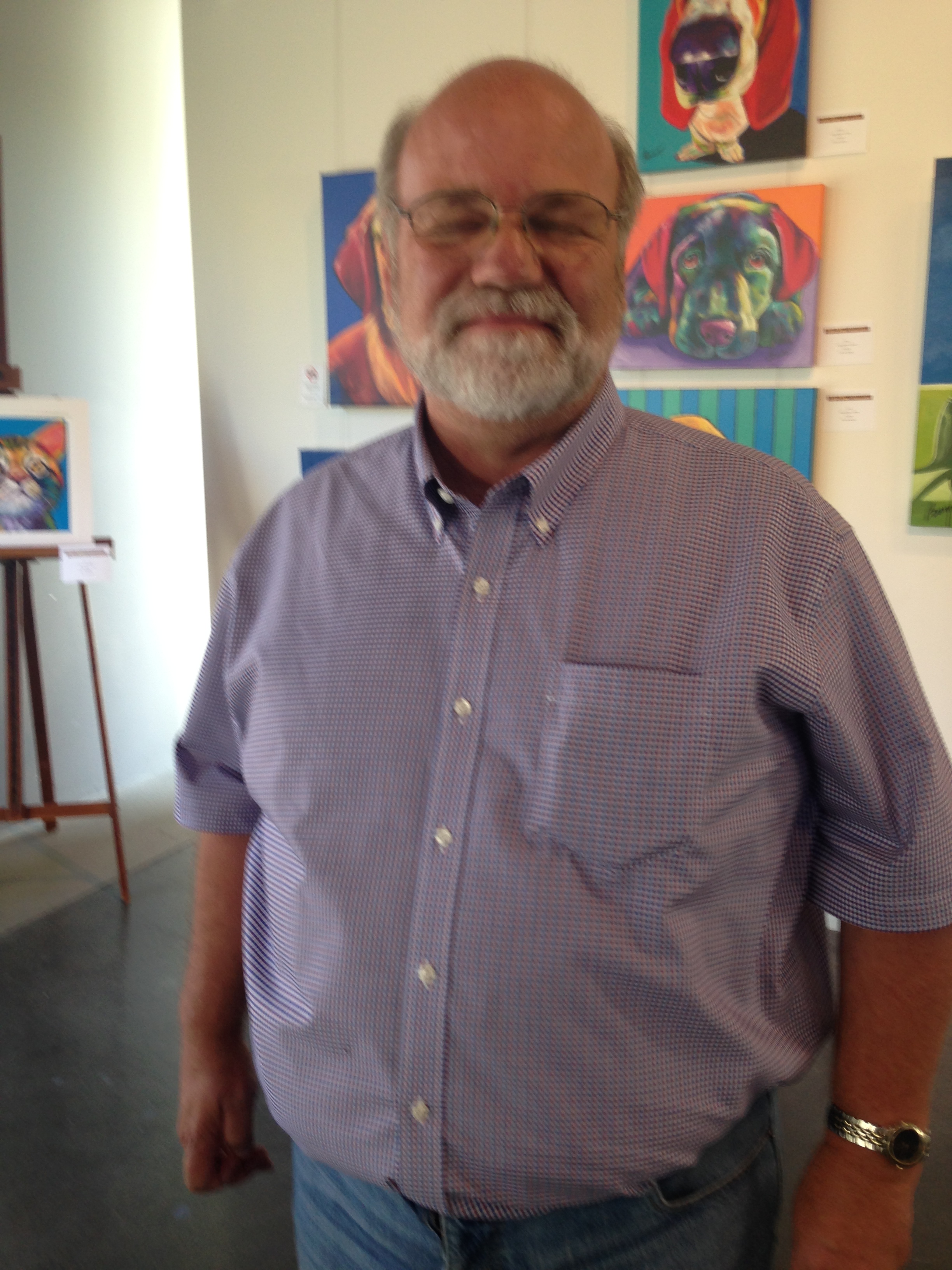 In addition to the booths for the numerous organizations, there was also a panel where members of Slow Food Orange County, the OC Food Access Coalition, and people from other organizations and businesses spoke about the future of food.  The panel was moderated by Dwight Detter (pictured above), a local forager for the Whole Foods Markets in the southern Pacific region. 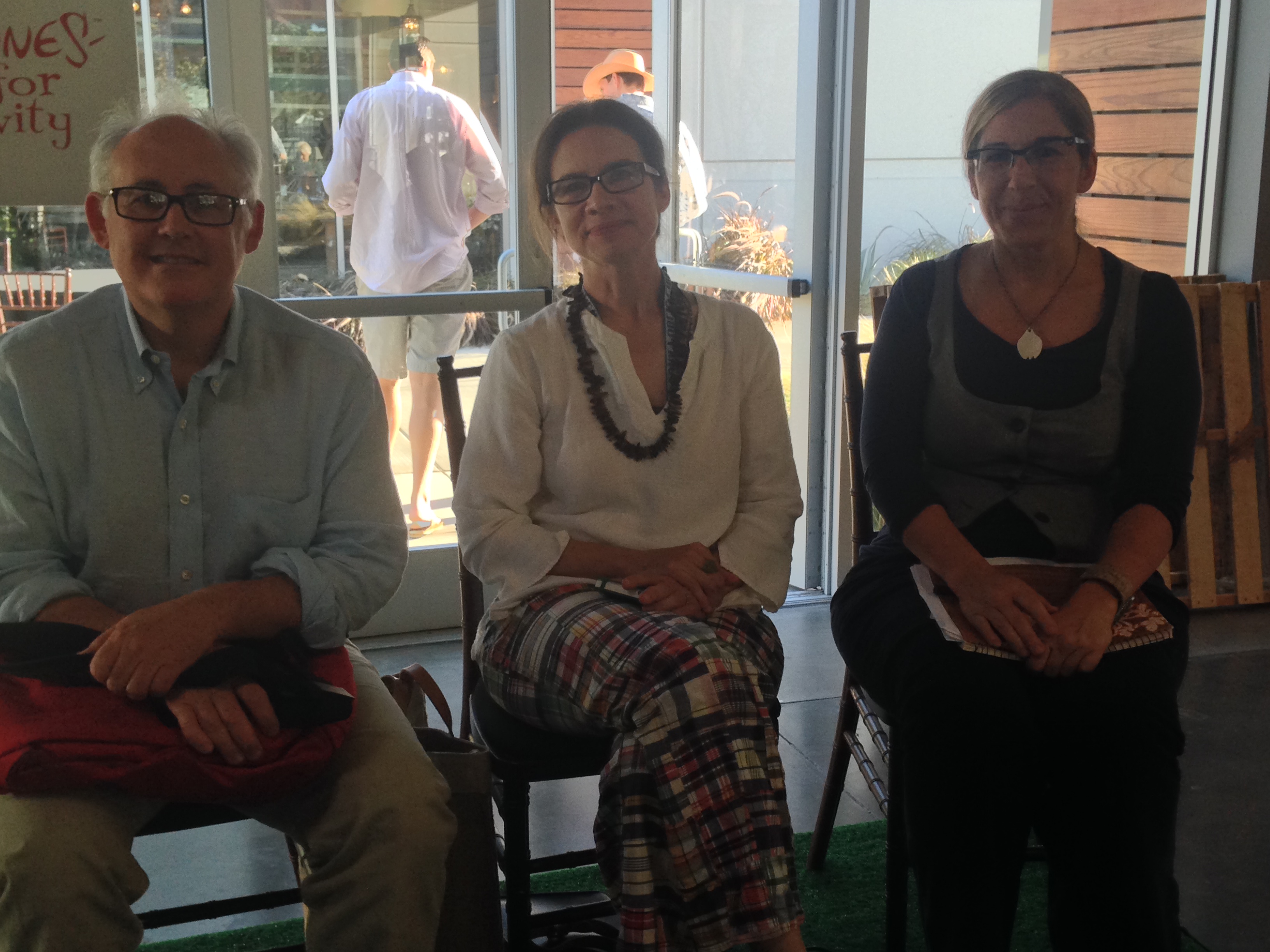 Pictured above are three of the four speakers on the future of food panel.  From left to right, the people are Michael  Dimock, president of Roots of Change and advisor to the CA Food Policy Council; Lisa Lucas, former Slow Food chapter leader; and Leah Delyte Di’Bernardo, chef and owner of the farm-to-table restaurant E.A.T. Marketplace.  One of the E.A.T. Marketplaces is located in the SoCo Collection where the event was held.  Another E.A.T. is based in Temecula. 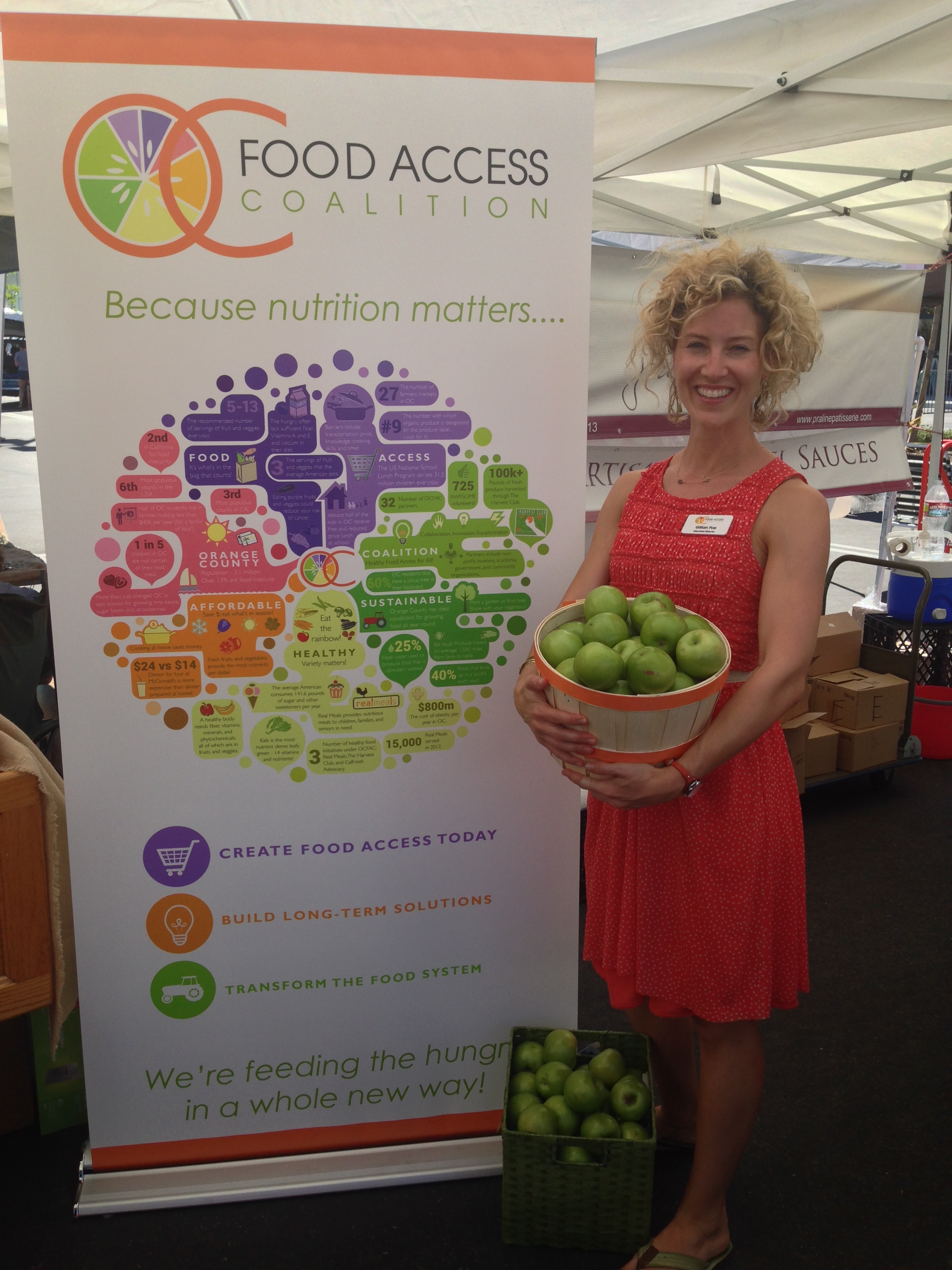 Also at the future of food panel was Gillian Poe, executive director of the OC Food Access.  The panel spoke about the big issues of modern food from GMO labeling to these organizations’ goals to what we can do to change the food system ourselves.  In addition to Dwight’s questions, the audience was very enthusiastic of the panel and asked valuable questions about how we can contribute.