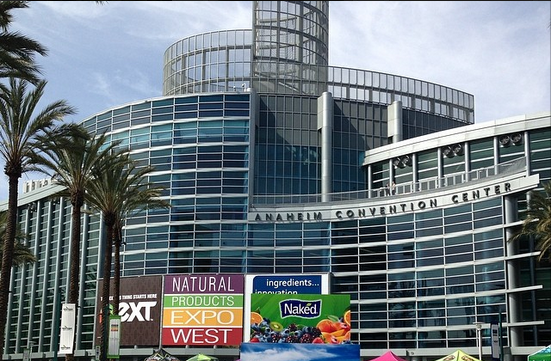 The Natural Products Expo has a cornucopia of products to help people live a more sustainable lifestyle. I recently wrote an article about my ten favorite discoveries at this year’s Expo. I marvel at how there are great new products every year and more people are catching on to the benefits of real food. Yet at the same time, I see many exhibitors at the Expo selling items that I don’t consider to be very natural.

With a name like Natural Products Expo, you have to expect a broad arena. It’s hard to define what “natural” means. And there are so many opposing view points out there as to what food is good or bad. Surely, something like the Wise Traditions Conference has a better batting average as far as exhibitors that fall under natural in the Appropriate Omnivore universe.

But I don’t want to simply criticize the Natural Products Expo for allowing in all of these unnatural exhibitors. Instead, I’d like use this as a way to look at where the majority of the natural health world still falls short.

So what did I see lacking at the 2015 Natural Products Expo West? Was it not enough pastured meats? No. While there were still many exhibitors selling grain finished beef and other meats, I was pleased at the number of grass fed products ranging from ground beef to jerky to cured meats and many other varieties.

Was it that not everything at the Expo is non-GMO? It’s true that some products there contained GMOs, but a great number of vendors not only avoided using GMOs, but went the extra mile and received non-GMO verification.

How about products that were sprayed with pesticides? That’s a tough one. It’s not common knowledge, but there are actually over 40 chemicals allowed in organic farming by USDA standards. The only way you can really know if a product is organic is by growing it yourself.

Maybe you’re thinking the biggest issue at the Expo was products with refined flours. Yes, there were many baked goods using flours that were refined, enriched, and/or bleached.  But there were at least exhibitors like To Your Health Sprouted Flour and Bob’s Red Mill that allow consumers to bake their own goods using real flours.

And then there were all of the products that used sugars. Yes, there were a lot of them from candies to breads to cookies to ice creams. The overuse of sugar is an issue that’s still largely ignored. There were only handful of vendors that displayed products with natural sweeteners, such as coconut sugar, maple syrup, honey, or simply used fruit concentrates.

Still I didn’t see any products at the Expo that include high fructose corn syrup among their ingredients.  There were some products containing agave, a sweetener that many so-called health experts are still duped into believing is natural. Some exibitors likely used sugar derived from GMO beets, but at least the vast majority of the products had cane sugar instead. And I don’t view sugar as a forbidden food. I see sugary sweets okay as occasional treats, as long they’re organic and non-GMO.

Okay, you’ve read this far and by now you’re probably begging me to say what what real food was missing at the Natural Products Expo. The wait is over. My biggest gripe about the Expo was the number of exhibitors that used rancid vegetable oils.

There were a large number of potato chip brands at the Expo. But if you ask me, there was only one exhibitor I saw with a truly natural version.  That was Jackson’s Honest Chips. Their potato chips were cooked in coconut oil. They also offer coconut oil tortilla chips to sample and mentioned that they’ll be releasing them this summer.

The only other natural chips company at the Expo was Artisan Tropic, who exhibited plantain and cassava chips cooked in palm oil.  All of the other potato, tortilla, and vegetable chips used rancid oils, such as canola, soybean, corn, or sunflower.  It doesn’t matter if those chips were certified non-GMO, omega-6 vegetable oils aren’t natural.

Even with the Time Magazine article, many are still convinced that saturated fat is bad. Since people ignore the science of how saturated fats remain stable in heat unlike polyunsaturated fats, let’s compare how canola and coconut are made.

Here’s video of what goes in to producing canola oil:

And here’s a video of how coconut oil is made:

Which one looks more natural? Can canola oil be made by hand? I have yet to see a video showing how.

A friend of mine once said the problem with being sustainable is that you always realize there’s more you can do.  This rings true about the Natural Products Expo. I’m ecstatic over all of the wonderful real foods that are in supermarkets, but there’s room for a number of products are virtually untapped.