On March 23 & 24, the Weston A. Price Foundation held its Wise Traditions Regional Conference for the spring in Detroit.  This was my second Wise Traditions conference and my first regional.  The regional conferences are much smaller than the international ones and consist mainly of people from the state or ones nearby.  I lived in Ohio until college, so I was glad to attend the conference and discover that  the real food movement is thriving in my native region.  Here now are all the people and businesses in Michigan that are dedicated to real food.

I arrived in Michigan on Friday March 22, a day before the conference.  I flew in to the airport in Detroit and then took a bus to meet my good friend Jessica Draper in Ann Arbor.  Jessica has a blog called Balynce Paleo and was attending the conference too. 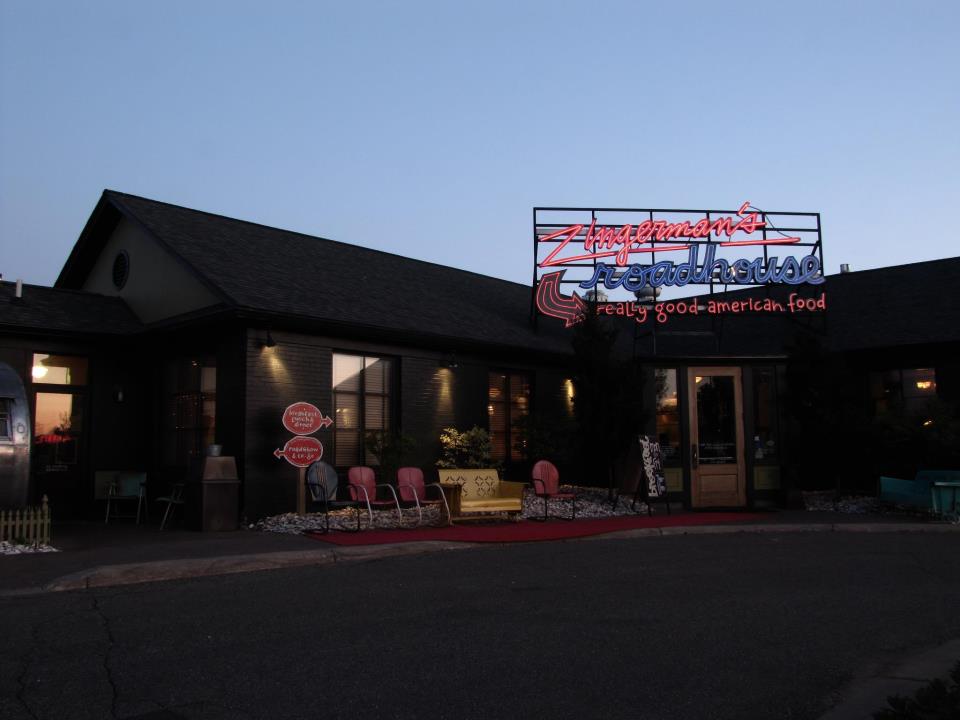 When I travel, I always like to try a farm-to-table restaurant in the area.  Jessica had recommended Zingerman’s Roadhouse for its great selection of local pastured meats and organic vegetables. 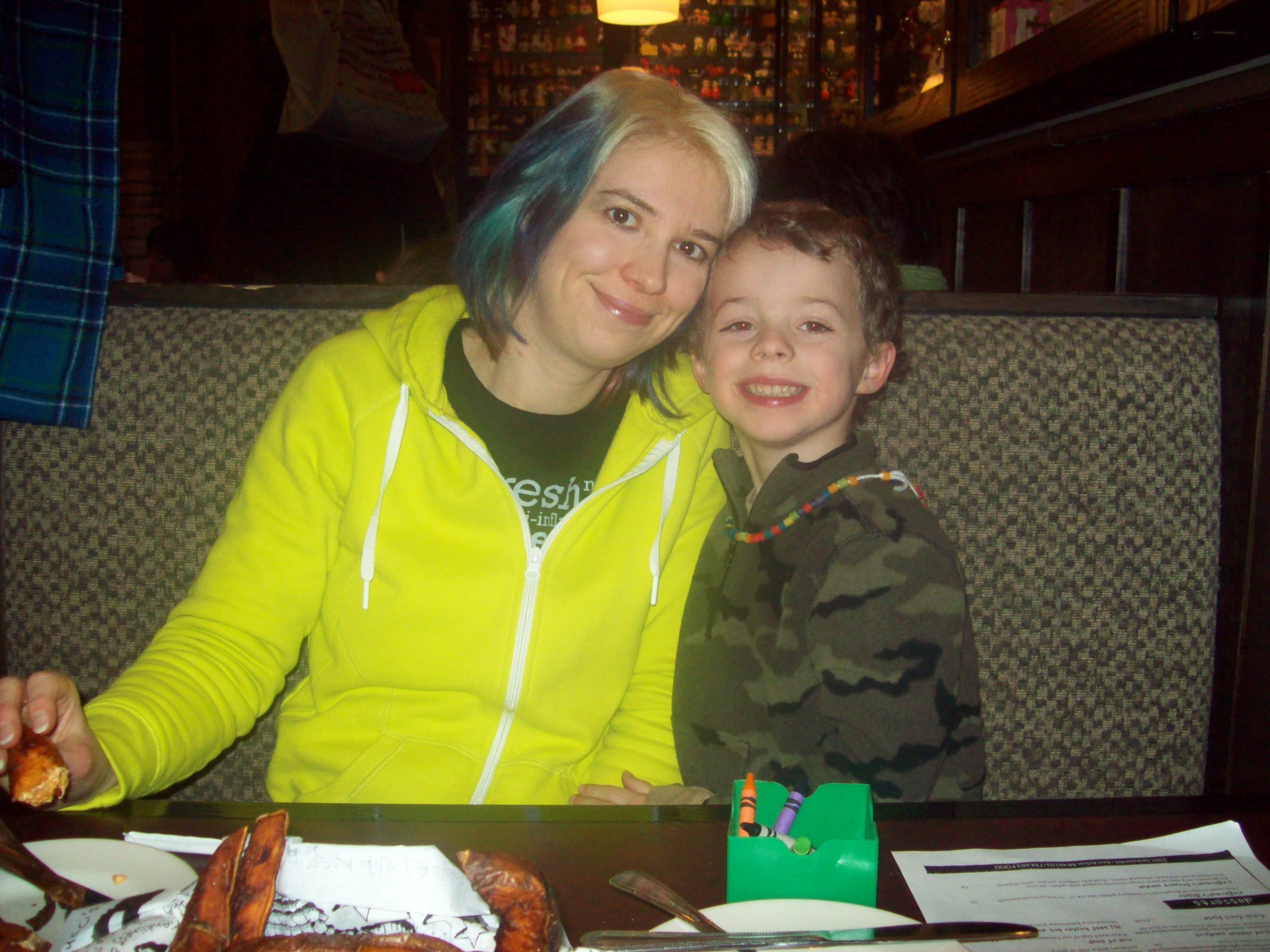 Pictured above is Jessica with her son Jeremy at Zingerman’s. 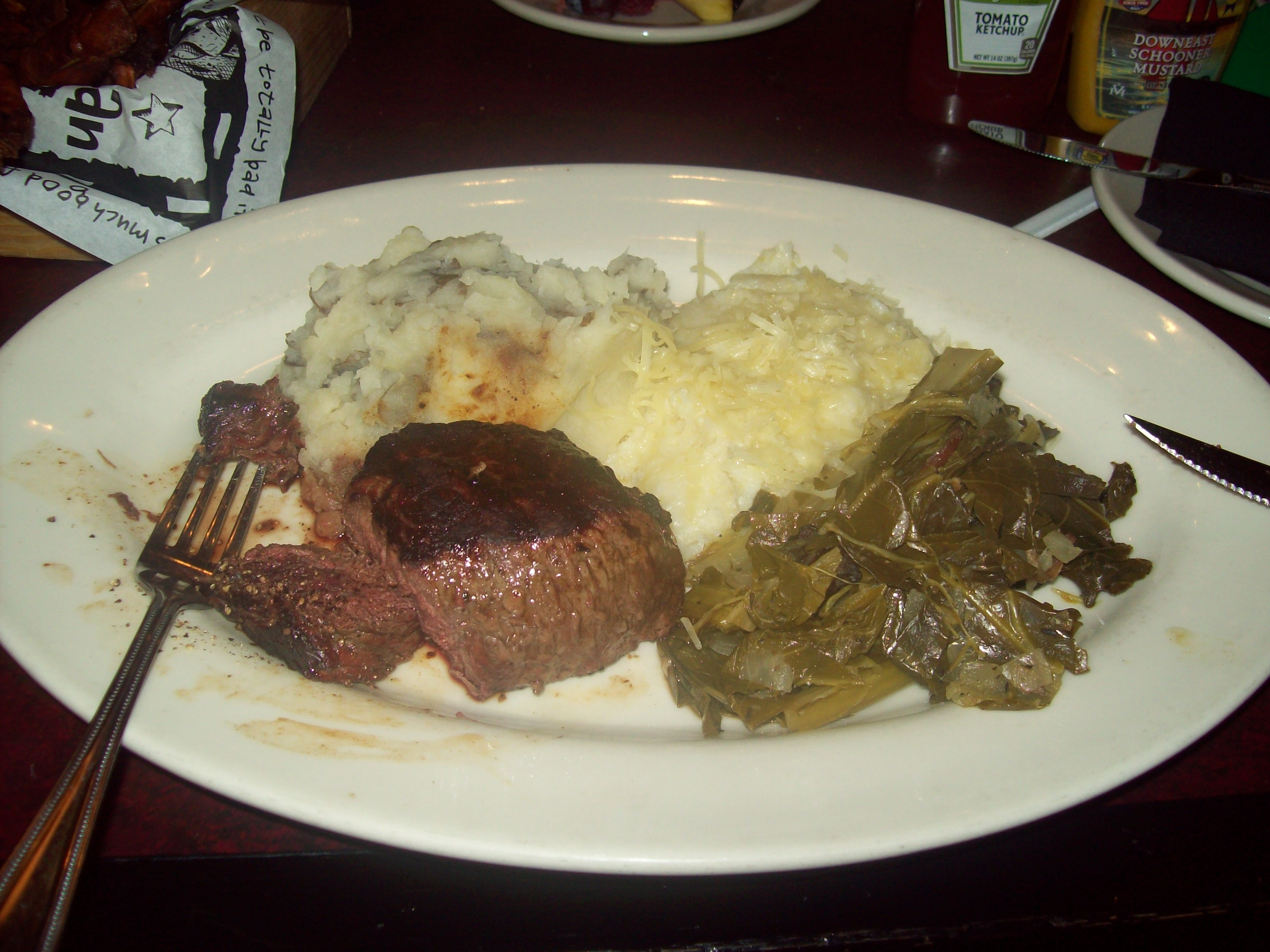 This was the food I ordered.  I got a grassfed top sirlon steak from Corman Farms, which is a mixed farm owned by Zingerman’s chef Alex Young.   Alex even composts food from the restaurant and uses it as fertilizer for the plants.   Along with my steak, I got bacon-braised greens, mashed potatoes from the local Tantre Farm, and corn grits from Anson Mills, which is a certified organic processor.  C’mon.  You knew I wouldn’t order GMO corn. 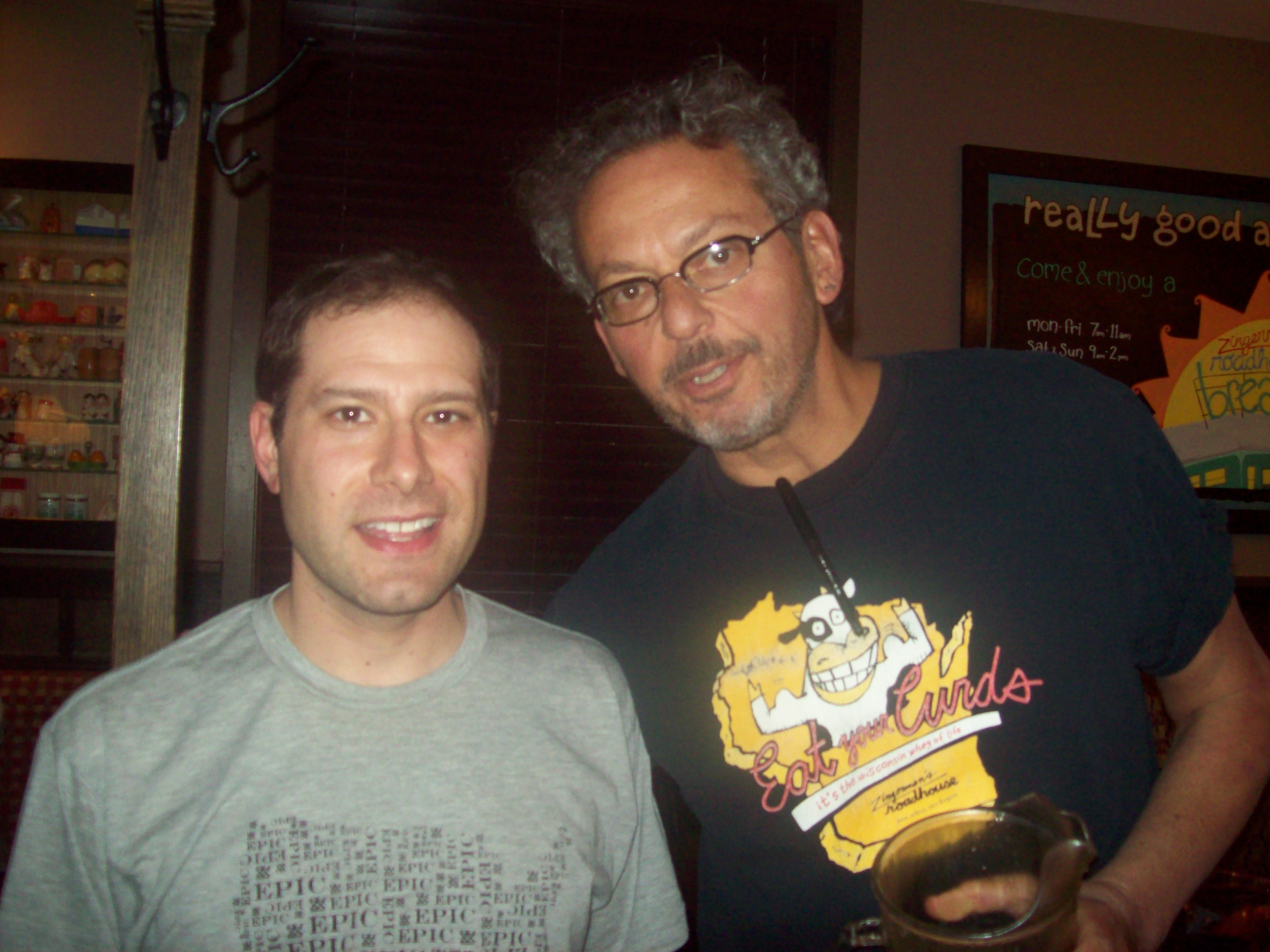 I had a nourishing meal at Zingmeran’s and was also fortunate to meet the owner Ari Weinzweig (pictured above).

The Wise Traiditions conference had many great speakers, informing people what Weston A. Price is all about.  And a number of the presenters were from Michigan themselves. 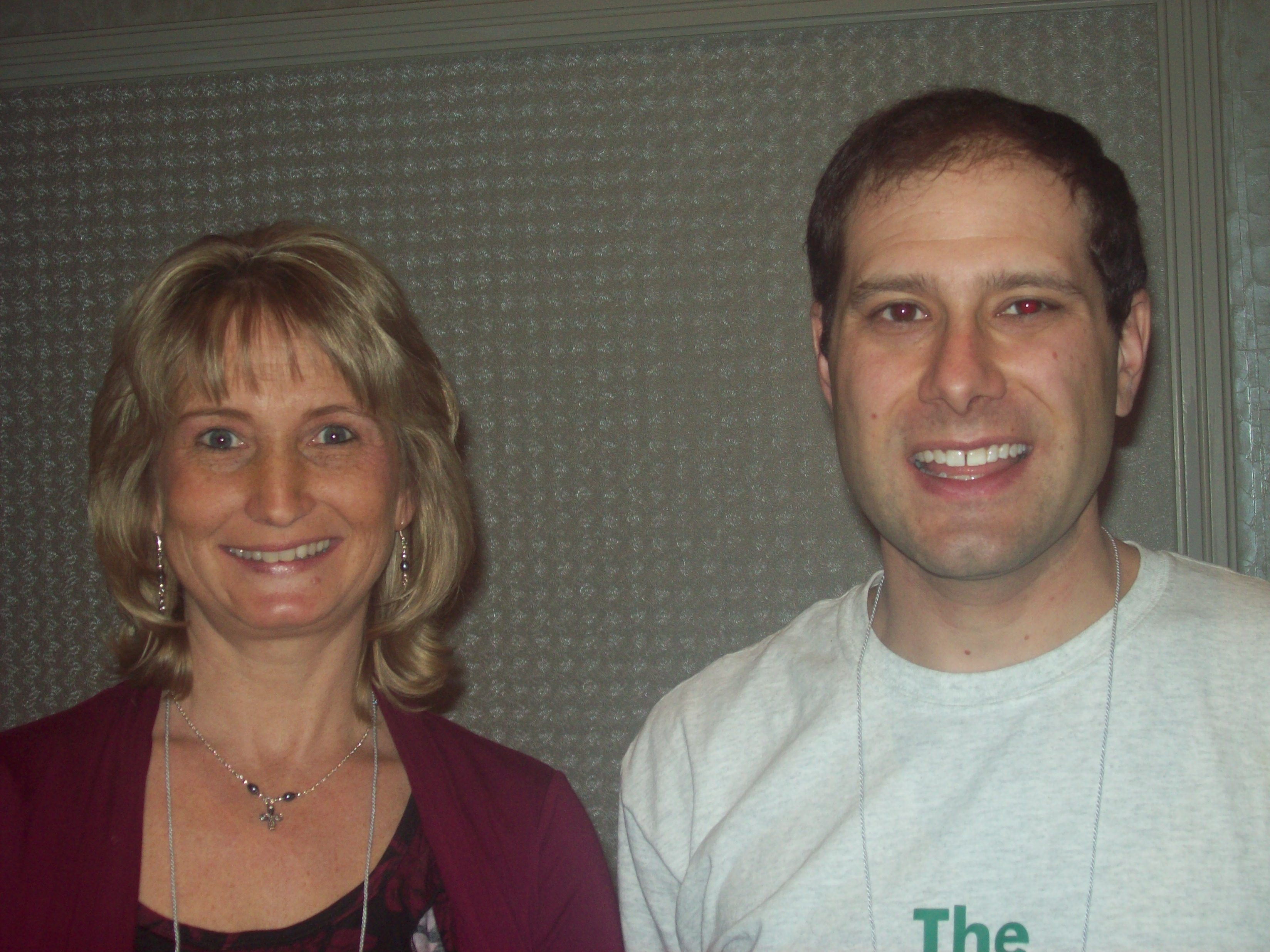 Kelly the Kitchen Kop is one of the hardest working Weston Price members.  She’s been a member since 2004 and started one of the first blogs dedicated to nutrient dense foods.  She also is a co-leader of the WAPF Grand Rapids Chapter, teaches online classes, wrote several e-books, and does phone consultations on helping people eat real food.  To top that all off, she recently decided to home school her three kids while the fourth one is attending college.  Kelly gave a great presentation talking about how her journey of transitioning from junk food to real food.  She even got to let us in on some of the tasty, nourishing foods she cooks for her family. 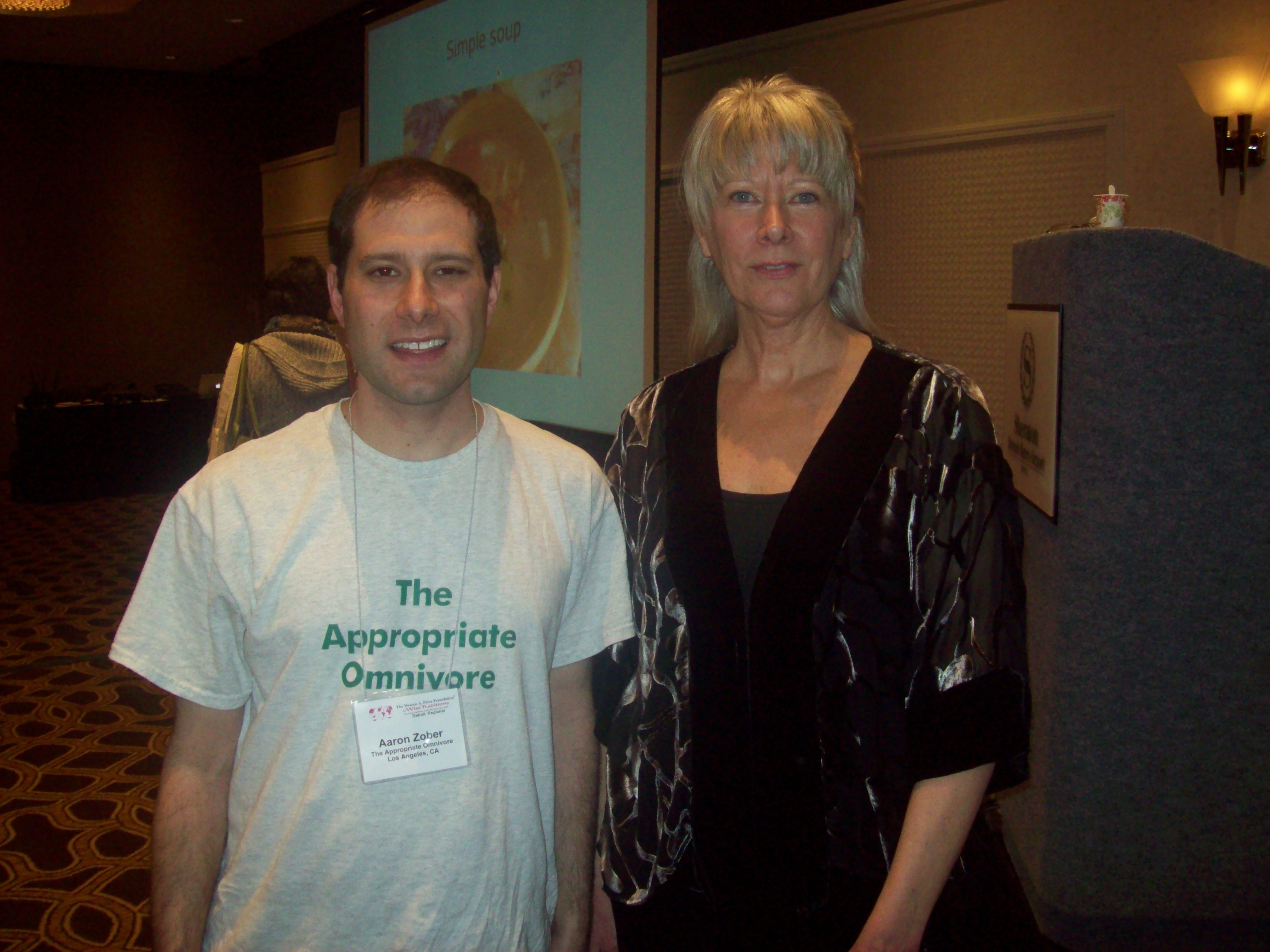 Mela Belle was another Michigan resident that spoke at the conference.  Mela has a wellness consulting company called BeWelle.  She also was the leader for a chapter in Livingston County.  Her talk was on bone broth and cultured foods.  The conferences are always known for the food, so it was a pleasant surprise that we got to sample some bone broth and sauerkraut as Mela discussed cooking those. 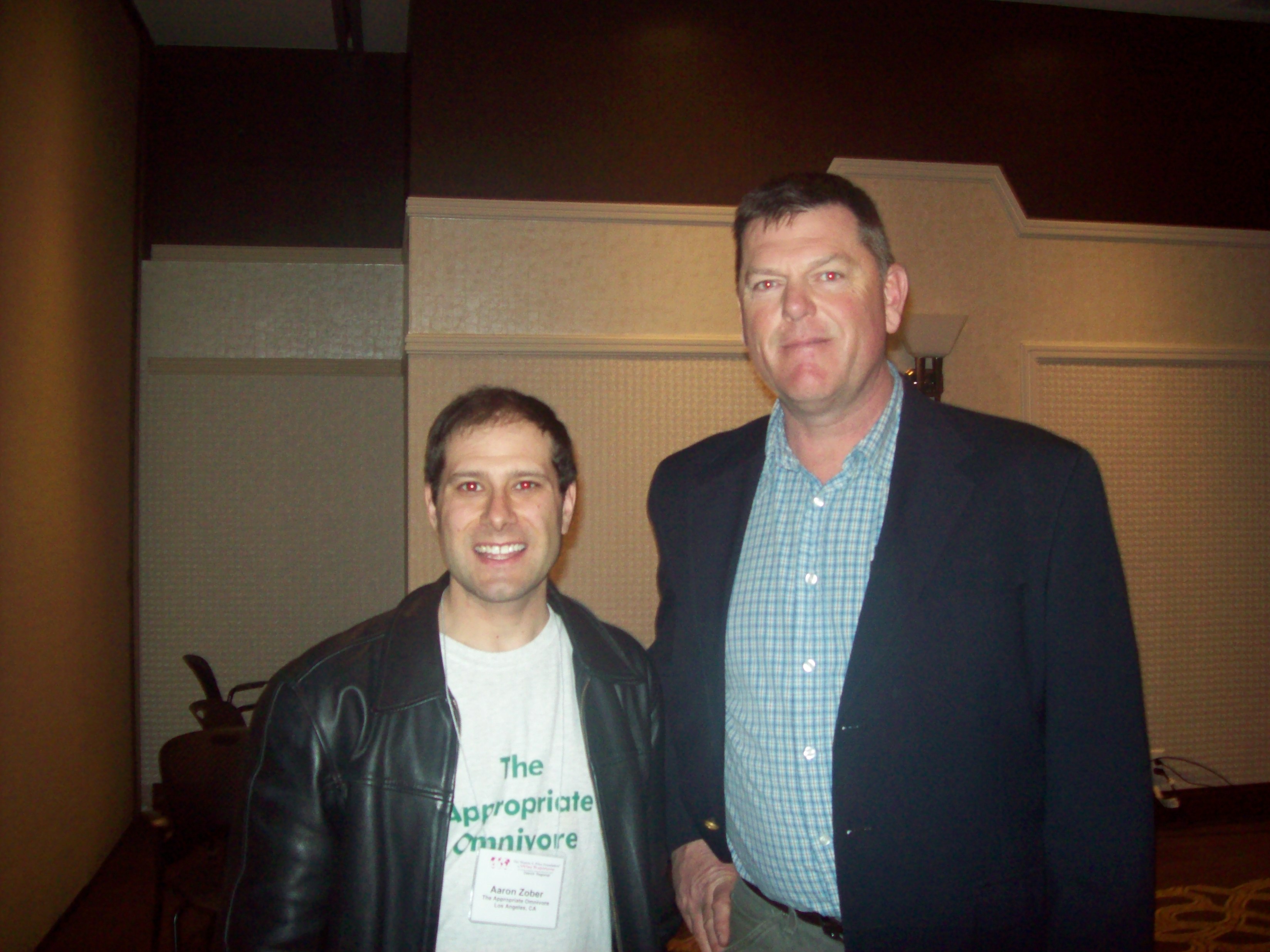 The evening activities on the Saturday night of the conference were a screening of the excellent documentary Farmageddon followed by a Q& A from farmer Mark Baker.  Mark has the farm Bakers Green Acres in Marion, MI.  Mark has also been in the news in the past year over what’s considered a story that would be covered if there was a Farmageddon sequel.  Based on inexplicable new laws in Michigan, the pigs at Mark’s farm are considered feral.  Mark answered people’s questions about how he’s responded to a change in state rules that by its wording  that would make every pig fall under the feral category.

The exhibitors at the Regional Wise Traditions conference by and large were of companies from the midwest and many specifically from Michigan. 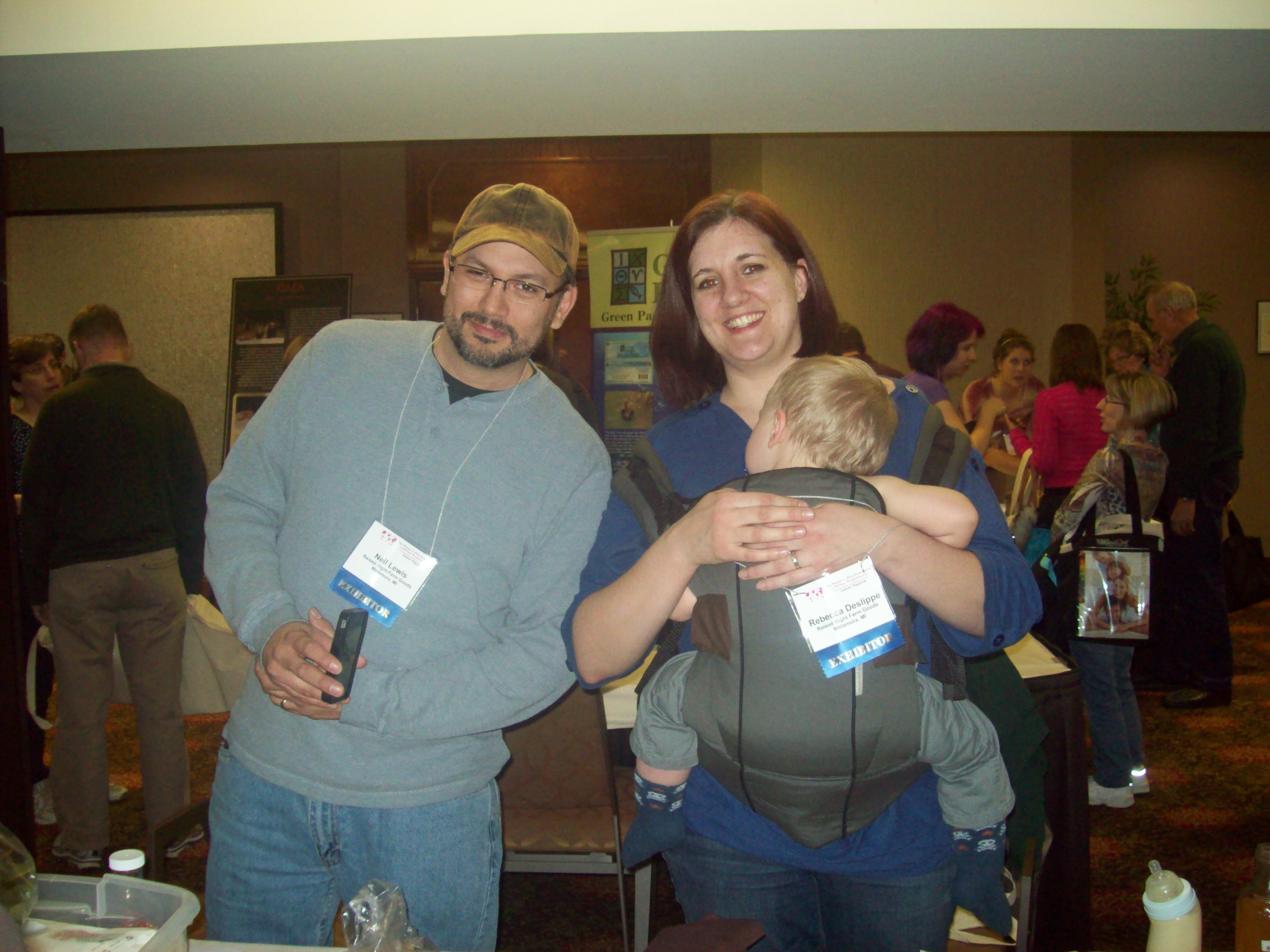 Pictured above are Neil Lewis and Rebecca Deslippe of Raised Right Farm Goods, a farm in Metamora, MI that offers pastured meats and beyond organic produce. 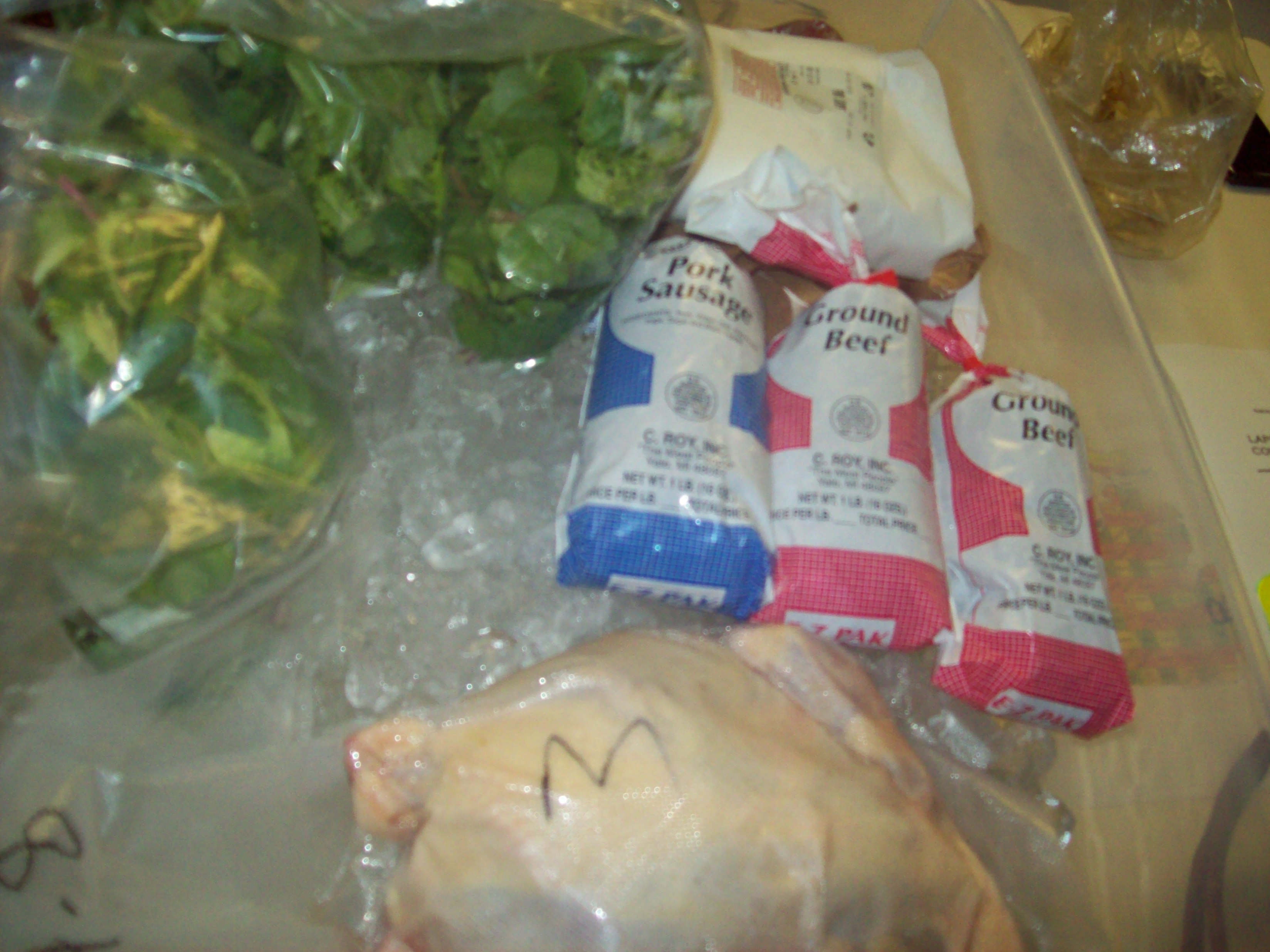 And here are some of their foods that were available for the conference attendees to purchase.   I always feel inspired seeing produce from mixed farms.  Vegetables that the animals fertilize is the way all farms should do it. 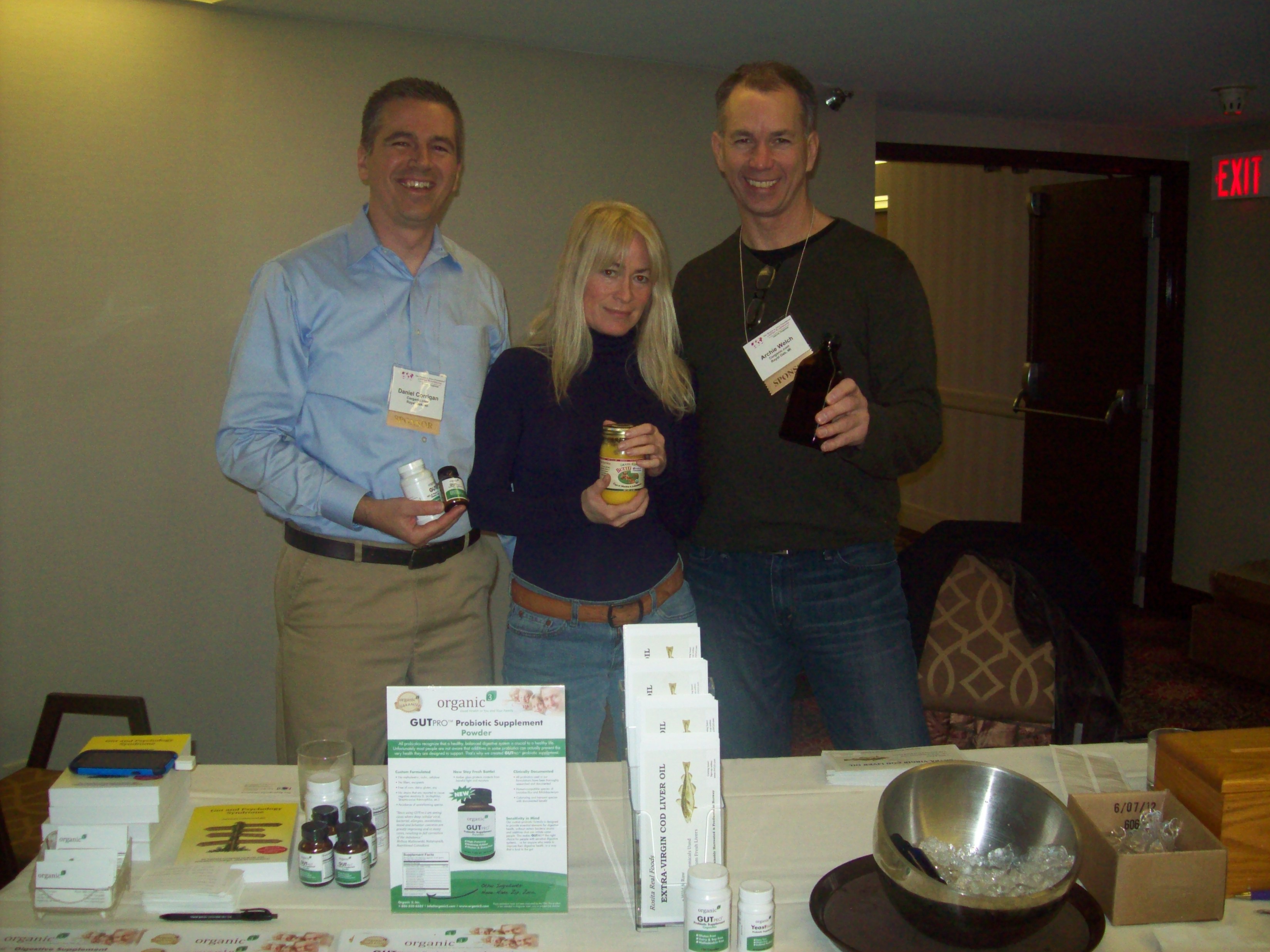 Corganic.com is a relatively new company launched by Weston Price member Daniel Corrigan.  He describes Corganic.com as “Real Food for Autism” and sells raw cod liver oil, ratfish oil, butter oil, and probiotic supplements.  Daniel is pictured on the left above with Karen Myers and Archie Welch standing next to him. 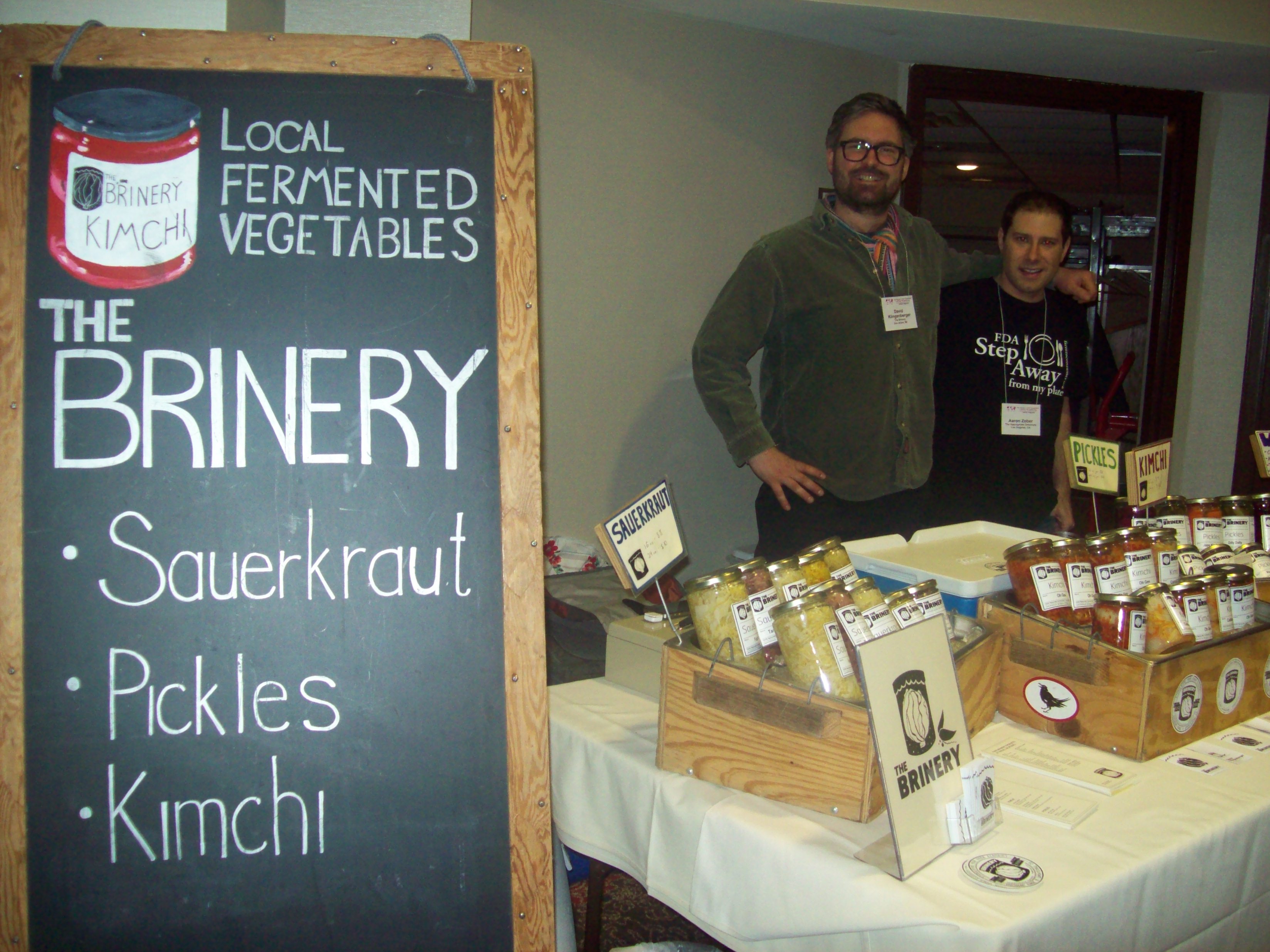 If you’re involved with Weston Price, then you know the advantages of fermentation. Pictured above is The Brinery CFO (chief fermenting officer) David Klingenberger standing next to me and behind all of his great ferments.  David is another Weston Price member that formed a business after learning about the principles of nutrient dense foods. The Brinery is based out of Ann Arbor, MI.