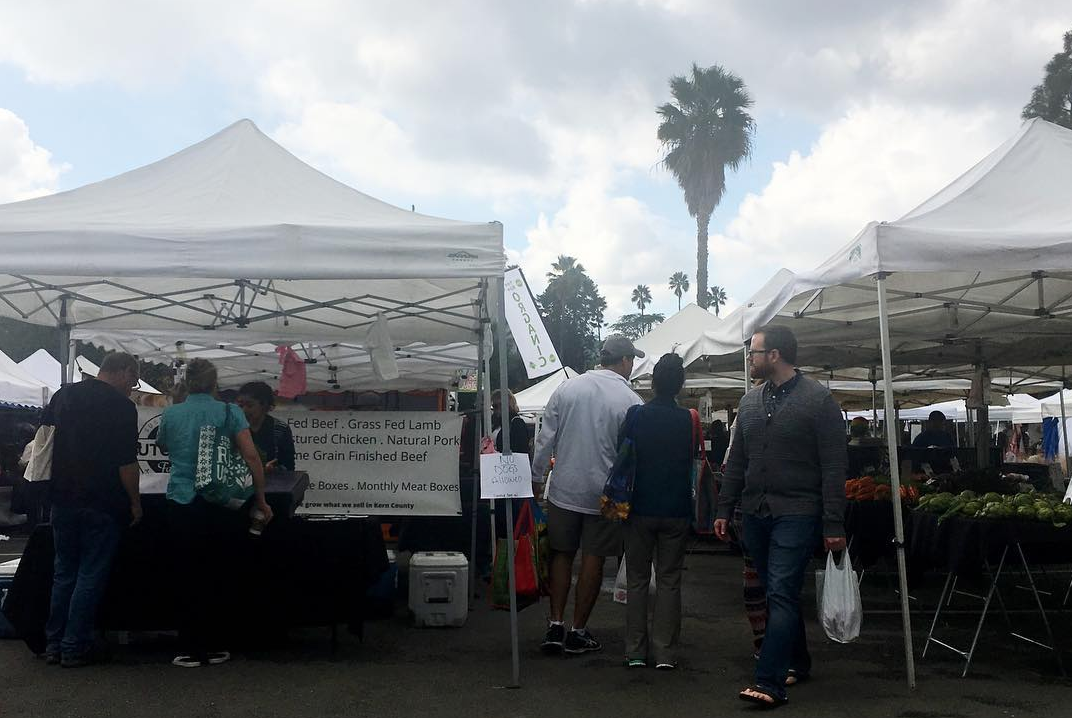 January is known as National Meat Month. As the main focus of this blog is about letting readers know where they can find the best meat, I want to take this time to talk about buying it from vendors at your local farmers markets.

It’s important to know where your food comes from. By purchasing meat and poultry at your farmers market, it allows you the opportunity to get to know the farmers directly. You have the chance to ask them any questions you want about the agriculture practices.

Ranchers who sell at farmers markets also tend to be the most sustainable. You won’t find the major meat companies selling there. All of the livestock farmers on this list have practices which include family owned businesses,  grass fed and grass finished ruminants, animals who roam on the pastures outside, and no antibiotics or hormones being administered to their herds. 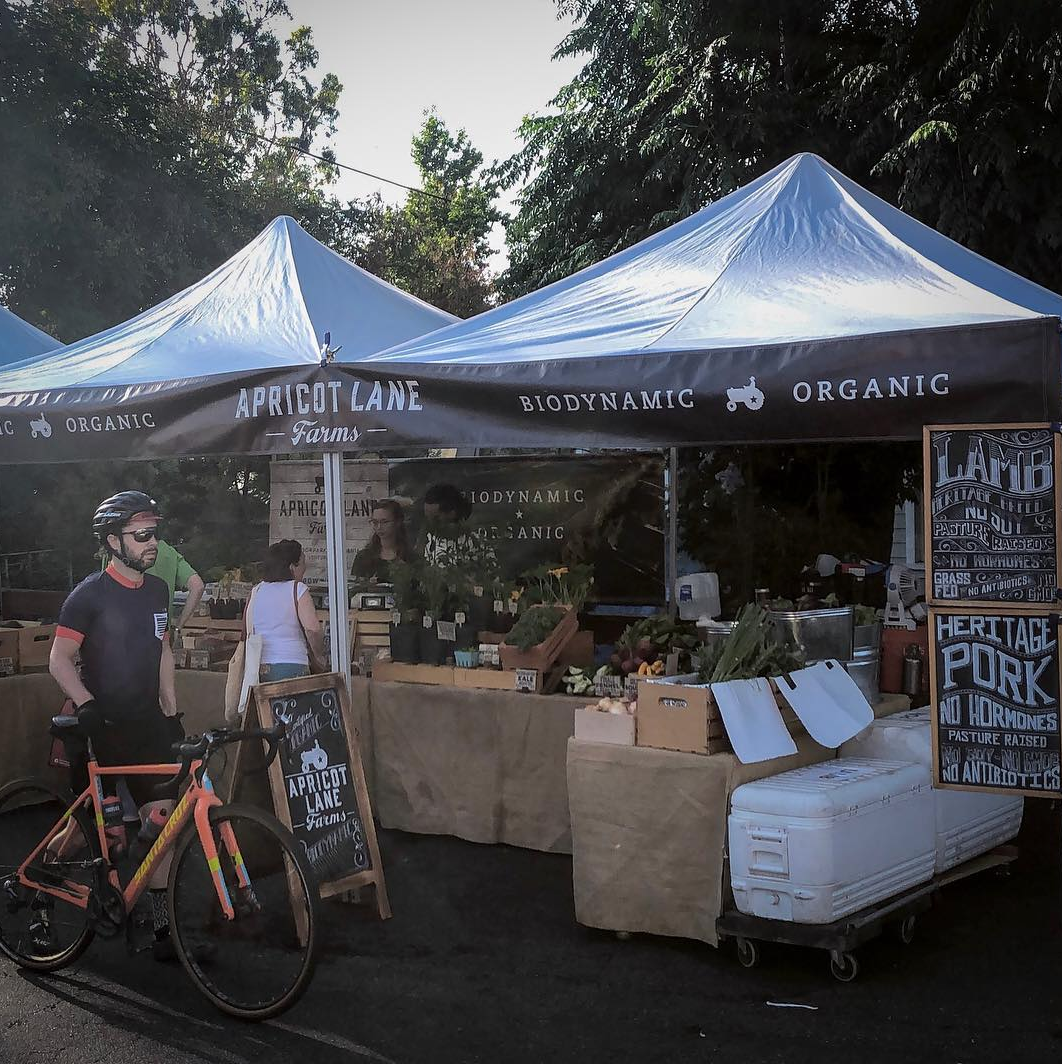 The husband and wife team of John and Molly Chester left their jobs as a documentary filmmaker and private chef, respectively, to pursue their dream of starting Apricot Lane Farms. Their farming practices involve a system known as biomimicry. Biomimicry is a practice which learns from and mimics the strategies of living species in order to create products, processes, and policies which solve challenges of sustainability. Apricot Lane’s goals are for enhancement of the environment and wildlife habitat and regeneration of the soil. They farm cows, sheep, pigs, chicken plus a biodynamic garden and orchards. Apricot Lane Farms pays fair wages to its workers and provides them a safe and chemical free working environment. Molly is also active in the traditional foods community with her blog Organic Spark and her Back to Butter Cookbook. John has continued with his documentary making as he directed and co-wrote Biggest Little Farm, which captured the development of Apricot Lane from dream to reality. 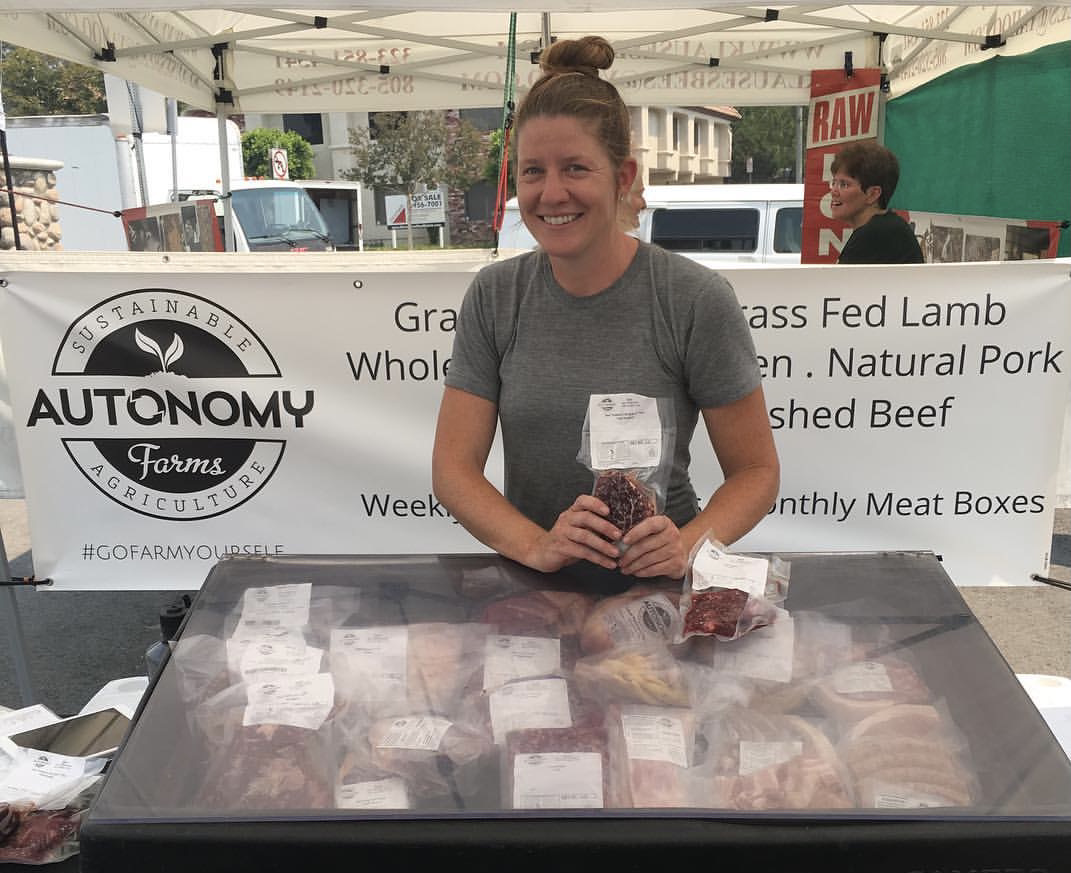 Meredith Bell had worked in food and beverage sales for almost a decade, but eventually became fed up with the conventional food world. In 2013, she decided to change careers and follow her passion and found Autonomy Farms. Meredith felt there was a disconnect from the farmer to the consumer and felt the need to reconnect the two by having direct relationships with the local community. Their breeds of animals are Angus cattle, Suffolk lamb, Hampshire pigs, and cornish cross breed chicken. Their farm is in Bakersfield and all of the animals are harvested in Southern California, except for the lamb which are processed twice a year in Northern California. Along with their regular meat and poultry products, they have seasonal offerings of turkey for Thanksgiving and prime rib roasts, beef tenderloins, and briskets for the winter holidays. 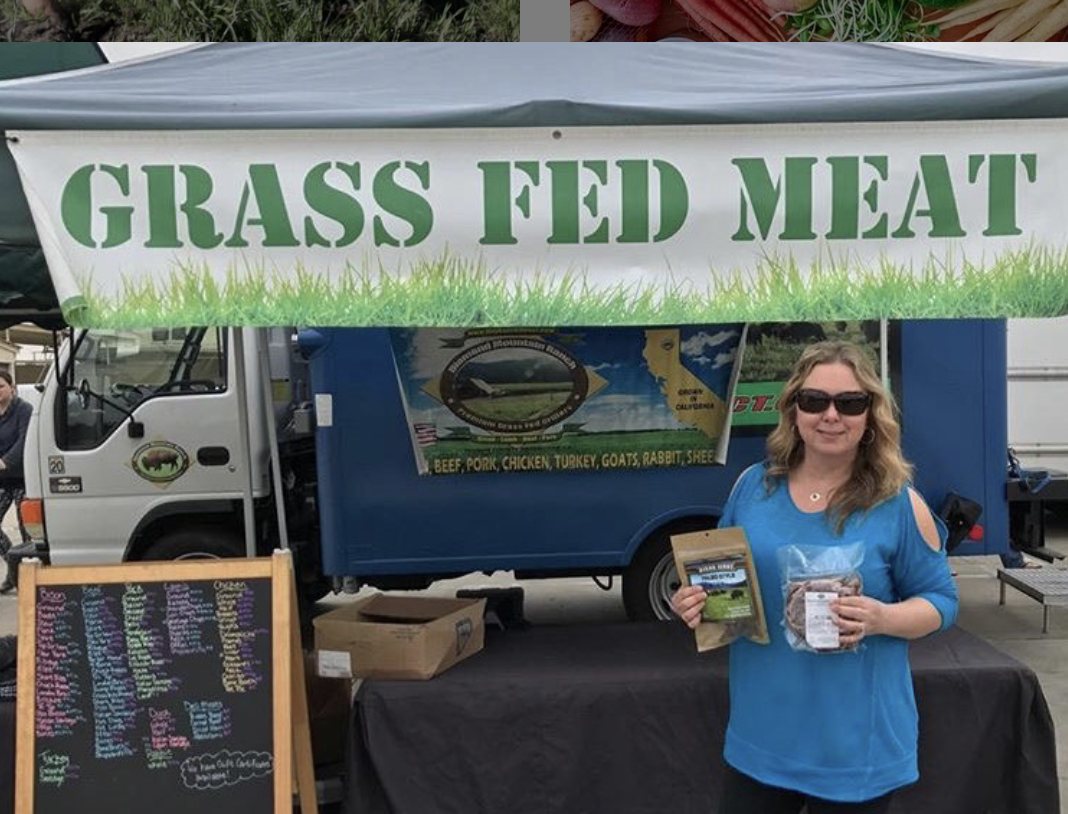 Buy Ranch Direct is a cooperative of family owned and operated ranches in the Sierra Nevada Mountains. The majority of the animals are raised on their Diamond Mountain Ranch, but they occasionally partner with other small ranchers who pass their standards of grass fed and finished meat. Their livestock dine off of certified organic grass. Their types of meats are beef, pork, lamb, chicken, turkey, goat, rabbit, yak, and their speciality – bison. Buy Ranch Direct sells a number cured meats, including hot dogs, bacon, salami, and jerky, which are nitrate free and use only celery powder for curing. 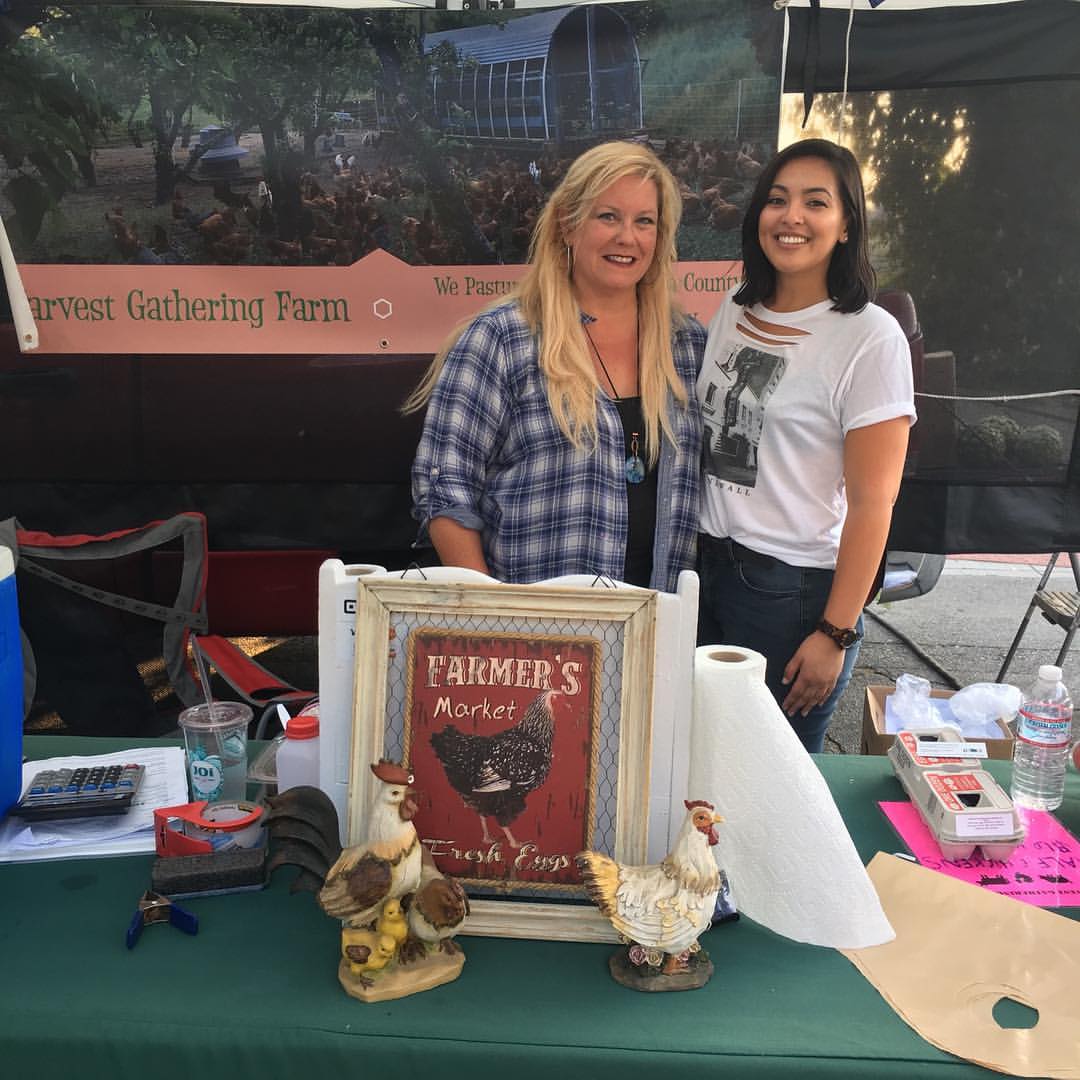 Before being a farmer, Wendy Marchant Kammermann managed farmers markets in Los Angeles and owned a farmers market in East Ventura. She referred to the market she owned as “The Harvest Gathering Farmers Market”, because she loved the idea of bringing a community together to enjoy the livestock and crops of local farmers. Wendy was always interested in knowing where her food came from and decided to go a step further by raising animals on pastures herself on Harvest Gathering Farm. All of their cattle, chicken, pigs, lamb, turkey, and ducks maintain a diet which doesn’t include any GMOs, corn, or soy. After Wendy started farming, she then discovered that a family member on her mom’s side raised livestock in the late 1800s on the pastures of rolling hills in Guiggesburg, Switzerland. They then emigrated to the United States and opened up the Kammermann Brothers Butcher Shop in Forrest, IL. Learning about her family’s ancestry helped her continue as Harvest Gathering Farm was just getting started. 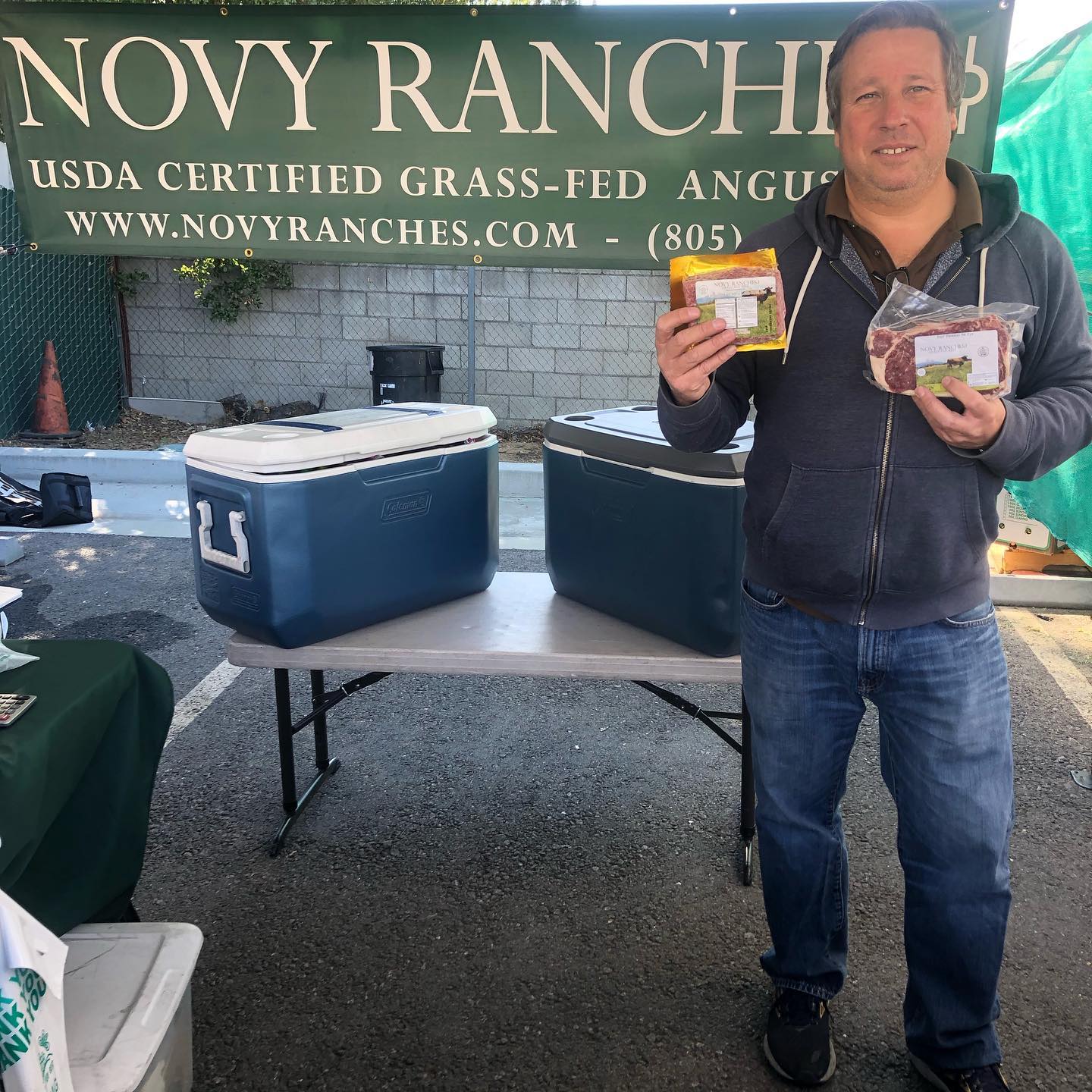 Dr. Lowell Novy has been ranching most of his life, beginning with growing up in the Great Plains in Western Kansas. Aftering serving overseas in the U.S. Air Forces and earning a veterinary degree from Kansas State University, he and his family moved to California. In 1976, he founded Novy Ranches in the Shasta Valley area of Northern California. The pastures at Novy Ranches are free from being sprayed with any pesticides, herbicides, or chemical fertilizers.  Novy Ranches’ meats are minimally processed with no additional ingredients or food colorings. When it comes to the processing facilities, a Novy employee will go on site to the plant to guarantee that all of the animals are being treated in the most humane manner. The area where the ranch is located provides both wonderful pastures for the cows to graze on and an important habitat to a number of species, including geese, swans, herons, and Sand Hill cranes. Additionally, the Shasta River, which flows through Novy Ranches, is an important habitat for the Coho Salmon. 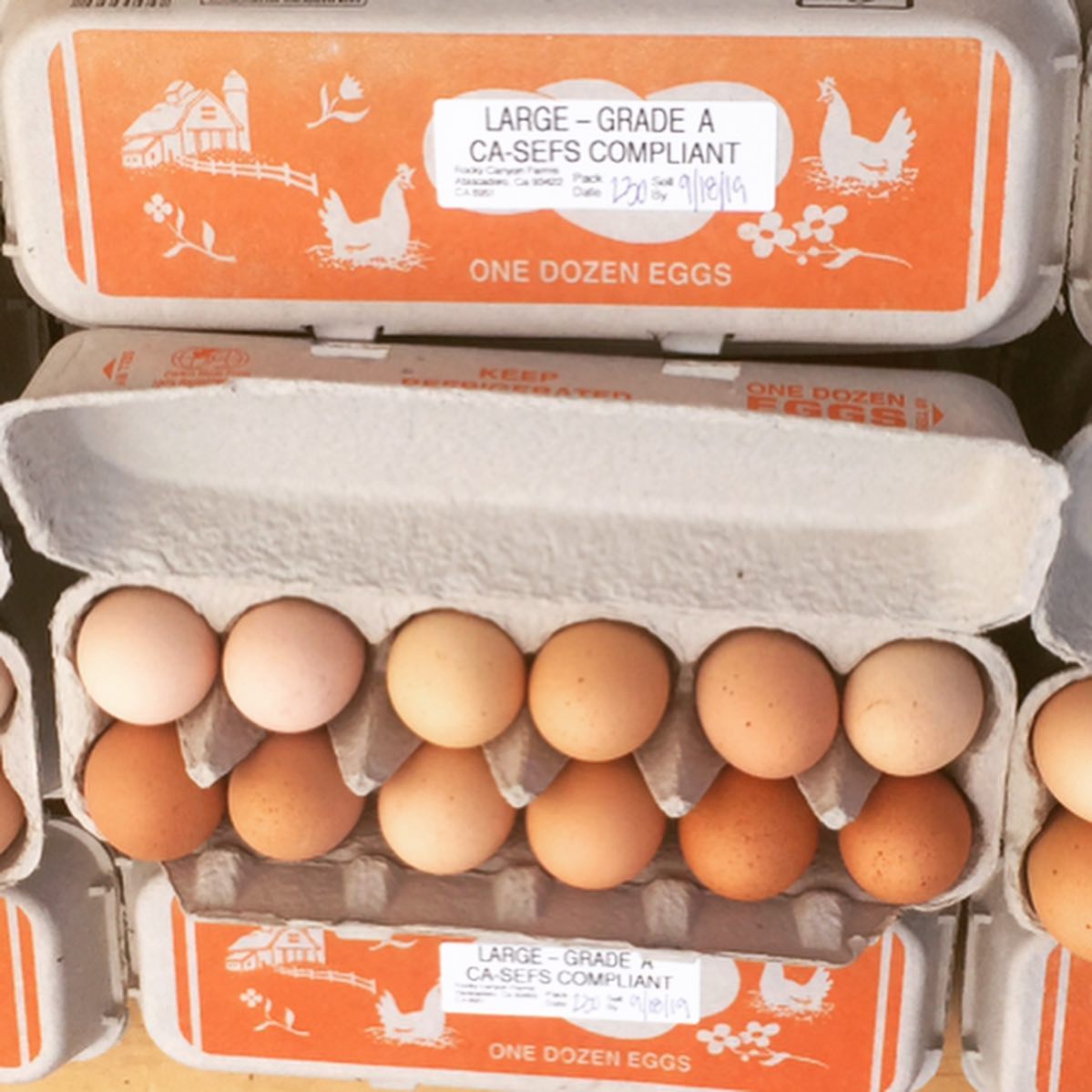 Rocky Canyon Farm started as a project idea for founder Greg Nauta’s Ag Business 101 class while he was attending Cal Poly San Luis Obispo in the 90s. Greg began selling sweet corn on the streets. His desire to have a farm was able to happen. The property located in Atascadero, CA has now been family owned and operated by the Nauta family for 29 years. All of the work on their farm is done by them and their children. Greg still drives the tractor while his wife Lisa does most of the picking. Their children are involved too. All of the animals are given organic feed and left over produce scraps. The animals on their farm consist of cows, pork, chicken, turkey, and lamb. They not only raise livestock, but also a wide variety of organically grown fruits and vegetables and even some grains. Their 10 acres of wheat and barley make them one of the few farmers to sell grains at Southern California farmers markets. 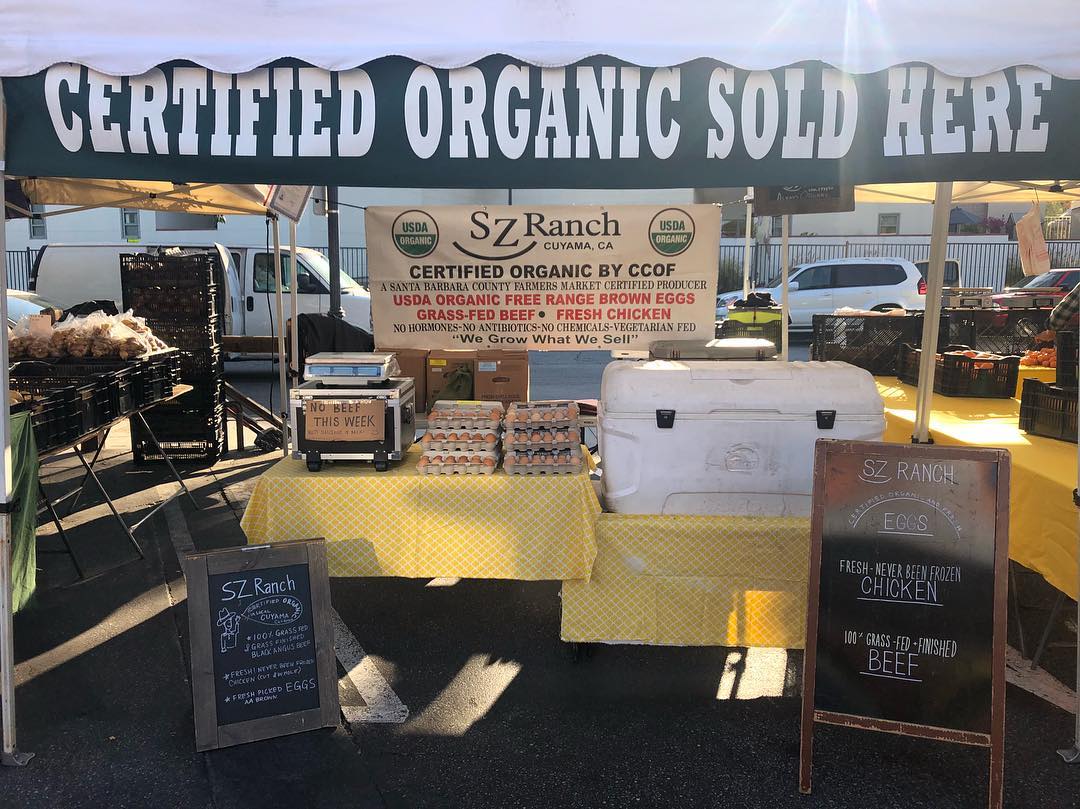 Along the Cayuma Valley in Central California is the SZ Ranch above the valley floor and surrounded by the mountains. Their cattle are raised on open range national grasses throughout the year. SZ’s chicken and turkeys are given a non-GMO certified organic feed. The floors in the chickens’ rooms are changed every couple days to provide them with fresh new organic pine shavings. When the chickens reach three weeks, they then get to run outside on the pastures. They then return indoors as the sun sets. Their eggs are hand gathered, hand washed without any soaps or chemicals, candled, graded to size, and each egg is packed individually.