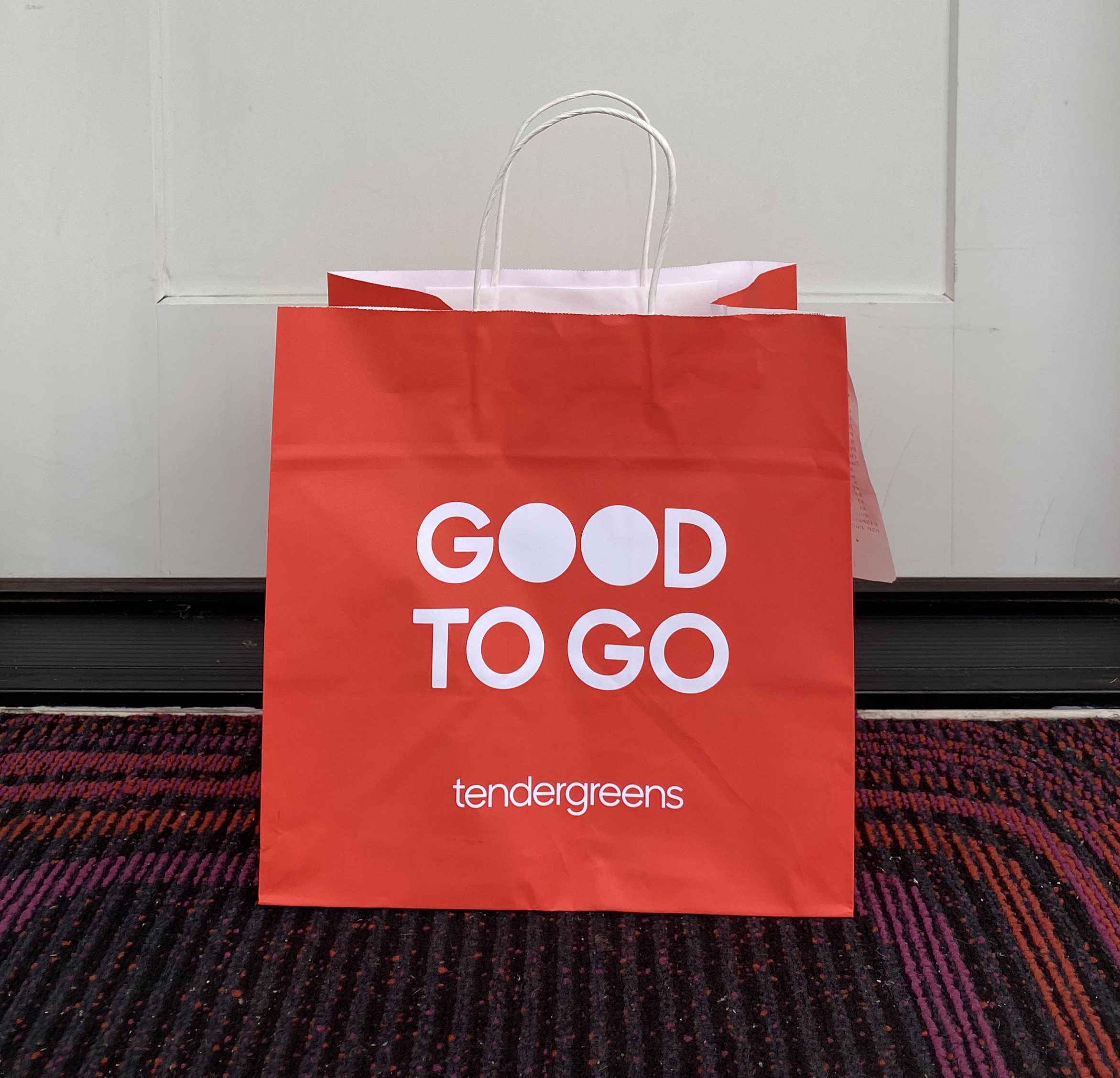 As we continue to celebrate National Salad Month, I think of the rise of healthy fast casual eateries. What started as one storefront for these places has grown into second locations, places over entire states and geographic regions, and some even nationally. These quick service restaurants all originated with similar intentions. The restaurateurs wanted there to be a place where people could get healthy food at a decent price.

The business model of healthy fast casual eateries has been quickly expanding. What started as one storefront for these places has grown into second locations, places over entire states and geographic regions, and some even nationally. These quick service restaurants all originated with similar intentions. The restaurateurs wanted there to be a place where people could get healthy food at a decent price.

These healthy QSRs have a number of other similar practices. All of them like to buy local, organic, and sustainable food when available. They also search for meats and seafood raised in the most humane way. While certain ones have many different types of entrees, salads make up some of their signatures dishes at each of them. Some also serve plates consisting of meats and vegetables. And during the COVID-19 pandemic, a number of them are donating food to feed the health professionals on the frontline.

In alphabetical order, here are the 6 best healthy fast casual restaurants available for delivery and takeout: 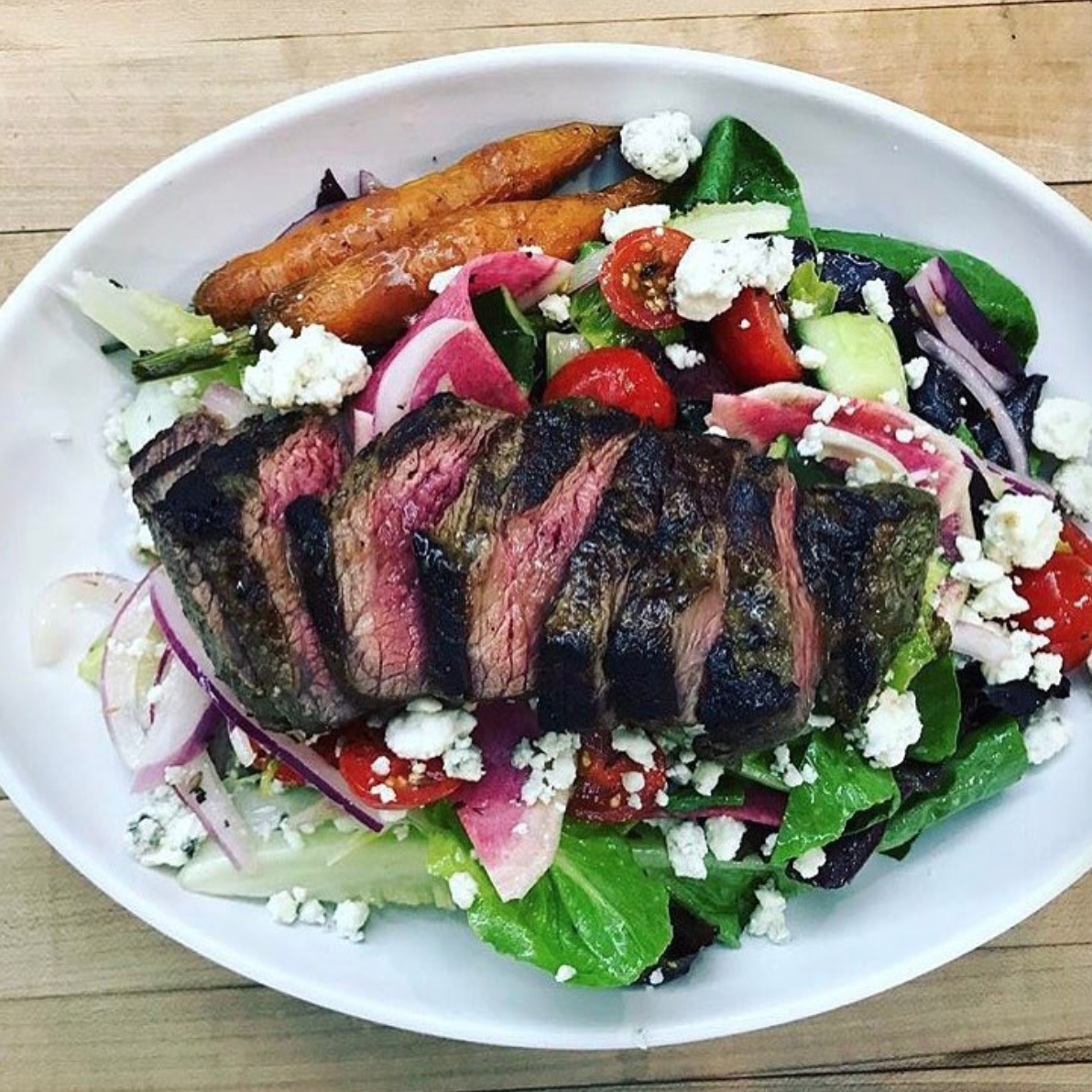 Greenleaf chef and owner Jon Rollo dubs himself the “Commander-in-Leaf”. Jon was first trained in cooking at the Le Cordon Bleu in Chicago. After working a couple years in Chicago, he then headed out west to Los Angeles. This eventually led to him being able to make his passion project come to a reality with opening his first Greenleaf. He described the restaurant as farm-to-face, combining the restaurant concepts of cooking with local, fresh, natural and organic ingredients with community dining. Their menus have a number of entrees noted as a paleo on menu, including chicken fingers with baked almond crust and a chicken fajita bowl. 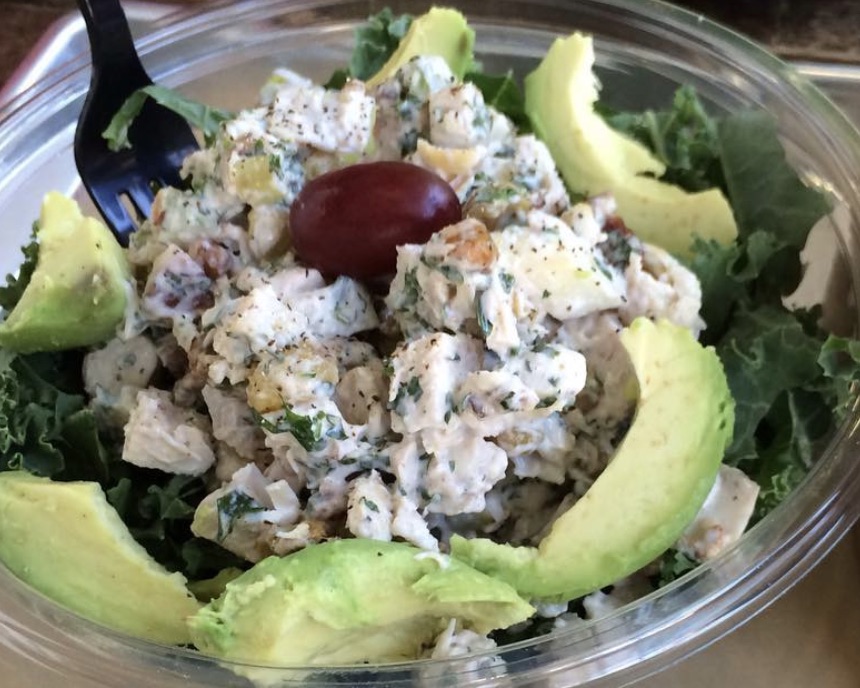 Culinary Institute of America graduate Robert Yamarone started Greens Up! with the concept of being able to serve freshly prepare salads in just a couple minutes. Greens Up! sees the restaurant committed to both its customers and the planet. They focus specifically on salads as they don’t see theirs as side dishes. The Greens Up! menu has a number of signatures salads along with being able to create your own. Some of their proteins are organic free range chicken and nitrate free turkey. 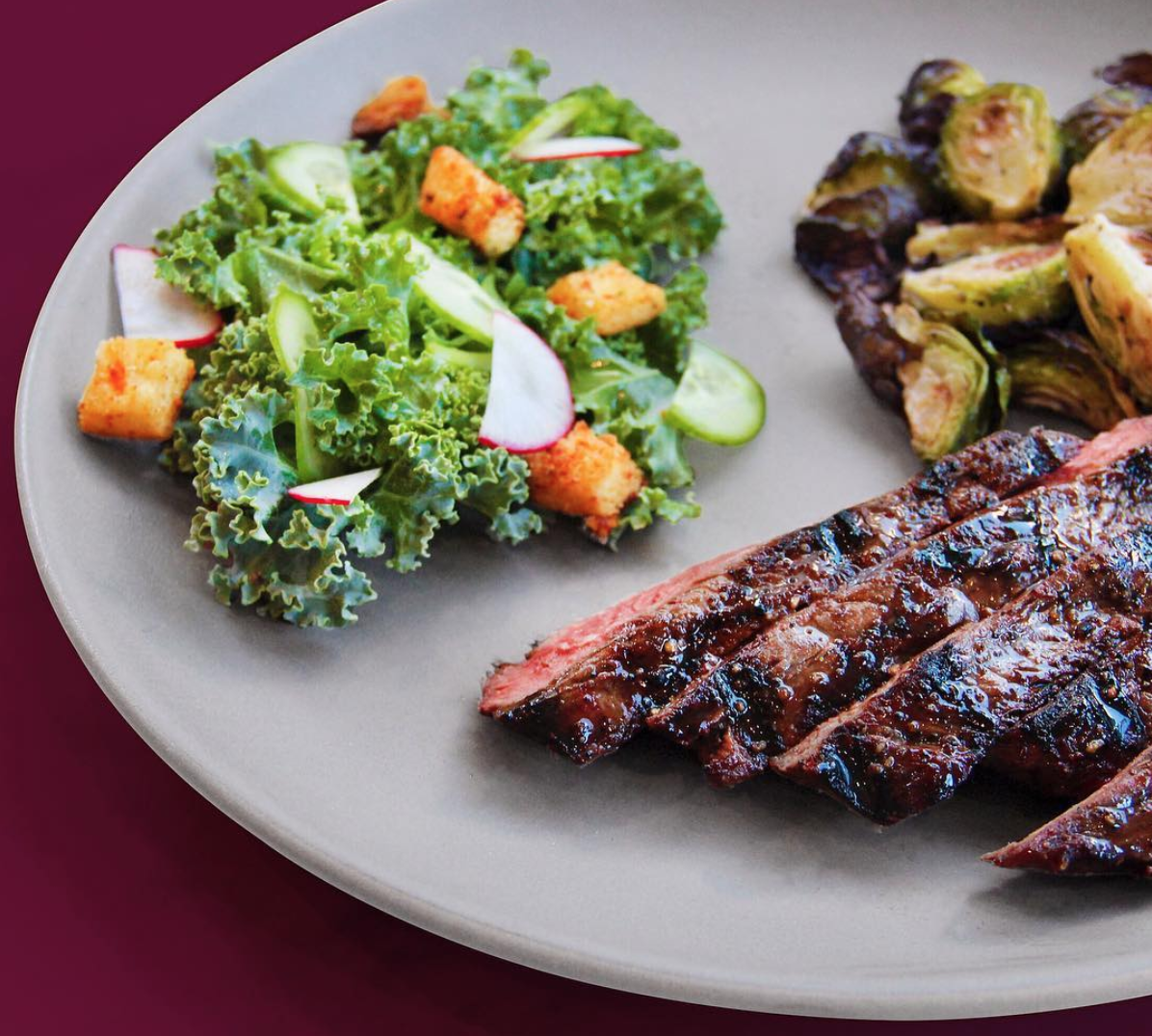 Wife and husband Leslie and David Silverglide first talked about the lack of delicious, healthy, high-quality fast casual restaurants while they were hiking on a mountain in Tahoe. This conversation led to the creation of MIXT. Their belief is you shouldn’t have to choose between fast and healthy. Before any salad makes its way to the menu, months are spent testing flavor profiles and preparation methods. The ingredients which they use are ones which you’re able say and spell. And they’re alll free of pesticides, chemicals, and GMOs. MIXT offers salads, plates, quinoa bowls, and sandwiches. Among their proteins are flat iron steak and sustainable steelhead.

Also during the time of the pandemic, they’re providing meals to people in need. They’ve helped feed over 2,500 people in San Francisco, Oakland, and Los Angeles. MIXT has formed partnerships with local health care facilities to deliver free meals to their teams.

Sweetgreen was first conceived when founders Nicolas Jammet, Nathaniel Ru, and
Jonathan Neman were still undergrads at George Washington University’s business school. They bonded over there being no healthy places to eat. At the beginning, they’d buy all of their food from farmers markets. Some of the farmers they met face to face at their markets are now their major partners. As they’re available in areas all over the country, they source from different farmers for every region. They list the sources for their foods on the wall of their stores. They also require high sustainability and animal safety standards for their food, including GAP Step 2 and Certified Humane chicken, GAP Step 1 pork, cage free and certified organic eggs, and Monterey Bay Aquarium Seafood Watch green rated steelhead.

They also have a program called Sweetgreen in Schools where they educate fourth and fifth grade students in public schools about healthy eating. Recently they launched Impact Outpost, which delivers free food to hospital works and medical personnel. They’re taking donations for the Sweetgreen Impact Outpost Fund. All of the proceeds to the Outpost Fund will go to the healthcare professionals. 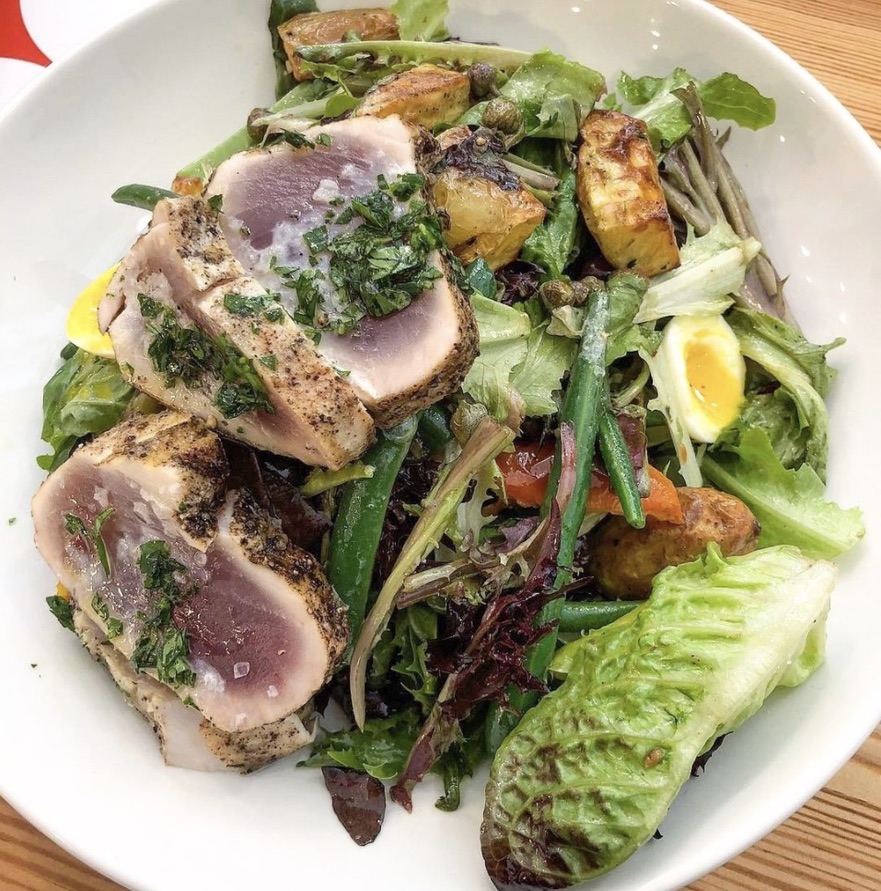 Matt Lyman, Erik Oberholtzer, and David Dressler were all working at a luxury hotel in Santa Monica when they couldn’t afford what they wanted to cook on their days off. They came up with an idea to change how people looked at chain restaurants. So Tender Greens was born with the concept of a quick-service restaurant providing entrees and salads made from fresh, local, and organic produce and meats. They were able to get fine-dining chefs to run each shop by granting them creative control of everything from operations to culture to the menu at their own restaurant. In terms of menu items at all locations, Tender Greens has a diverse variety of proteins consisting of steak, salmon, tuna, or chicken with the choice of salt and pepper, chipotle BBQ, or buttermilk fried plus other offerings of meats depending on the season. 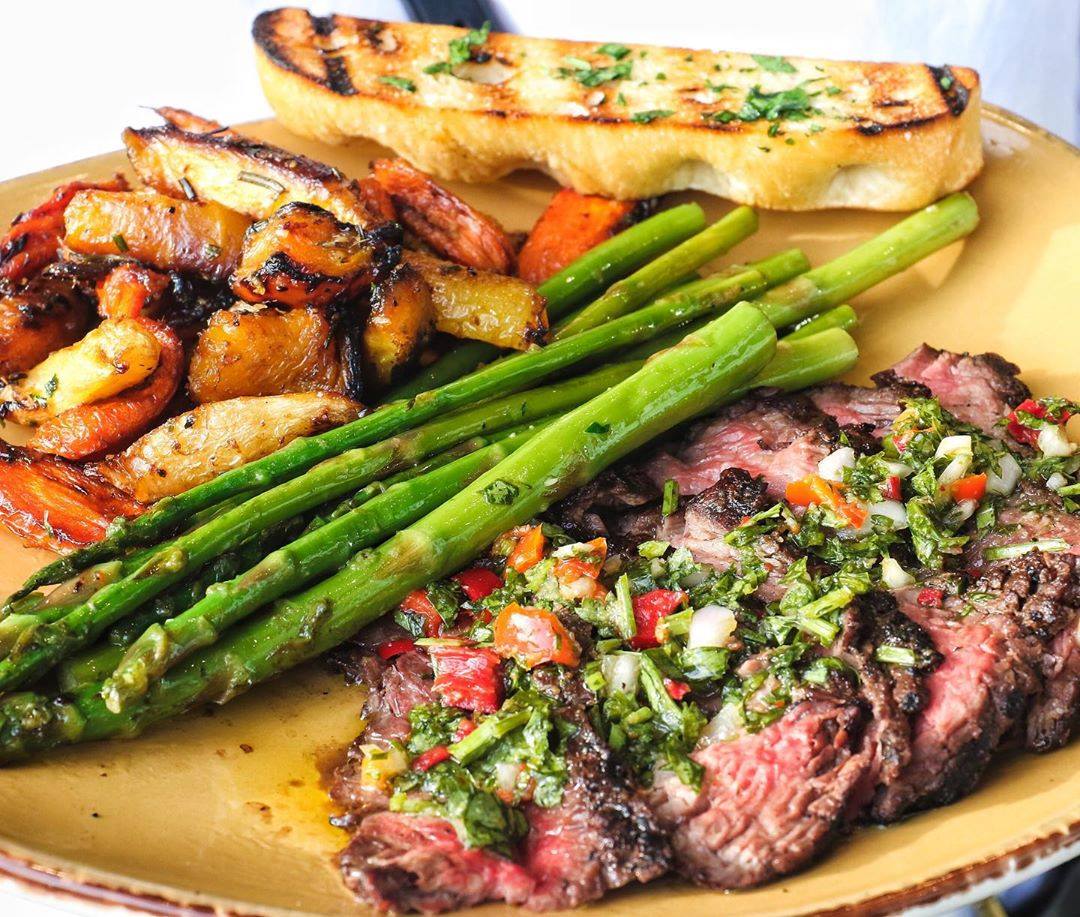 Urban Plates opened up with founder Saad Nadhir and John Zagara feeling you don’t have to choose to between a delicious meal or a fast meal or between eating healthy or eating affordably. They also wanted a place where you can see the food being prepared and you can tell the chefs exactly how you’d like to customize it. Urban Plate is in favor of everything being made from scratch, whether it’s salad dressings, mayos, plated meals, or desserts. They also put great effort into making sure their ingredients are sustainably sourced. These products include fresh local produce, grass fed beef, free range chicken, and ocean friendly seafood.

With the COVID-19 pandemic occurring, Urban Plates begun the program Nourishing Heroes where guests can sponsor a to-go meal for frontline healthcare workers. Urban Plates will then match every meal donation which they receive.