The Weston A. Price Foundation‘s Annual Wise Traditions Conference was held in Dallas from November 15-17. This was the 20th conference for WAPF and my 4th. 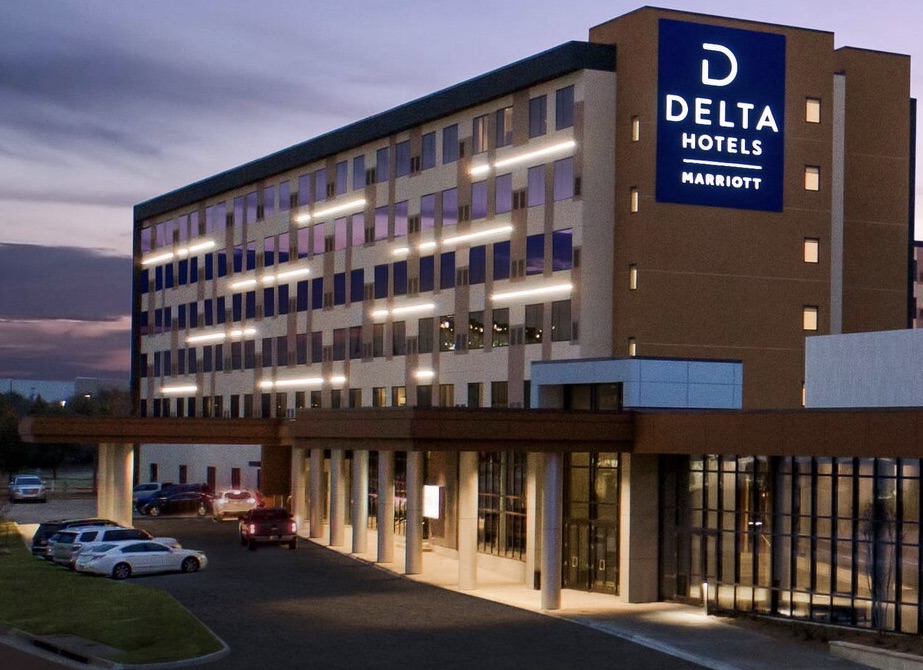 The specific site of the conference was the Delta Hotels Dallas Allen. 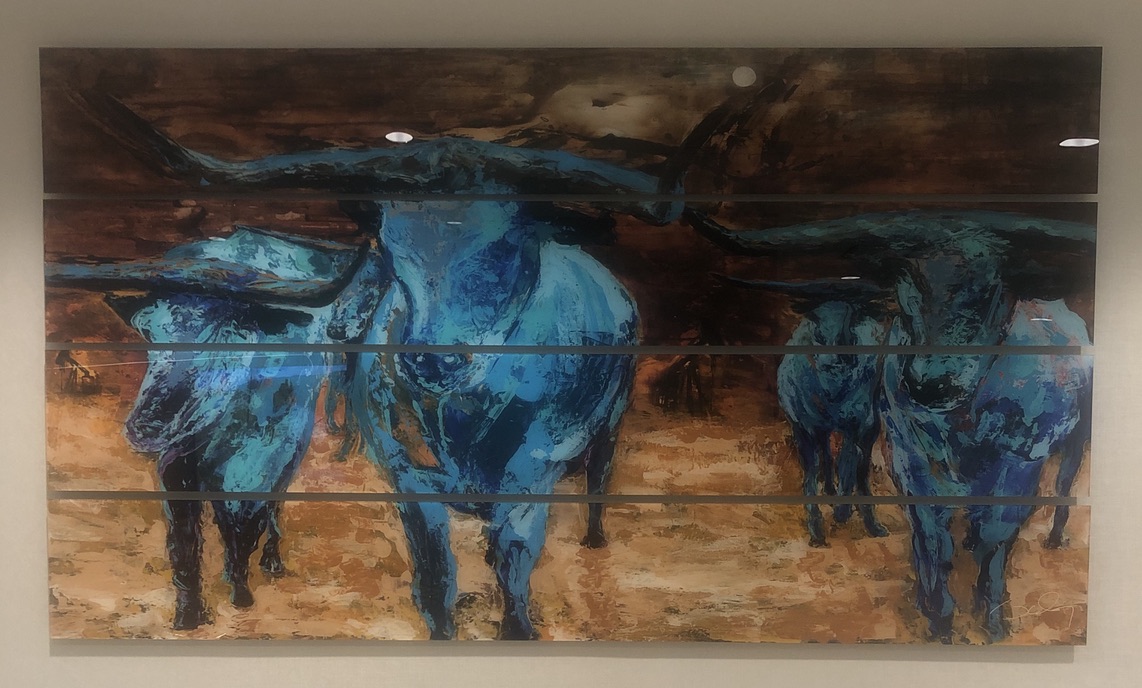 When I saw this cattle artwork in the hotel, I knew this would be the perfect location for Weston Price.

As I’ve attended a number of Wise Traditions now, I’ve gotten to meet a great variety different ranchers, food artisans, and other vendors of nutrient dense products. These companies often exhibit their innovative concepts before they hit the supermarkets nationally and sometimes even before being displayed at other similar conferences.

At the 2019 Conference, it was wonderful to see a lot of returning favorites, including Baja Gold Sea Salt, Pure Indian Foods, and White Oaks Pastures. And like every other year, there was a good amount of exhibitors I saw there for the first time. Below are my favorites from this year’s Wise Traditions. 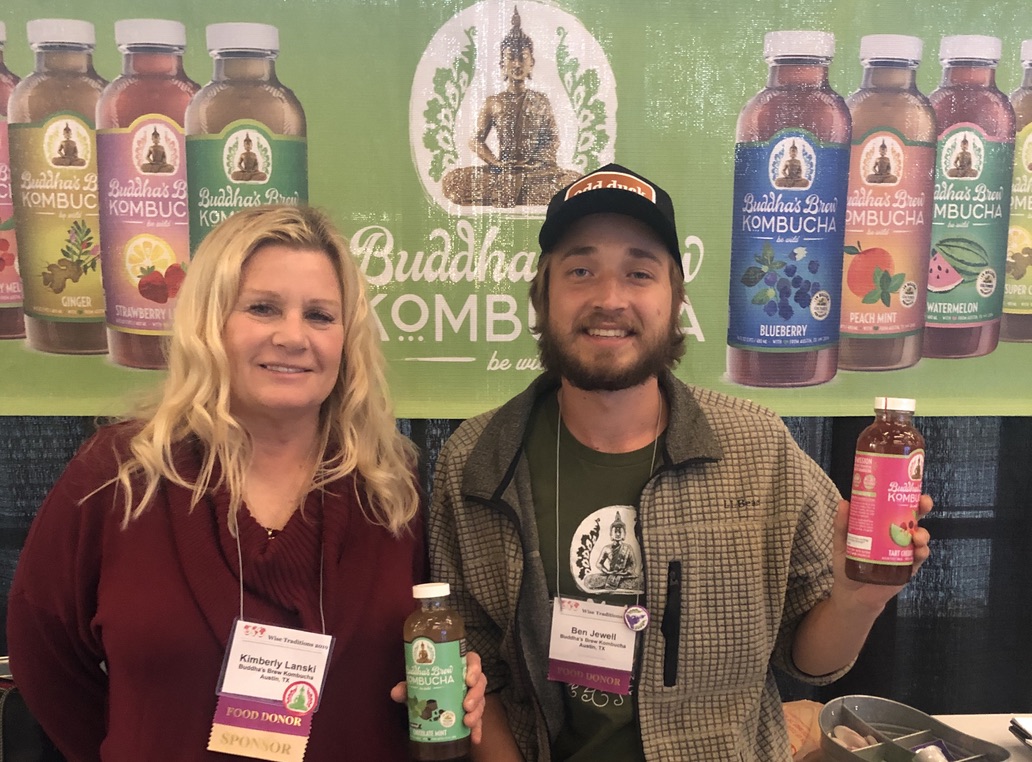 The Wise Traditions Conferences are always known for their fantastic food. Pastured meats. Organic vegetables. And all kinds of probiotics. That includes being able to drink kombucha from the tap at every meal. The WAPF tends to look at serving a kombucha local to where the conference is held. For Dallas, they went with Buddha’s Brew a few hours away in Austin.

Buddha’s Brew began over a decade ago, starting with founder Kimberly Lanski being curious about making it herself. Her home brewing led to selling it at the Sunset Valley Farmers Market. Her passion then became a business as one of the first kombuchas to be sold in supermarkets. They’re also a founding member of Kombucha Brewers International. 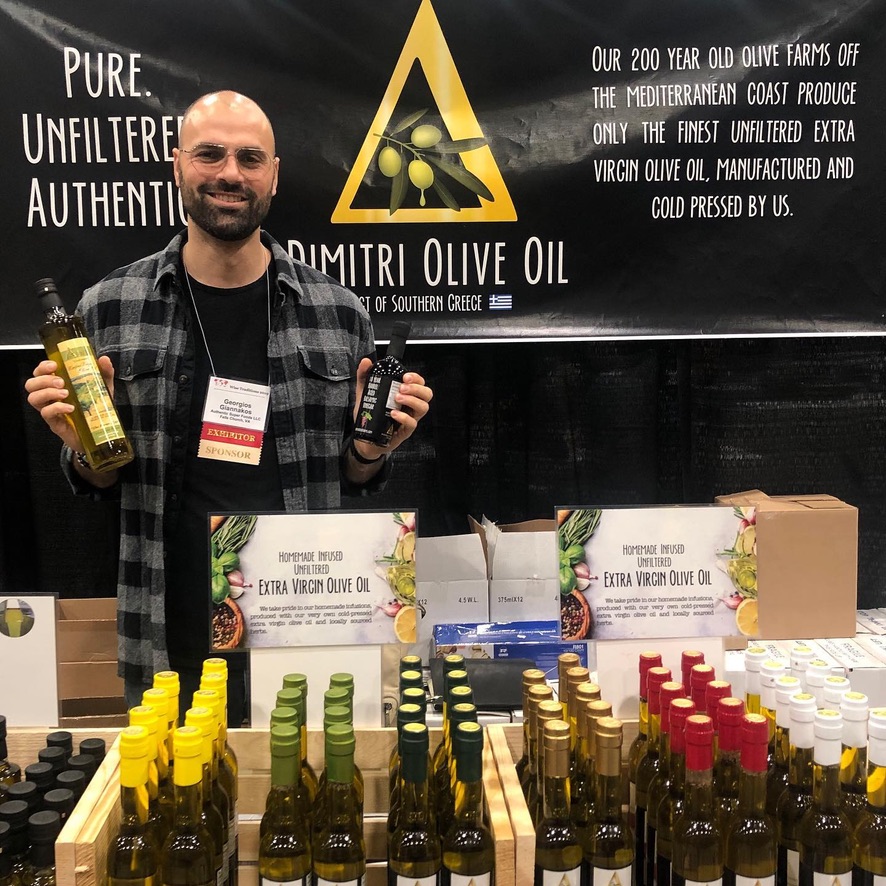 Authentic olive oil is hard to find. Extra virgin olive oil is often mixed with lower grades of it and sometimes even rancid vegetable oils such as canola are added in. The WAPF is an excellent resource with recommendations of real olive oil. So when I see an olive oil exhibiting at the Wise Traditions Conference, I know I can trust them.

Dimitri Olive Oil is from the 200 year old Giannakos family farm in southern Greece. They had a booth at Wise Traditions to taste their olive oils. Dimitri Olive Oil was founded in 2007 in Baltimore. They also make an assortment of balsamic vinegars. I loved the roasted shallot truffle flavor. And now Georgios Giannakos, who ran the exhibit booth, has started up Authentic Super Foods to sell his family’s olive oil along with other foods. Georgios says his company will “empower the health and well being of the human body”. 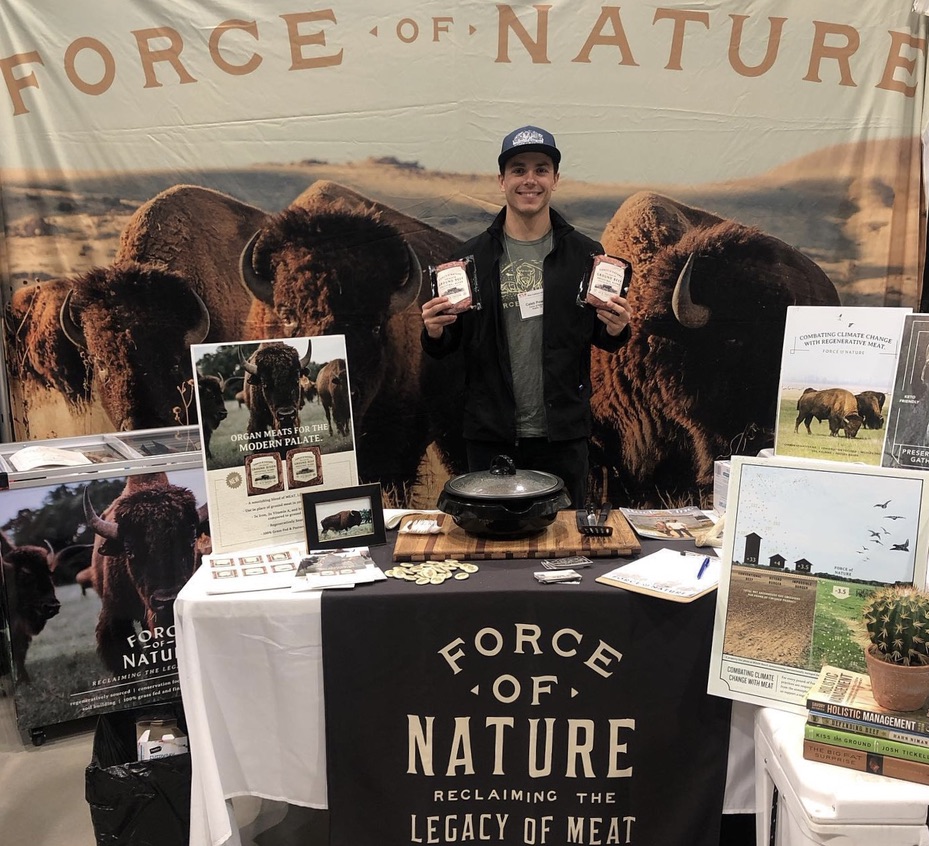 Seven years ago, Taylor Collins and Katie Forrest founded the meat snack company Epic Provisions. And now only a few months ago, they debuted their new venture known as Force of Nature. After launching Epic, they began studying regenerative agriculture. Force of Nature was founded to be able to provide regenerative meat to consumers globally. Their products are beginning to hit supermarkets with different variations of ground meat, including grass fed beef with heart and liver, buffalo, venison, elk, pork, and wild boar. They’re offering other cuts online, such as short ribs, tenderloins, and osso bucco. 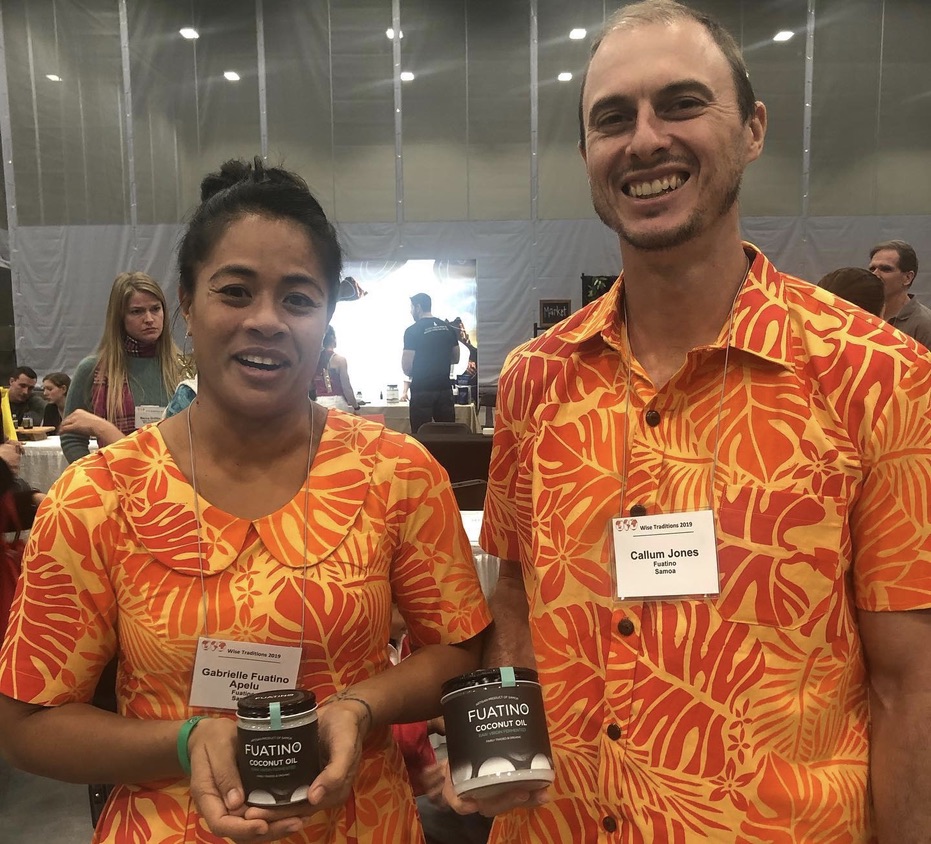 In addition to animal fats, coconut oil is a healthy oil to cook with, so I was pleased to discover a new coconut oil manufacturer among the exhibitors. Fuatino is based out of Samoa and sources from a few different farms in the country. They’re a family owned business which operates out of their family property as opposed to a factory. Fuatino’s mission is to create healthy product both for their own family and others and to take every opportunity to support their staff by paying beyond fair trade prices. 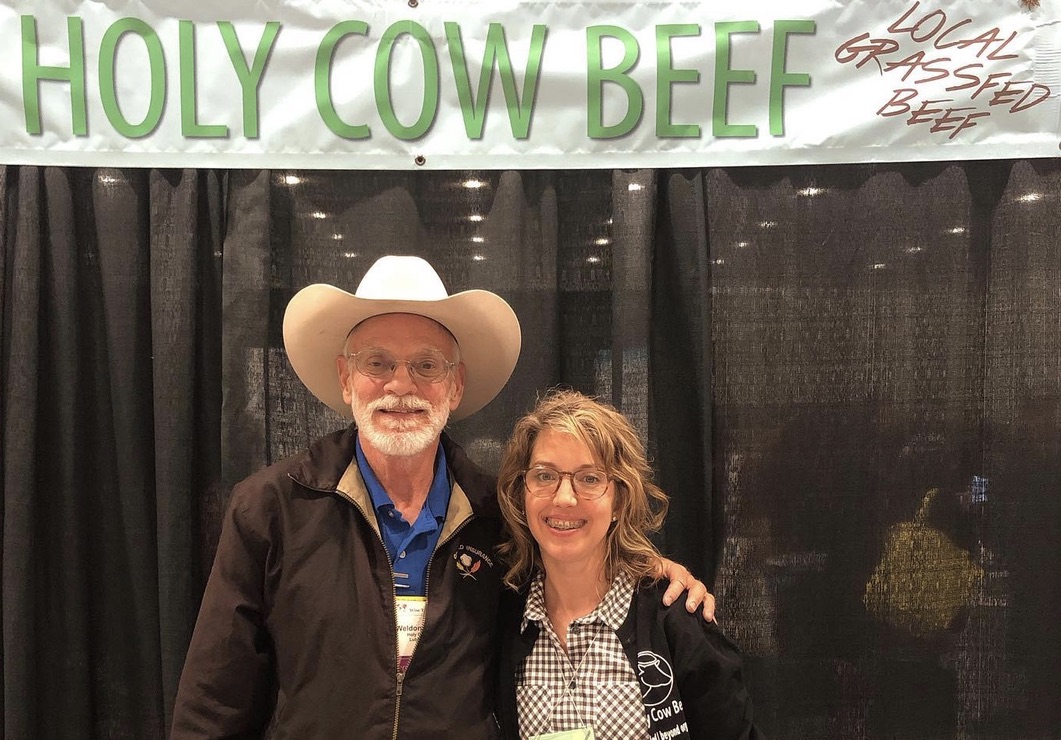 As the WAPF is all about family run farms and businesses, it’s no surprise to see so many of the exhibitors were just that. The Lubbock based farm Holy Cow Beef was born when Weldon Warren decided to live healthier by avoiding processed foods and eating foods such as grass fed beef, pastured chicken, and eggs. They sell all of these foods for delivery in the Lubbock, Dallas, Fort Worth, Midland, and Amarillo. They’re certified 100% grass fed by the American Grassfed Association. Most recently they’ve been transitioning their cattle to being truly regenerative. 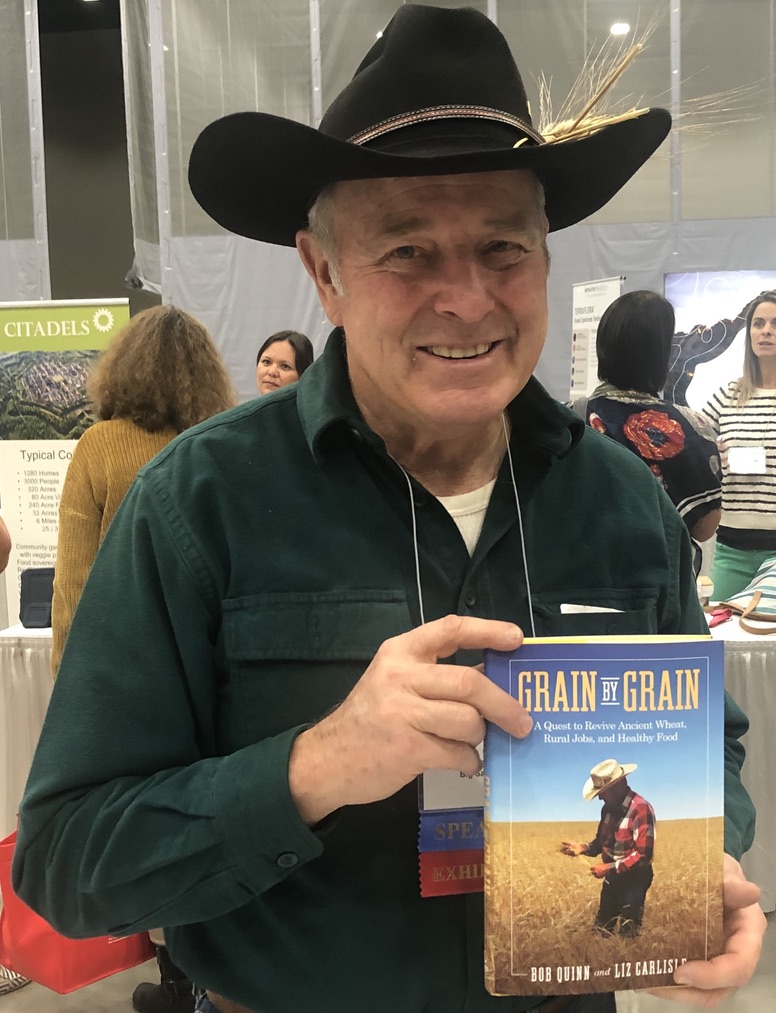 In 1986, Bob Quinn‘s company Montana Flours & Grains introduced the ancient Egyptian wheat known as khorasan into the natural food world. He branded the grain, which is similar to durum wheat, as KAMUT with that being the Egyptian word for wheat. KAMUT has strict production guidelines to be grown and can only be done so organically. Bob had a presentation at the conference on KAMUT and recently released the book Grain by Grain. 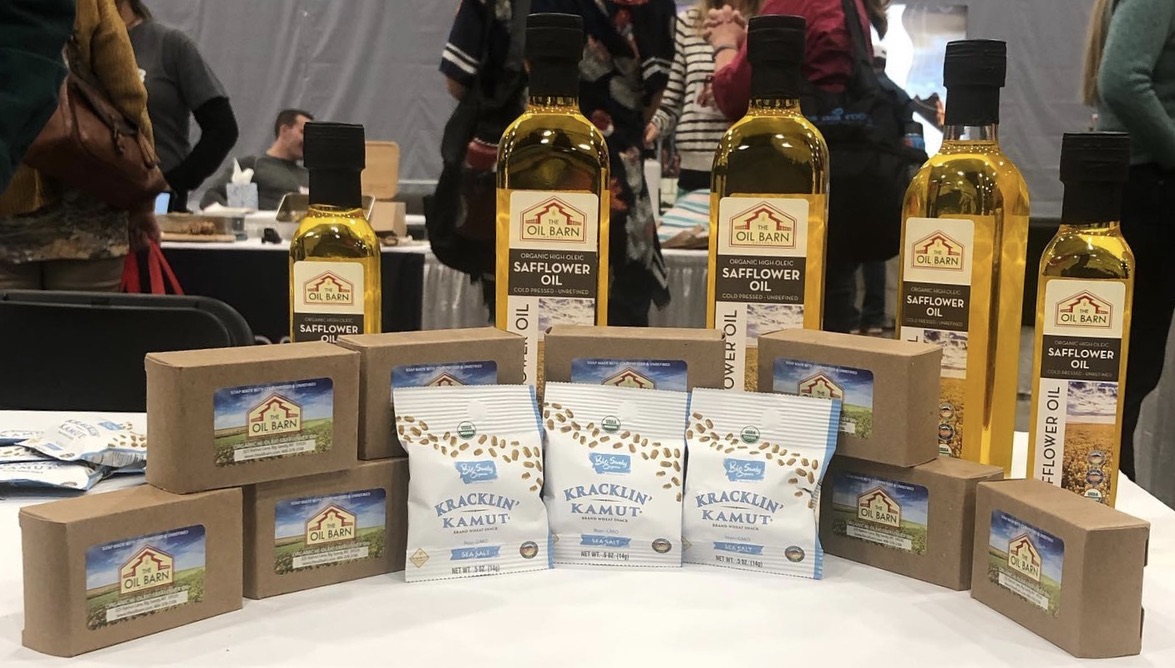 While visiting the Bob Quinn’s booth, I also had a chance to discover some of his other products. I loved sampling the Kracklin’ Kamut. It reminded me of corn nuts, but healthier and grown more sustainably. I also learned Bob has a safflower oil producer known as The Oil Barn, which sells the hard to find cold pressed safflower oil. Safflower oil can be a healthy oil if not heated, but must be cold pressed. The Oil Barn’s other creation is safflower oil soap. 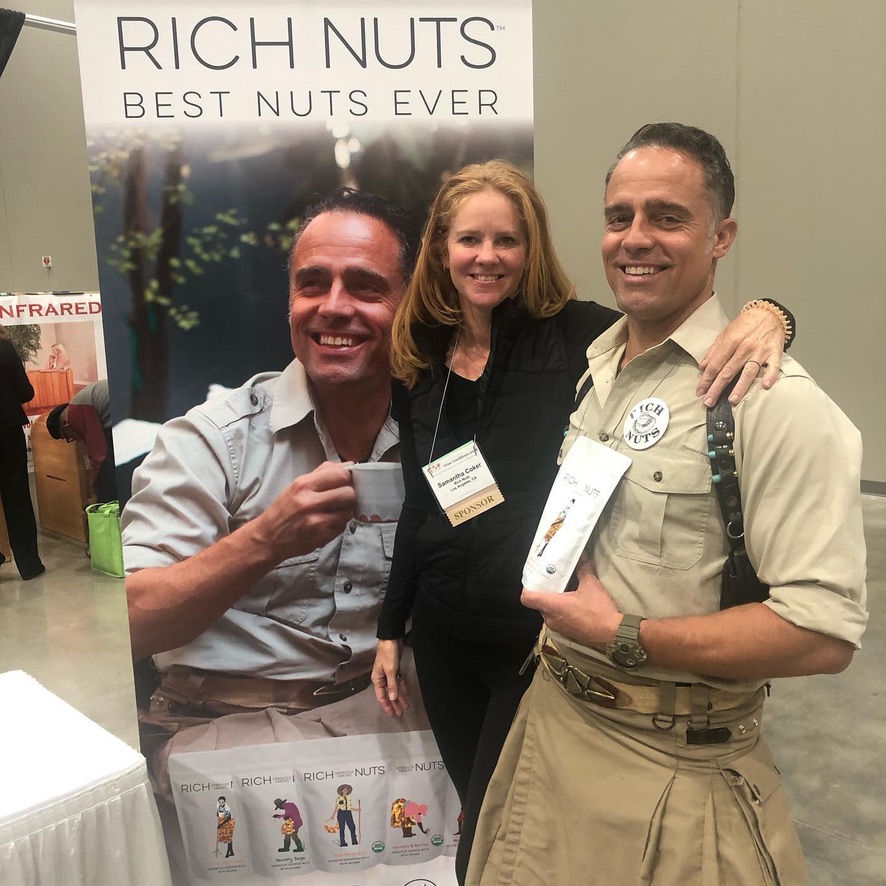 I had met Rich Nuts founder Rich about a year ago at a local LA event and was delighted to see him exhibiting at this year’s Wise Traditions. Rich began sprouting nuts when he was a firefighter in order to have a protein heavy snack to endure him on his long shifts. As he found soaking nuts in water made them soggy and unappealing, he developed a solution of seasoning with spices followed by dehydrating them. His friends, family, and co-workers all loved his concoctions, so Rich Nuts was born. The types of nuts they have include walnuts, cashews, pecans and macadamias. They’re seasoned with everything from maple syrup to balsamic vinegar to curry powder.