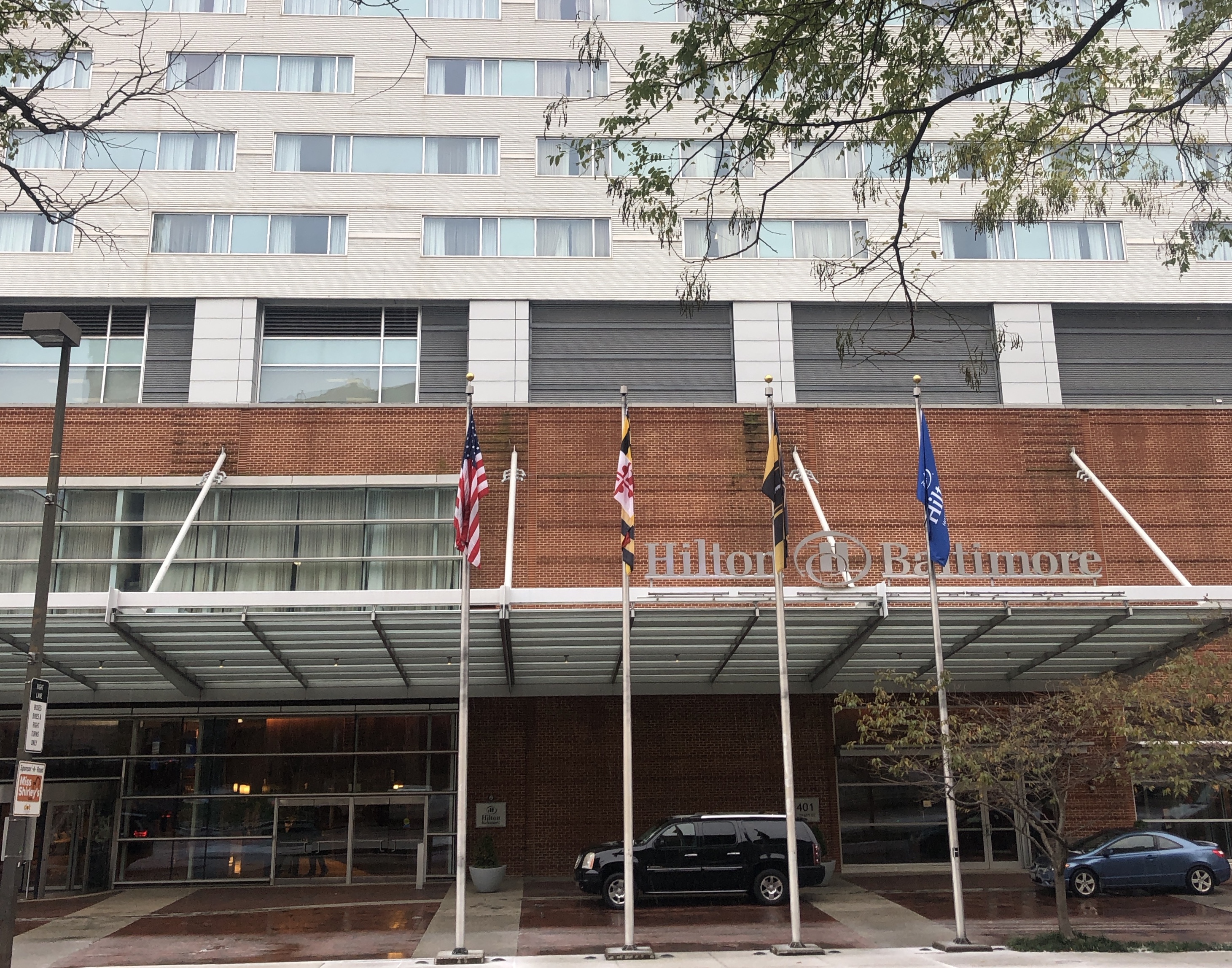 A few weeks ago back in November, I attended The Weston A. Price Foundaiton‘s 2018 Wise Traditions Conference. This was my third time attending one of their international conferences. As it was held in Baltimore, it was the first one I attended outside of my home state of California. And prior this one, I hadn’t been to their conferences since 2015. It was a pleasant return, meeting new people and businesses as well as getting reacquainted with many familiar faces.

As always, the conference was filled with speakers on different topics throughout its three days. The 2018 Conference had one of the strongest speaker lineups of any I had seen. Here’s a recap of all the presentations I attended. 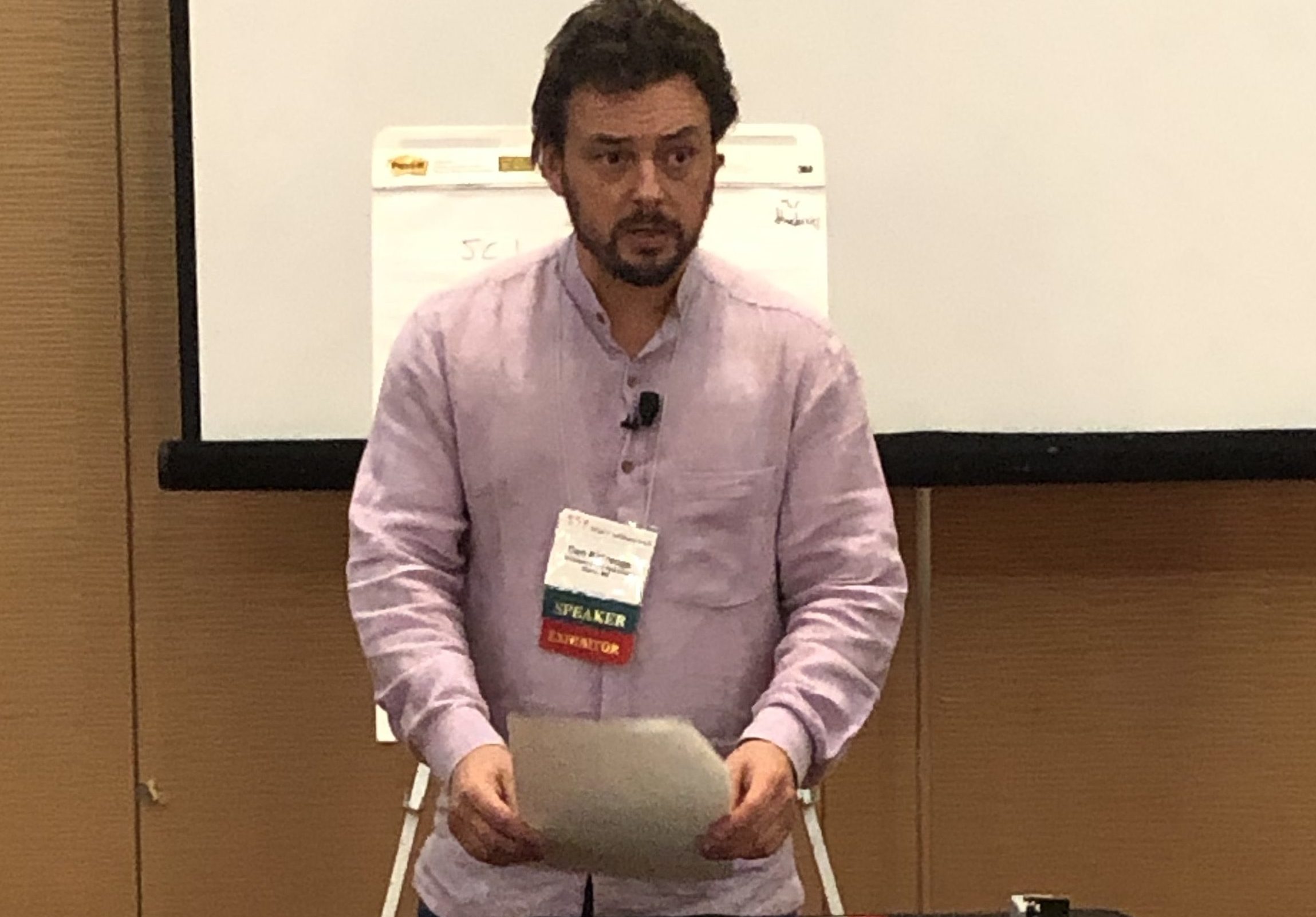 Day one of the Conference was the all day panels. I chose the farming track, which featured Dan Kittredge. Dan is founder and executive director of the Bionutrient Food Association, a non-profit organization which help growers, consumers, and retailers learn about the benefits of healthy soil and the high quality food it leads to growing. Soil science has become an important topic in growing nutrient dense foods.

Dan discussed what goes into making healthy soil. He explained how we can use refractometers, also known as Brix meters, to measure the nutrient density of the soil they were grown in. He also devoted a good portion of time to answer people’s questions. Many asked about rooftop gardens and aquaponics. Dan said that while they may be a good way to get people in the city, into gardening and farming, ultimately they can’t come close to the nutrient density of growing found in nature with rich, healthy soil. 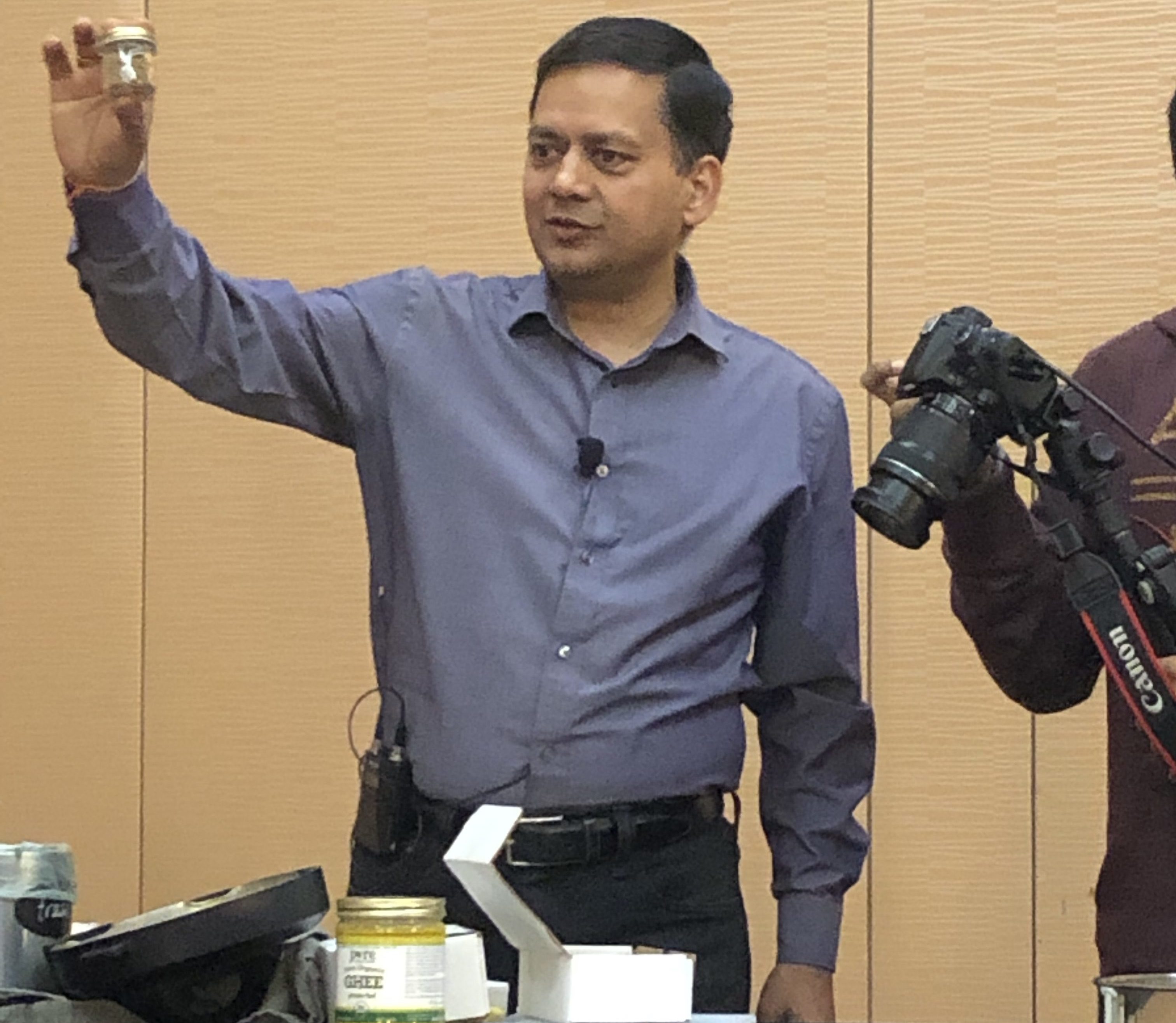 I’ve known Pure Indian Foods owner and Princeton, NJ WAPF Chapter Leader Sandeep Agarwal for a while now. I first interviewed him for my podcast when he had his traveling Butterworld exhibit at the 2013 Wise Traditions Conference. I’ve had the pleasure of getting to see him at several conferences since. This year he gave a demo about cooking with ghee, spices, and herbs.

Sandeep introduced people to several spices which offer great health benefits, but they may not have heard of. First, he talked about ajwain and how it’s good for digestion. He said he consumes it when he travels. Sandeep next mentioned a little known fruit called amla, which is high in antioxidants.  And lastly, he taught us about the spice asafetida, which is used to help gassy babies. 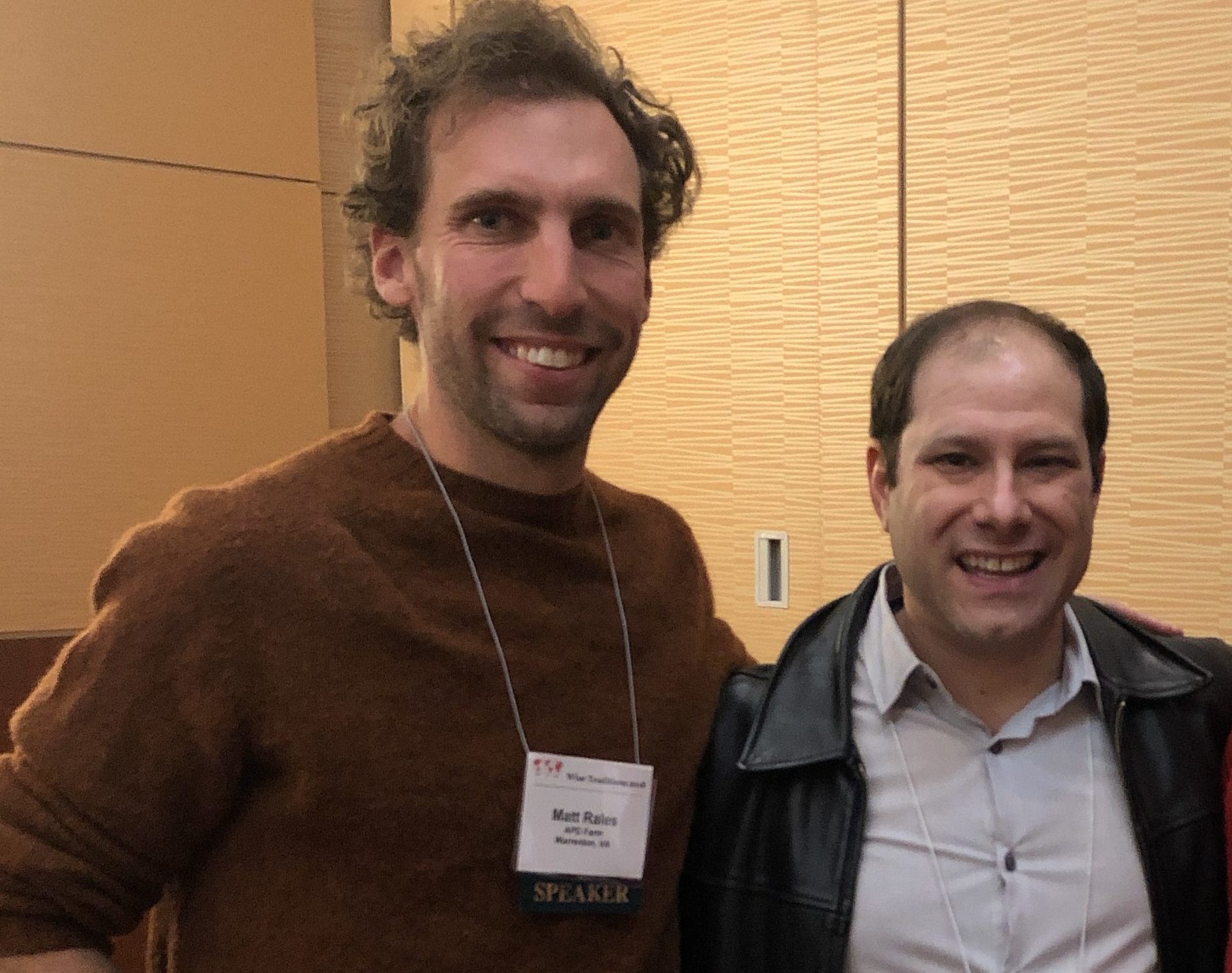 The next person I saw speak was Matt Rales with a presentation entitled “Grazing for Nature: Creating Real Ecological Wealth Using Animals”. Matt now has a farm on 2,000 acres in northern Virginia as he studies the soil carbon, perennial grasses, and microbial life as the cattle he grazes to produce the most nutrient dense grass fed beef.

Prior to having his own farm, Matt worked under many different farmers and ranchers, learning about grazing management and land regeneration. He also discovered a great deal about wildlife spending time in southern Africa. Matt grew up on a horse farm and plus fishing and camping in the summer, so he’s been studying animals and their relationship in nature his entire life. Also from learning the history of animals grazing the earth, he talked about how we need to have our cattle mimic the way mammoths grazed. As he now runs a farm, he has the ability to find out first hand the best way for agriculture to mimic nature. 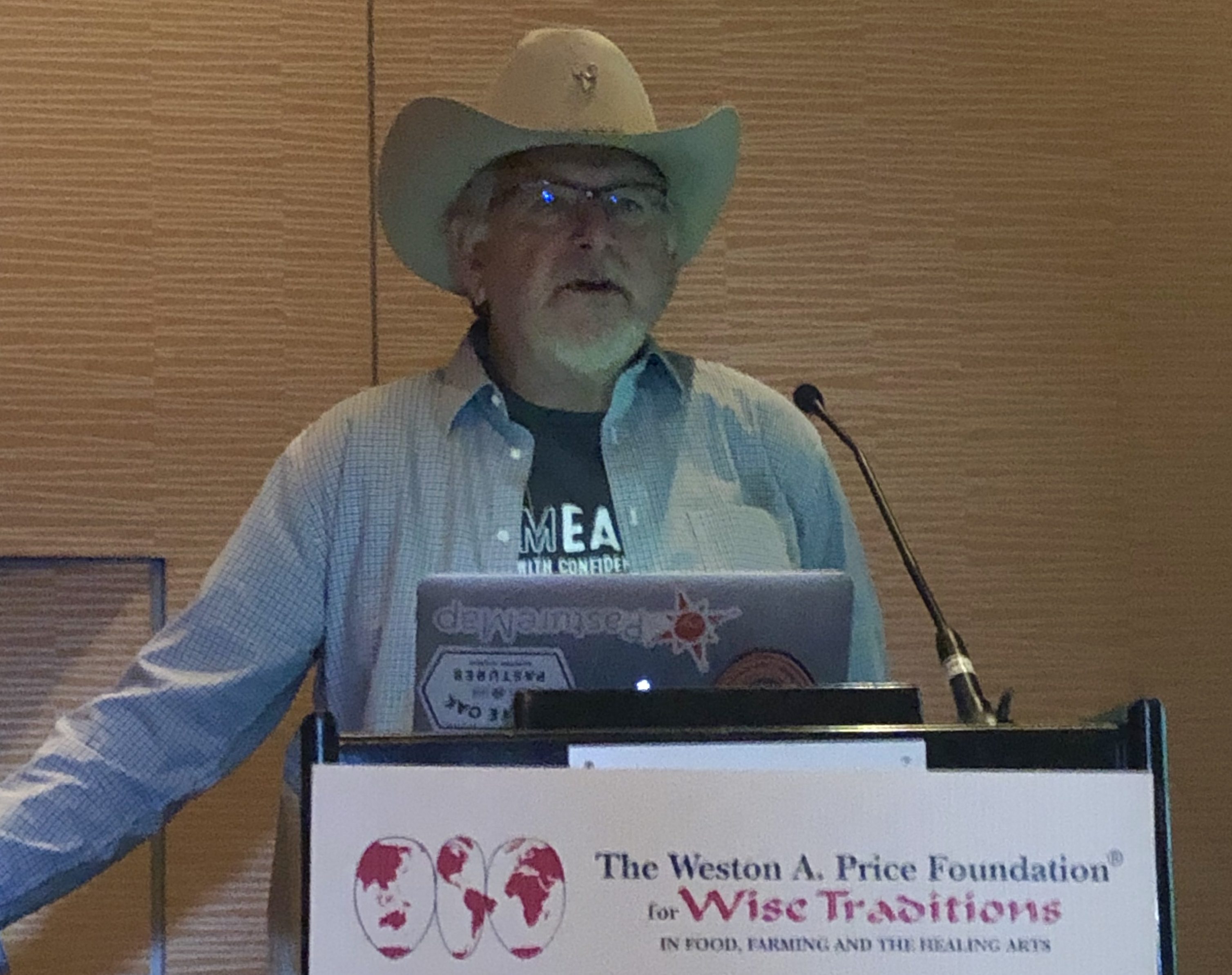 Will Winter is a frequent speaker at the Wise Traditions Conferences. He practiced holistic veterinary medicine for many years and founded the American Holistic Veterinary Medical Association. More recently, he founded the American Holistic Livestock Association and in 2011, he founded Grassfarmer Supply, which offers products and consultation in sustainable grass fed and pastured livestock production.

In past years, Will has spoken about various aspects of nutrient dense farming. This year, he wanted to devote a presentation specifically to grass fed milk with his talk entitled “Fourfold Path to Making 100% Grass-fed Milk”, which was a nod to Thomas Cowan’s Fourfold Path to Healing. Will explained that for the first time organic dairy is in trouble. The only two types of milk presently selling well are A2 and 100% grass fed. He went on to say we’ve been finding out there’s a greater difference between grass fed and grain fed milk than between organic and conventional milk. With Will’s experience over his career, he explained how to successfully produce healthy 100% grass fed milk as cows are horrible digesters of grains and can’t handle even a tiny amount. 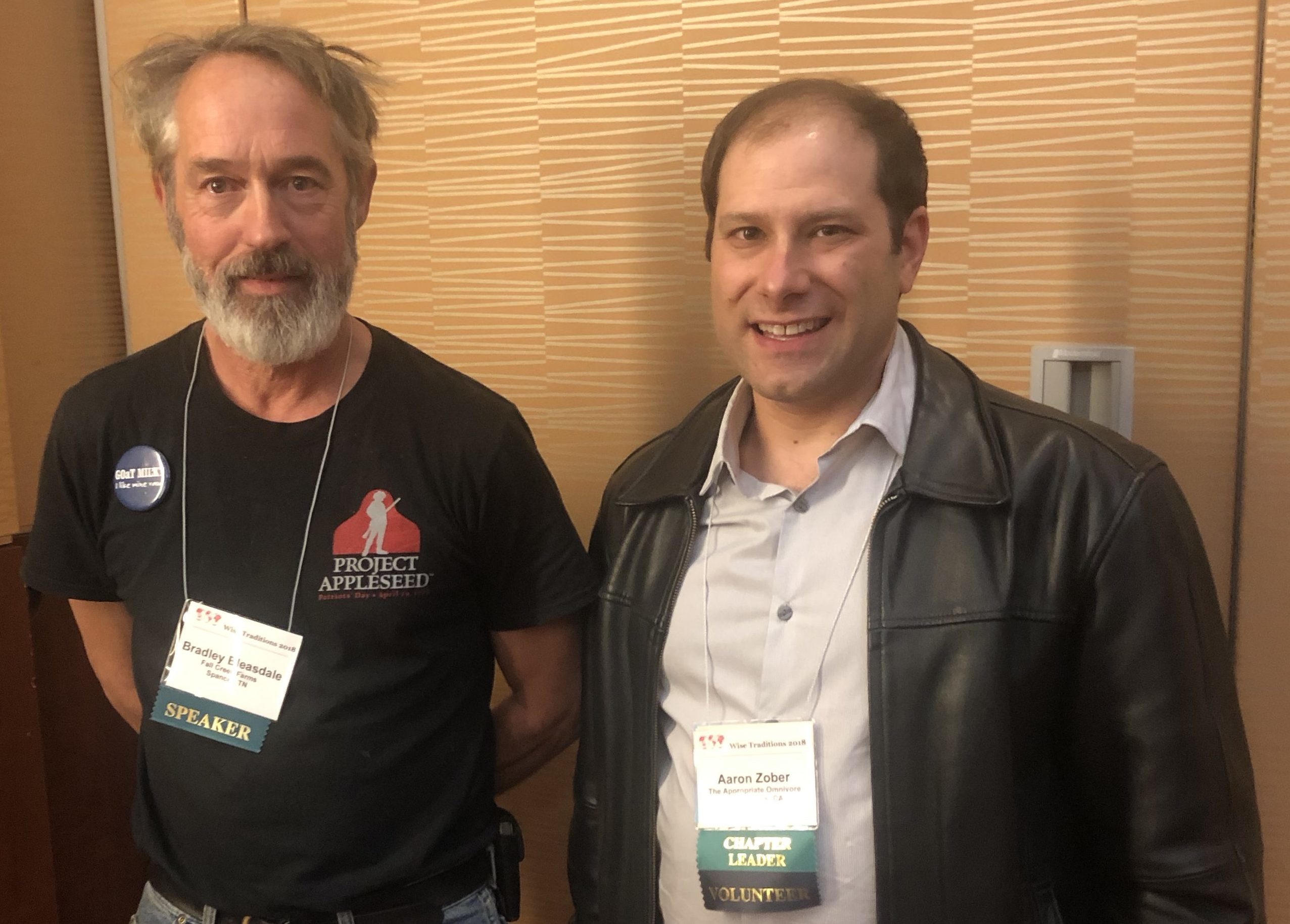 Learning about dairy continued as I saw Bradley Bleasdale (pictured above) along with his wife Dana of Fall Creek Farms give a talk entitled “Life, Liberty and the Pursuit of Raw Milk”. Dana gave a brief history of their raw milk goat farm, including when government officials investigated it. Bradley then examined the whole claim about how raw milk isn’t safe.

Bradley brought up the Jalisco Mexican Products, which used raw milk resulting in people getting sick from it in 1989. This has been a talking point of a big ag for so long. When they speak of the deaths from raw milk, they always start with the year 1989 as no deaths have occurred since then. And what they don’t even mention was that the inspection of the dairy concluded that the milk didn’t become contaminated with listeria until after the milk had been pasteurized. Bradley also explained how 30 people die from cantaloupe in one year yet no efforts are made to pasteurize cantaloupe or restrict people’s access to it. As raw milk is still so demonized, Bradley did a wonderful job showing how to read between the lines at news reports and articles about the supposed dangers of raw milk. 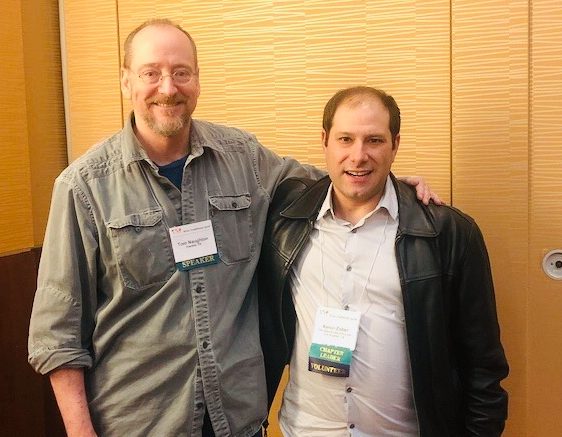 As I went to speak to Bradley Bleasdale after his raw milk talk, I ran into one of my longtime favorites. Back when I first discovered the Weston A. Price Foundation, I watched the documentary Fathead, which gave both a humorous and informative look at debunking the cholesterol and saturated fat myth. Fat Head director and star Tom Naughton was selected as the keynote speaker for this year’s conference.

Similar to Tom’s film, his keynote also provided great laughs and insights into consuming a healthy diet. Tom talked about two books The Wisdom of the Crowds and The Vision of the Anointed. While neither were written about nutrition, he explained how the principles of each book fit. Wisdom of the Crowds related to people who believe in the benefits of a high fat, low carb diet despite what the so-called “experts” say. Vision of the Anointed was compared to groups such as the USDA and The American Heart Association. These groups tell us to eat a low fat, high carb diet. They want us to follow them based on their power despite there being conflicting evidence out there as to what they’re recommending.

Tom Naughton then went on to explain how we’re hearing the voices of The Wisdom of the Crowds louder now and less people are listening to The Vision of the Anointed. There’s evidence of this as full fat milk and butter sales are going up, skim milk sales are down, and red meat sales are up for the first time.

The full version of Tom Naughton’s keynote can be viewed here: https://www.youtube.com/watch?v=GDlF-z_x7vc&t=10s 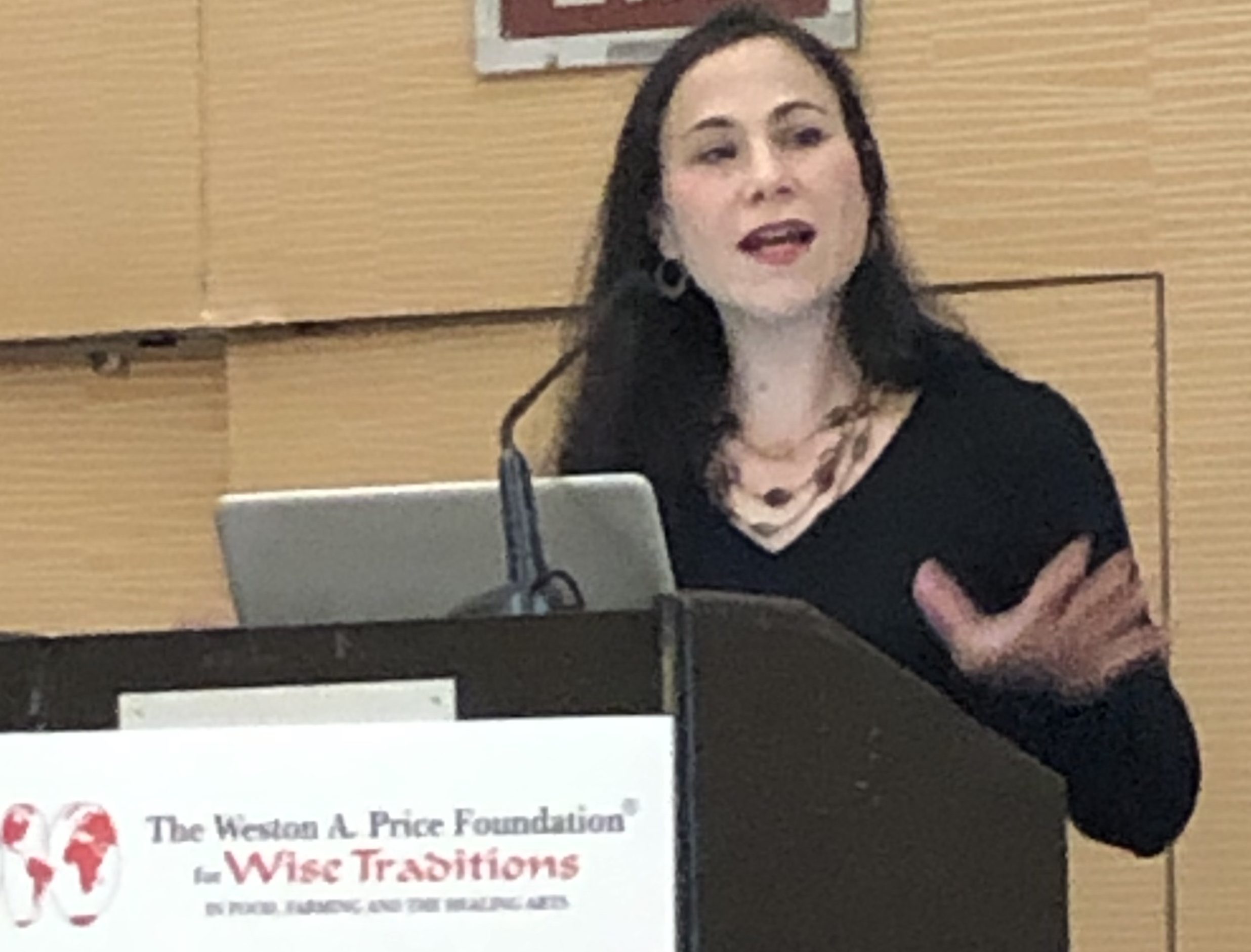 My last day of the conference began with Amy Berger speaking about a nutritional strategy to fight Alzheimer’s disease. Amy is a nutritional therapy practitioner with an emphasis on low carbohydrate diets.

For the second year in a row, Amy spoke about the relationship between Alzheimer’s disease and nutrition. She explained how unlike heart disease or diabetes, people don’t link Alzheimer’s to what people eat. She went on to say we need to start looking at the Alzheimer’s in this way. She said she believes diet is the biggest factor of what causes Alzheimer’s. Amy explained the disease is caused by fuel starvation of the brain and gave advice on how we can change our nutrition to prevent it. 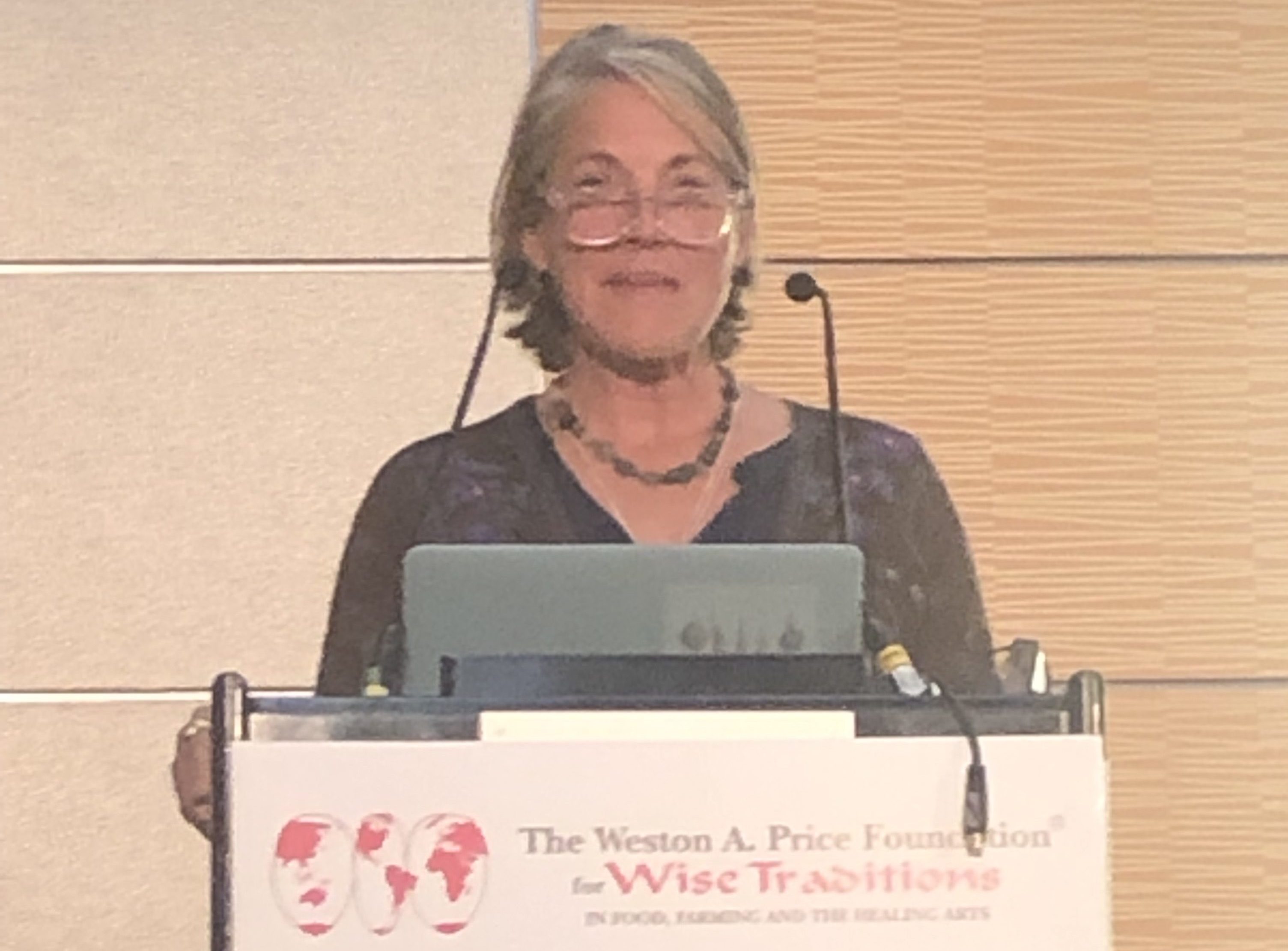 The speaker for the closing ceremonies of Wise Traditions 2018 was Leigh Merinoff of Meadows Bee Farm.  Leigh started up a farm in southern Vermont where kids enroll in a Young Farmers Badge Program devoted to getting them into farming. The program was created to teach children about the Weston A. Price recommended nutrition, agro-ecology, permaculture, crafts and raising livestock. Her presentation was accompanied by a slide show filled with colorful photos getting us to see what the farm looks like.

Overall, the pre-Thanksgiving weekend resulted in another successful Wise Traditions Conference. I devoted a good portion of my time on the farming and agriculture tracks, but also got to spend some of it learning about cooking, nutrition, and health.

For those who were unable to attend the Wise Traditions 2018 Conference, those who would like to see some of the tracks they missed, or those who want to listen to some speakers again, the recordings can be purchased here: