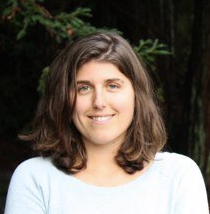 Earlier this year, Katie had organized the Dey Dey’s Best Beef Ever Open House on their farm.  I had the pleasure of meeting Katie there. Since getting to know her, I interviewed her on my podcast and couldn’t wait to attend my first Fermentation Festival.

I was very pleased with what the Fermentation Festival had to offer.  It’s one of the best local festivals for being able to see speakers and exhibitors of nutrient dense foods.  Like many of these festivals and conferences that I attend, there were so many great people and businesses that it’s hard for me to write up everything  I liked in one article.  So this is the first in a series.

The most unique elements of the Santa Barbara Fermentation Festival were the hands-on workshops and stations for learning how to ferment foods.  I’ve been to many other festivals and conferences with speakers and exhibitors presenting their products, but the Fermentation Festival was the first one I attended with actual step-by-step lessons on wild fermentation and the opportunity to take home your own cultures and fermented veggies. 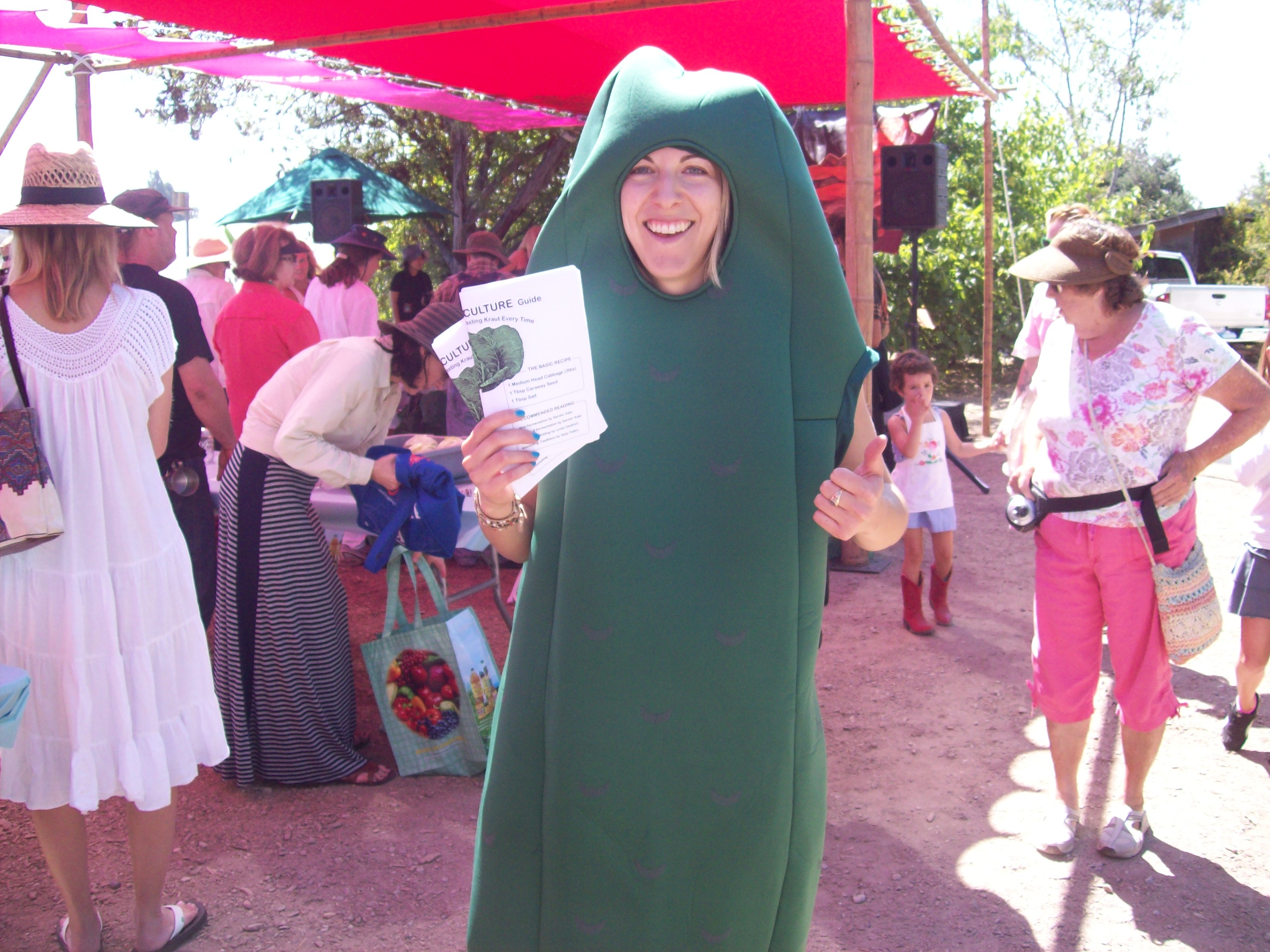 The first hands-on workshop for the day was on making sauerkraut.  Pictured above is Patty the Pickle, who handed out the instructions.  Her costume was a hoot.  I’ve loved pickles since I was a child, so I was sold on the festival just by seeing her costume. 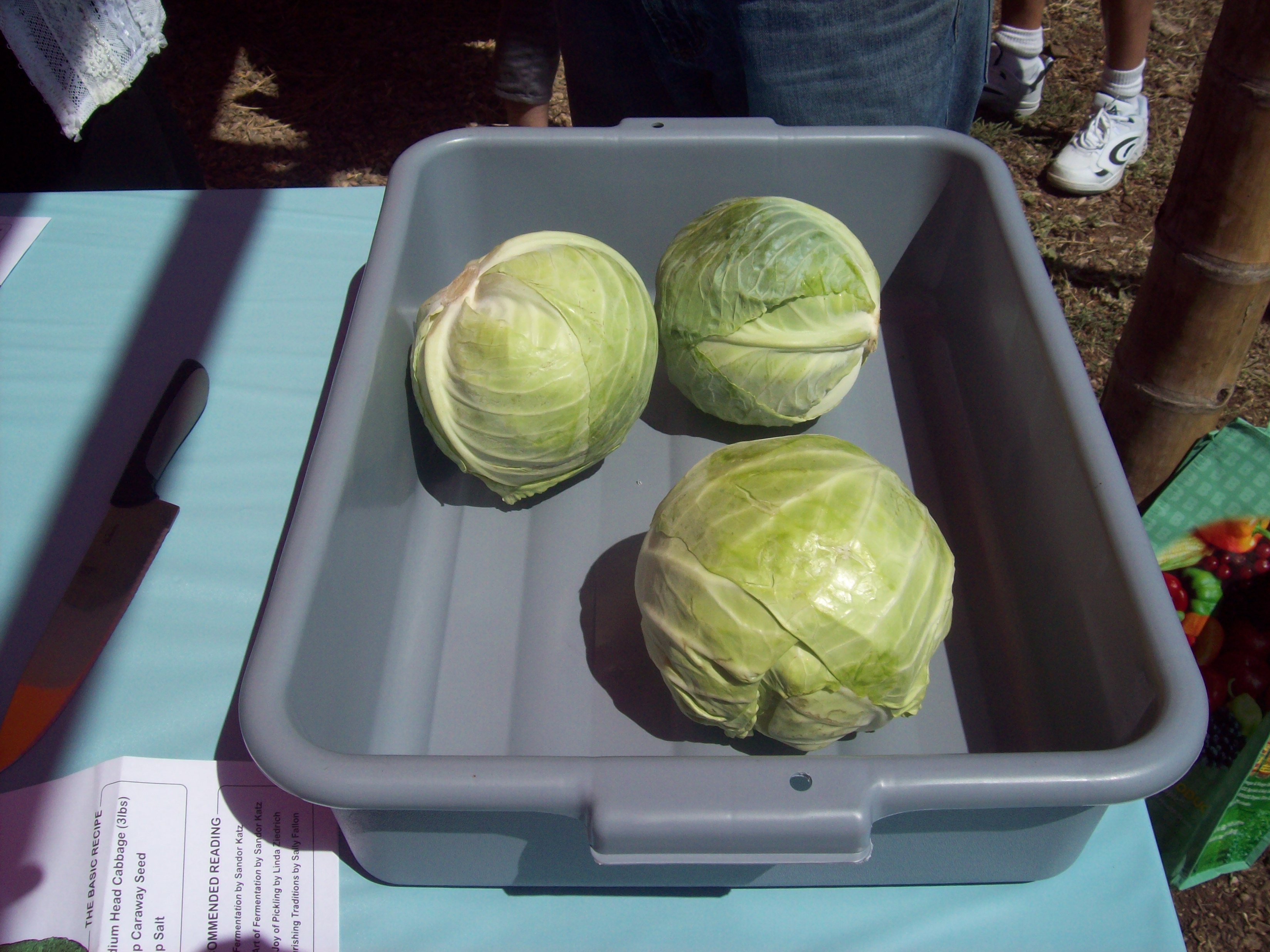 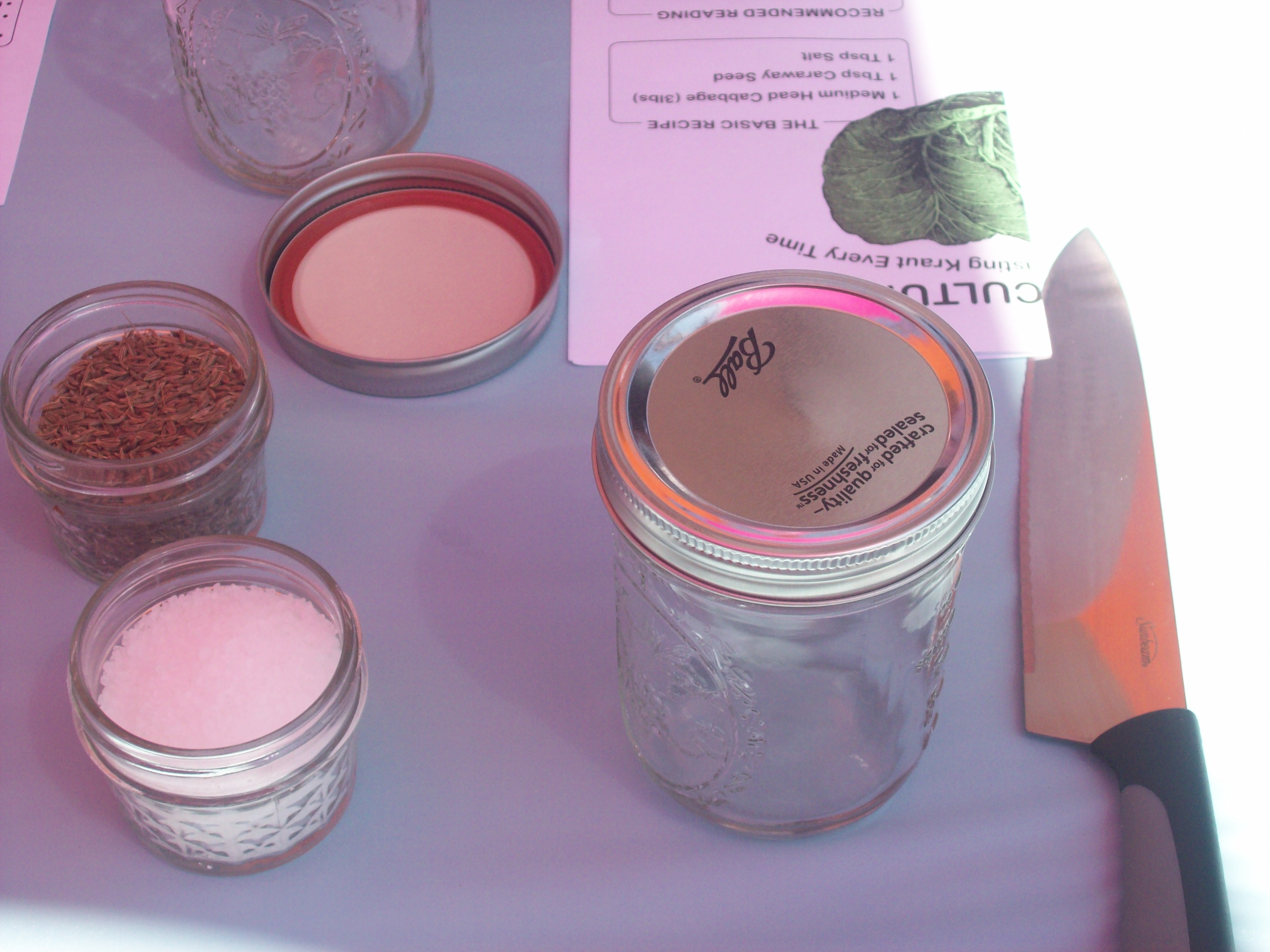 All of the hands-on workshops consisted of tables containing the ingredients and tools needed for the various types of fermentation.  For the sauerkraut, that included the cabbage, caraway seeds, salt,  a knife for cutting, and jars to store the sauerkraut in. 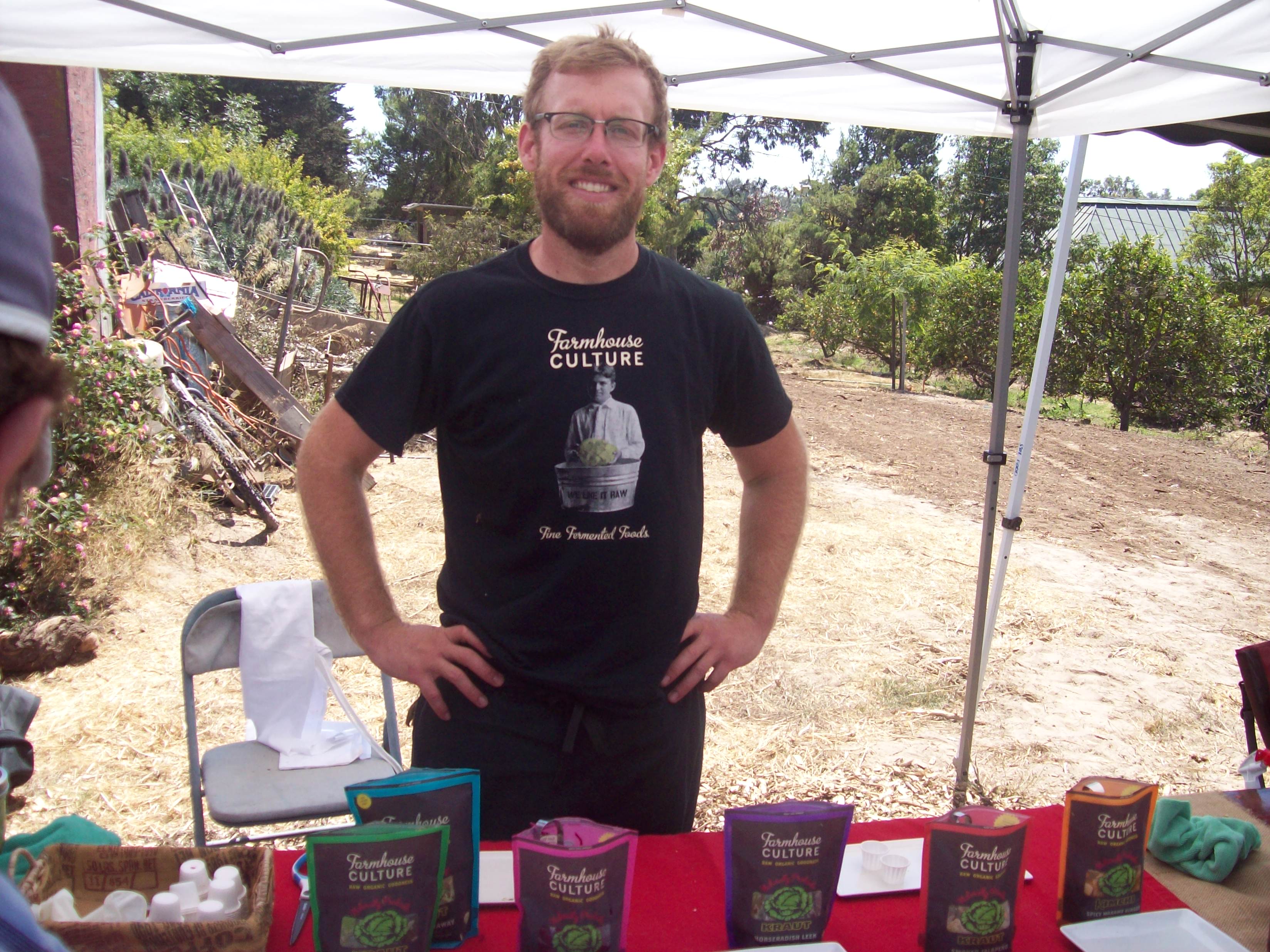 The sauerkraut demo was done by the people at Farmhouse Culture.  I got to know Farmhouse Culture founder Kathryn Lukas back at the Natural Products Expo in March and then had the pleasure of interviewing Kathryn on my podcast back in June.  After interviewing Kathryn, I’d say Farmhouse Culture was a great choice for teaching people about making kraut.  In addition to the workshop, Farmhouse Culture also had an exhibitor booth where attendees could taste and buy their different flavors.  I love their garlic dill pickle kraut, but have trouble finding it in stores in Los Angeles, so I gladly purchased a couple packages of it at the festival. 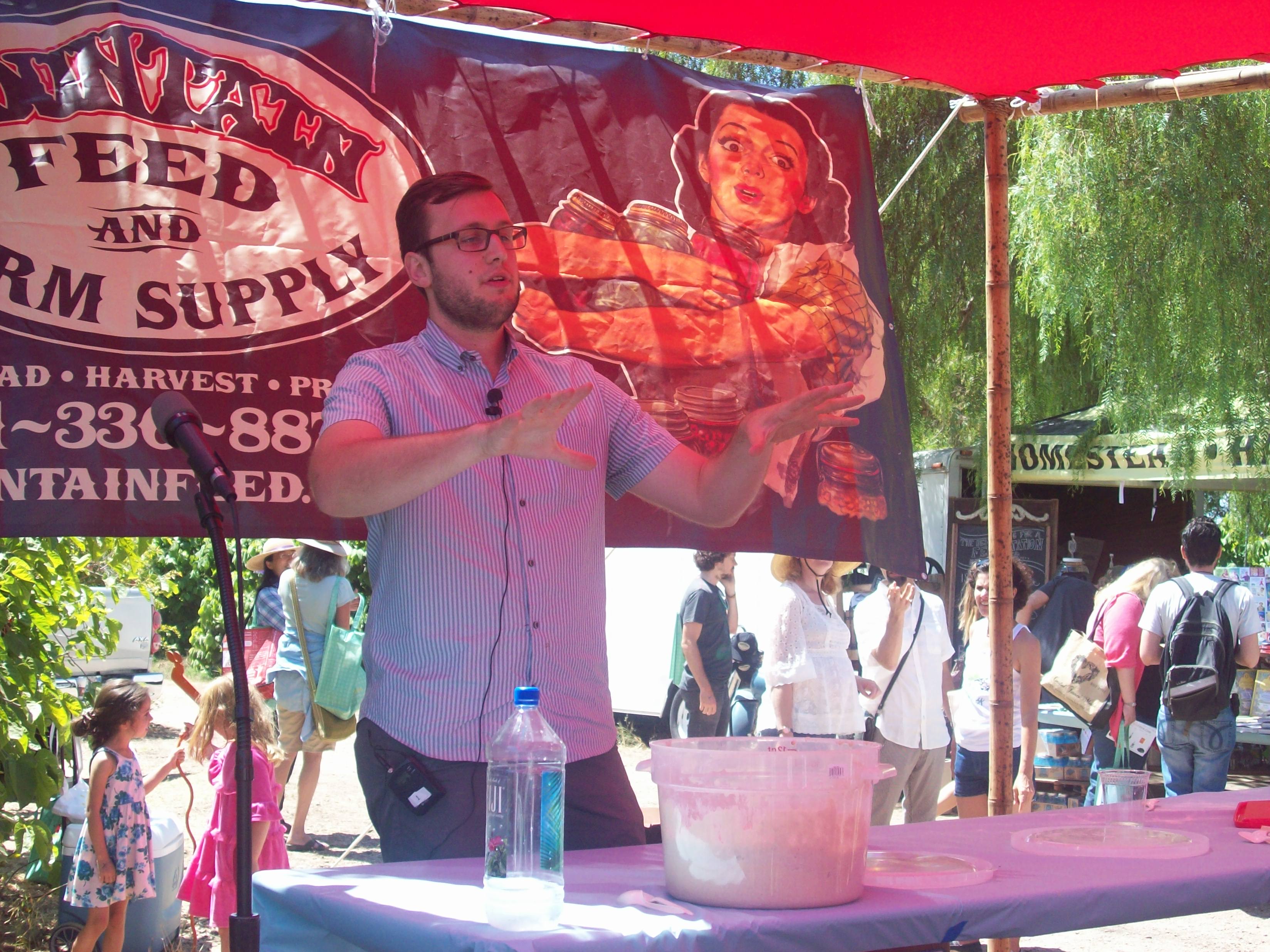 Another one of the hands on workshops in fermentation was on sourdough starter cultures.  Traditionally, wheat has been consumed only by fermentation.  Bread and baked goods using baker’s yeast are relative newcomers in the grand history or food.  Baker’s yeast was introduced so bread could bake faster and be on the market sooner.  As people such as myself return to the ways we used to eat, we opt for sourdough bread.  Making sourdough cultures is a more advanced process than sauerkraut, but I was eager to learn what goes into making these starters.  The culture consists simply of flour, water, and salt, but involves constantly adding water and flour to it. 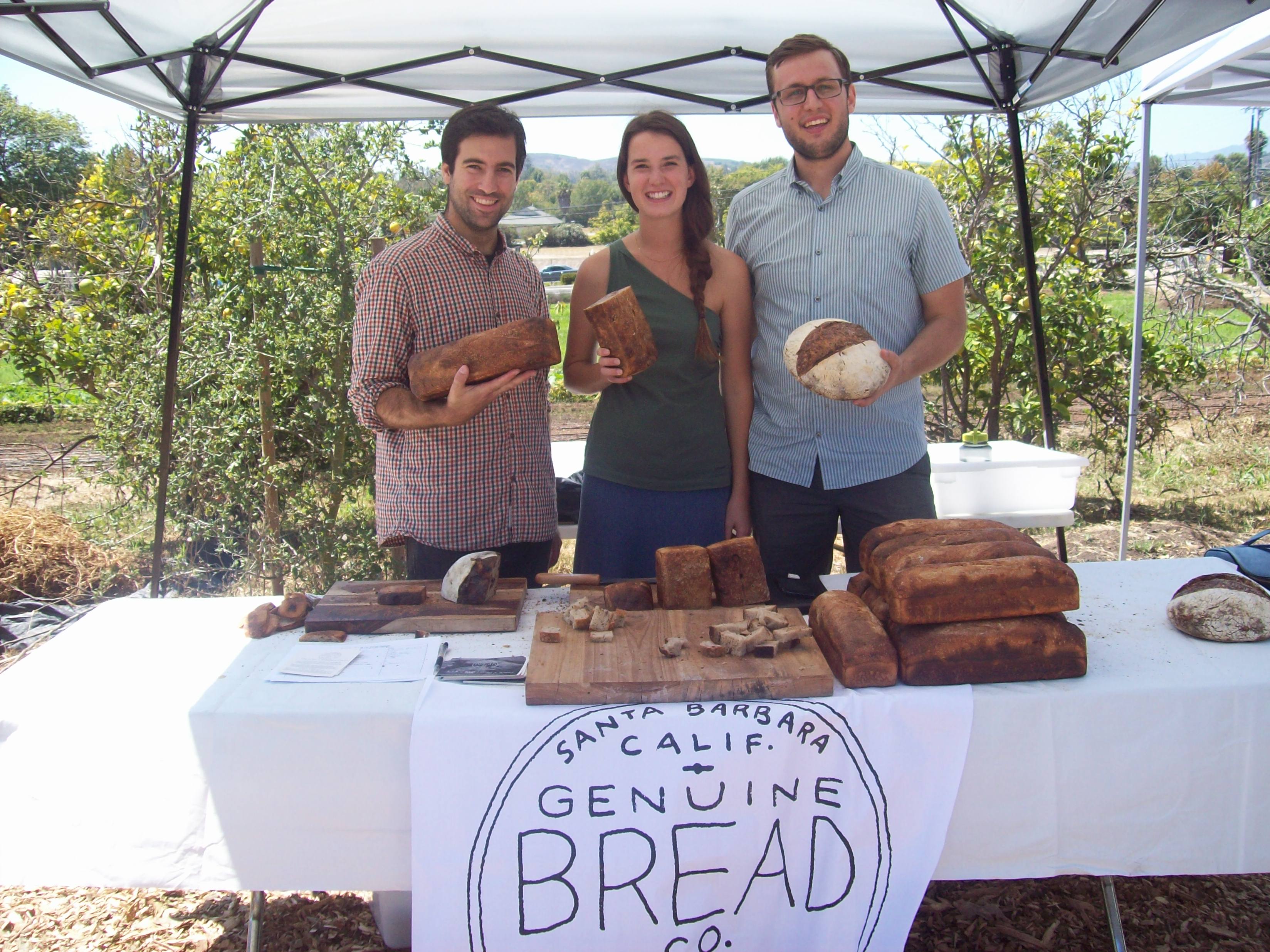 The sourdough starter workshop was put on by the Santa Barbara bakery the Genuine Bread Company.  Like Farmhouse, they also had a booth for people to taste and purchase their great varieties of bread. 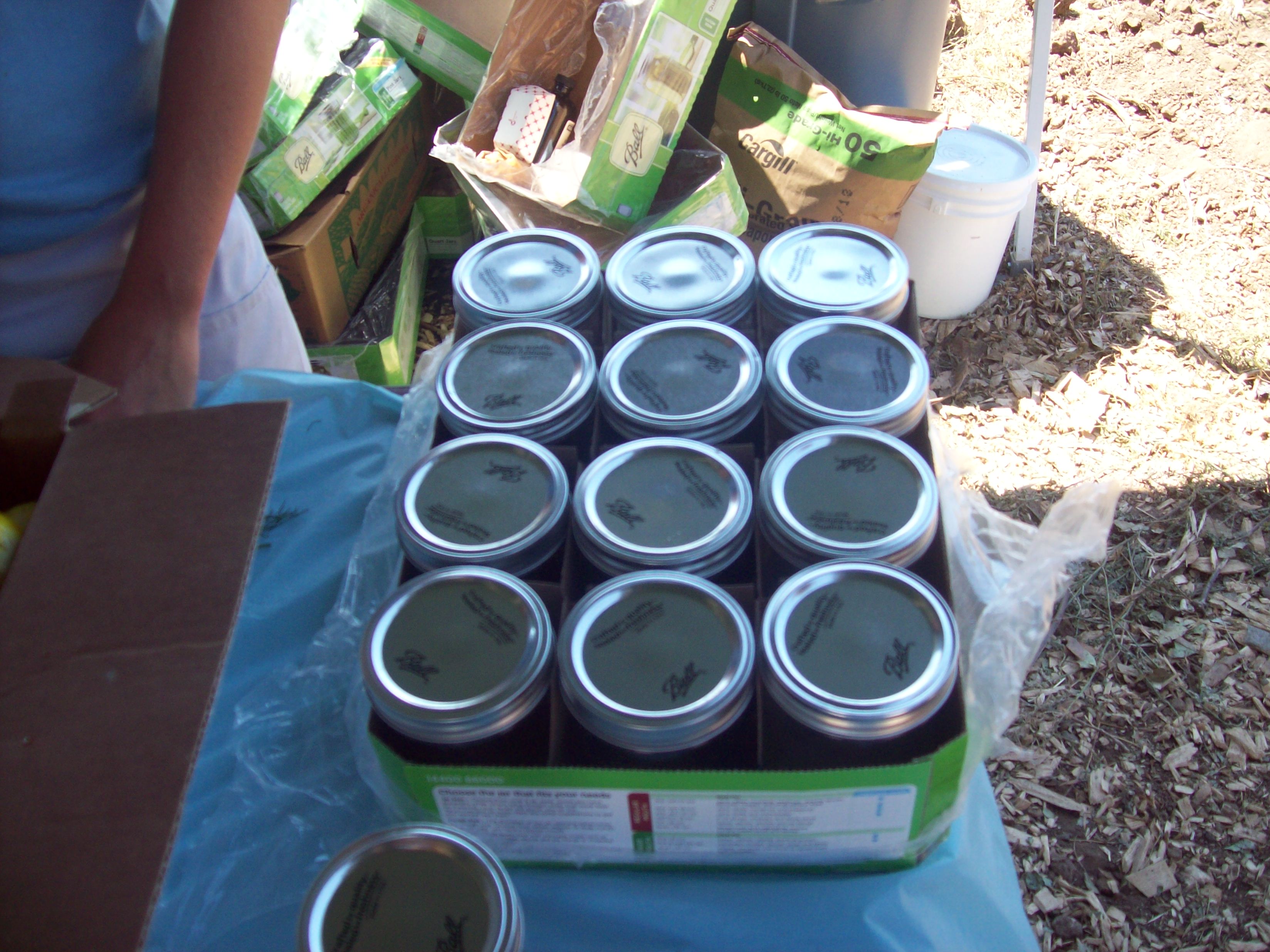 The final hands-on fermentation at the Festival took place at the booth for the Sonoma Brinery.  As I mentioned, I’ve always loved pickles. And the Sonoma Brinery are who I buy pickles from, so I was excited to see that they were the ones teaching about lacto-fermented pickles. The process started with grabbing one of the jars pictured above. 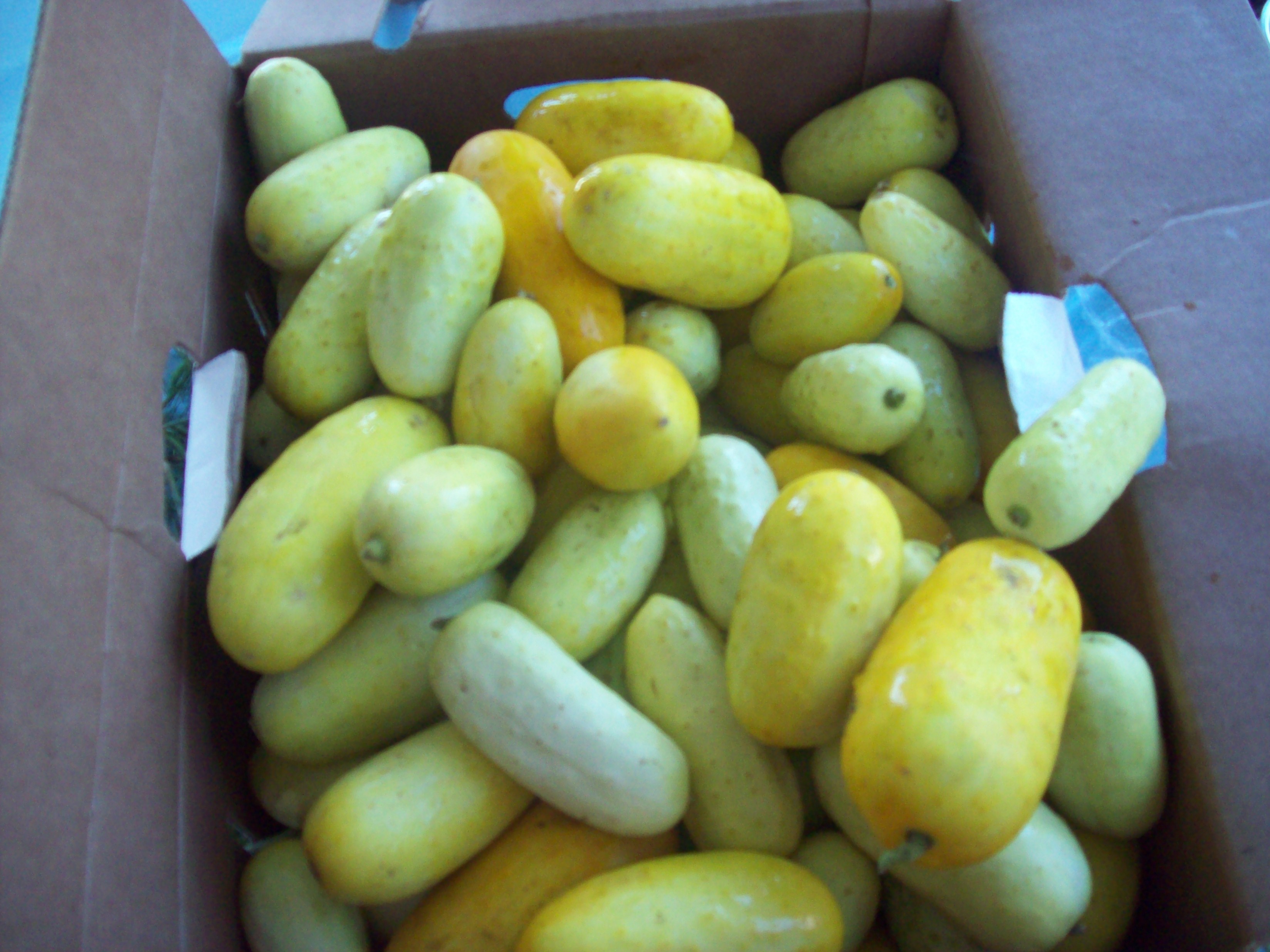 Next, I picked several of the cucumbers from the box and placed them in the jar. 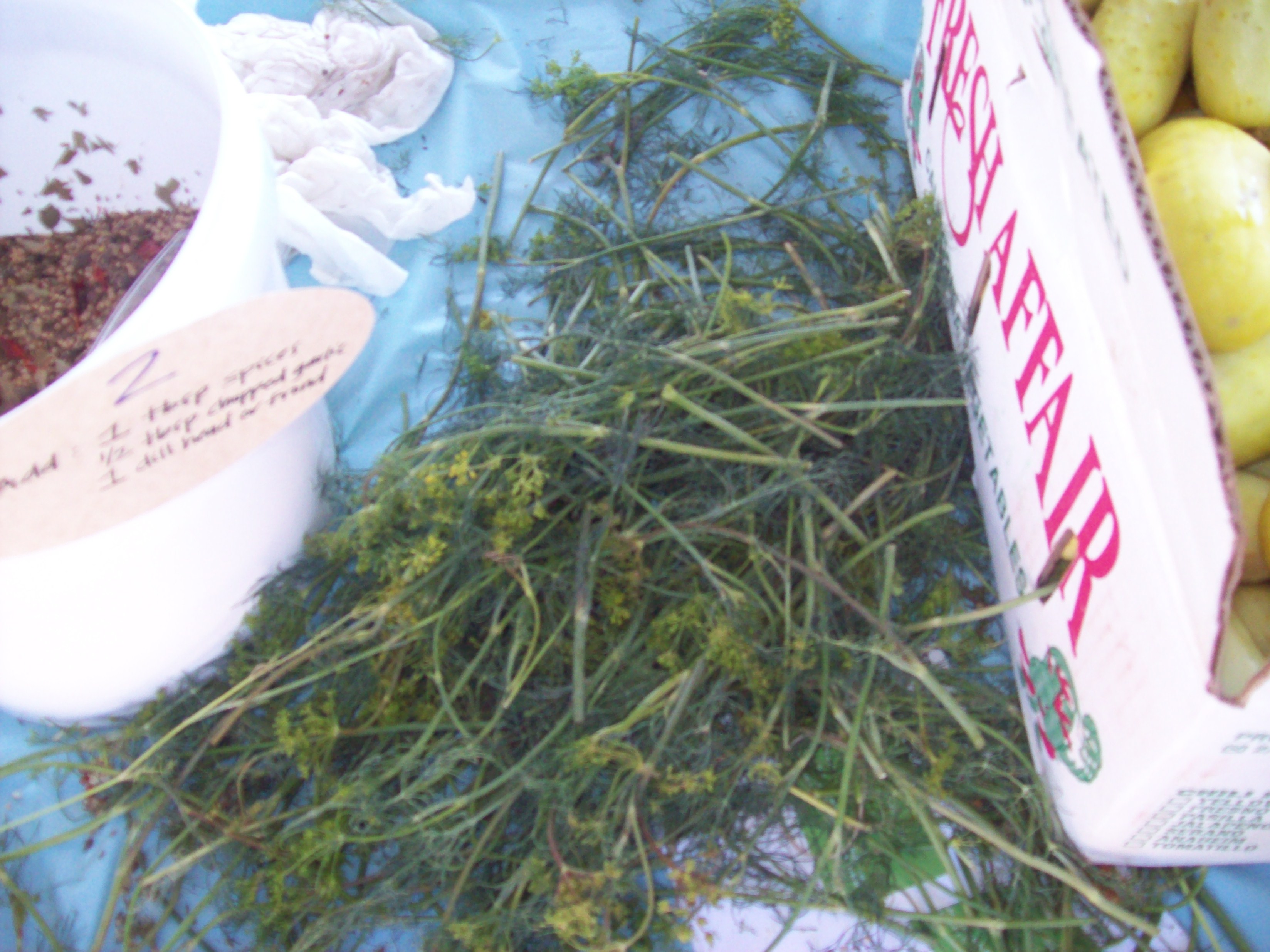 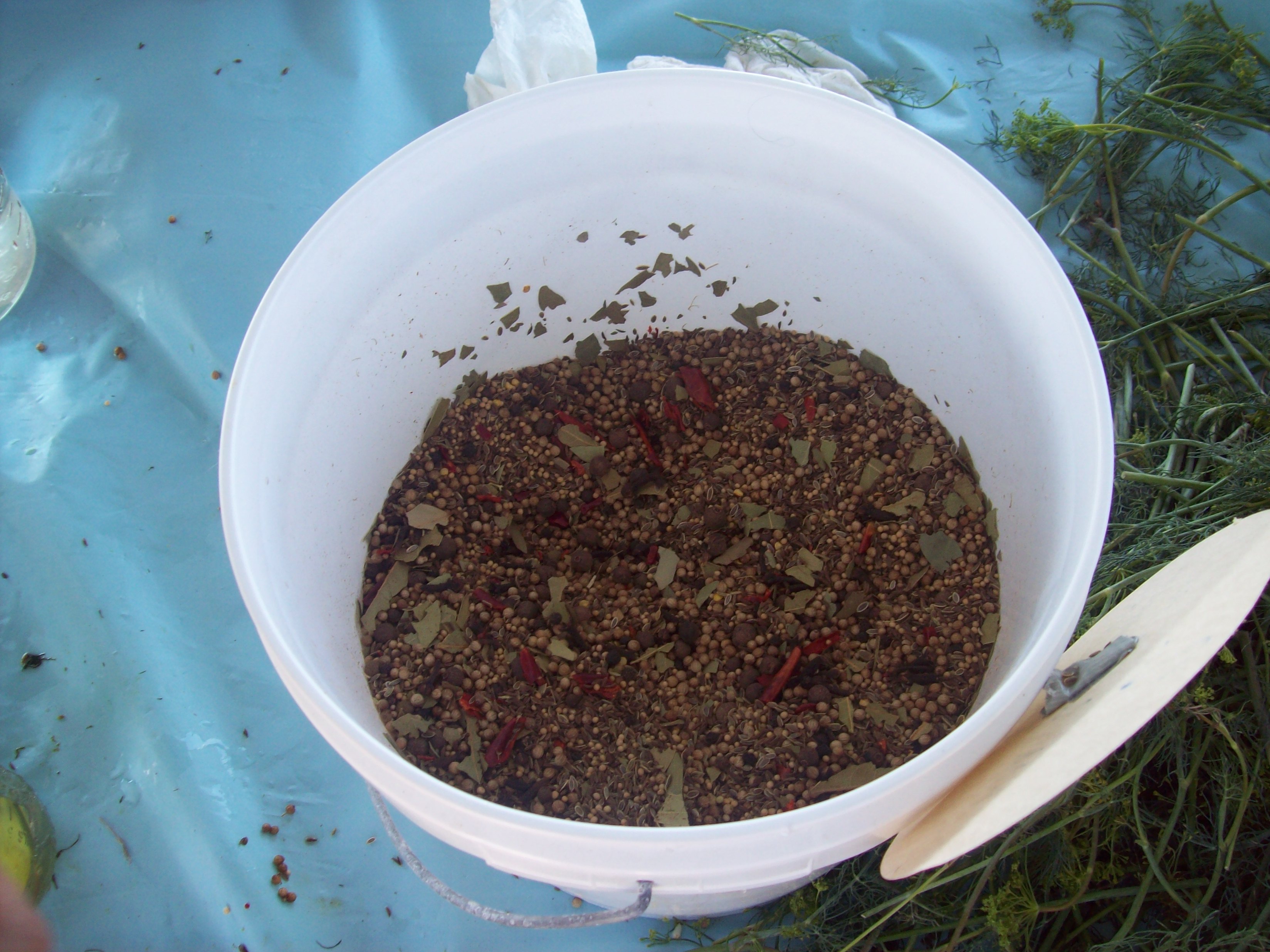 Then I added the dill and spices that are seen above.

Finally, I filled the jar with brine and sealed the lid on it. 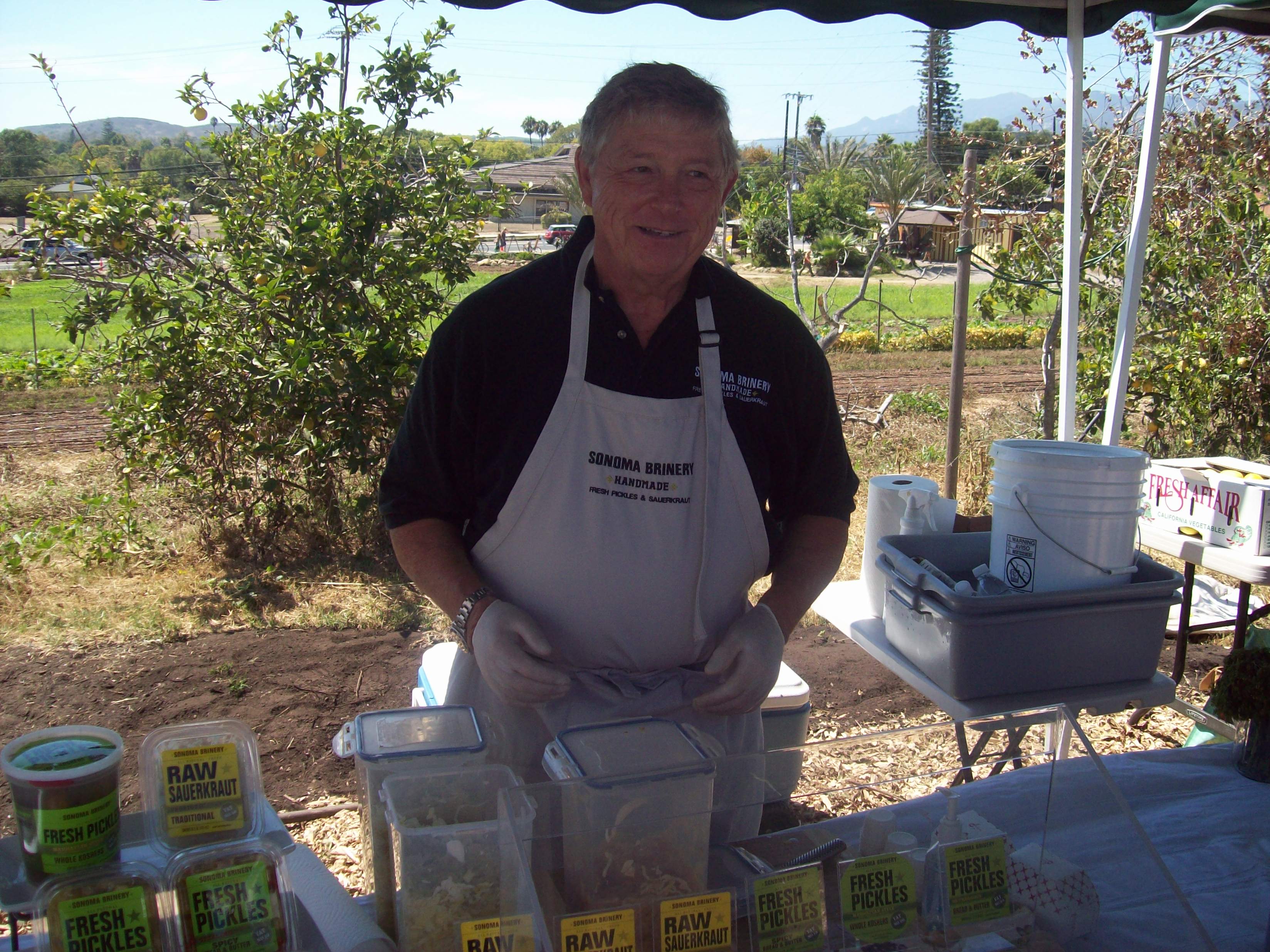 After taking part in the DIY pickling station, I had the opportunity to meet Sonoma Brinery founder David Ehreth and tell him how much I loved his products.  I also got some sample of his pickles and sauerkraut. 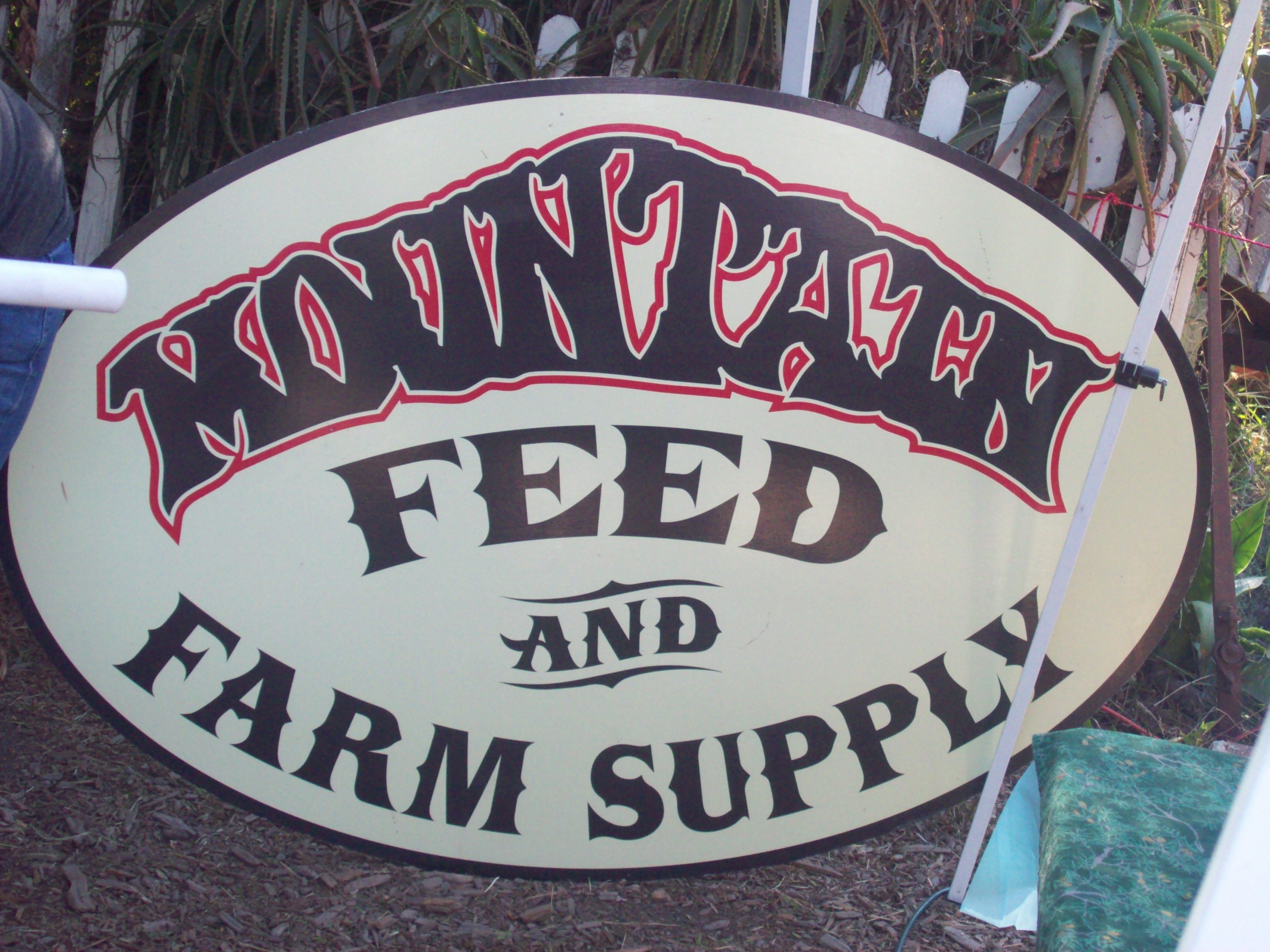 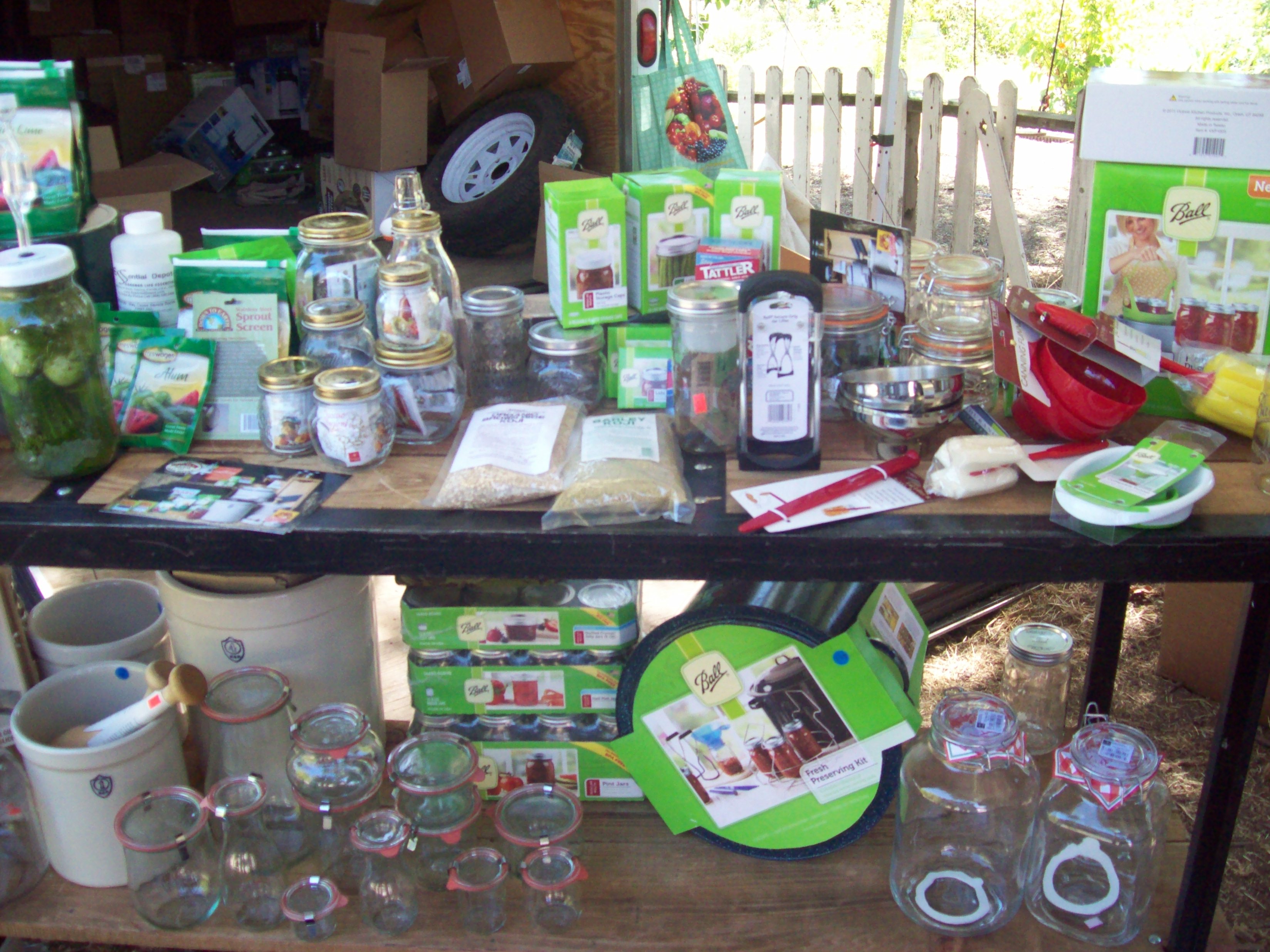 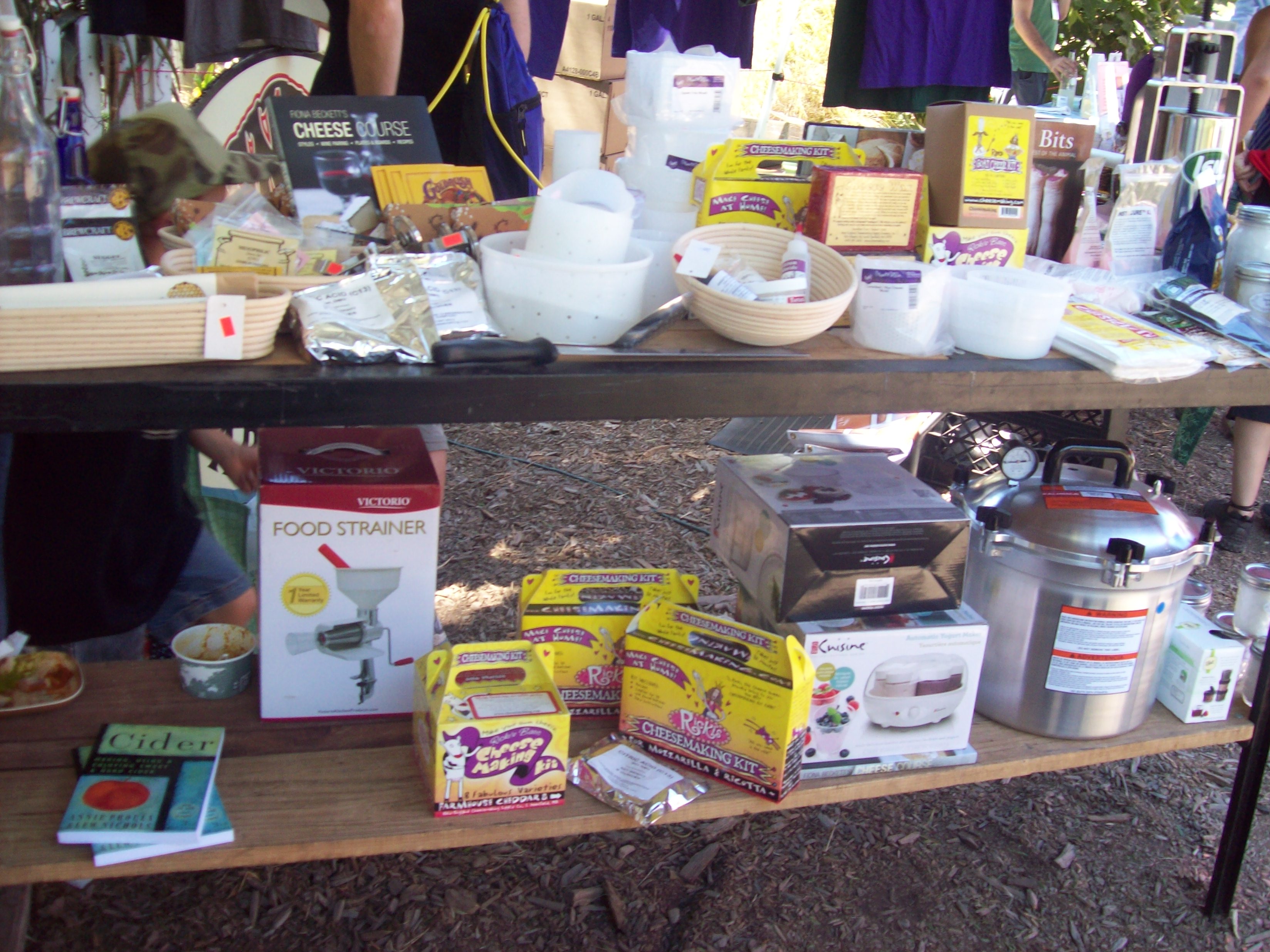 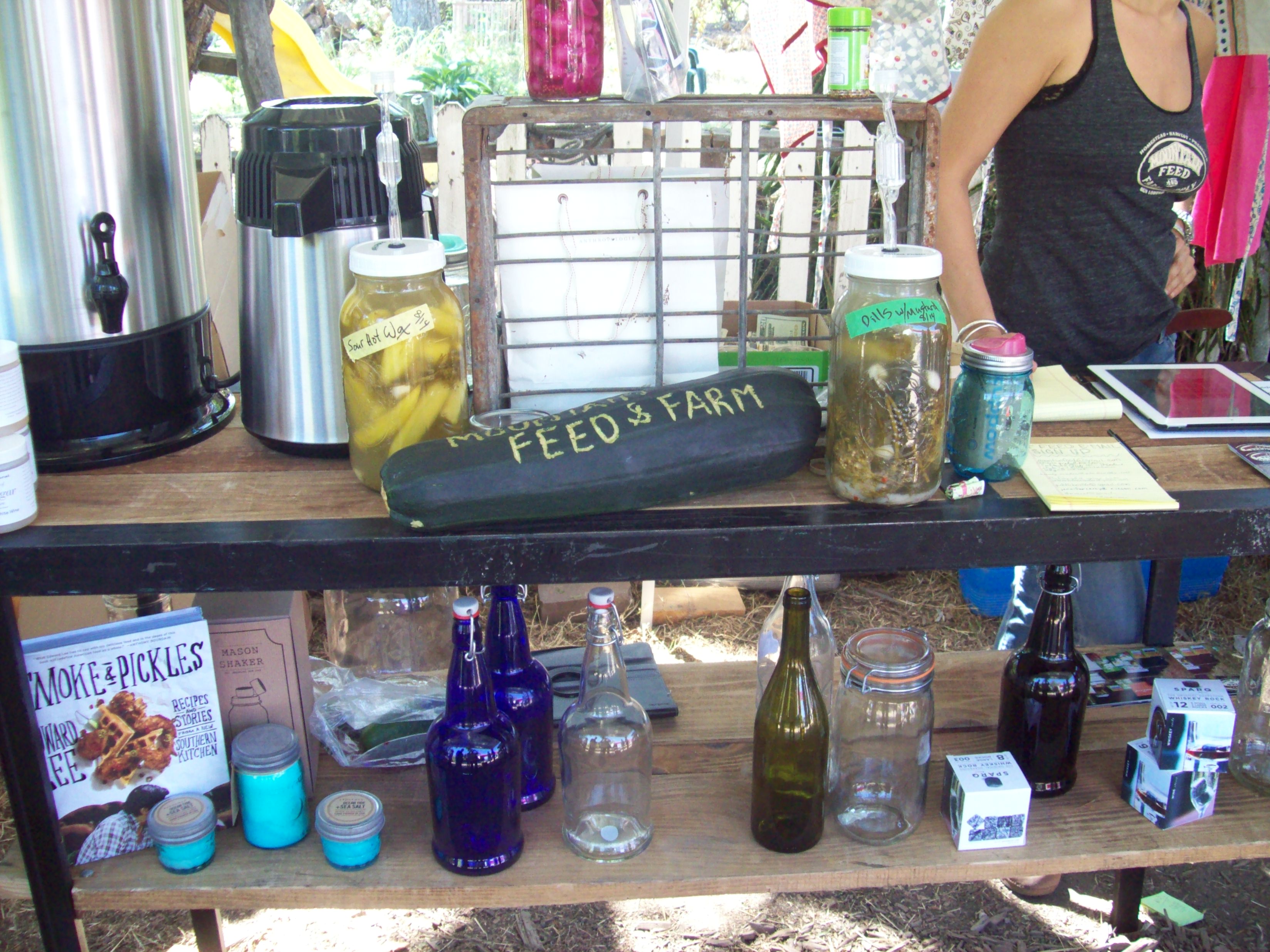 As the Santa Barbara Fermentation Festival is all about teaching and inspiring people to start fermenting their own foods at home, the Santa Cruz store Mountain Feed and Farm Supply had a large booth for people to buy jars, fermentation kits, supplies, and books to learn more. 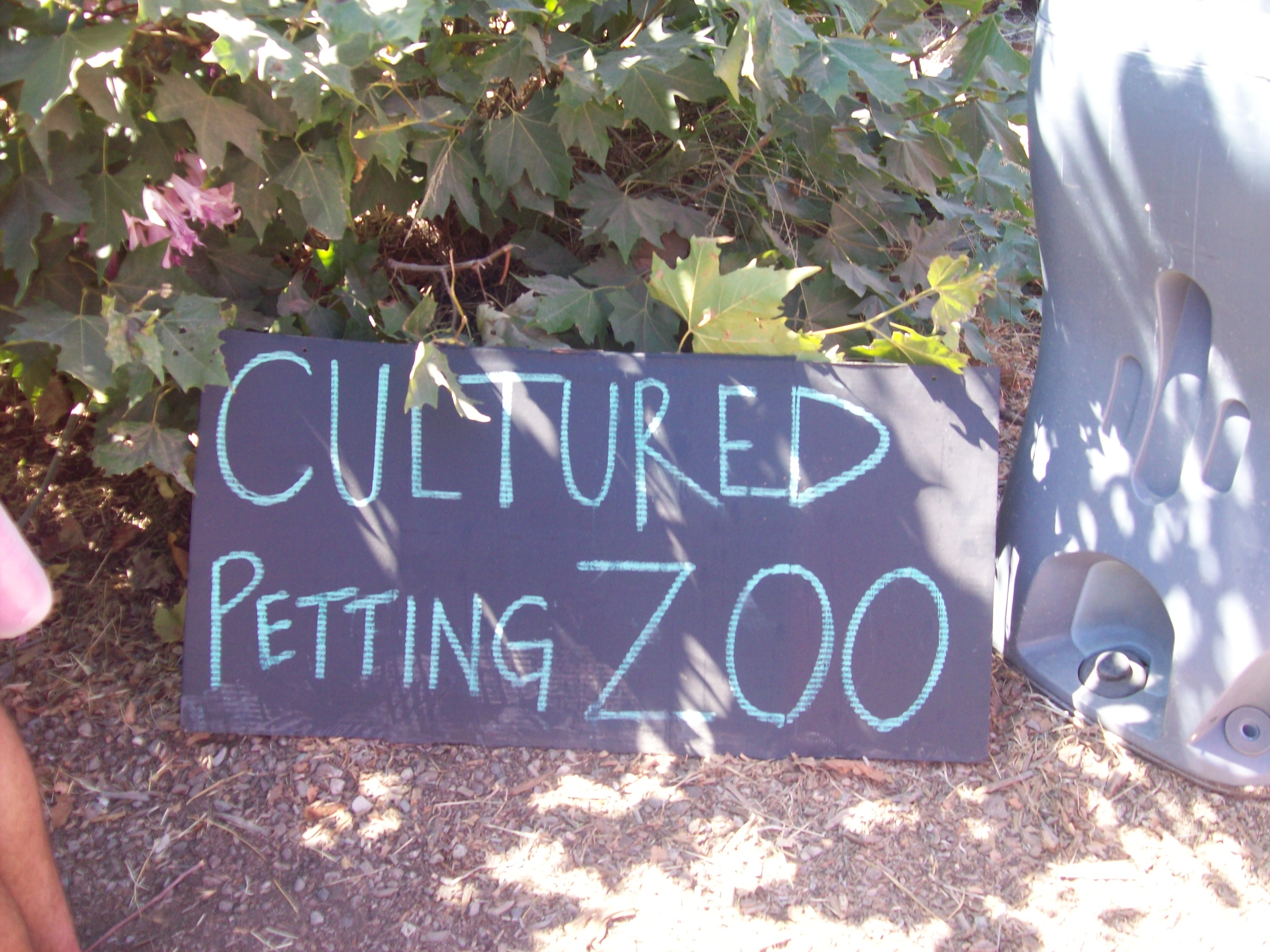 One other thing that made the Santa Barbara Fermentation Festival stand out from other real and natural food events was the cultured petting zoo. 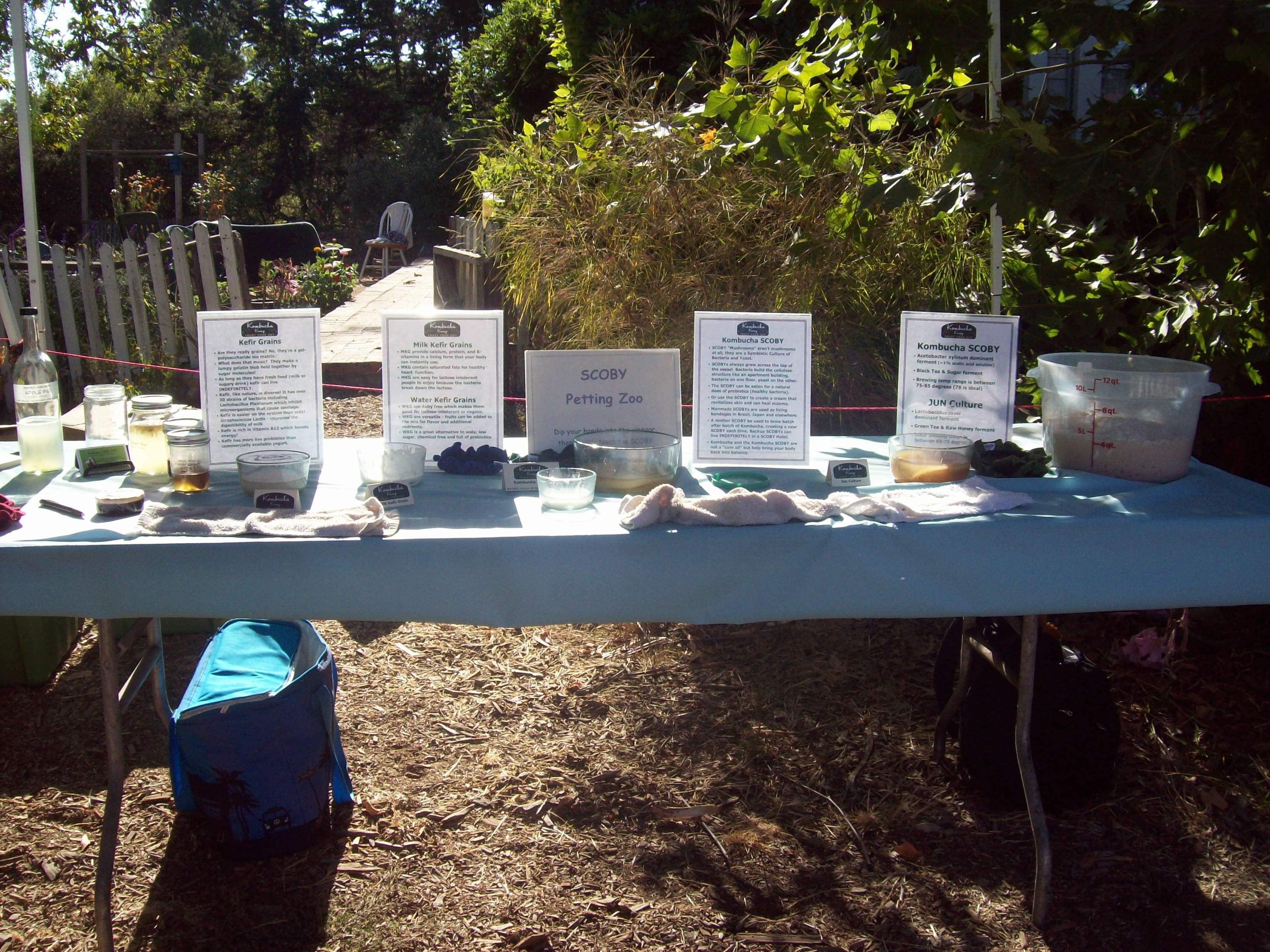 The cultured petting zoo was part of Hannah Crum’s booth for Kombucha Kamp.  At other festivals, she’s had a SCOBY petting zoo, but for this, it was extended to other cultures, including sourdough starter and kefir grains.  People could walk up and be able to touch all of the cultures to learn what they feel like as well as read about their health benefits. 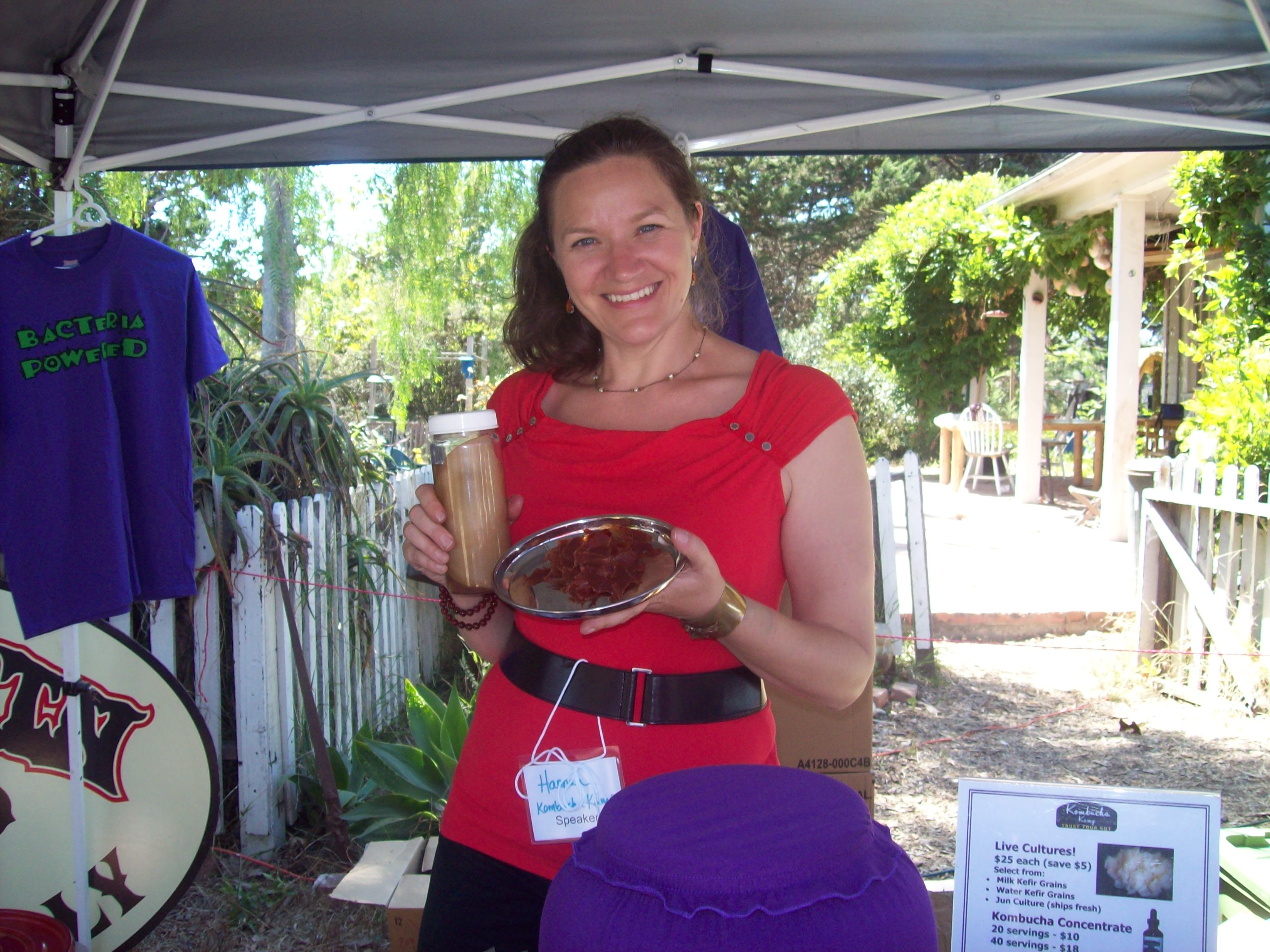 And here is Hanna herself holding up a jar with a SCOBY in it and some SCOBY candy. 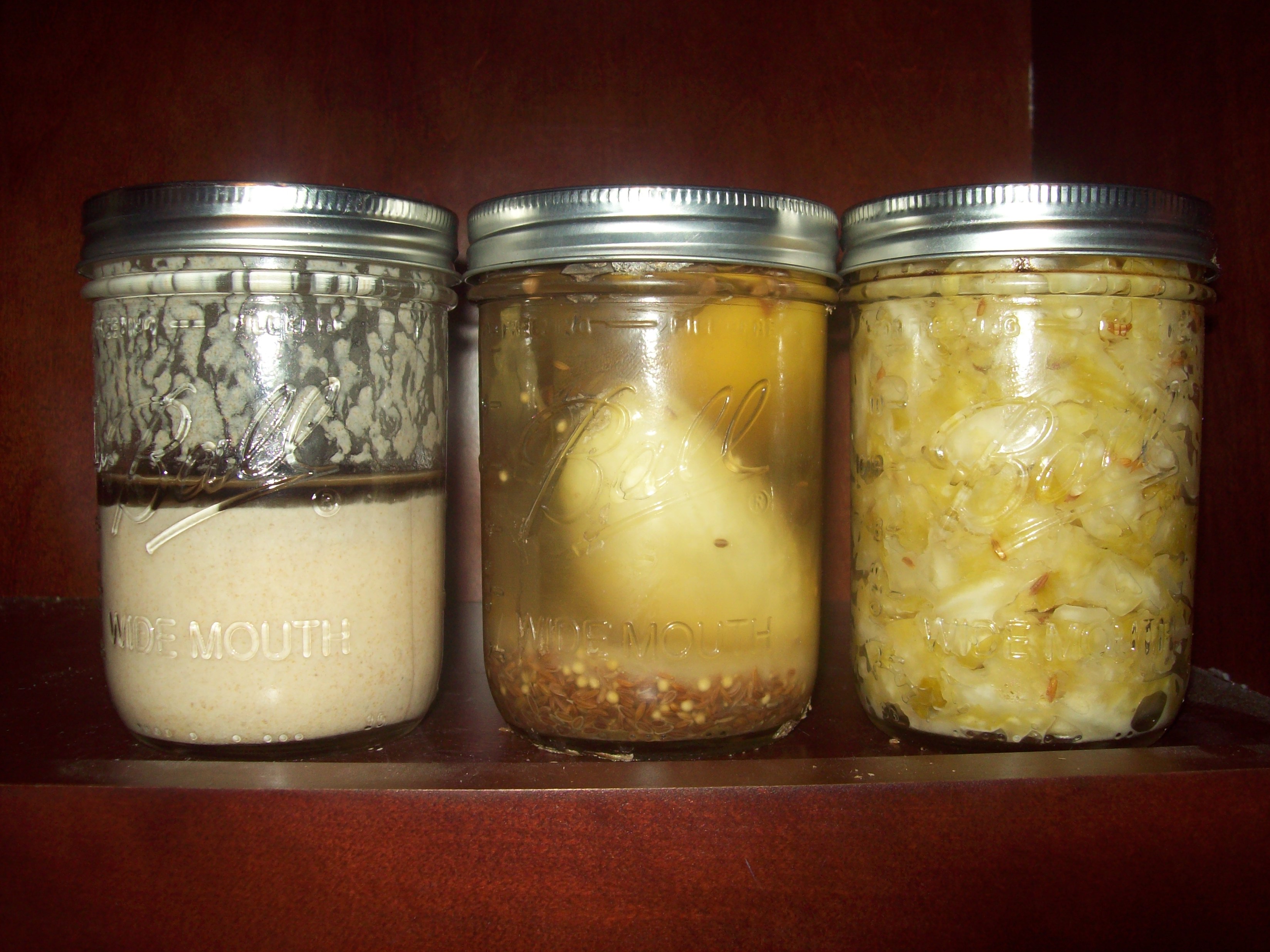 And here are all of the ferments and cultures that I made at the festival on my kitchen shelf at home.