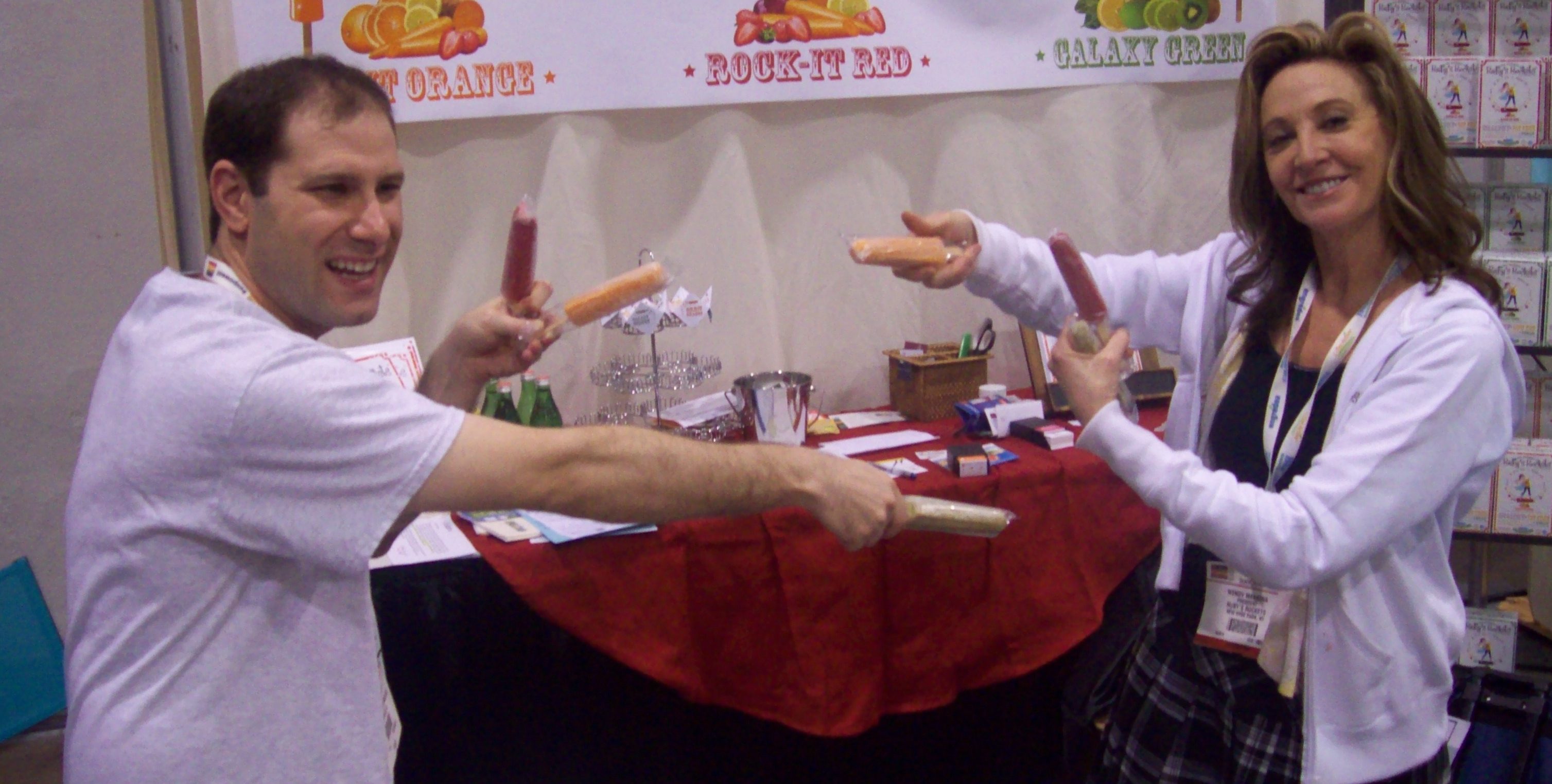 Summer has officially begun. As this may be one of the hottest summers yet, we’re all looking for a way to stay cool. And who doesn’t enjoy a cold summer treat? A favorite of mine for those hot days has always been popsicles.

As a child, I remember coming inside the house after basking in the warm sun and reaching into that box in the freezer for a cold popsicle. I still love a good pop as a way to cool off, but I don’t go for any of the brands I had as a child. The popsicles may have tasted sweet, but learning what was in them makes the memories bittersweet. The ones I had as a child were all filled with some of the worst ingredients you can find in food, including high fructose corn syrup, MSG, artificial dyes and flavors. Many of them lacked any real ingredients.

Fortunately, things are beginning to change. Since starting my blog almost a decade ago, I’ve seen a steady a growth in popsicles made with real fruit. I seem to discover a new real popsicle brand pop up (no pun intended) every year. In addition to using fruit in place of chemicals for flavor and color, a number of these natural popsicles also include some vegetables. Some of the companies make creamsicles using either grass fed or plant based dairy. A couple of these popsicles use no sugar or added natural sweeteners while others add a small amount of cane sugar.

In alphabetical order, here are 10 popsicles made with real fruit: 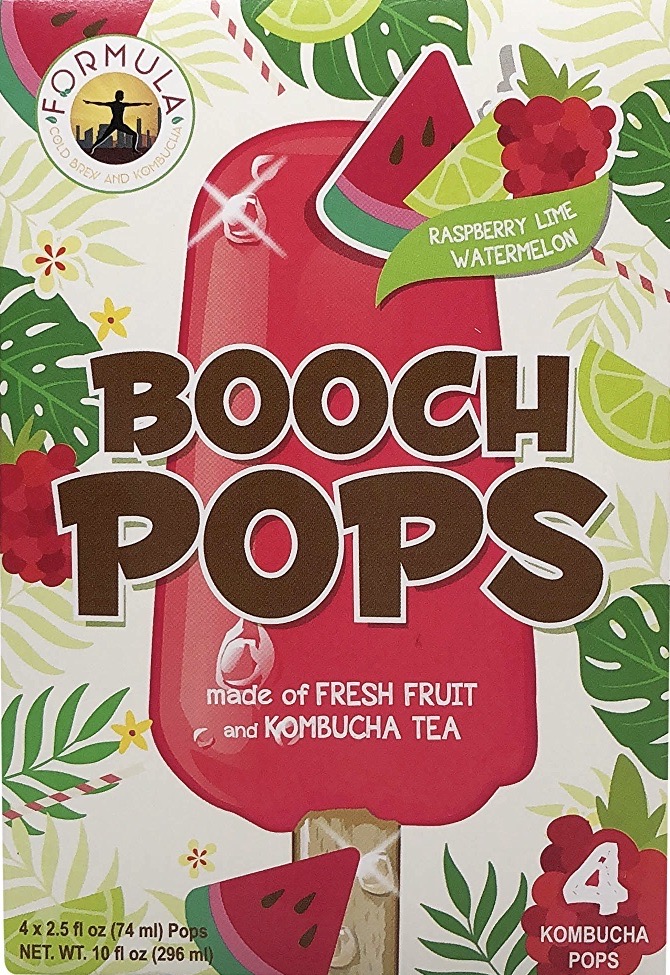 Nick Moezidis and Rebecca Storer turned to kombucha to help with health issues they were facing due to their long road trips. One night after returning from a long flight, Nick looked in both the fridge and freezer, but couldn’t anything he wanted. While the fridge and freezer doors were both open, Nick took another look. He first grabbed a bottle of kombucha from the fridge. Then his eyes shifted to the freezer and he looked at the box of all natural fruit bars. An idea came to him. The next day, Nick purchased and made his first Booch Pops from a bottle of strawberry ginger. This led to the current recipe where real fruit purees are added after the kombucha has finished brewing. Booch Pops still make the strawberry ginger popsicles along with the flavors of lemon turmeric pepper, pineapple lime, and raspberry lime watermelon. 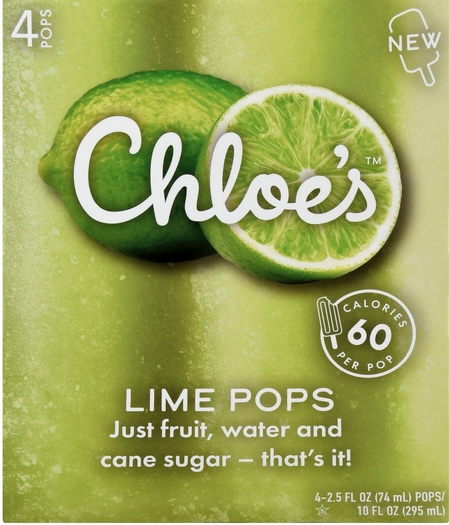 Chloe Epstein was assistant district attorney  who started to pay more attention to eating healthy food as she was pregnant with her first child. After leaving the law, she began experimenting to create a product with just fruit, water, and cane sugar. First, a shop was opened in New York followed by the product being sold in stores as well. Chloe’s has regular fruit popsicles, fruit popsicles dipped in chocolate, oat milk popsicles, popsicles with licensed Marvel Comics and Nickelodeon characters, and even pina colada popsicles powered by Zumba. 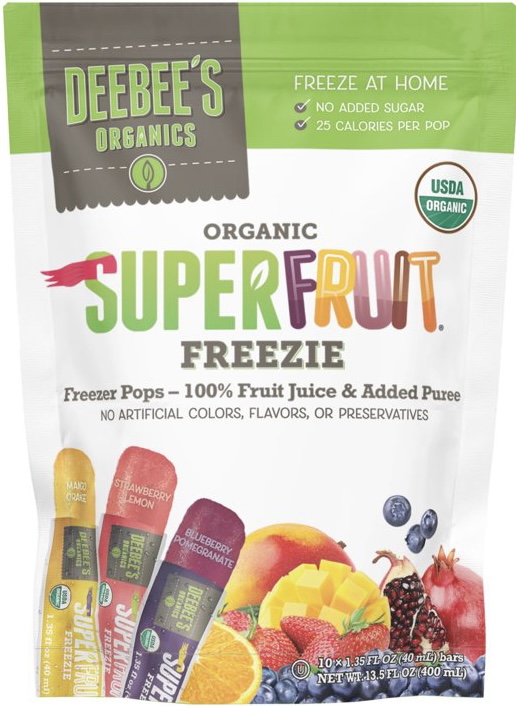 Dionne Baker has a PhD in medical research in the field of maternal-fetal toxicology. She wrote her doctorate on the effects of exposure to chemicals in terms of fetal development during pregnancy. Dr. Dionne strongly supported the health science behind organics and wanted start a company which would allow people to snack consciously while still being able to have fun. One afternoon at home in her kitchen, one kid was making tea while the the other was making popsicles. The two kids were fighting for help from their mom. Then the older child came up with the idea of joining forces and making teasicles. Soon TeaPop was created. Now known as DeeBee’s Organics, Dionne currently focuses exclusively on freezies in the variety pack options of tropical superfruit and classic superfruit. 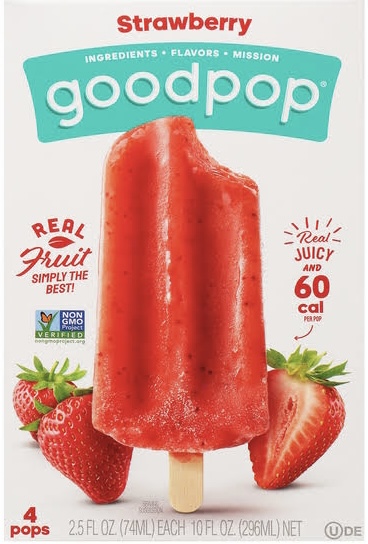 While GoodPop founder Daniel Goetz was college student in Texas, one hot summer day he was in need a cold treat. Unfortunately, all of the places were selling popsicles filled with artificial flavoring, coloring, and ingredients he couldn’t pronounce. So he decided he needed to make ones with natural ingredients himself. GoodPop has dabbled into all kinds of flavors. Along with various fruit combos, they have a couple of dairy free coconut cream pops. These include orange ‘n cream and a gluten free cookies ‘n cream flavor. GoodPop also has expanded into making freezies and push pops. GoodPop also partners with a number of nonprofits and organizations. 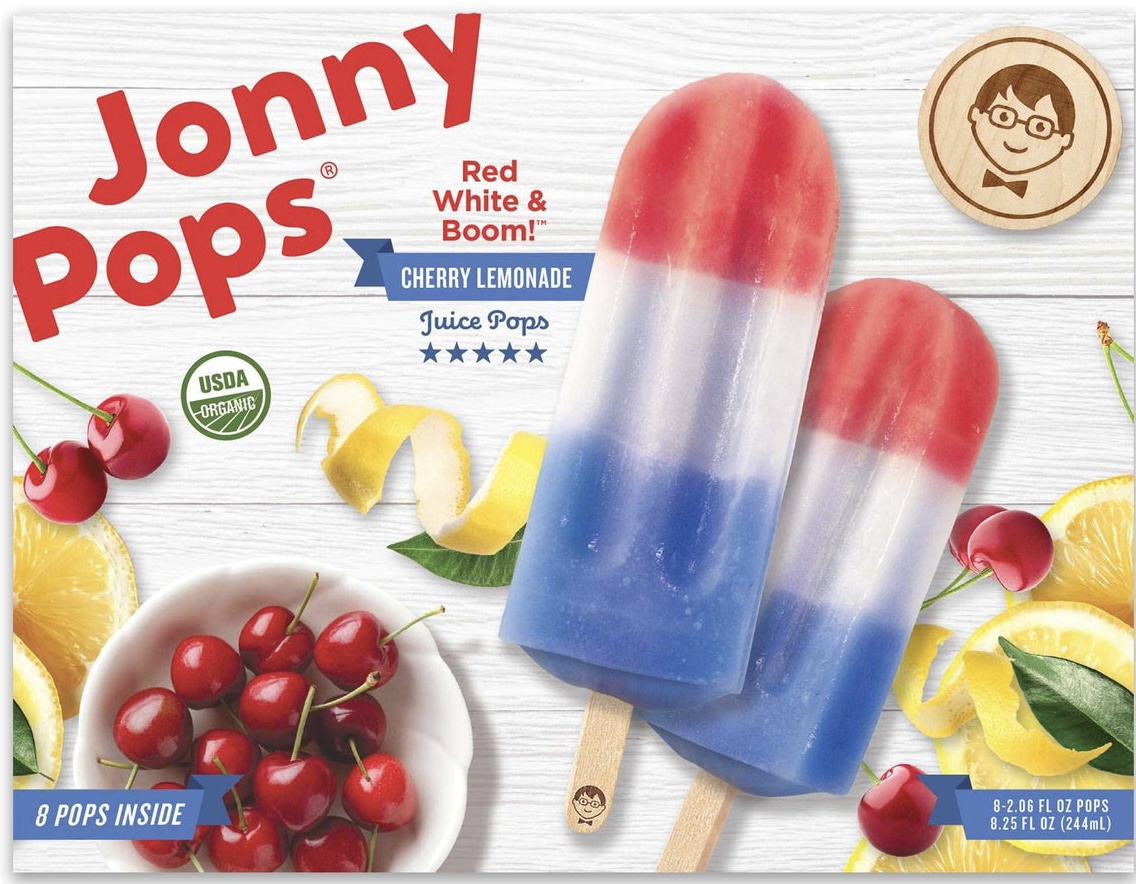 JonnyPops dates back to when its founders Erik Burst and Connor Way were college roommates and they perfected the recipe in their college dorm basement. The ingredients have always been real fruit, heavy cream, cane sugar, purified water, and a pinch of salt. The name JonnyPops is in memory of Erik’s cousin Jonny who began on the journey with him. As the founders believe in sharing kindness to make the world a better place, a good deed is printed on every popsicle stick. In addition to their fresh cream pops, they also have flavors dipped in chocolate, dairy free pops with oat milk, and organic fruit popsicles. JonnyPops also partners with local communities to create Smart Snack-approved pops where they take part in anti-bullying campaigns in schools nationally. 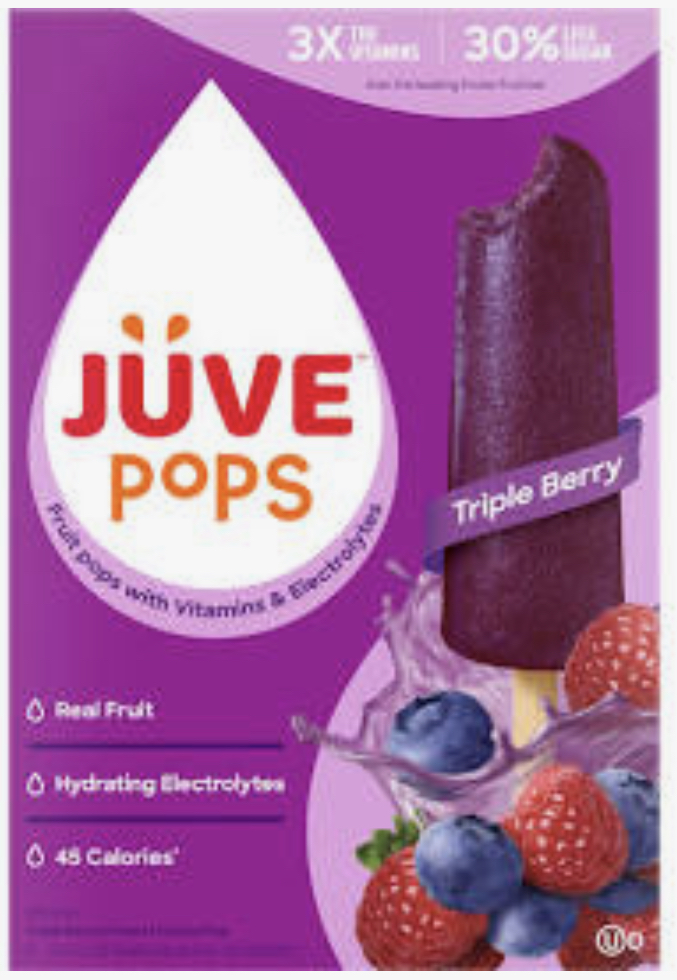 Amanda Klane and Drew Harrington’s first venture into real food was with Yasso where they make a various ice cream products from Greek yogurt. After looking at other items in the frozen treats aisle, they realized something was missing. Their answer was a popsicle with real fruit and less sugar blended with hydrating and energizing vitamins and electrolytes. Juve Pops produces both freezies and frozen popsicles from many different types of fruits. Along with their two frozen treat brands, Amanda and Drew launched the Game On! Foundation to provide communities with resources for physical wellness, nutrition, and whole person health.

The story of reHarvest Provisions begins with Kathryn Bernell as a grad student pressed for time as she was studying the food waste epidemic while also struggling to fit more fruits and vegetables into her diet. She tried making smoothies, but felt her kitchen became a war zone in doing so. Kathryn found a way to take smoothie shortcuts to reduce food waste. Her two are principles are rePurpose and reHarvest. rePurpose means working with food manufacturers offload produce which would otherwise be thrown away. reHarvest involves partnering with farmers who have surpluses and/or imperfect produce. The rePurposed and reHarvest food is turned into smoothie pops in the flavor combinations of very berry glow, tropical bliss recover, super greens, frosé all day chill, and raspberry lemonade refresh. 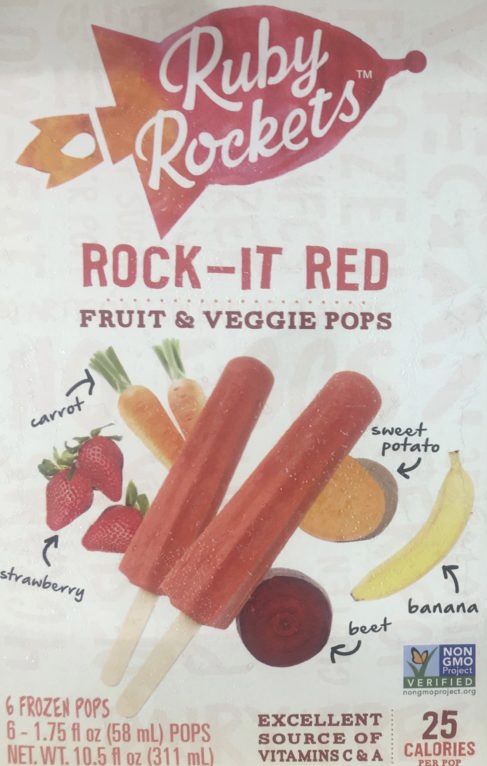 Ruby Rockets first originated with founder Wendy McKenna watching a doctor on a talk show make a green drink. Wendy thought it looked good, so she tried it herself. This paved way for her going on a mission to eat healthier. Her daughter then wanted to try the drink if her mom put apples and other things she liked in it. This gave Wendy the idea that she could actually sell a product with fruits and vegetables to kids. So Ruby Rockets was born.  Their popsicles don’t contain any added sweeteners. Additional products from Ruby Rockets use coconut milk in fruit and veggie bars to provide more dairy free choices to consumers. 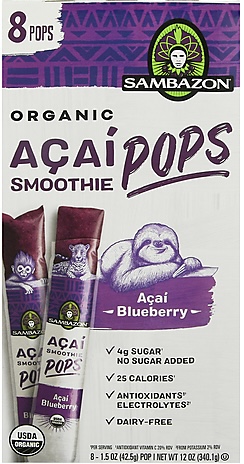 In 2001, SAMBAZON was founded as a triple bottom line business after tasting an açaí bowl in Brazil. Since then, SAMBAZON has made many great advancements with the sustainability of açaí berries. They they pioneered organic certification standards with the USDA for açaí. SAMBAZON created the Sustainable Açaí Project to establish long term goals for the industry. They also built the largest and most technically advanced açaí processing facility in the world, located in Macapá, Brazil. Then in 2008, they developed Fair Trade certification for açaí with Ecocert. SAMBAZON has a wide range of açaí berry offerings such as their açaí smoothie pops mixed with the flavors of blueberry and strawberry banana.