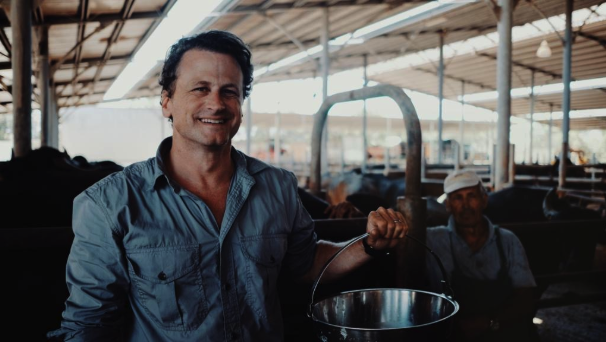 The Appropriate Omnivore welcomes actor, producer, and adventurer David Moscow to the program. David Moscow hosts the series From Scratch on the FYI Network. On each episode, he literally makes his food from scratch. David doesn’t just buy every ingredient to cook, but he travels all over the world to hunt, gather, dive, forage, and grow the ingredients and then cooks and prepares the meal. David discusses what inspired him to make the episode from what’s happening in the world to going to back to how his grandfather got his meals. Some of the most interesting discoveries David had were learning about apples being used as a sweetener and how salt was once used to preserve food. He tells Aaron how hunting his own food has changed him. David and Aaron discuss if his show can change the way we look at food and get more people to make things from scratch. They delve into how this can be done for those who like living in the city. And David gives a little preview of topics he’d like to cover if there are more seasons of From Scratch.