As we approach another Halloween, I’m reminded of how candy companies see a big boost in sales around the holiday. $2.08 billion to be exact. The major candy brands consist of ingredients sprayed with pesticides and chemicals plus are made with items such as sugar from genetically modified beets, high fructose corn syrup, dextrose, soybean oil, artificial flavors, food colorings, growth hormones, paraffin wax, and other GMOs and unnatural items. Are you scared? You shouldn’t be. We now have a good number of organic candies on the market.

Organic candies contain cane sugar instead of GMO sugar or high fructose corn syrup.  They also use natural ingredients for color and flavors, natural waxes, and more heat stable oils. Plus being certified organic means it has non-GMO ingredients which weren’t sprayed with any pesticides such as glyphosate. Additionally, the organic candy companies source their ingredients from farms where the workers are treated fairly and paid a fair price for their work.

For this list, I searched for organic candies which are available in mini size, snack packs, or individually wrapped. These smaller versions of the candies can be purchased in bulk for a decent price and handed out to all of the trick or treaters who knock at your door.

In alphabetical order, here are the stories of 9 great organic candies you can buy for Halloween: 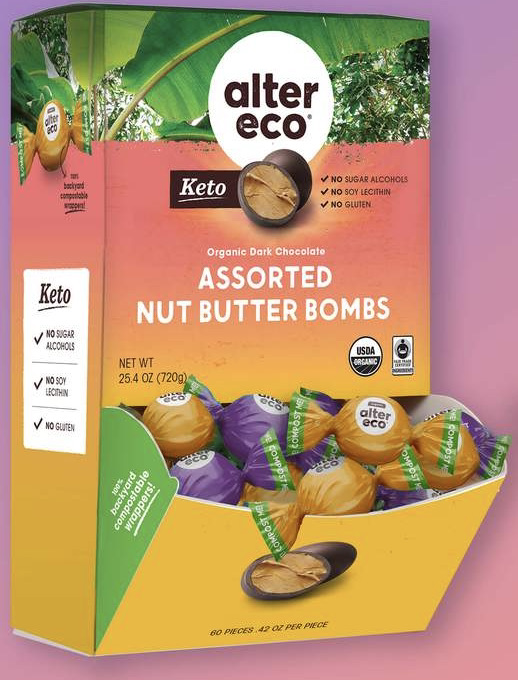 Alter Eco was founded in 2005 by fellow activists Mathieu Senard and Edouard Rollet with the goal of bringing the best tasting foods to consumers concerned with the environment and fair trade. In 2010, Alter Eco was able to offset all of their emissions as carbon neutral; partnering with Pur Project, which plants and protects trees in Central and South America. Next, they accomplished two first’s of any company with the commercially compostable wrapper on their chocolate truffles in 2013 and the commercially compostable pouch on their quinoa products in 2016. Most recently, in 2020, they formed the Alter Eco Foundation to further the cause of regenerative agriculture to fight climate change and inequality. For Halloween, they offer large boxes of their nut butter bombs and truffles. Alter Eco also makes grass fed milk bars and dark chocolate bars. 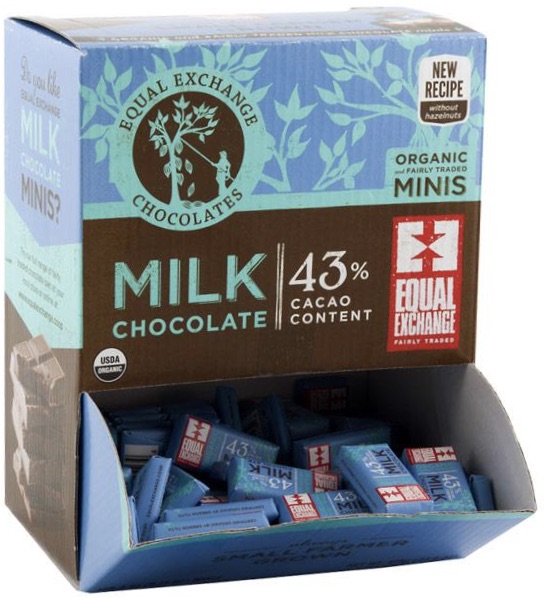 Three managers of a New England food co-op met once a week for three years to discuss how they could change the way food is grown, bought, and sold. They ended up creating the company Equal Exchange, allowing farmers and workers to have control while their business is able to provide high quality nourishing food. They originally began by selling coffee beans, but then added hot cocoa mix and finally chocolate bars. Their milk chocolate and dark chocolate minis are suitable for Halloween. 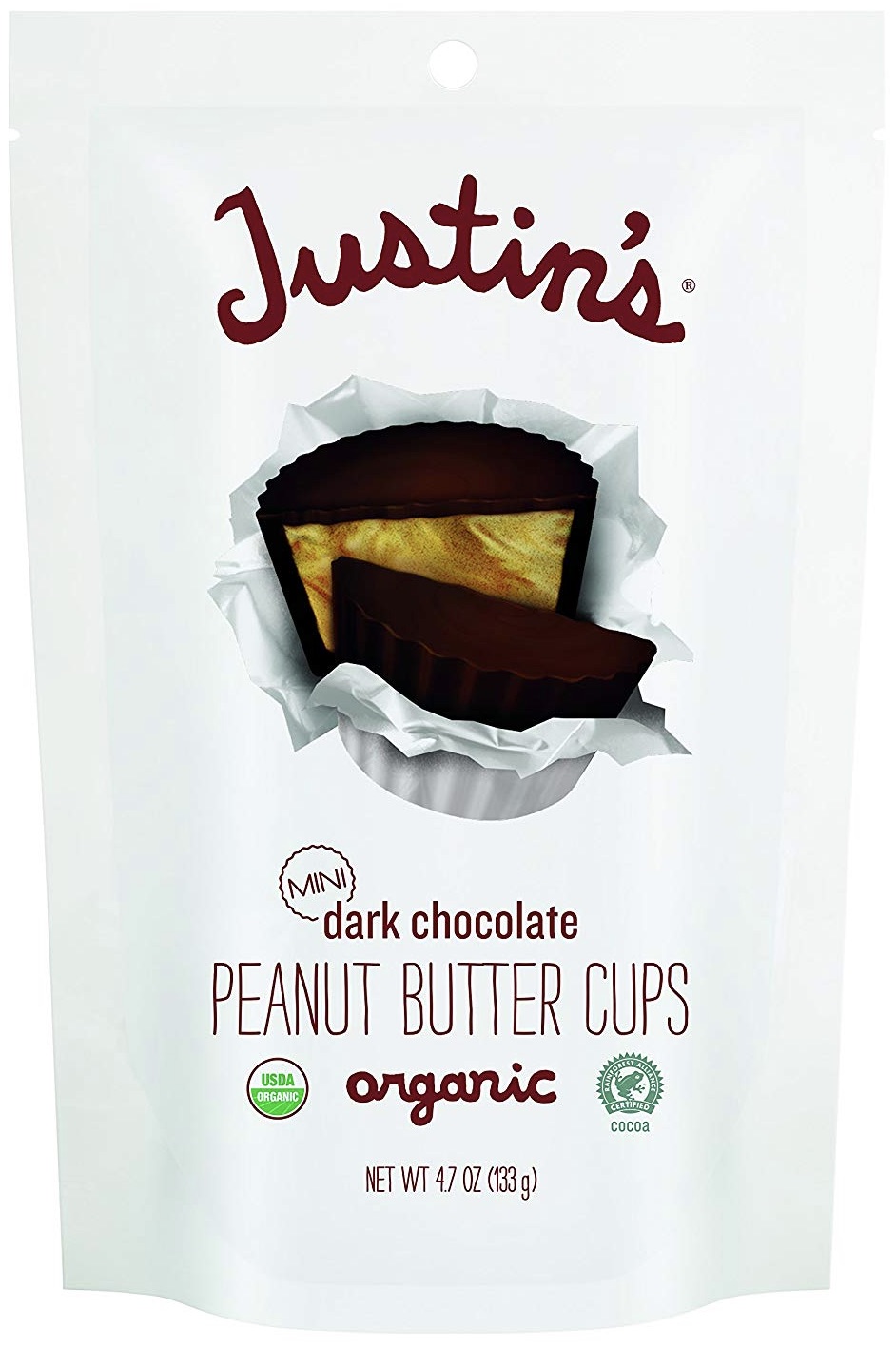 Justin began making his own varieties of nut butters as he knew he needed a better version than the conventional peanut butter. As he was first making the nut butter in his own kitchen, his roommates were often stealing his creations. So he wrote his name on the jar, leading to the current company name Justin’s. As his roommates clearly loved his product, they encouraged him to sell it at the Boulder Farmers Market. Justin then figured out how to turn this into a business. He later added organic peanut butter cups to his offerings. Mini versions of milk chocolate, dark chocolate, and white chocolate peanut butter cups are available. 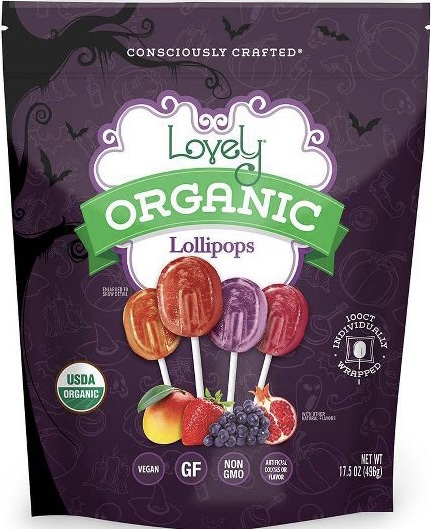 The Lovely Candy Co. started when Jackie asked her husband Mike to bring her home a candy free of artificial ingredients, GMOs, and gluten. Soon after, Lovely was born. They now have a large and diverse line of candies. Many of which come individually wrapped, making them accessible for Halloween. The organic products they produce are chewy candy, lollipops, and hard candy.

Natural food expert Denis Ring thought we’d soon see an organic candy bar hit the market. But he waited year after year without seeing this happen. So he eventually felt it was time to create one himself. Denis tried several different concepts and had his friend entrepreneur Scott Kucerik taste. As it only took one bite for Scott to be won over, Denis asked him to join OCHO Candy. Their Halloween variety pack has mini versions of their caramel, peanut butter, and coconut chocolate bars. 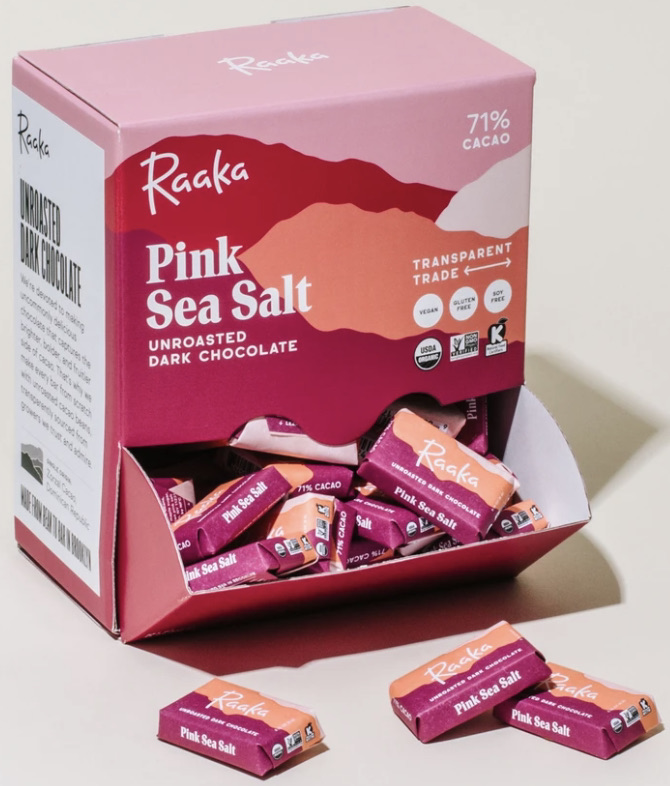 Raaka prides itself on transparent trade. They purchase cacao directly from cooperatives and grower organizations who value quality, sustainability, field support, market access, and premium prices for farmers. They always purchase cacao premium prices which are higher than the commodity market and fair trade prices,  in addition to making sure the prices will remain stable. Every transaction of Raaka makes can be found on their website. They offer boxes of 100 mini bars in the flavors of pink sea salt, coconut milk, oat milk sweetened with maple sugar, and 100% cacao. Raaka also has large candy bars in various flavors and some sweetened with coconut sugar or maple sugar plus ones without any type of sweetener at all. 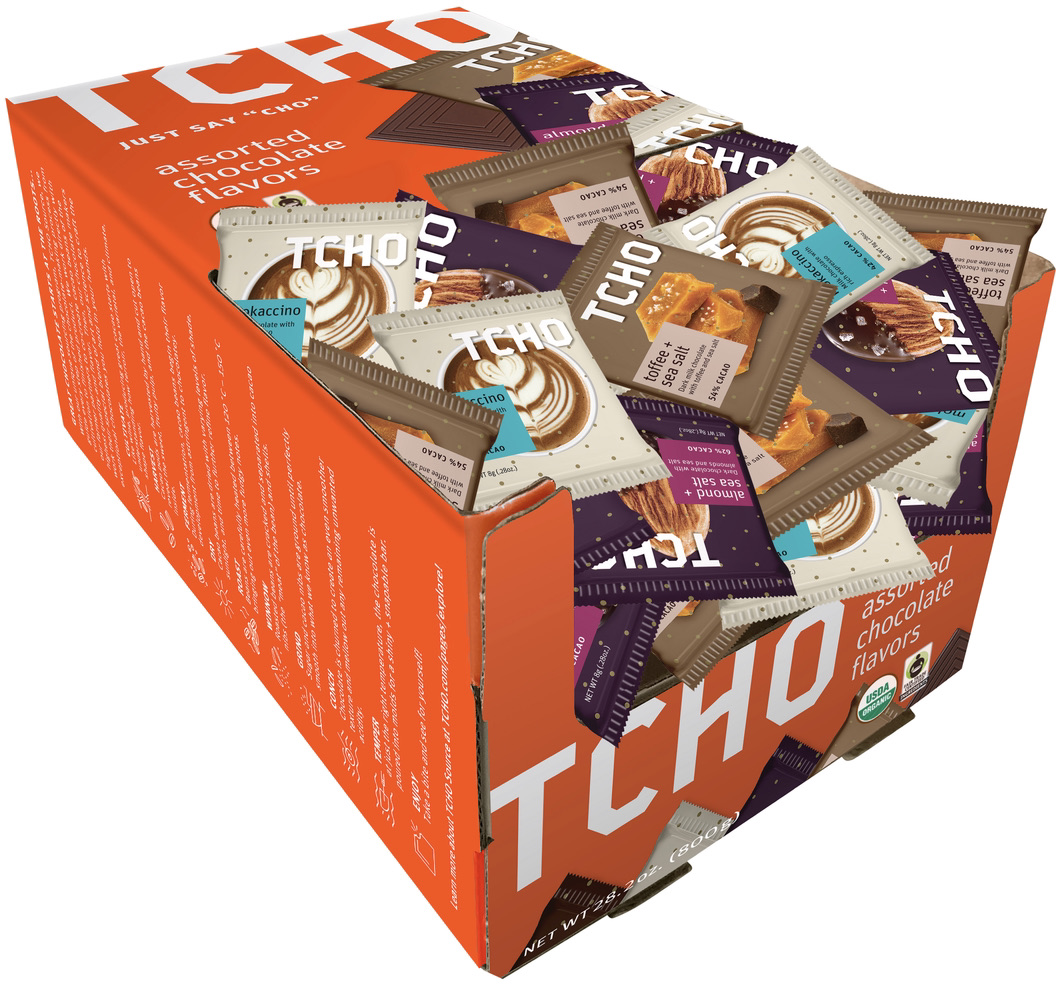 The name TCHO is the phonetic spelling of the first syllable of chocolate. The company originated with the mission to both produce the best chocolate and produce it in a way which makes the world a better place. All of their ingredients are sourced with methods to benefit the farms and taste delicious. TCHO looks for farms around the world which treat their growers fairly, source ethically, and reduce their carbon emissions. They created an in-house program called TCHOSource, which partners with cacao farmers, cooperatives, and research organizations in cacao producing countries in order to get the best cacao beans. TCHO sells boxes of 100 mini bars with the options of plain milk chocolate or a box consisting of their various chocolate flavors. 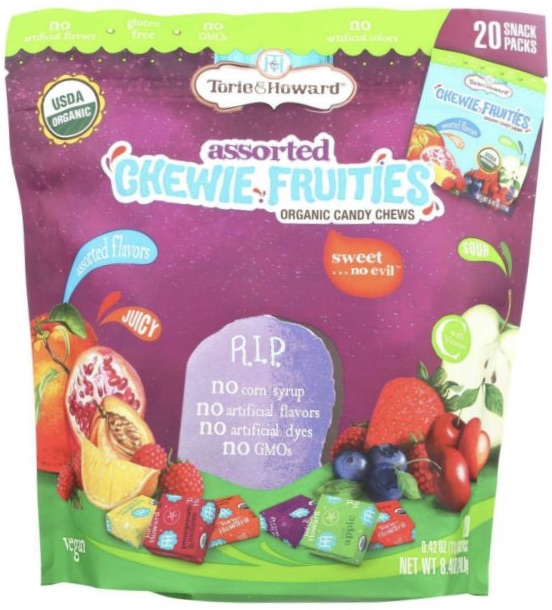 Torie & Howard is named after its founders Torie Burke and Howard Slatkin. The two were interior designers who checked out all types of cuisine and restaurant and visited farmers markets while they traveled around the world for their work. Along their journey, they both had to change their ways of eating. As Howard ate healthier to lose 100 pounds and Torie changed her diet due to food allergies, it became a lot harder to find snack food which would satisfy them. So they felt this was the time to start their own snack food company focusing on candy. Their multi-pack which consists of snack packs of assorted Chewie Fruities flavors is a candy which can be handed to the kids at your doorstep.

Two young men had been living organic lifestyles. After both becoming fathers, they felt it was time to start an organic candy business. Yum Earth began with lollipops and then expanded to hard candy, gummy bears, gummy worms, jelly beans, and licorice. Almost all of their candies are available in Halloween snack packs. Plus they have organic candy corn available this time of year.