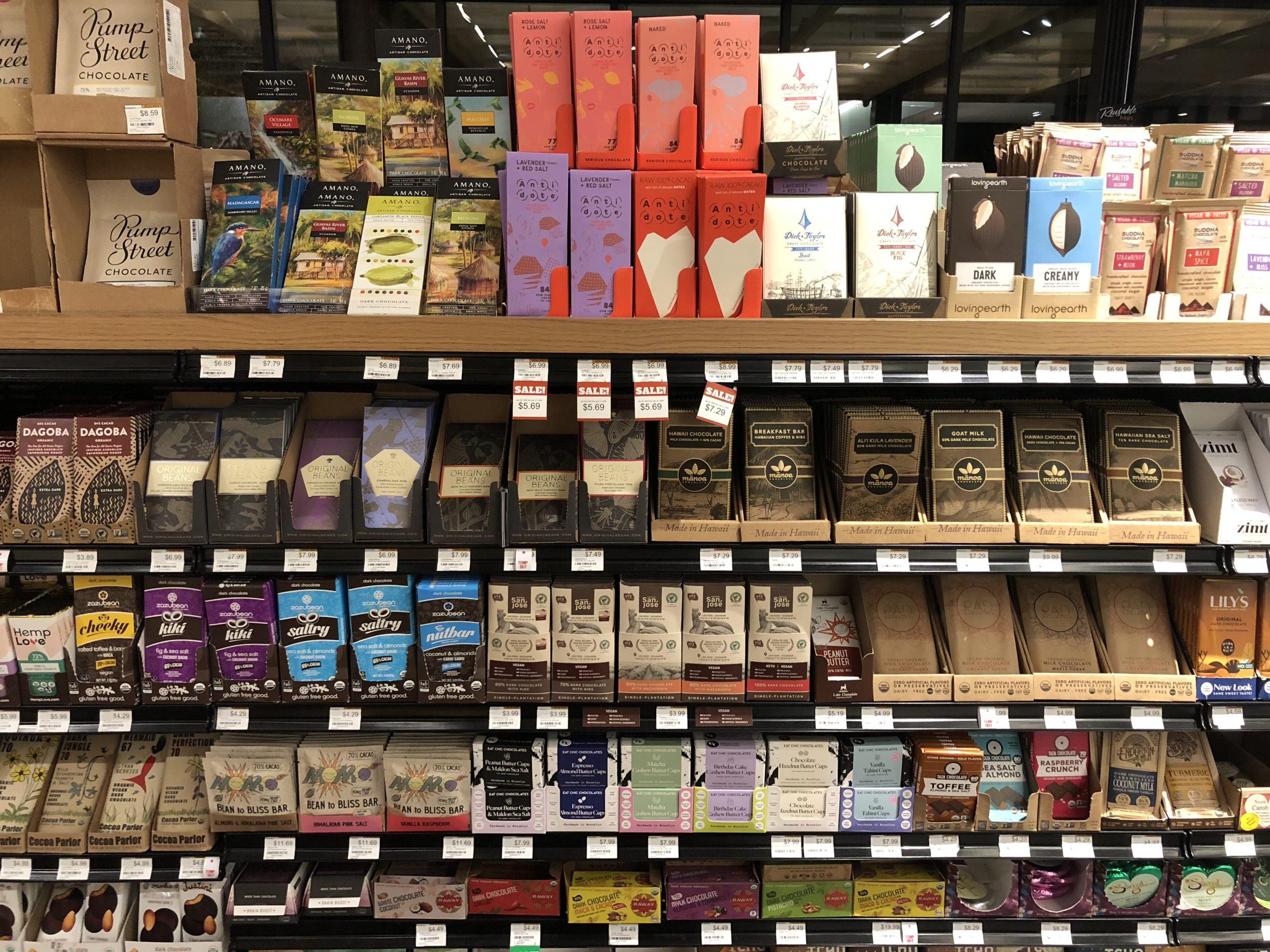 October 28 is National Chocolate Day. Chocolate has several health benefits. Chocolate comes from the fruit called cacao, which has twice as many antioxidants as any other fruit or vegetable. It contains flavonoids which can help lower blood pressure, increase brain function, help with depression, and reduce coughing. Plus the cacao butter in it is a saturated fat.

Another reason chocolate is regarded as unhealthy is because the mainstream chocolate tends to be loaded genetically modified sweeteners, such as high fructose corn syrup or beet sugar. In addition to being GMO, these sugars lack nutrients as they’re heavily processed.

While the majority of the chocolates sold use ingredients found too often in the standard American diet, we’re fortunately seeing a growing number of better chocolate bars on the market. These bars contain natural sweeteners such as coconut sugar, whole cane sugar, and honey. These sweeteners all have more nutrients as they’re less refined. They also all use dark chocolate of at least 70% cacao and some of them even higher. And lastly, they’re made with organic chocolate and other organic ingredients.

Antidote started with founder Red Thalhammer sending a text which said “Sorry, I’ve been poisonous today.” The response was “Don’t worry. I’ll make an antidote to that.” She woke up the next morning thinking chocolate is the antidote. Red began looking at every type of raw cacao, roasted cacao, sugar and natural sweetener option from all over the world. She ended up falling in love with the Arriba Nacional beans from Ecuador. Antidote now has 15 different types of bars, including a couple with raw cacao.

Before being in the chocolate business, Elements Truffles founder Alak Vasa was a Wall Street trader who began meditation as she felt something in her life was missing. Meditating made her more conscious of the food she was eating. She noticed she was reincorporating parts of the Ayurvedic lifestyle, a sister science to yoga, which was a big part of her life growing up. This led to her creating a line of chocolates handcrafted with cacao, honey, Ayurveda superfoods, and pure essential oils. Elements’ ingredients all come from Fair Trade manufacturers strongly aligned with their ethos. They currently have several collections of uniquely flavored chocolate bars, truffles, cacao nibs, and hot chocolate mixes.

When Brian Wallace snacked on whole cacao beans from a Theobroma tree, he realized the chocolate he’d been eating his entire life was over-processed and diluted with refined sugar and milk. This inspired Brian to create a new chocolate which would mix classical European technology, and the ways cultures in America had used cacao for thousands of years. After Brian himself took many years to come up with the perfect recipe, Endorfin Foods was born. Endorfin has several different lines of bars, including ones with dark chocolate, ones with coconut milk, and ones of single origin from the countries of Columbia, the Dominican Republic, and Ecuador. 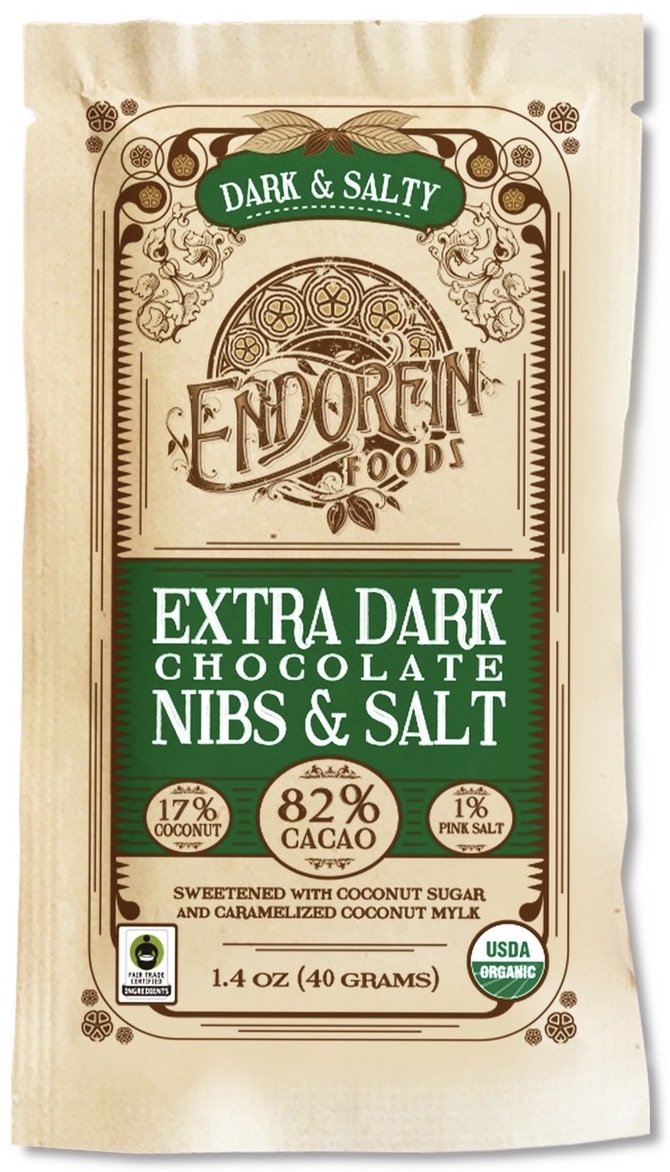 Rick Gusmano and Christine Cusano had both been able to reverse many of their lifelong health problems by switching to the paleo diet. After following the diet for a couple years, they one day attempted to concoct a paleo friendly dessert. The result was their first batch of truffles. Realizing there’s nothing else like this on the market, they decided to create Evolved. They now have a large lineup of dark chocolates, including 12 types of dark chocolate bars, nut butter cups, keto cups, and chocolate chips.

Fine & Raw originates out of a loft in the Williamsburg neighborhood of Brooklyn. Artist Daniel Sklaar tried his hand at making chocolate and sharing it with his friends. He then began delivering the chocolates on his bike to local shops. Sustainability has always been important to Daniel. He has a direct relationship with farmers co-ops in Ghana and Ecuador. He supports farmers committed to fair labor and making positive contributions to their communities. Plus the farmers are involved in organic and sustainable land management practices. Fine & Raw’s items consist of chocolate bars and truffles of various flavors. 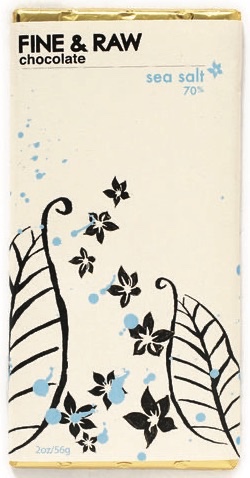 While working as game developer at Rovio, the company best known for Angry Birds, Goodio founder Jukka Peltola was looking at ways to eat healthier. As he tried to find alternatives to sugary and salty snacks, he added raw cacao to his diet and removed dairy. By consuming it raw, the cacao remained all of its nutrients. This resulted in him feeling livelier, lighter, and more energetic. After telling his friends, family, and colleagues about his new diet and lifestyle, they wanted to build a company which value purpose over profit. The cacao is sourced from farms in South America and Africa. It’s then stone ground in Helsinki, where Goodio is based. They have regular chocolate bars and bars with oats known as ChocOat bars. 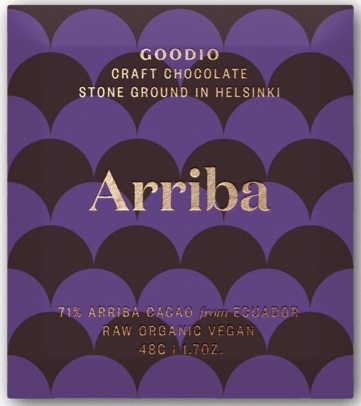 The story of Hu Kitchen begins with the three founders, Jordan Brown, Jason Karp, and Jessica Karp, all wanting to improve their health. Jordan did extensive reading on health and wellness. Jason had successfully overcome autoimmune disease himself. Jordan left the corporate world to devote himself full time to nutrition and food. The three researched the gut-brain connection, what causes inflammation, and the effects of foods and additives have on our health, immunity, and performance. They concluded processed ingredients needed to be replaced with basic and healthier alternatives. And the food brand of Hu Kitchen was born. They now offer different flavored chocolate bars, chocolate covered fruits and nuts, and chocolate gems.

Lulu’s Chocolate is named after its founder, who thought giving up sugar included giving up chocolate. Then Lulu discovered a cacao tree in Hawaii. She wanted to share her joy of organic dark chocolate with world to let them know about the whole food it truly is. Lulu’s began as a cottage business and then expanded to the national brand it is now. They have chocolate bars with different flavors plus maca butter cups and truffles. 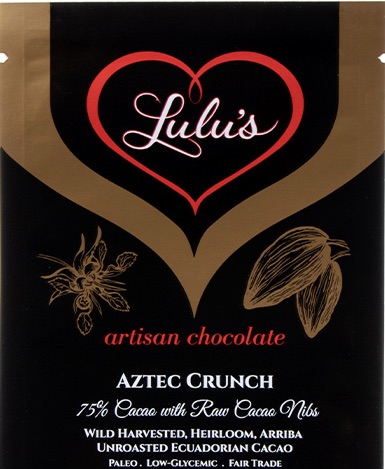