As I stated in a previous article, September is National Honey Month. Honey has many advantages from being a great sugar substitute to obtaining beneficial enzymes when it’s raw and unfiltered.

There are some extra advantages to buying local honey. Like buying any local product, you’re supporting your local economy and reducing your carbon footprint by eating food which traveled 100 miles or less. Many local honeys can also be bought directly from the farmer on the farm or at a farmers market. This gives us the chance to see the beekeepers’ practices and form relationships with the people who produce our food. It’s also believed that consuming local honey can help with pollen and other seasonal allergies.

Los Angeles has many options for great local honey in both farmers markets and even supermarkets. All of the products on this list are raw and unfiltered.

In alphabetical order, here are the 7 best local honeys in Los Angeles: 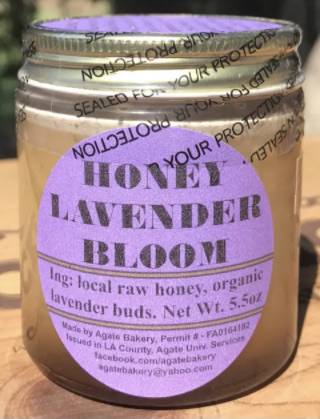 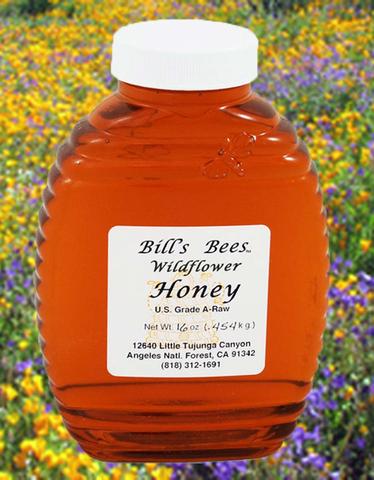 The beginnings of  Bill’s Bees go back over 40 years ago when Bill Lewis was completing his Boy Scouts merit badge in beekeeping. After becoming an Eagle Scout, getting a masters in mechanical engineering, and working in the aerospace industry, Bill and his wife moved to a 700 acre equestrian ranch in Little Tujunga Canyon. Bill was there to work as maintenance manager. As he noticed the honeybees were swarmed all over the ranch, he pulled out his old beekeeping equipment and got the bee colonies under control. In 1994, Bill’s Bees was established. In 2003, Bill consolidated his hives with Clyde Steese, who began a bee farm in his backyard in 1995 and eventually had about 25 hives. In 2006, Bill became a full time beekeeper. In 2012, Clyde retired from the City of Burbank and Bill’s Bees became fully incorporated. 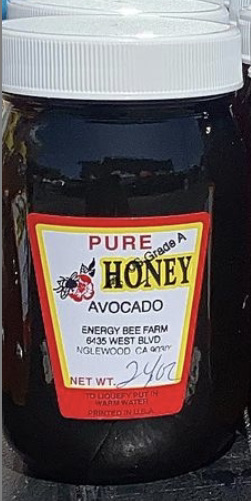 Gilbert Erb founded Energy Bee Farm in 1968. Energy Bee is currently run by his son Bill and family, making it three generations of raising bees. Their wildflower fields and orchards run throughout Central and Southern California while their facility in Inglewood is where all of the extraction and packaging is done. They have between 3,000 – 6,000 active beehives in areas such as Porterville, Lindsay, Ivanhoe, Visalia, and the Santa Monica Mountains. Having numerous locations amounts to diverse varieties specific to the place of origin. 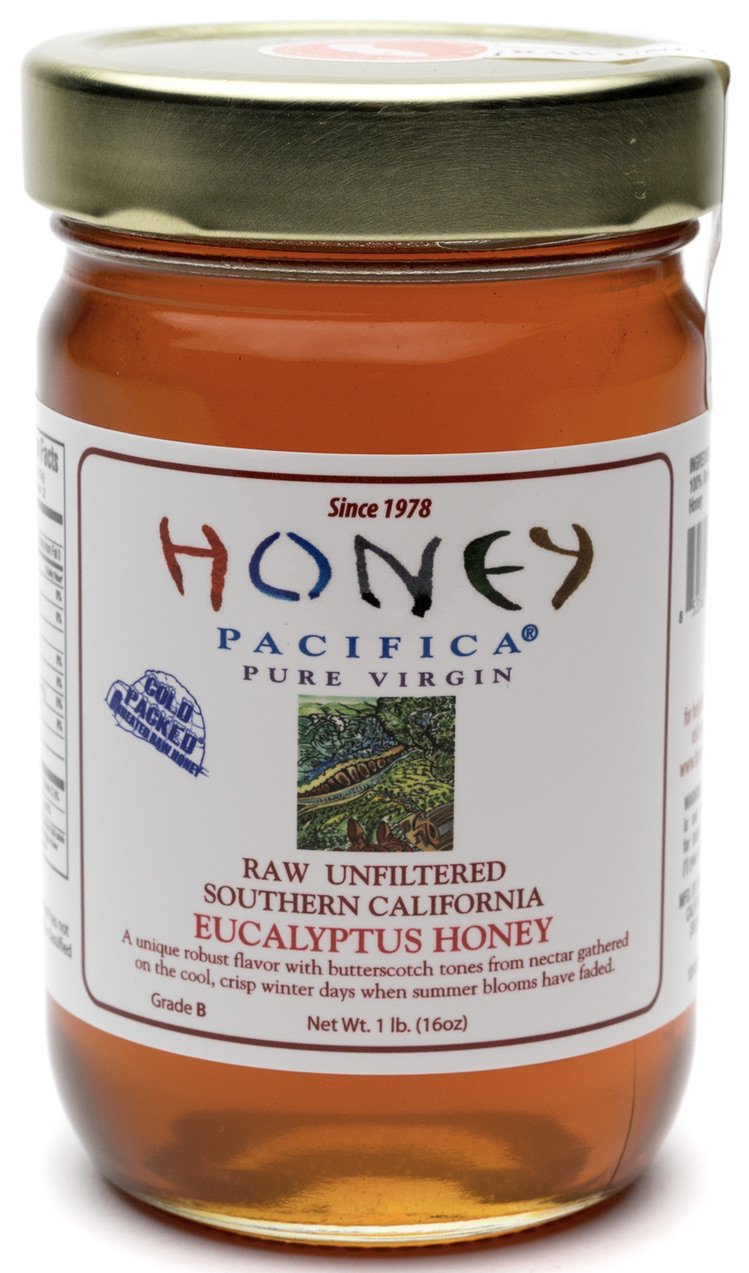 Nick V. Poto is considered the founder of Honey Pacifica, but he credits his entire family with how it all developed. The story dates back to when his brother Frank decided to do his high school science project on cultivating beehives. Their father Nick soon developed an interest in honey and would move the hives around after coming home from his swing shift at work. He’d be helping with the bees until the early morning hours. After having some success with their signature honey, their mother began handling the business side of it. The Poto’s eventually needed to move their hives away from their neighbors and founded a meat packing plant with a section they could use. Nick V.’s wife came aboard about 10 years ago. She was able to bring the knowledge she gained growing up on a small farm on an island off of South Korea plus running several vitamin shops which sold honey. Frank’s wife also now helps with the company as she deals with the paperwork and the bureaucratic side. Nick V. even acknowledges his sister. While she was never directly involved with the company, she’s given plenty of greatly needed moral support over the years. Honey Pacifica truly is a family run honey business. 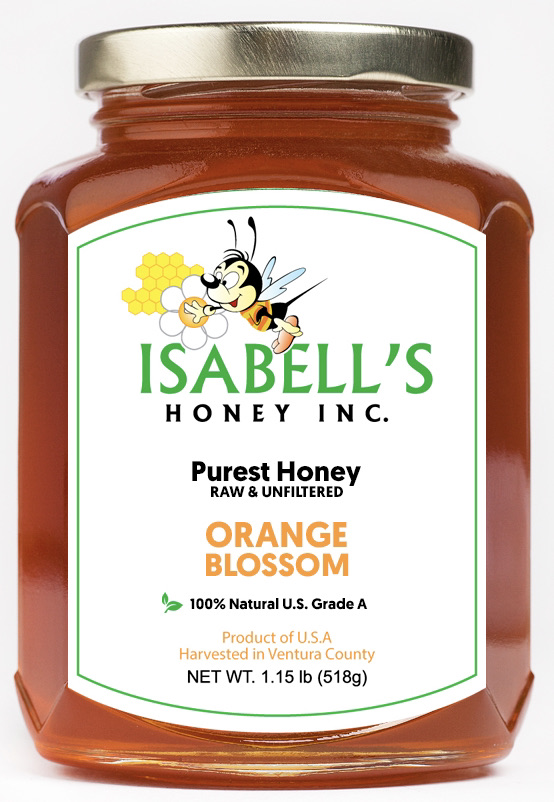 Isabell’s Honey uses two different farms to produce its local honey. As different people have different tastes, they offer the three distinct flavors of buckwheat, orange, and sage with plans to offer more flavors in the future. In addition to selling honey, their others products are bee pollen, honey stix, royal jelly, and honeycombs. 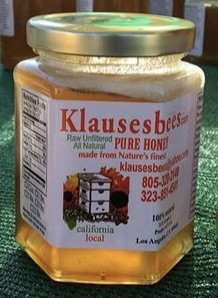 The honey for Klausesbees LLC is ripened, meaning they don’t remove the honey until the bee herself has sealed the cell of the honeycomb where the honey is placed. The bee is the only one who knows when the moisture content is right, so she waits until the capping has reached a minimum of 75% closure to remove the honey. When the honey gets extracted, Klausesbees makes sure it doesn’t get any hotter that 110° F as the honey would lose some of its essential nutrients if it gets any hotter. As this stage, the wax cap seal is able to be cut off and the comb can be softened enough to allow the honey to be extracted by a centrifuge. As Klausesbees only has to skim the top of the honey to remove debris, they’re able to keep everything which is beneficial in it. 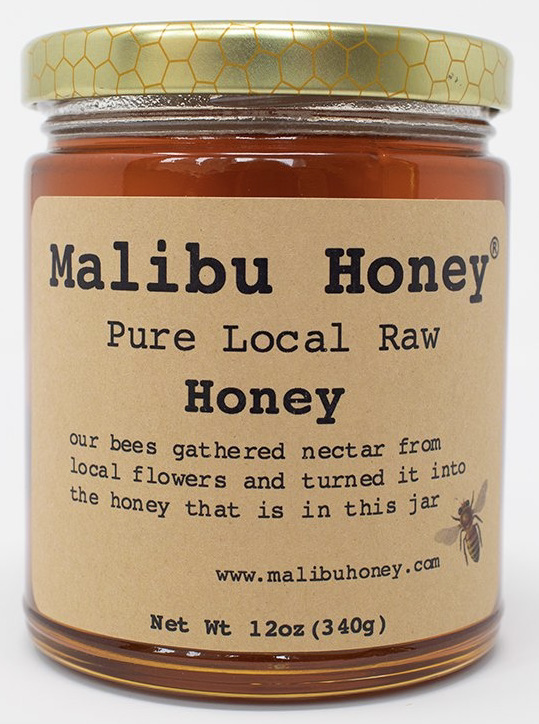 Malibu Honey originated in 2011 with Bruce and Mette Lampcov keeping a hive in their backyard in Point Dume, Malibu so they could have bees to produce lavender oil. Their plan was to plant lavender for the bees to pollinate and then gather the lavender. The lavender didn’t work as they had hoped, but the bees thrived as they foraged the coastal wildflowers and the mountain sage in the local mountains, producing a great tasting light honey. Along with Malibu, their honey also comes from bees from the Santa Monica and San Gabriel Mountains. These locations are part of the national parks and forest lands which are free of intensive agriculture and chemical use.