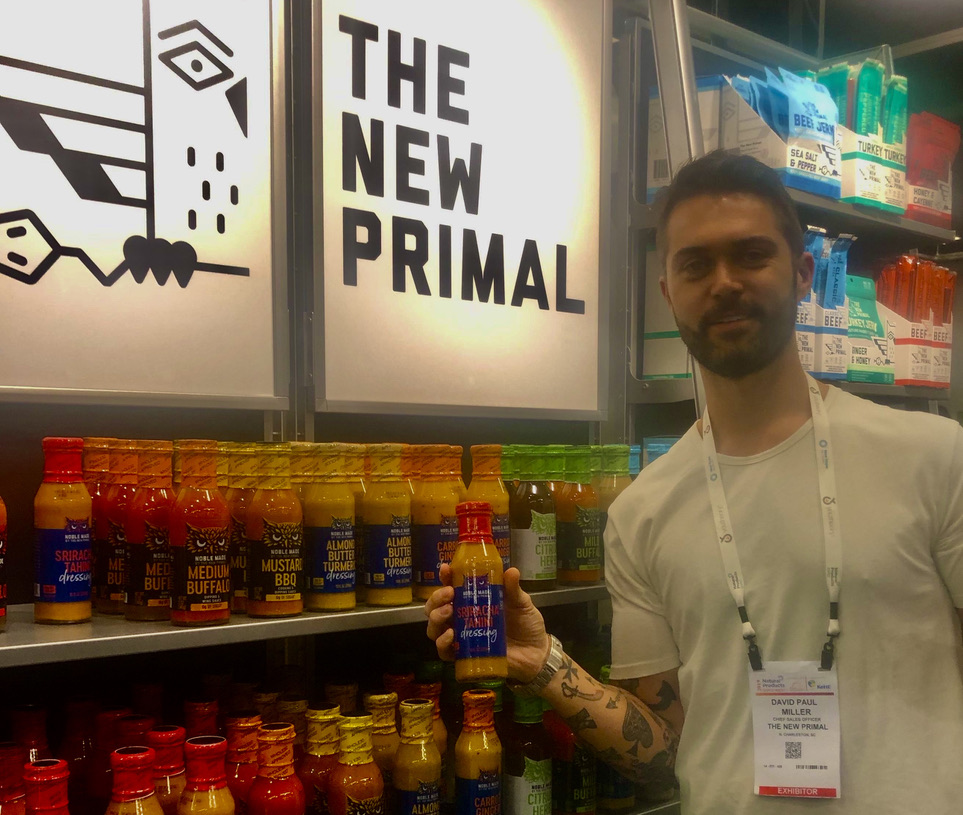 The month of May is National Salad Month. While the specific origins of it are unknown, it’s likely because May is the time when people all over the country can begin gardening. As you’re celebrating this month with lucious greens on your plate, it’s important to use a salad dressing with clean and real ingredients.

Big ag salad dressings contain a number of refined and denatured foods in them. The worst offenders among their ingredients are rancid vegetable oils, such canola or soybean. Another problematic item in the dressings is the vinegar they use. If vinegar isn’t organic or non-GMO verified, there’s a strong possibly it’s sourced from genetically modified corn. Some of the major salad dressings also contain genetically modified sugar. Additionally, the ingredients in dressings from the large food manufacturers often aren’t organic, meaning they’re sprayed with multiple pesticides.

In alphabetical order, here are the 6 best salad dressings with real ingredients: 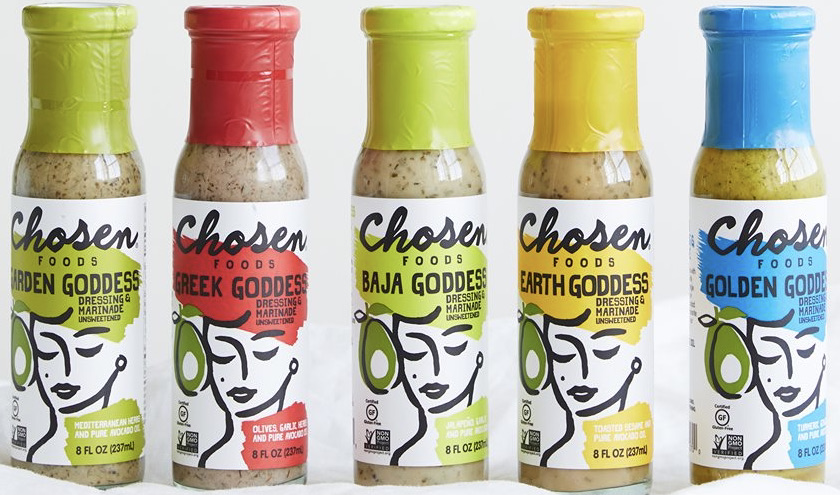 In 2011, families and generations of farmers from coastal California and Mexico joined together in celebration of the avocado to form Chosen Foods. They use 350 million avocadoes annually and all are harvested by hand. Chosen Foods works closely with the farmers to guarantee they’re grown in the optimal climate and perfect elevation. The avocados are naturally irrigated by rainfall, which saves thousands of gallons of water every year.

Chosen Foods uses avocados to make oils, dressings, cooking sprays, simmer sauces, and guacamole. Their avocado oil is cooked at a smoke point of 500°F. This oil is used in the salad dressings, which includes ranch, Caesar, lemon garlic, apple cider vinegar, and the goddess series. 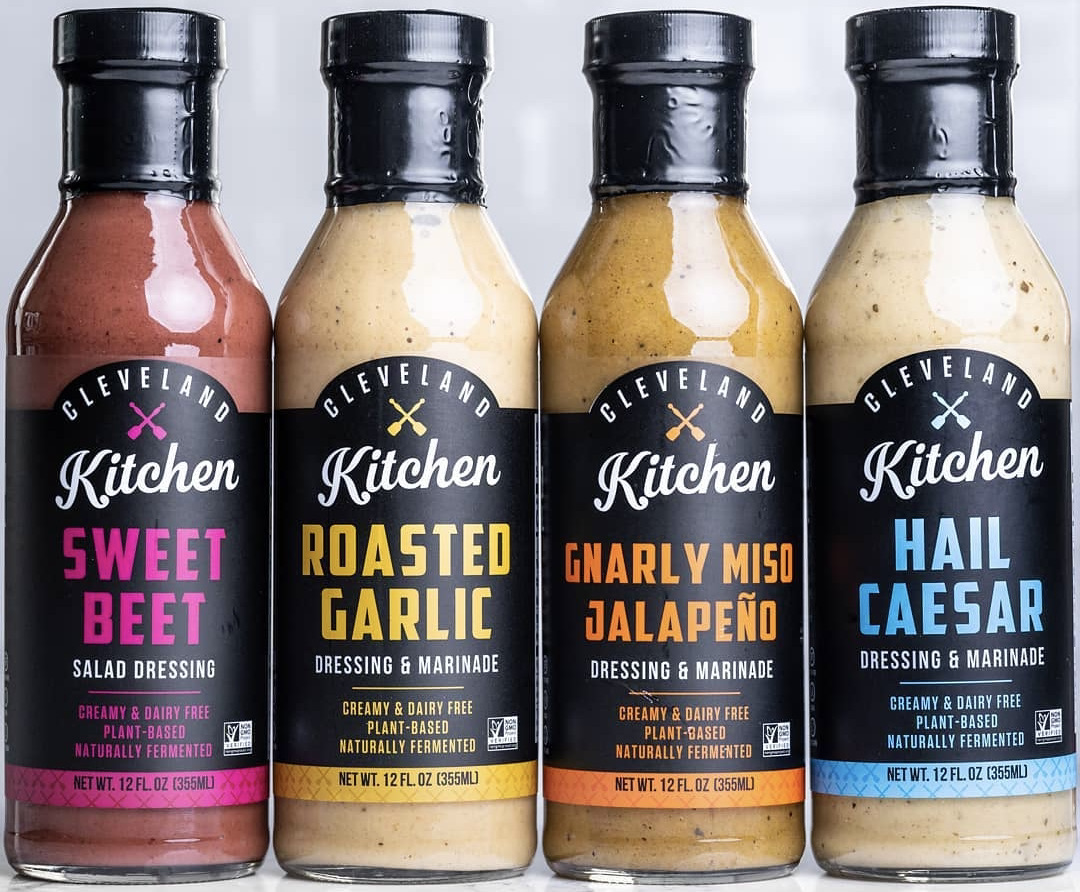 Cleveland Kitchen began as Cleveland Kraut. Three brothers from Cleveland wanted to share their love of European and Asian ferments to Americans. They first sold their sauerkraut at local farmers markets and eventually made their way into supermarkets nationwide. From the beginning, they were committed to sustainability. Having worked with local farmers through their mother’s nonprofit organization, North Union Farmers Market, the Cleveland Kitchen products source ingredients locally from Midwest farmers.

Since becoming Cleveland Kitchen, the brothers introduced a line of fermented dressings for consumers to be able to enjoy them and see the health benefits of the millions of probiotics in their unique dressings. Their salad dressing flavors are backyard ranch, veggie Caesar, garlic Italian, miso jalapeno, and sweet beet. 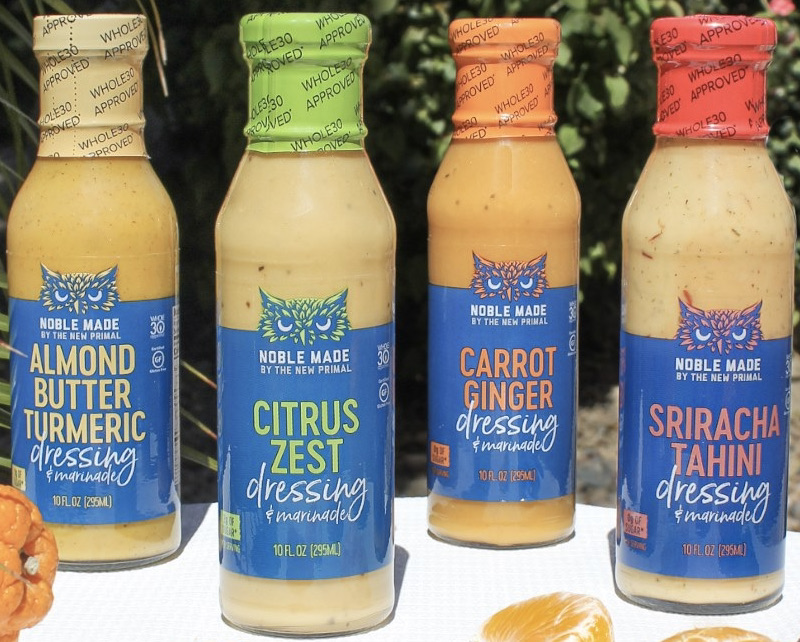 The New Primal has since expanded from jerky and beef sticks and entered into the condiments world to appeal to vegetarians. Along with condiments, they introduced some bold salad dressings, such citrus zest, sriracha tahini, carrot ginger, and almond butter turmeric plus a number of ranch dressings. 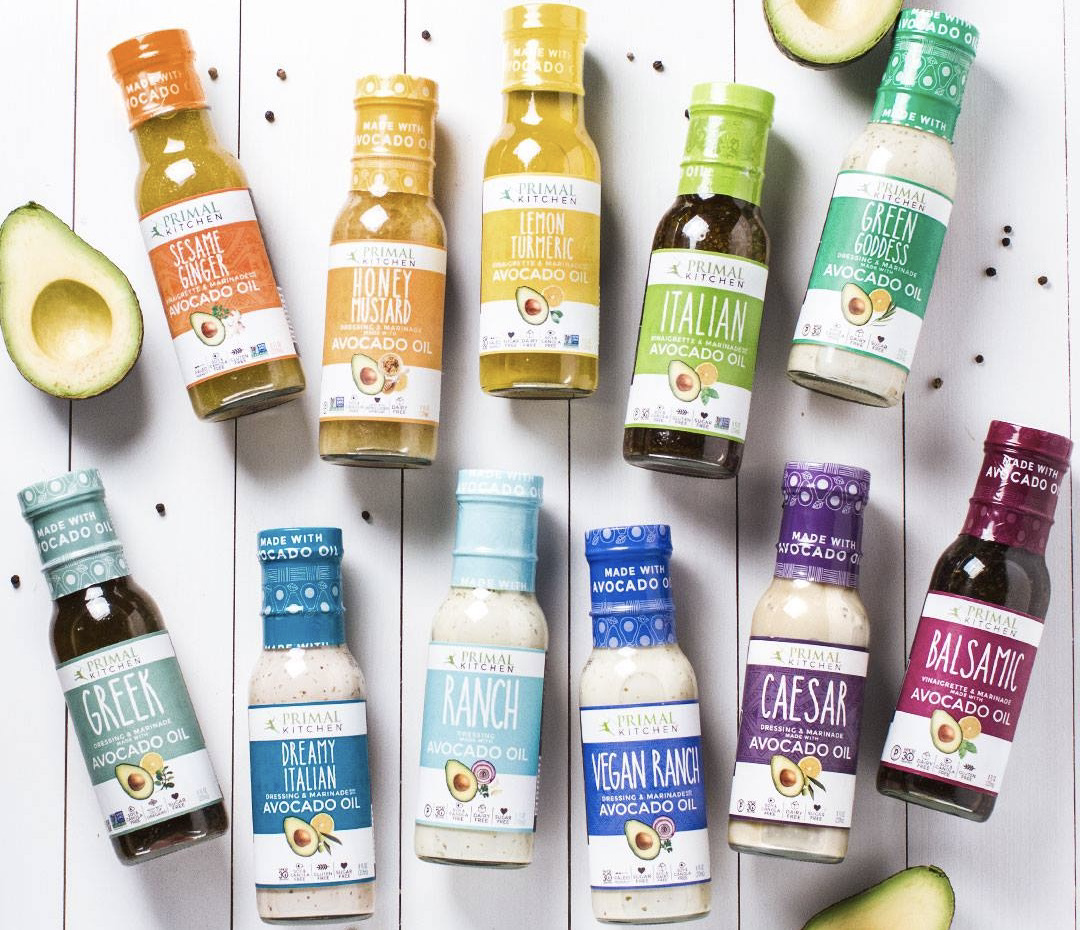 Primal Kitchen’s first product was a mayonnaise made with avocado oil instead canola oil. After introducing their mayo, they then started concocting cleaner versions of all type of other products. Among those is their large line of salad dressings. Some of their offerings of dressings are ranch, Caesar, balsamic vinaigrette, Greek, Italian, sesame ginger, lemon turmeric, and cilantro lime. 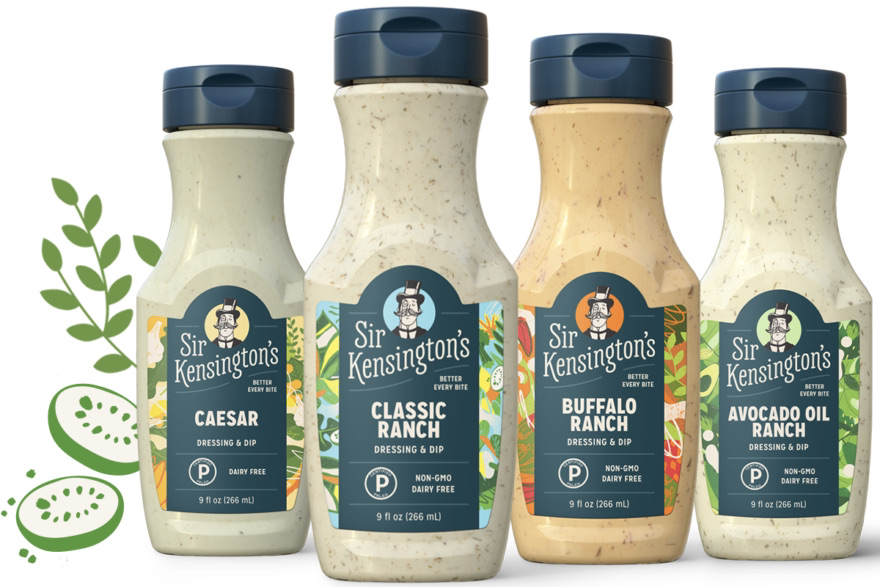 After Sir Kensington’s achieved popularity with its ketchup, Norton and Ramadan began reinventing other condiments they felt could be better and eventually delved into reinventing dressings. Their different dressings consist of Caesar, ranch, buffalo ranch, and avocado oil ranch. 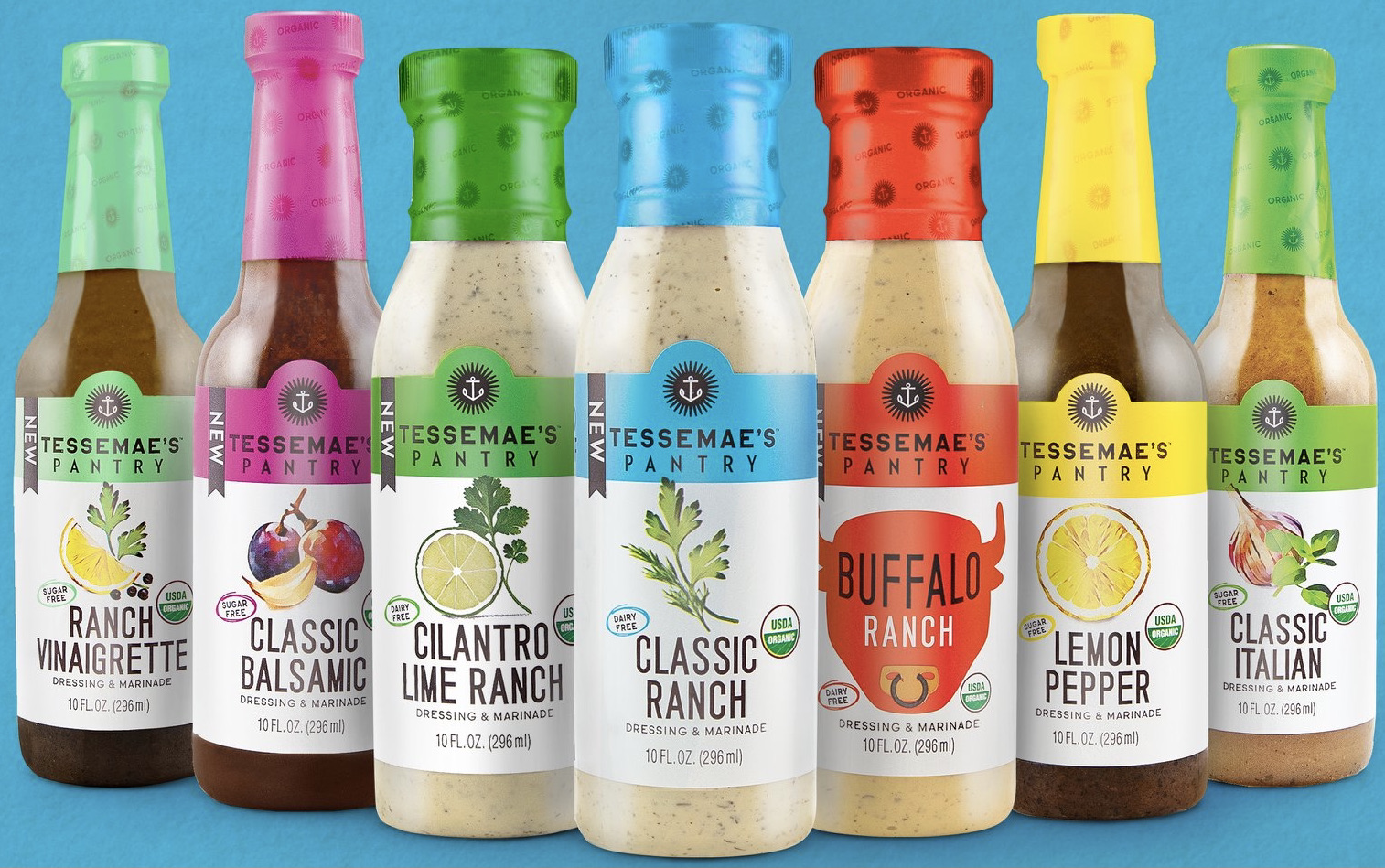 Following the success of the dressing, Tessemae’s extended into marinades, toppings, and condiments. In terms of their salad dressings, they provide many types of ranch, several versions of green goddess, other popular flavors like Italian and balsamic, and a superfood series using ingredients such as turmeric, ginger, mushrooms, and chia seeds.