In the United States, October is observed as National Pizza Month. This celebration began in 1984 by Gerry Durnell, founder of the magazine Pizza Today. Gerry chose October as that month coincided with the debut of his magazine that year. He was the owner of a pizzeria in Santa Claus, IN and realized there were no magazines or trade publications to help his business or the industry overall.

And who doesn’t love pizza? I know I certainly do. But there are couple of issues related to pizza made with conventional ingredients and by conventional methods. Many pizzerias use non-organic wheat which is sprayed with various pesticides. Plus traditionally wheat has been fermented into what’s known as sourdough.

Sourdough uses wild yeast while conventional pizza uses baker’s yeast, which is a single strain of yeast from a wild yeast culture. Baker’s yeast made it faster and cheaper to produce baked goods, but also removed a lot of the nutritional value.

Sourdough pizza is healthier and easier to digest than regular pizza for a number of reasons. It has a lower glycemic index than other pizza. Sourdough is much lower in phytates due to the lactic acid bacteria in it. The fermentation process creates prebiotics and probiotics. Some people with gluten sensitivities can even handle sourdough.

But not all sourdoughs are created equally. Even with sourdough, it’s important to use organic flour. Many sourdough bakers take a shortcut and use conventional flour thinking people will eat it just because it’s sourdough.

In alphabetical order, here are the 5 best organic sourdough pizzas in Los Angeles:

Erewhon began as an independent natural foods store in Boston in 1966 and launched Erewhon West in Los Angeles in 1968. In the past decade, additional Erewhon stores were built and there are now a total of five supermarkets. Erewhon has high standards for what they allow in their stores, including no refined flour. As even some natural and organic loaves used refined flour, Erewhon bakes its own fresh organic line of breads with sourdough being among them.  The Erewhon stores all also have cafes where shoppers can take out food. Some also have tables to eat at outside. Among the menu items offered at the cafes are organic sourdough pizzas. They have several types of pizzas or you can make your own with the wonderful veggies and meat that pass the Erewhon standards. 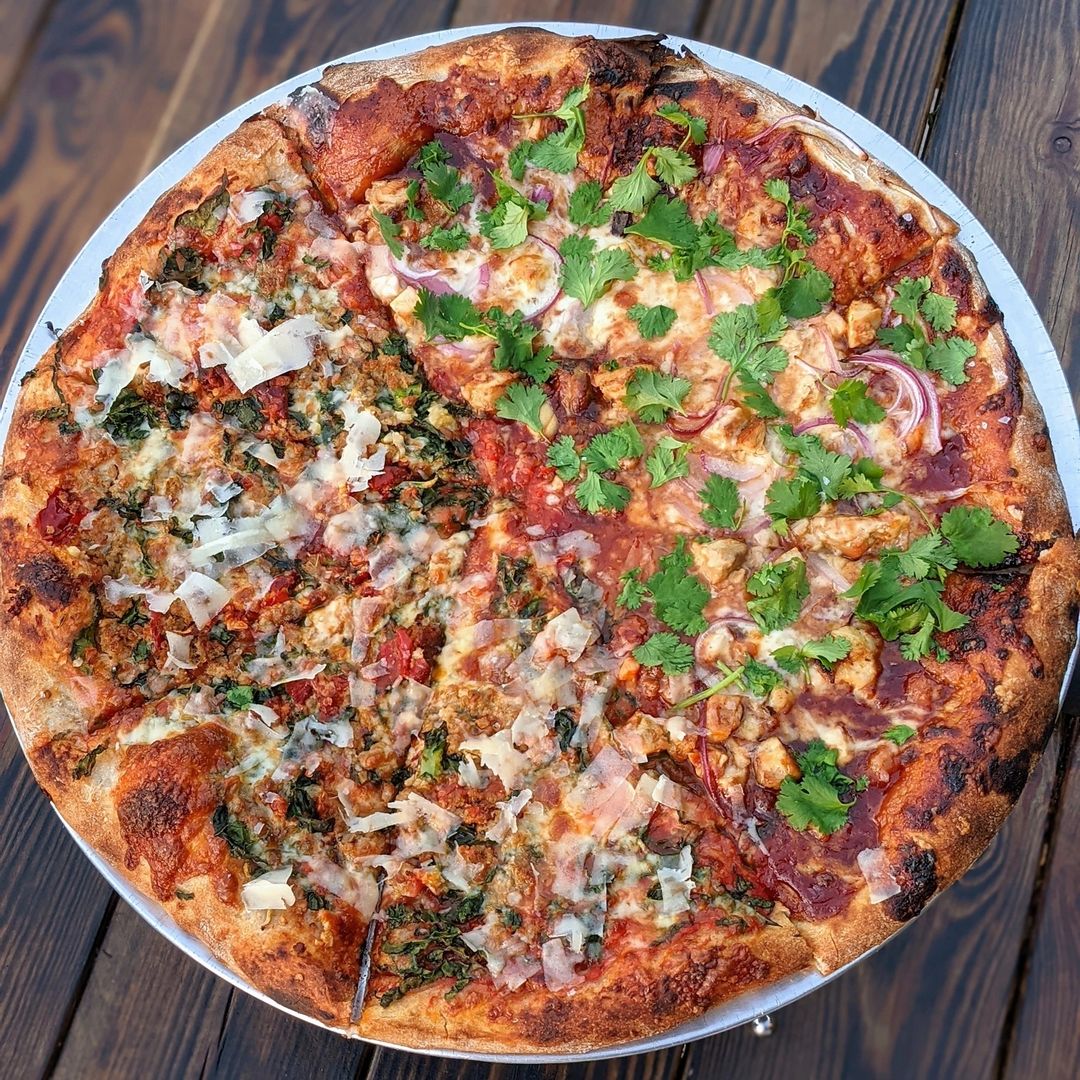 Full Proof Pizza comes from the team behind the Lodge Bread Company. Lodge founders Or Amsalam and Alexander Phaneuf said to each other “I dare you to do it.” They began working on the business at the end of 2014 and opened the physical bakery a year later. They mill the flour themselves and have various types of sourdough breads. In 2015, Lodge began having bakery pizza nights. Now they make pizzas at their Culver City location on Wednesday through Sunday nights with the name Full Proof Pizza.

Michael McSharry went from being in the advertising world in London to making pizza and bread at a restaurant on the border of Echo Park and Historic Filipinotown. He said that while sourdough wood fired pizzas are all over London, Los Angeles is just getting warmed up to them. He’s helping in part with Grá Restaurant. Grá not only focuses on pizza, but other types of ferments as it menu also includes pickles, kimchi, kombucha, and skin-contact wine.

The ingredients for the pies at Hail Mary Pizza are sourced directly from small farmers, so they know how the food was grown, raised, and harvested in addition to having a relationship with the growers. Their organic wheat is grown in California and Utah and uses a good amount of wheat flour. The dough is made by hand daily. They also use ethically sourced meat and seafood to top their pizzas. These toppings include sausage, chorizo, salami, porchetta, and anchovies.

Chris & Caroline O’Donnell were holding Sunday night pizza parties when they met chef Daniele Udati. Daniele grew up in Naples, Italy. His craft is a combination of what he learned through his family bakery’s traditional bread recipes and having been trained at some the best pizzerias in Campania. Daniele introduced the O’Donnells to his signature slow dough fermented for 48 hours and the idea for Pizzana began. Also a part of the restaurant are Sprinkles founders Candace & Charles Nelson. The couple have a passion and undertaking to using fresh and seasonal produce from the local farmers markets. 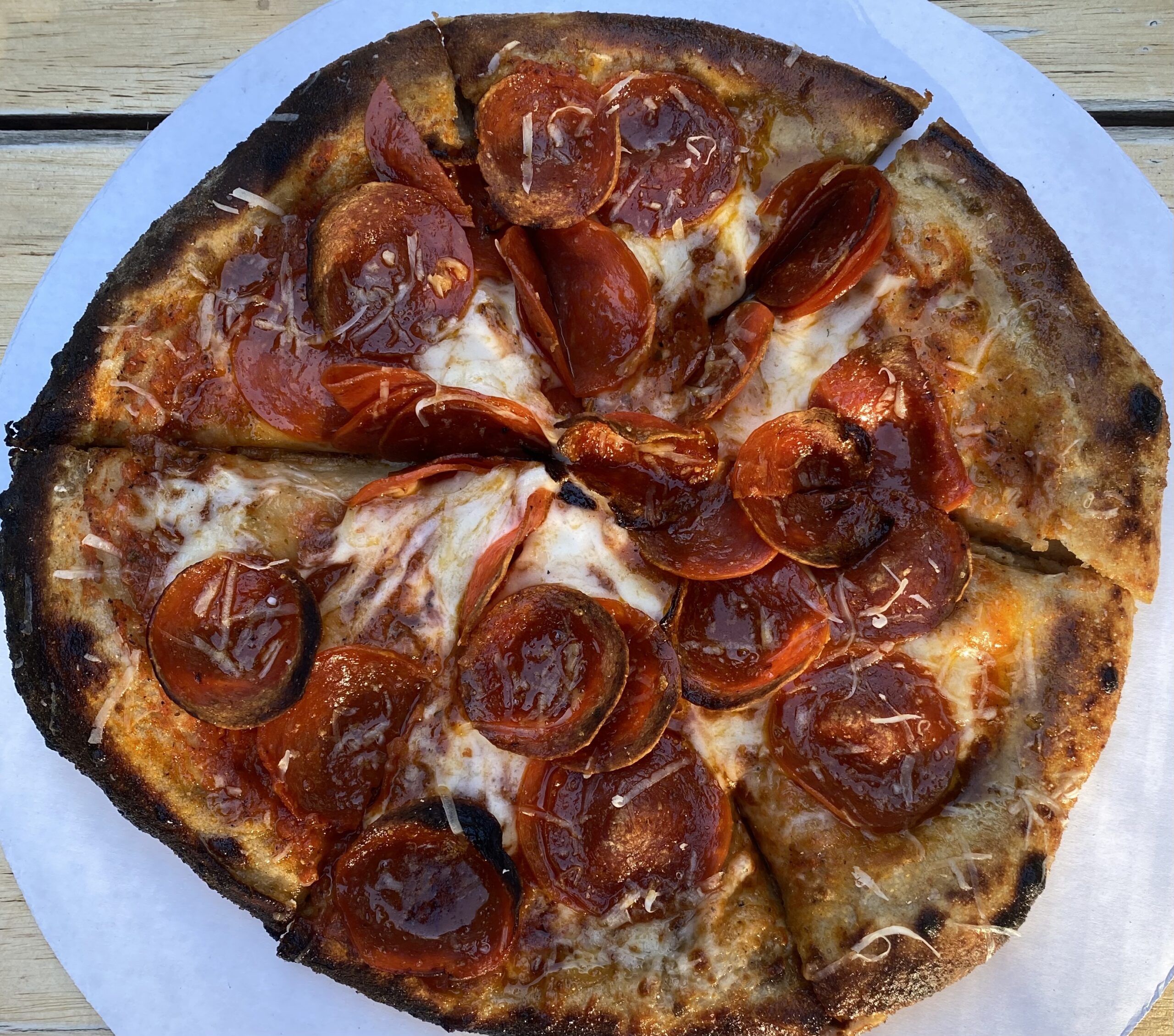 Topanga Grain Company founder Lisa McCullough Roark was raised by a family of great bakers and cooks where everything was homemade. Her father’s side of the family also followed a branch based off of the Amish and her cousins milled their own flour. She then began learning about the dangers of white flour while working many years for a health practitioner. Growing up in the south, Lisa had a love of good food. She decided to buy her own mill and see if she could make food which was both healthy and tasted great. To learn how to cook better, she enrolled in the San Francisco Baking Institute. In 2018, she opened the Topanga Grain Company. For her business, she still mills the grains herself and hand mixes the flour and water to make her wide range of sourdough breads. The Topanga Grain Company sells its breads at farmers markets all over Los Angeles. Most recently, they began selling sourdough pizzas at Malibu Wines & Beer Garden in West Hills on Friday & Sunday and soon Saturdays.