Welcome to 2020.  It’s not only a new year, but a new decade. As The Appropriate Omnivore blog has been going for almost a decade, I’m very pleased at all of the progress that’s been made in the real food world over the past 10 years. But I’ve also learned earlier that when you strive to be sustainable, you always realize you can do more.

Let’s first take a moment to look back at all of the real food items that have become household names. Grass fed beef, kombucha, and bone broth are three which come to mind. So now I’d like to introduce 5 real food concepts that I hope to see more of in the new year and the new decade. 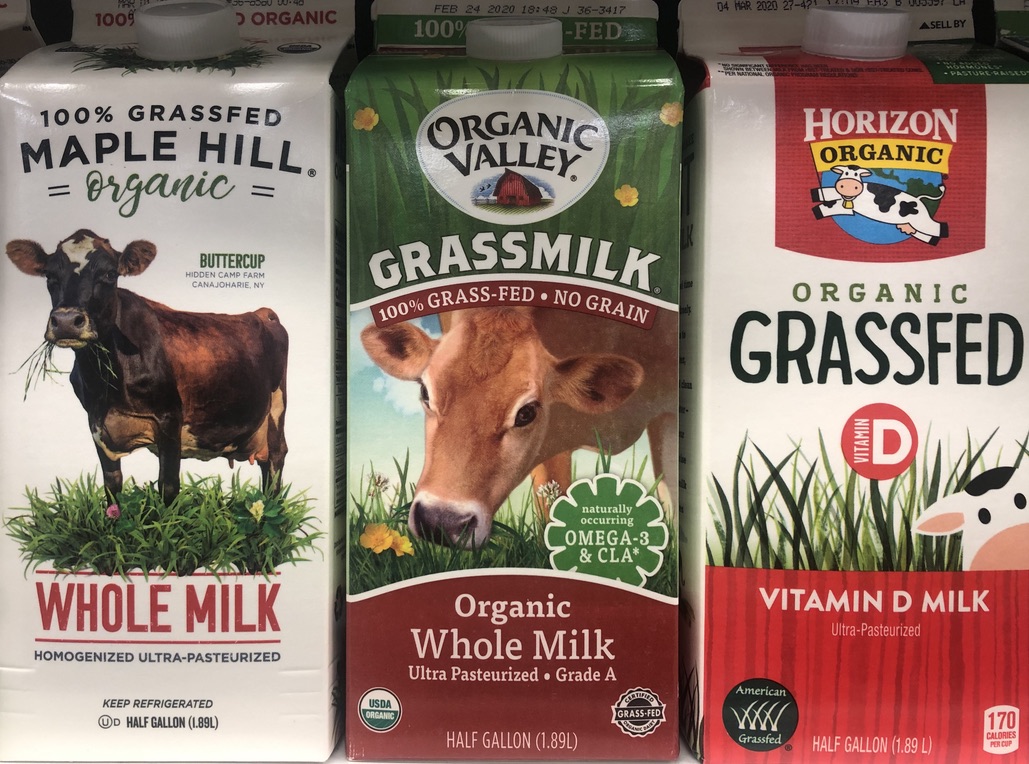 While we’ve seen enormous market growth in grass fed beef, the focus on dairy has been toward organic as opposed to being 100% grass fed. But as organic milk went down in sales for the first time a couple years ago. Holistic livestock consultant and vet Will Winter explains there’s a greater difference between grass fed and organic milk than there is between organic milk and conventional milk. Last year, Maple Hill and Organic Valley launched a third party certification system known as the Certified Grass-Fed Organic Livestock Program. It’s administered by Organic Plus Trust. In order to qualify for certification, dairy cattle must be grass fed without any grain and be provided with a large area of pastures to graze. I’m hoping more dairies will join in 2020. And I’d also like to see more 100% raw grass fed dairies. 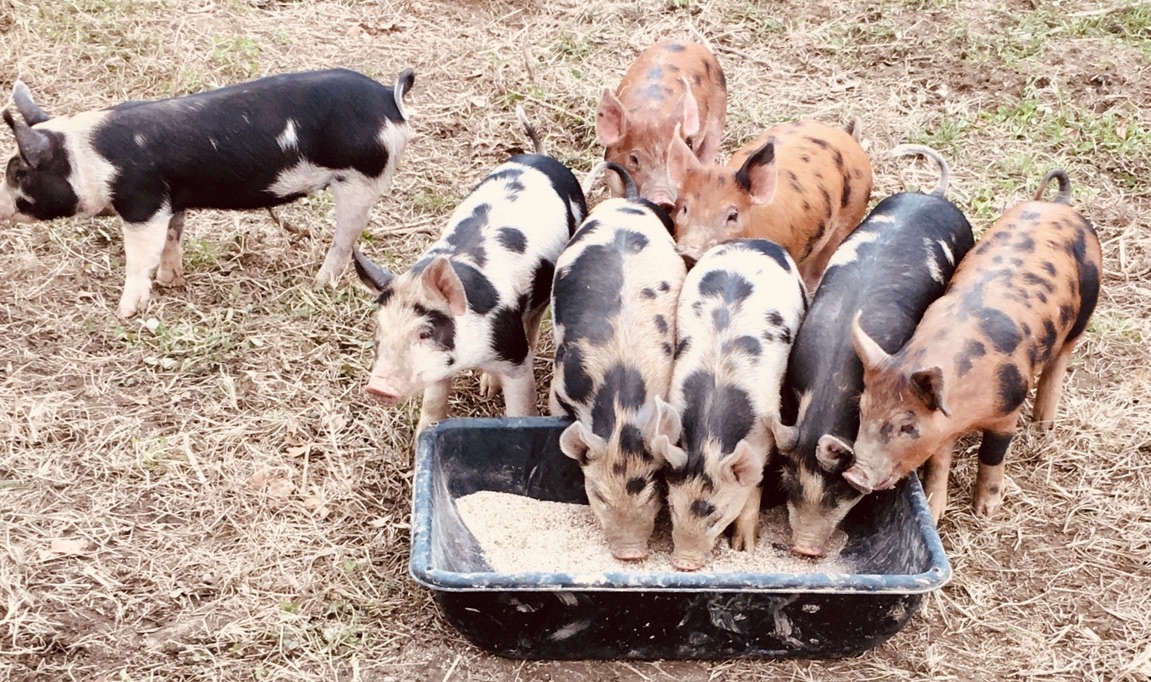 Along with raising the standards for dairy, the conditions in which a lot of chicken and pigs are raised have large room for improvement. Organic chicken and pork doesn’t mean the animals were given plenty of outdoor access. A lot of farmers have moved away from cages, crates, and crowding. Still a lot of these ranchers provide little to no outdoor access for the animals. Others go a step further and provide seasonal access to the livestock, but we can do much better and need to see more farms where animals are raised 100% outdoor on pastures. There isn’t any USDA standard for being pasture raised. There also isn’t any type of third party organization which does a certification system like there is for grass milk. For now, the best way to find out is to visit the farms yourself. Smaller farms that sell at farmers markets tend to be more reliable in terms of providing adequate pasture and living conditions for their animals. But in some places, people can’t access farmers markets year round. So I’m hoping this year we see a larger variety of pastured chicken and pork available to people in supermarkets. 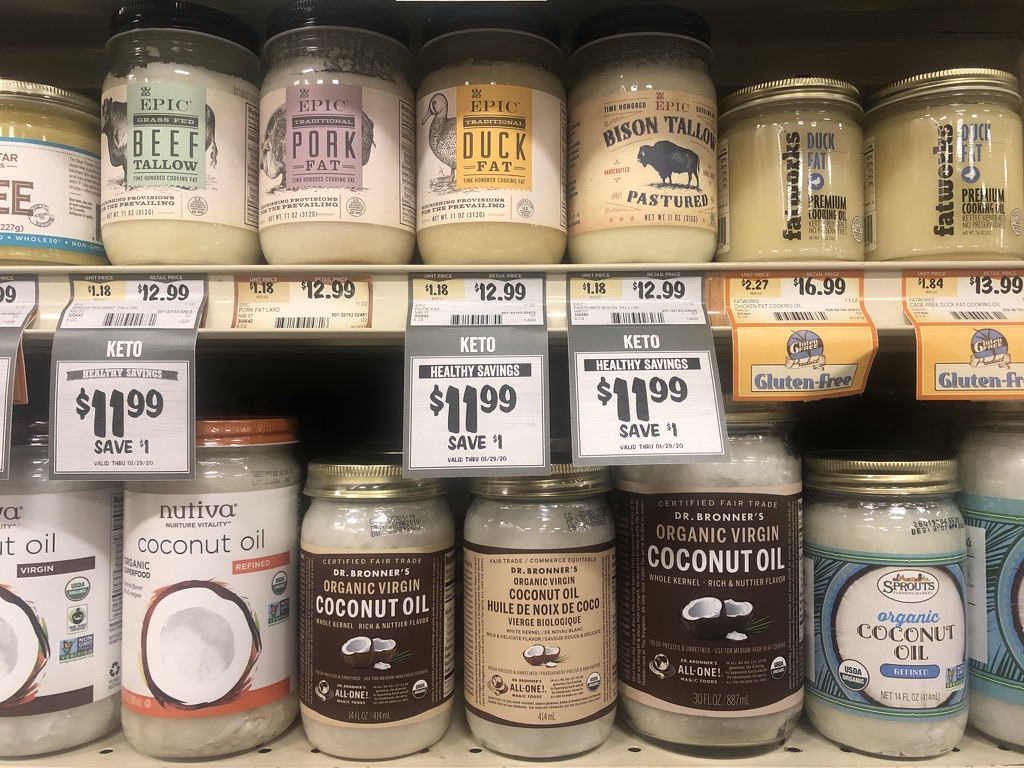 I try to purchase as much as I can at farmers markets. I also make as much of my food from scratch as possible. But I don’t always have the time do either of these every day or every week. So I do buy an amount of prepared foods at the natural foods supermarkets. There are many aspects which I like about these supermarkets. Still one of things about them which really annoys me is how so many of their products contain rancid omega-6 vegetable oils such as canola and soy. These oils are in everything from salad dressings and condiments to breads and buns to fried snack foods. There are so many great natural fats which can be used in cooking, such as butter, ghee, tallow, schmaltz, lard, coconut oil, and olive oil. The organic food producers need to come aboard the healthy fat train.

Rancid oils aren’t the only problem we’re facing with the breads we find in stores. Bread makers have been taking shortcuts for too long by using baker’s yeast instead of wild yeast. Baker’s yeast was a way to make bread faster and cheaper. At the same, it loses a good portion of its nutritional value. The time honored tradition of using wild yeast to ferment sourdough dough bread is a lost art by many. We’re starting to see more artisan sourdough bread makers. Natural supermarkets have even begun making their own bread. Still, the amount of true sourdough bread made without any yeast remains a relatively small section of natural food. To add to that, another problem is even a lot of artisan sourdough bread doesn’t use organic flour. When wheat isn’t organic, it’s often sprayed with various pesticides and herbicides. For those of who can digest wheat, we deserve good bread which is fermented for a proper period, doesn’t contain any baker’s yeast, and is organic. 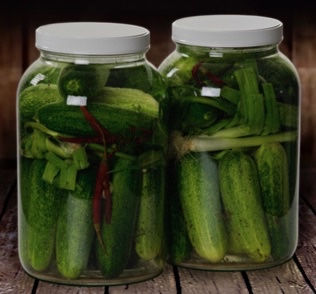 The explosion of raw artisan sauerkrauts proves that fermented vegetables can sell. Now let’s see a greater offering of different fermented veggies available. My first introduction to fermented vegetables actually came at a young age when my parents bought real pickles. Who doesn’t like a good pickle on their burger or on the side of their sandwich? Yet we don’t see too many pickles out there which were made by fermentation. The majority of the pickles you find tend to use pasteurized vinegar and aren’t in the refrigerated section of the supermarket. While vinegar does make pickles shelf stable and prolongs their sale life, again we’re seeing nutrition lost by avoiding the traditional fermentation process. It’s time we have more raw fermented pickles.