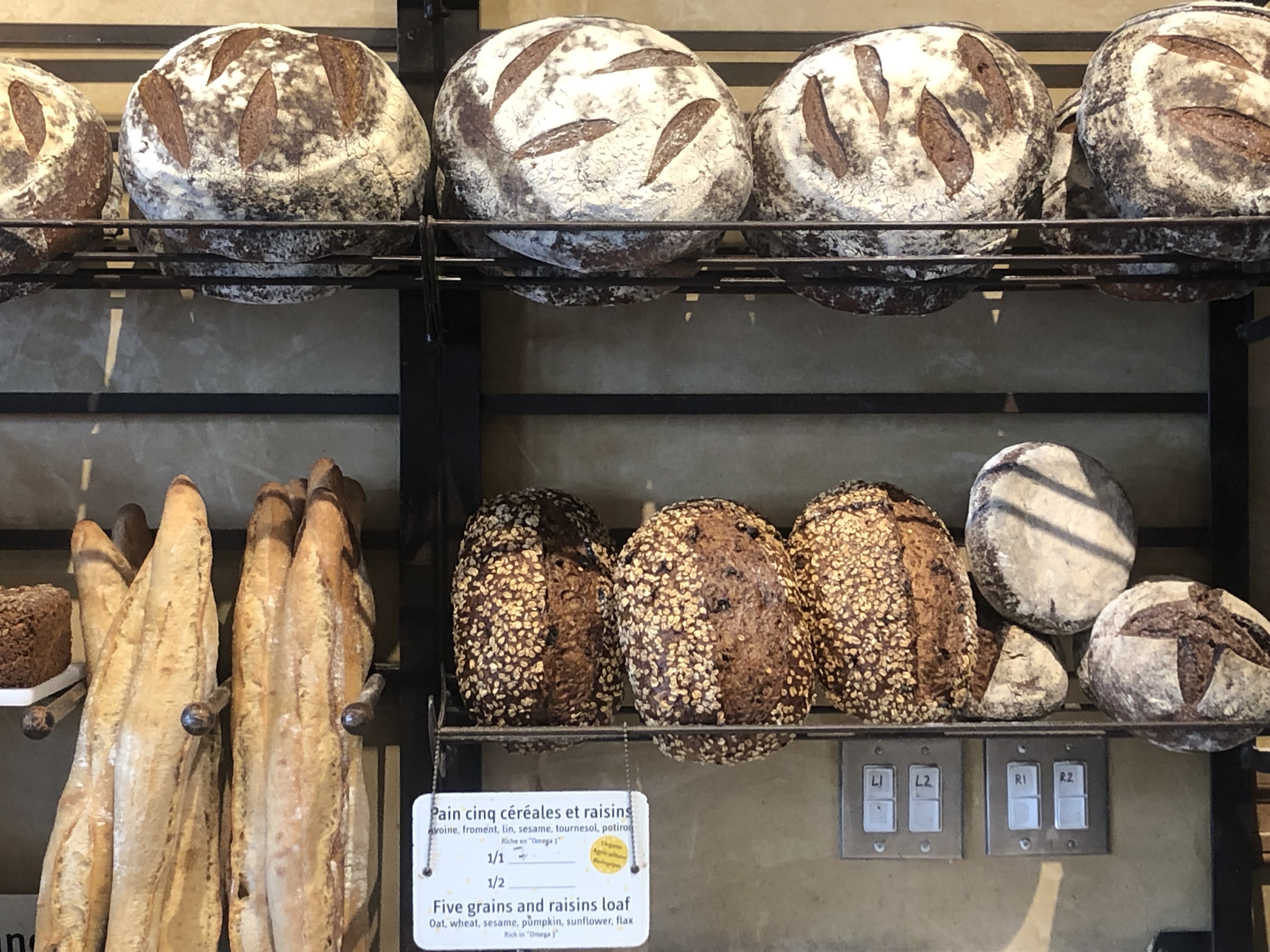 November 3 is celebrated as National Sandwich Month. While the invention of the sandwich is unknown in terms of who came up with the idea and why, the name is believed to have come from John Montagu. Montagu was the 4th Earl of Sandwich, a town in southeast England. Montagu was a gambler and asked his chef to cook him a meal which wouldn’t interfere with him gambling for 24 hours straight. The chef gave him sliced meat between two pieces of toast, allowing him to have one hand for gambling and one hand for eating.

As November 3 was Montagu’s birthday, the day is observed as National Sandwich Day.  This article on sourdough bread is the first in a series of articles about the best ingredients to use in your sandwich. I’m starting with bread as a sandwich can be completely ruined by bad bread.

Today’s modern bread ranges in problems from containing high fructose corn syrup and many chemical ingredients to the wheat in it being sprayed with various pesticides. Traditionally bread has been fermented into what’s known as sourdough. While bread in the Standard American Diet is loaded with many chemical ingredients, sourdough typically has only four or five ingredients: starter culture, water, flour, salt, and sometimes olive oil.

Sourdough uses wild yeast while conventional bread uses baker’s yeast, which is a single strain of yeast from a wild yeast culture. Baker’s yeast made it faster and cheaper to produce bread, but also removed a lot of the nutritional value.

Sourdough is healthier and easier to digest than regular bread for a number of reasons. It has a lower glycemic index than other breads. Sourdough is much lower in phytates due to the lactic acid bacteria in it. The fermentation process creates prebiotics and probiotics. Some people with gluten sensitivities can even handle sourdough.

But not all sourdoughs are created equally. Even with sourdough, it’s important to use organic flour. Many sourdough bakers take a shortcut and use conventional flour thinking people will eat it just because it’s sourdough. Weston A. Price founder and president Sally Fallon says she has a hard time finding organic sourdough and encouraged chapter leaders to find organic sourdough for their local resource lists. As I set out on my journey to find organic sourdough in Los Angeles, I ended up coming across a total of 12 different ones. Here are their stories and where you can find them in the greater Los Angeles area. 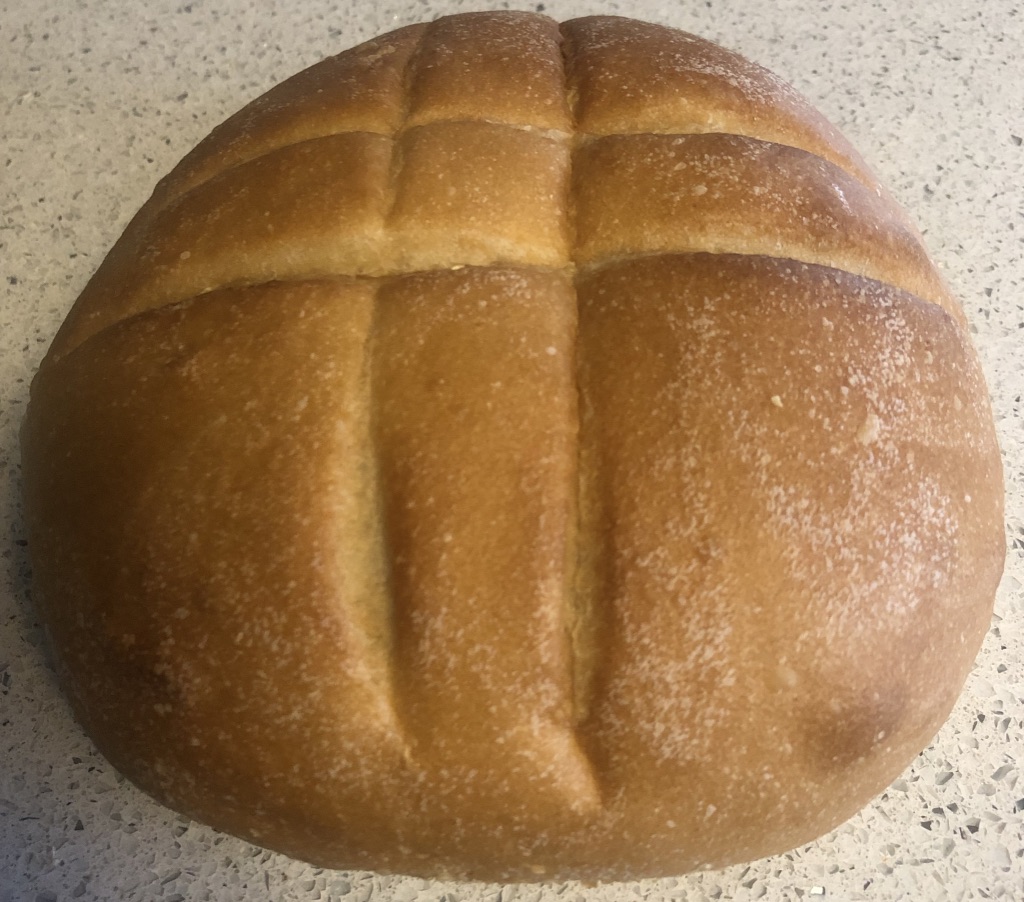 Bezian Bakery shares the last name with its founder and owner Jack Bezian, who first became a bread baker in 1966. Jack soon developed an interest in sourdough when the first research was done in 1971 in San Francisco. His wife being a biochemist helped him out and he discovered how sourdough is easier to digest. In 1985, he entered into the world of sourdough. His sourdough bread is made with a culture containing multiple strains of gut flora.

Where to Buy: Santa Monica, Hollywood, and Pasadena Farmers Markets

After having learned the bread making craft in Portland bakeries, working in traditional stone ground bakeries in his wife’s home country of Sweden, and being an assistant baker for organic farm Kenter Canyon, Zach decided to venture on his own out of his West Hollywood apartment. He first delivered his bread to restaurants and shops and then opened the brick and mortar Clark Street Bread in the Grand Central Market in 2014. He opened two additional locations in Echo Park at the end of last year. 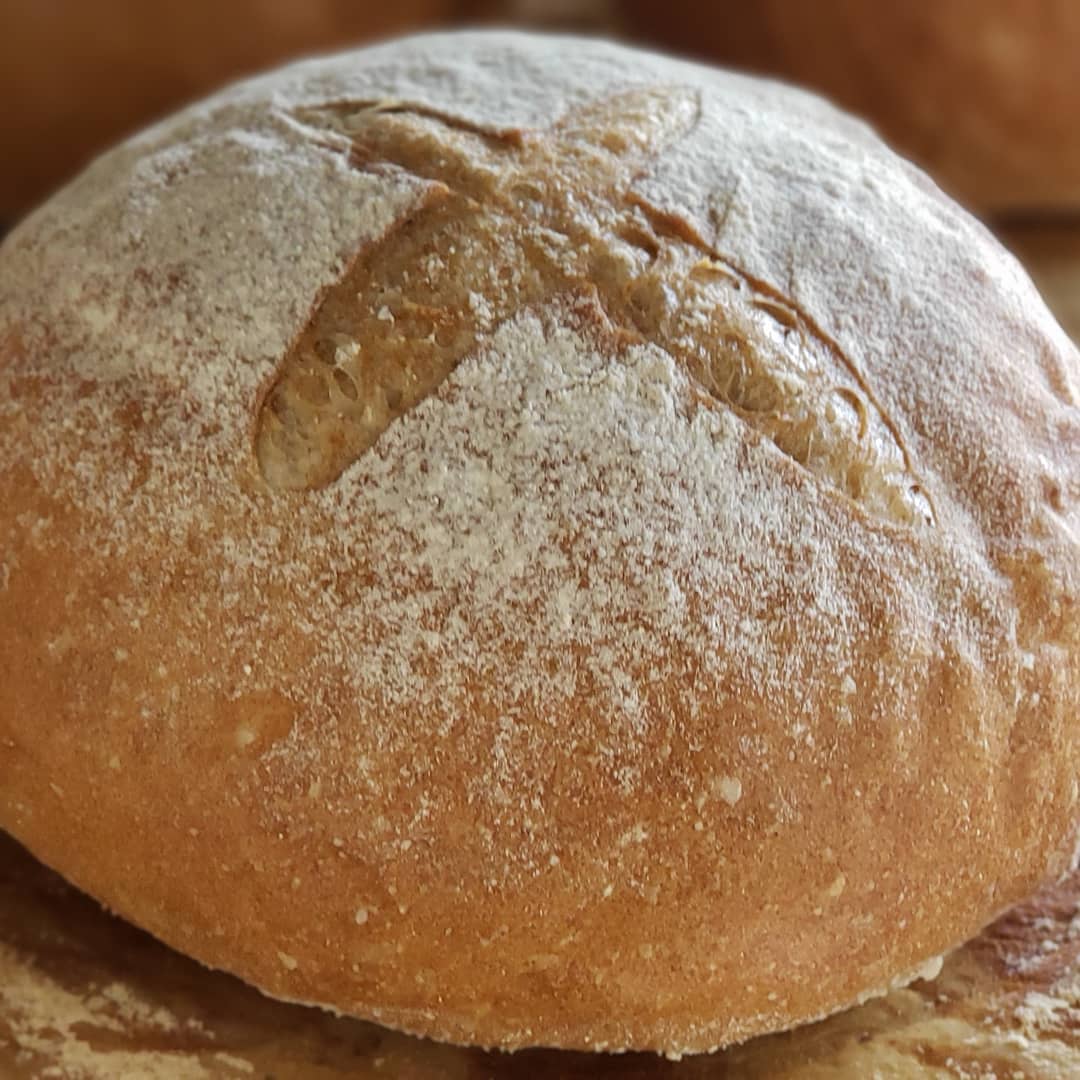 Marc Lory along with chefs from Compagnons du Devoir, a French organization of craftsmen and artisans, created Frogs Bakery almost 10 years ago in Tucson, AZ to fulfill the tradition and art of making bread the way our ancestors did. The same sourdough starter they grew to make their bread is being used in every loaf made today. After three years in Arizona, they decided to move to Los Angeles. Their breads are certified organic and non-gmo verified. 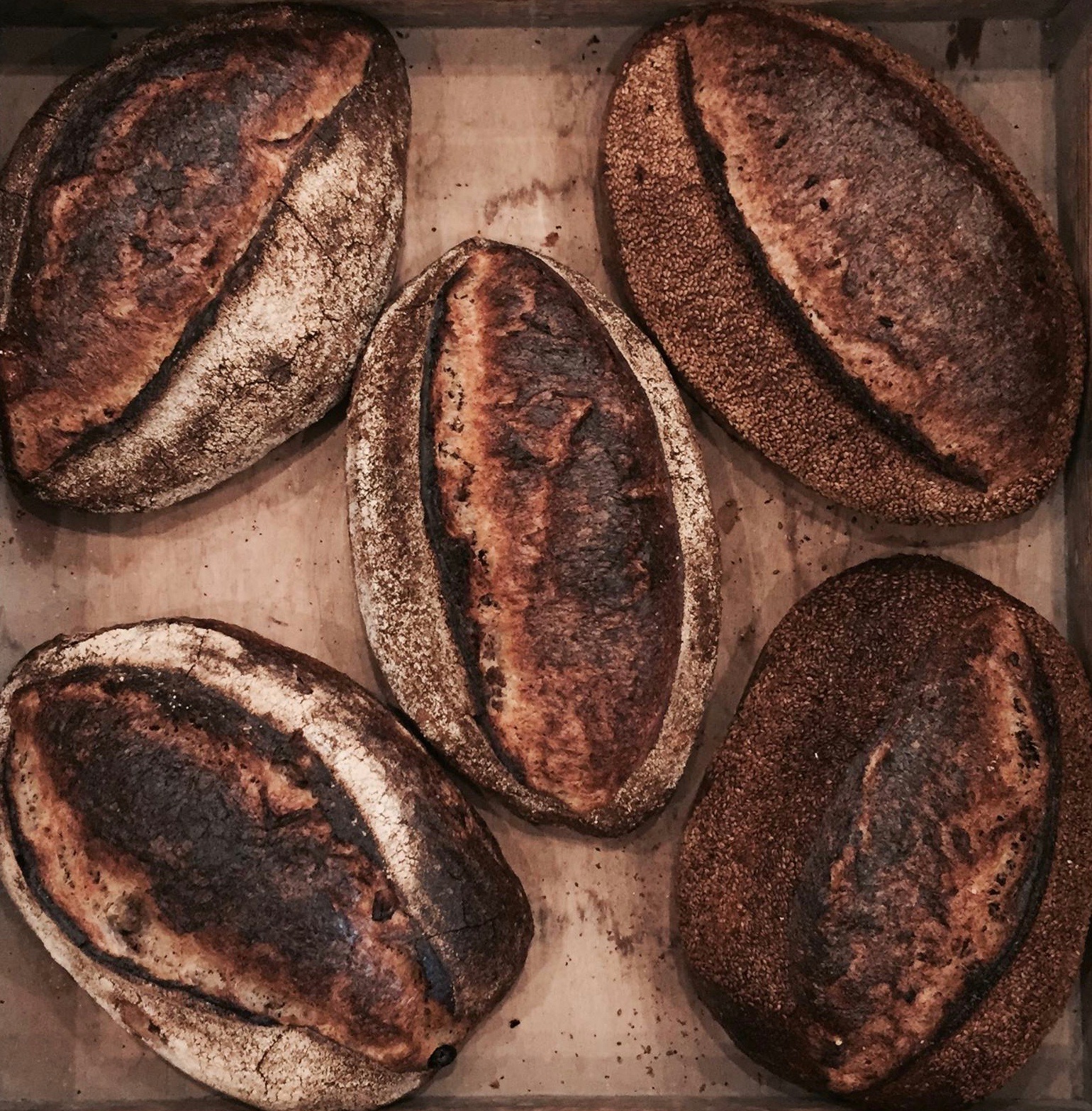 In 2014, the Gjelina Group opened Gjusta as a commissary kitchen to supply bread and other products for their restaurants. Soon after, Gjusta turned into a bakery, deli, cafe, and store influenced by Parisian bakeries, east coast delis, and European markets. They shop at five farmers markets throughout the week to source the majority of their produce, meat, and seafood. Gjusta also uses organic flours in all of its baked goods, such as its sourdough French loaf and baguette.

Where to Buy: Venice bakery & all Erewhon locations 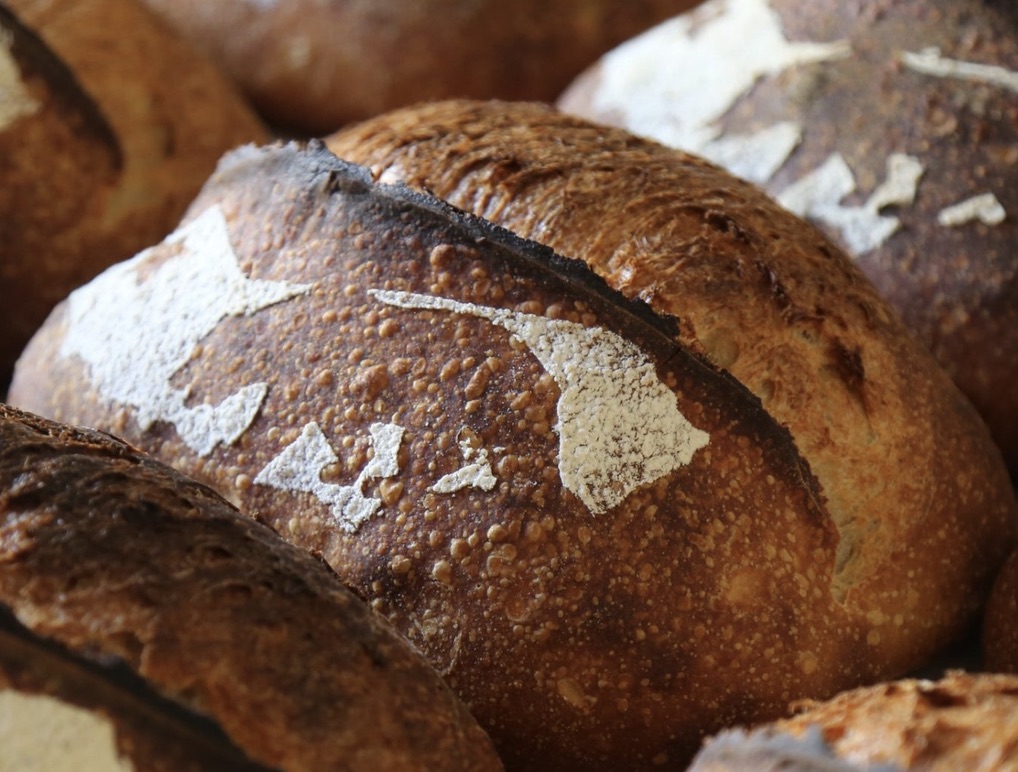 In 2013, Gusto founders Arturo Enciso and Ana Belen Salatino had moved into their new home in downtown Long Beach. It was here that they discovered an earth oven in their garden. Arturo felt it was his destiny to learn how to use it. He soon began chopping wood, firing up the oven, fermenting wild yeast starters, milling organic whole grains, and mixing the dough by hand. He then visited bakeries all over the world from the Bay Area to the East Coast to Mexico to Spain. In 2017, Arturo returned to Long Beach to set up his cottage bakery while selling their bread at farmers markets and to local cafes and restaurants. At the same, he and Ana began working on obtaining a storefront for the business. They’ve been able to work through the pandemic and opened their new location last year. Their loaves include yecora rojo wheat, sunflower/pumpkin/poppy seed, rye/spelt/wheat, and durum.

Where to Buy: Long Beach bakery 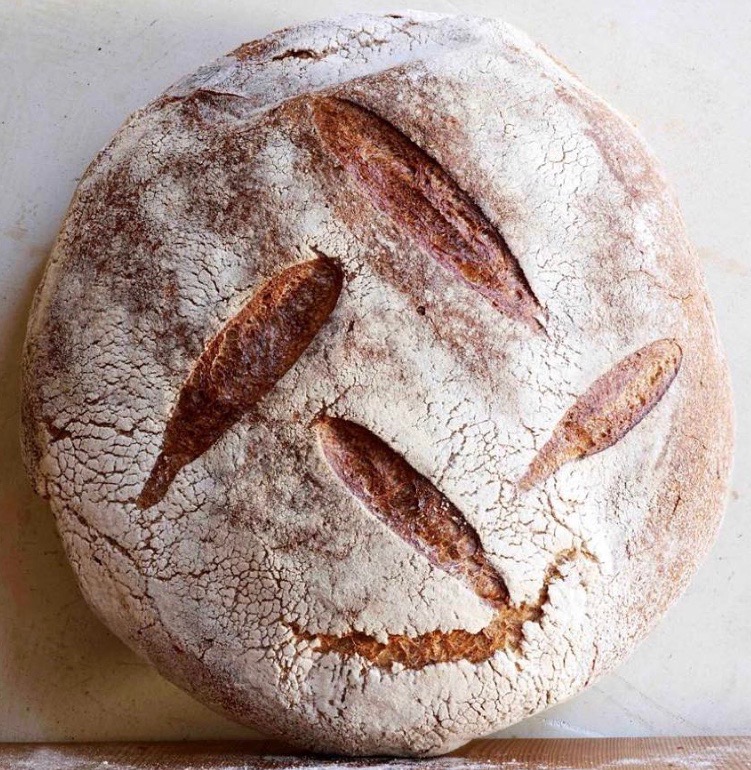 Chef Alain Coumont began baking when he was a little kid. On Sundays, he and his aunt would bake loaves, boules, and tarts. In addition, his father was trained as a chef and his maternal grandparents owned a restaurant in Belgium. After going to the same school his father attended, Alain felt it was time to make it on his own. While working as a chef in Brussels, he had a hard time finding bread which perfectly captured his memories of what he and his aunt made. Alain soon realized the only way to achieve this was to make it himself, so he opened Le Pain Quotidien in 1990. Seven years later, LPQ expanded to the United States with a bakery on Madison Ave. in New York City. Le Pain Quotidien now has over 260 locations around the world. In addition to bread and a bakery, they have a full menu of entrees made with organic and quality ingredients.

Where to Buy: Various locations worldwide 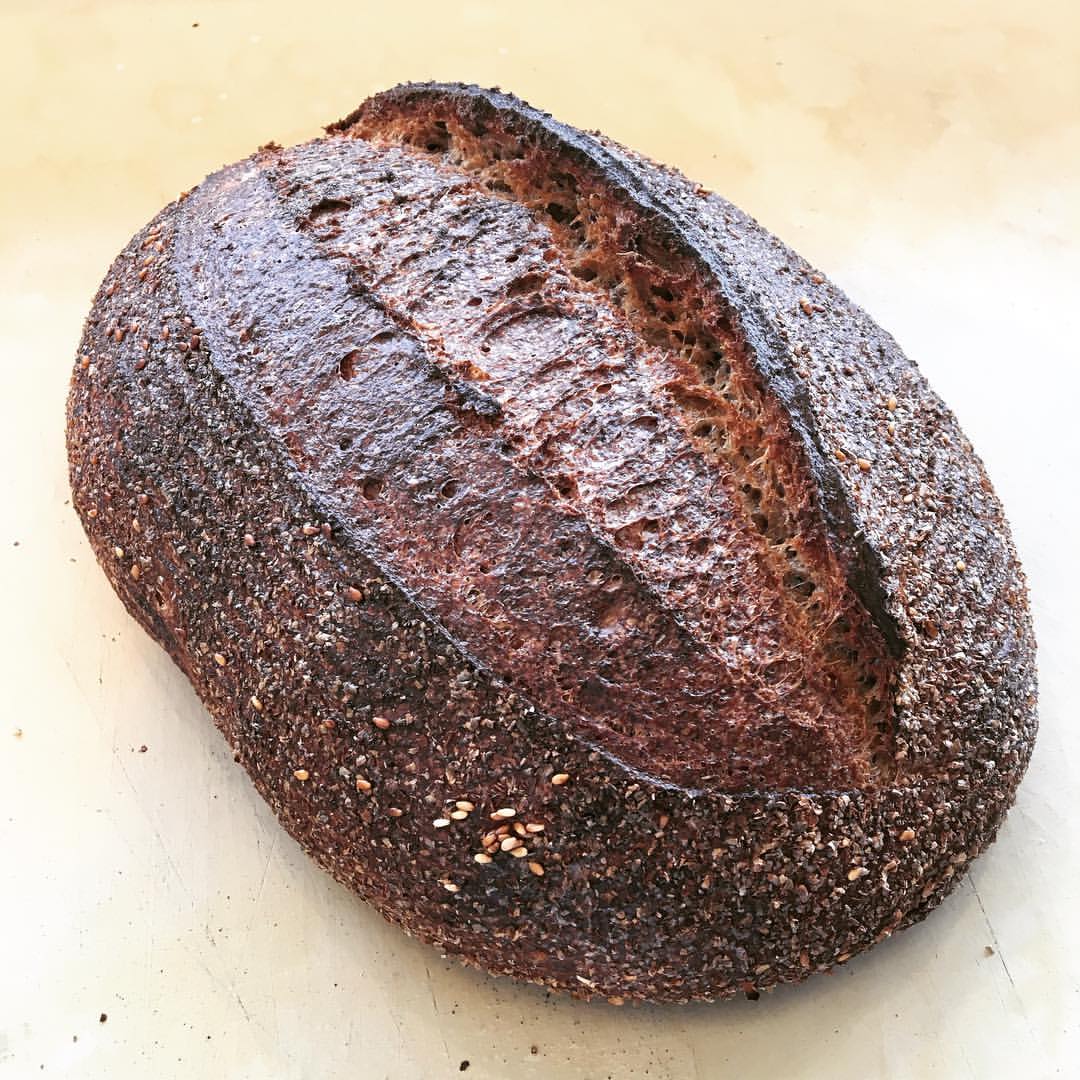 Or Amsalam and Alexander Phaneuf started the Lodge Bread Company by saying to each other “I dare you to do it.” They began working on the business at the end of 2014 and opened the physical bakery a year later. They mill the flour themselves and have various types of sourdough breads, including ones using whole grains, hard red wheat, spelt, and rye. Their bakeries also have a menu of items to order and provide classes on how to make your own sourdough.

Partners Suzanne Rosen and Harry Nickelson read the book Wheat Belly and learned about the benefits of the ancient wheat einkorn. It’s the only completely non-hybridized wheat and has the lowest level of gluten in any wheats. So Suzy and Harry decided to combine the health benefit of einkorn flour and fermented sourdough. Culture Club 101 owner and founder Elaina Luther introduced them to sprouted and whole wheat einkorn to further maximize the nutrition in the bread they sought out to make. Harry and Suzy now have a cottage business known as Moonlight Bakers, which exclusively bakes einkorn sourdough. Some people with gluten sensitivities say einkorn sourdough is the only type of sourdough which they can digest.

Where to Buy: Culture Club 101 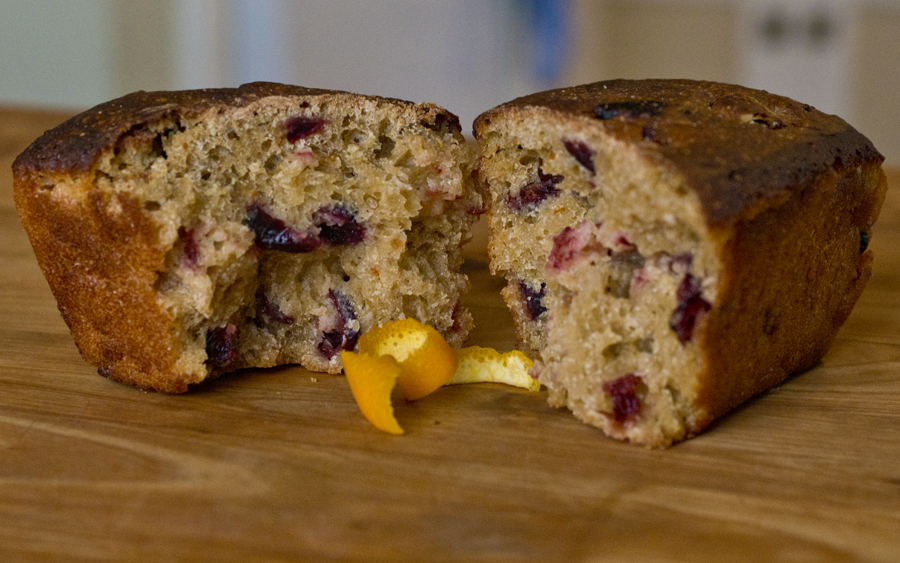 Monica Ford founded Real Food Devotee after real food had improved her health. Monica was able to eliminate all of her food allergies, seasonal allergies, and even heal a couple of cavities. She also hasn’t had a cold in almost ten years. After her health story success plus coming from a family in the restaurant business, she wanted to pay it forward and offer everybody a chance to have real food delivered to their homes. Real Food Devotee has a wide variety of nutrient dense, organic products made from scratch of everything from bone broths and soups to fermented vegetables to desserts and baked goods. Among her baked goods is a cranberry orange einkorn sourdough.

Where to Buy: Delivery through Real Food Devotee 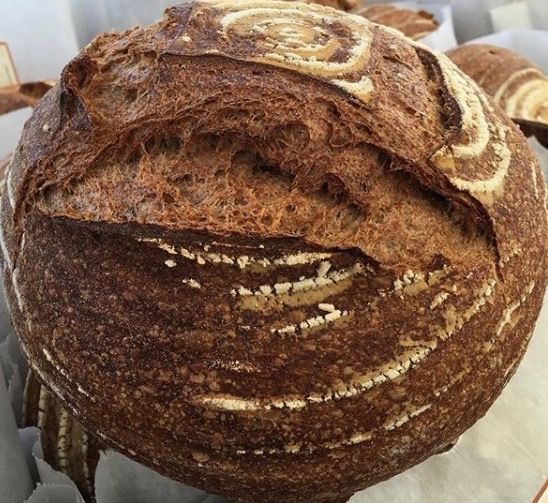 California family farm Kenter Canyon is known mainly for its lettuce, herbs, and leafy greens, but avocadoes, oranges, lemons, and tomatoes are among other crops they grow. And in 2013, they began a grain program, Roan Mills, with the heritage wheat varieties of sonora, glenn, and red fyfe. All of their flour is milled in house. Roan Mills’ sourdough starter is fed every 12 hours to ensure that the microorganisms are healthy and thriving. 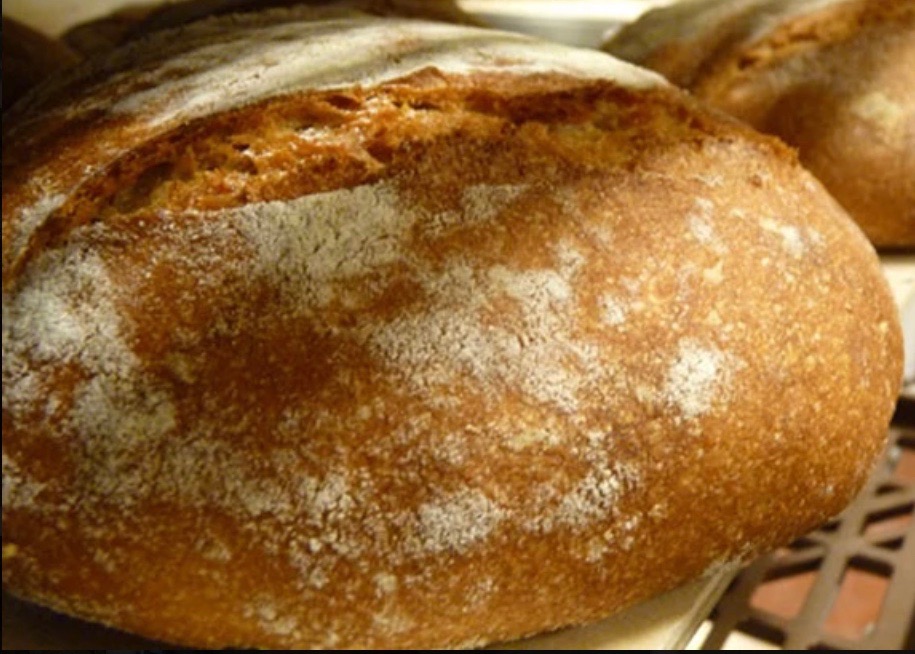 SEED Bakery founder Joseph Abrakjian went from selling his breads at farmers markets to opening his own bakery. Joseph knows all about the ancient tradition of milling, fermenting, and baking bread. He mills intact whole grains on a stone mill only a few hour before baking. The SEED bread then goes through a 12 hour fermentation process. Joseph makes breads out of many heritage grains, such as einkorn, farro, and kamut. 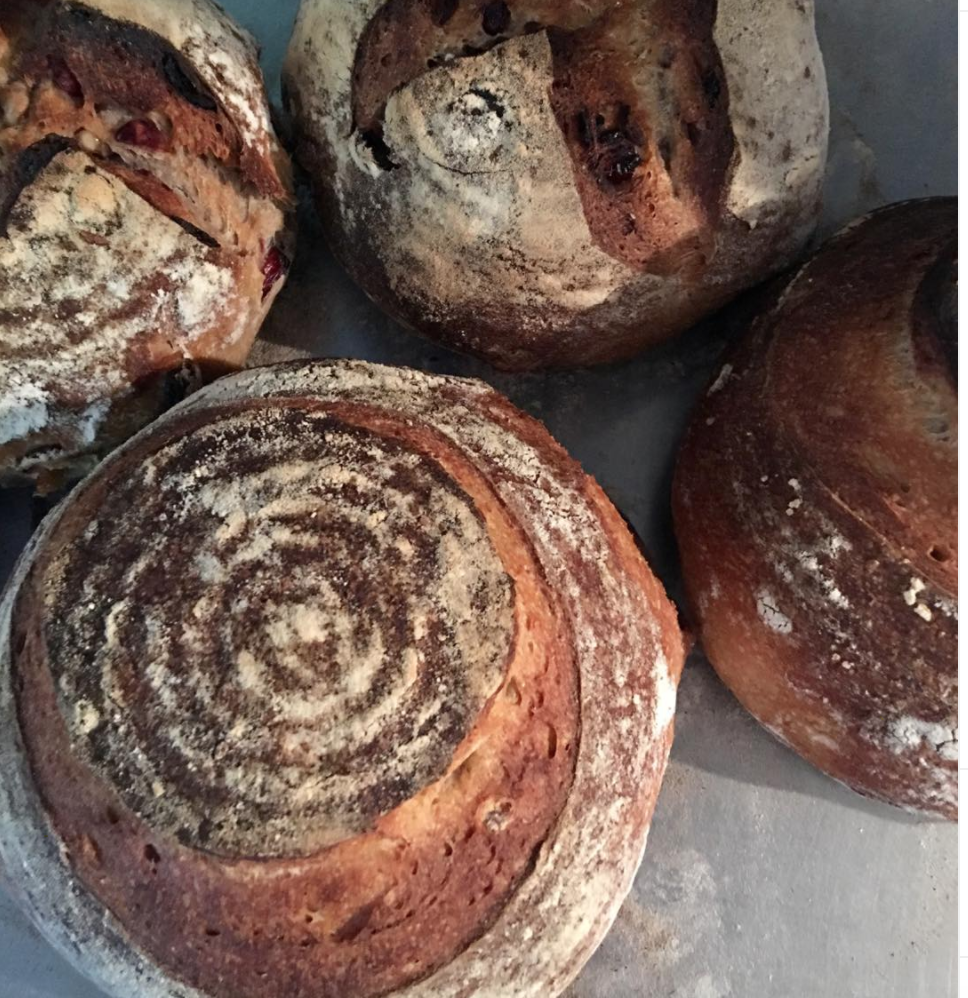 Topanga Grain Company founder Lisa McCullough Roark was raised by a family of great bakers and cooks where everything was homemade. Her father’s side of the family also followed a branch based off of the Amish and her cousins milled their own flour. She then began learning about the dangers of white flour while working many years for a health practitioner. Growing up in the south, Lisa had a love of good food. She decided to buy her own mill and see if she could make food which was both healthy and tasted great. To learn how to cook better, she enrolled in the San Francisco Baking Institute. In 2018, she opened the Topanga Grain Company. For her business, she still mills the grains herself and hand mixes the flour and water to make her wide range of sourdough breads.

Where to Buy: Various farmers markets